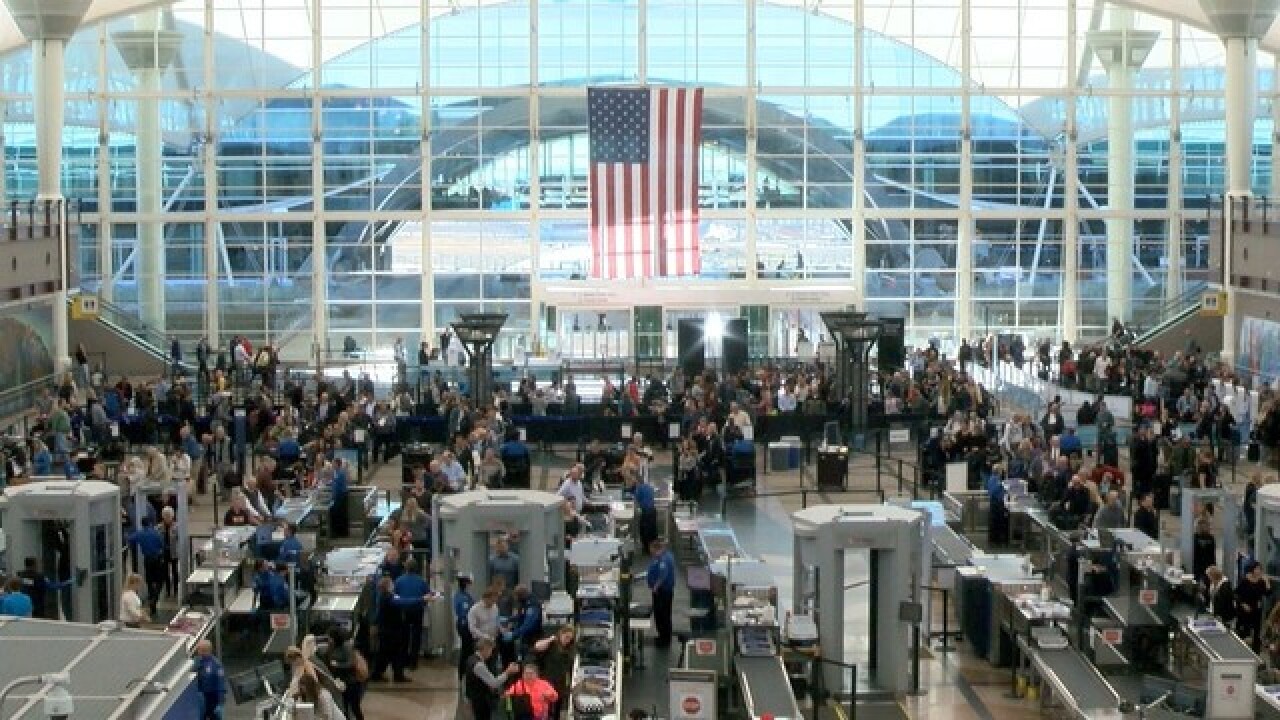 DENVER -- If you have house guests this week and they like to consume marijuana, tell them to eat it or smoke it before they fly home from Denver. Contact7 learned it's still not allowed at DIA despite other airports changing policy in marijuana-friendly states.

"[DIA] has a policy that marijuana consumption and possessing marijuana is not allowed here on airport property," Emily Williams of Denver International Airport said. "It is federally illegal to transport marijuana in a plane. So, you're coming out here to the airport, you're flying in, you're flying out, there's really no reason for you to have it here at the airport."

In other words, generally, you're protected by state laws before passing through security, but must adhere to federal laws once you've cleared security.

Las Vegas's McCarran International Airport is like Denver, however, and asks weed-toting passengers to deposit the products into amnesty boxes at the airport.

At least two passengers who arrived at DIA believe the airport's policies might need a refresher soon.

"If they make it legal for outside [of the airport], I think they should bring it in," Lidya Weldehawriat, originally from Ethiopia, said.

"It doesn't bother me. I don't really care," Dan Warner from Florida said.

Administrators at the Denver Police Department and Department of Public Safety said officers will take "items" as non-evidence and ultimately destroy them.

According to officials at DIA, a Denver police officer will typically explain the airport's rules to passengers who violate them.

Despite a growing, national push to legalize marijuana, DIA officials say airport policy is not likely to change any time soon.

"At this point, I think that's a pretty firm decision. If and when a federal law changes, then I think we will completely revisit that policy," Williams said.