'You may want to pour a shot of tequila': Denver Water reacts to investigation of bonuses, spending 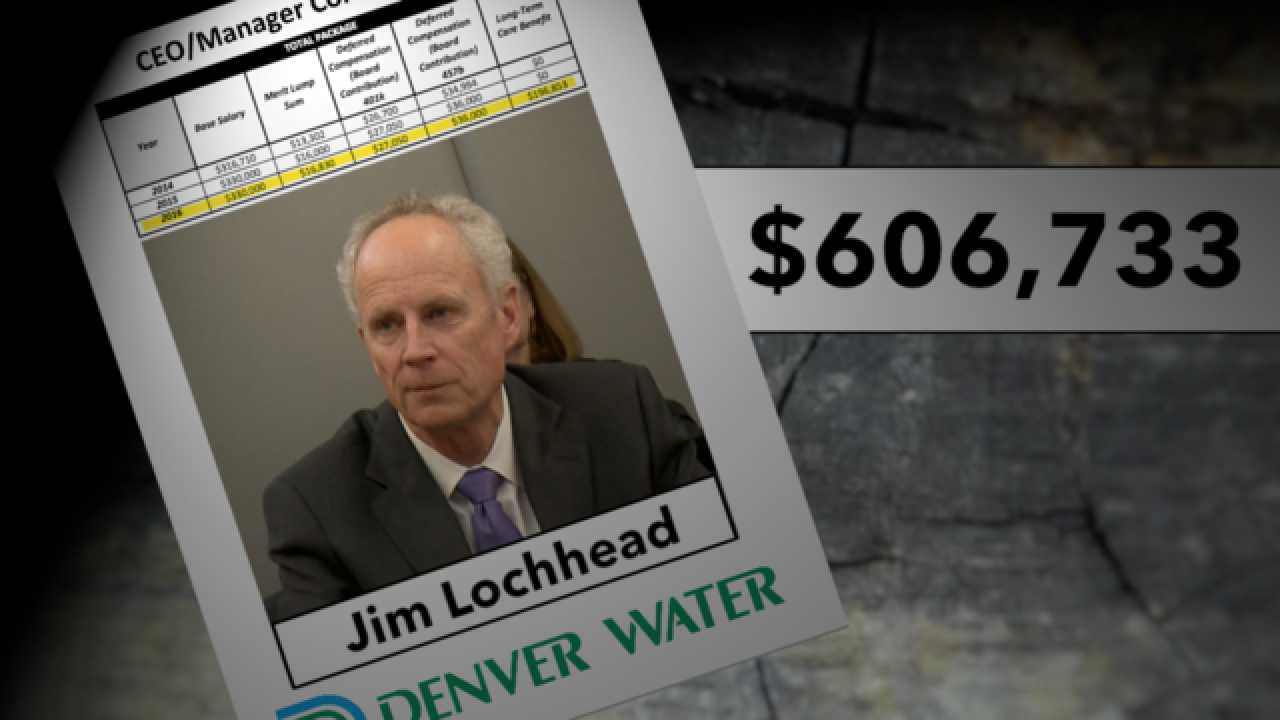 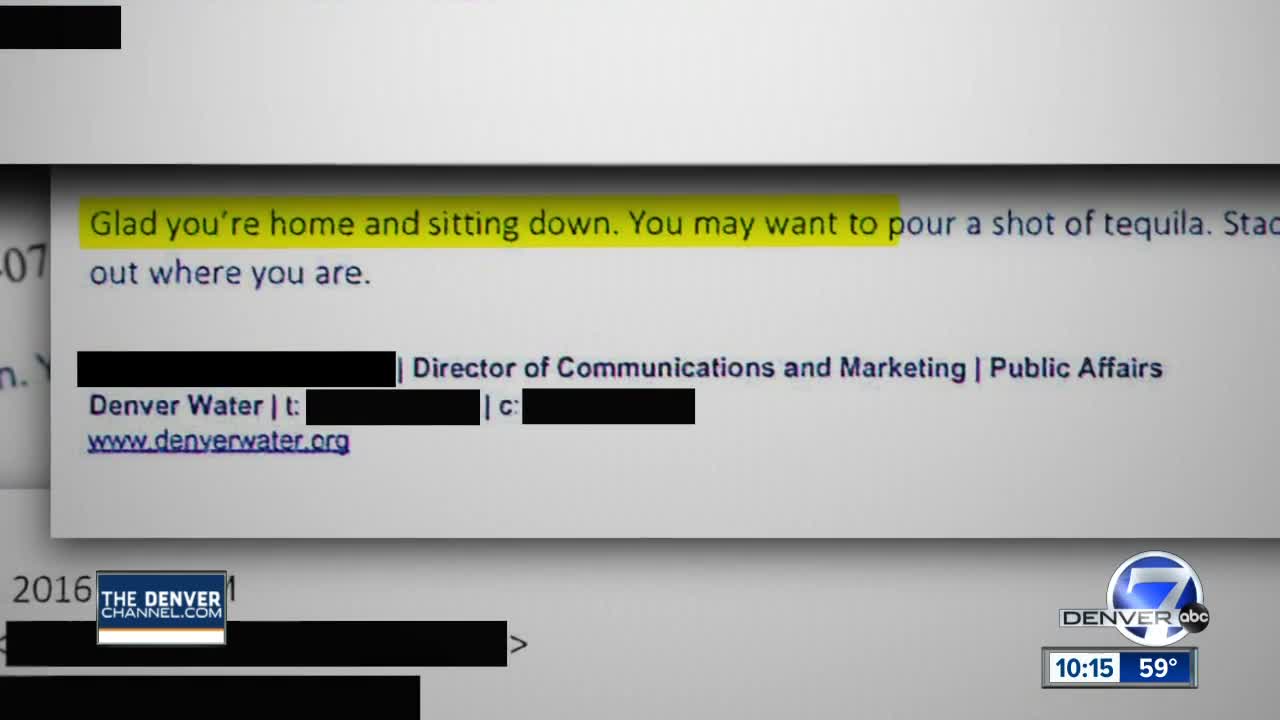 In February, Denver7’s investigation revealed Denver Water gave its CEO Jim Lochhead a $337,000 retention bonus disclosed on public water board meeting documents only as an incentive package for a “key employee.” The investigation also revealed that every member of the utility’s ten-person executive team earns a six-figure salary higher than even the salary of Denver’s mayor, and that same executive team spent close to $87,000 in public money on three retreats in 2016 all held in Denver.

Now internal records reveal the utility’s internal strategizing on how to respond to questions about the bonuses and spending.

“You may want to pour a shot of tequila”

Sources came to Denver7 last year concerned the company’s executive team spending was out of control and ratepayers were constantly being asked to pay more for water.

Denver7 Investigates sent Denver Water a request for records under the Colorado Open Records Act (CORA) in December, requesting records of executive team salaries and bonuses, along with records of spending for retreats and details on changes in rates.

“Where are you? We just got a CORA from Channel 7,” one public affairs staffer wrote to another.

“Home … you can call me. What are they looking for?” came the response.

“Glad you’re home and sitting down. You may want to pour a shot of tequila,” the employee responded.

The next response includes an uncensored four-letter word:

Other email chains show the public affairs team quickly jumped into action to discuss what the implications of the request might be.

“If you are able to attend a brief meeting late this afternoon to discuss this CORA request it would be appreciated,” one email reads.

“Is there going to be a meeting around messaging?” another staffer wrote. “Not until we see what we pull,” came a response.

Once Denver Water turned the records over to Denver7, it appears the “messaging” work began.

Invoices obtained by Denver7 Investigates show Denver Water paid $3,200 to a consultant for “media skills coaching” for Lochhead and former board president Penfield Tate ahead of their scheduled interviews with Denver7’s chief investigative reporter Tony Kovaleski.

When Kovaleski asked Lochhead during the interview about the coaching, Lochhead said it was recorded on video. Denver Water said it could not publicly release that video because it belongs to the consultant.

Denver Water employees began reaching out to Denver7 Investigates after the investigation aired, saying they were angry they didn’t know about the retention bonus handed to the CEO.

“They were trying to hide something, from not only the employees but as well as the public that is paying his salary,” one employee told Denver7, asking that his identity be hidden because he fears losing his job.

“What did this investigation do to morale in Denver Water?” Kovaleski asked the employee.

“[Morale] went downhill even more from what it's been. People were angry,” the employee responded. “First off I had no idea what the executives were even making and that to me -- that's a nice a huge amount of money... And then to get a bonus on top of that, which flabbergasted me. Just totally flabbergasted me. And it makes me angry because most of the employees are making maybe even a quarter of what he's making.”

Denver Water sent memos to employees before and after the Denver7 investigation aired, explaining the organization’s perspective on the issues investigated by Denver7 and sharing full video of Lochhead and Tate’s interviews.

Lochhead declined to give another interview to respond to questions from employees about why they were not informed of his bonus. Instead, Denver Water sent a statement reading: “In order to protect employee privacy, it has never been our practice to announce to employees the specifics of any individual’s compensation. Jim Lochhead recently hosted 13 employee forums to provide an opportunity for candid conversation on any subject. At those forums, he openly explained the details of his compensation and answered employee questions.”

Denver Water employees who contacted Denver7 said the utility’s explanations about the bonuses and spending have not gone far enough.

“Maybe somebody needs to put take the reins away from the board and the [executive] team, and start having some oversight on this organization, and making them held accountable,” one employee said.