“I want the Governor to know. I want everyone to know” 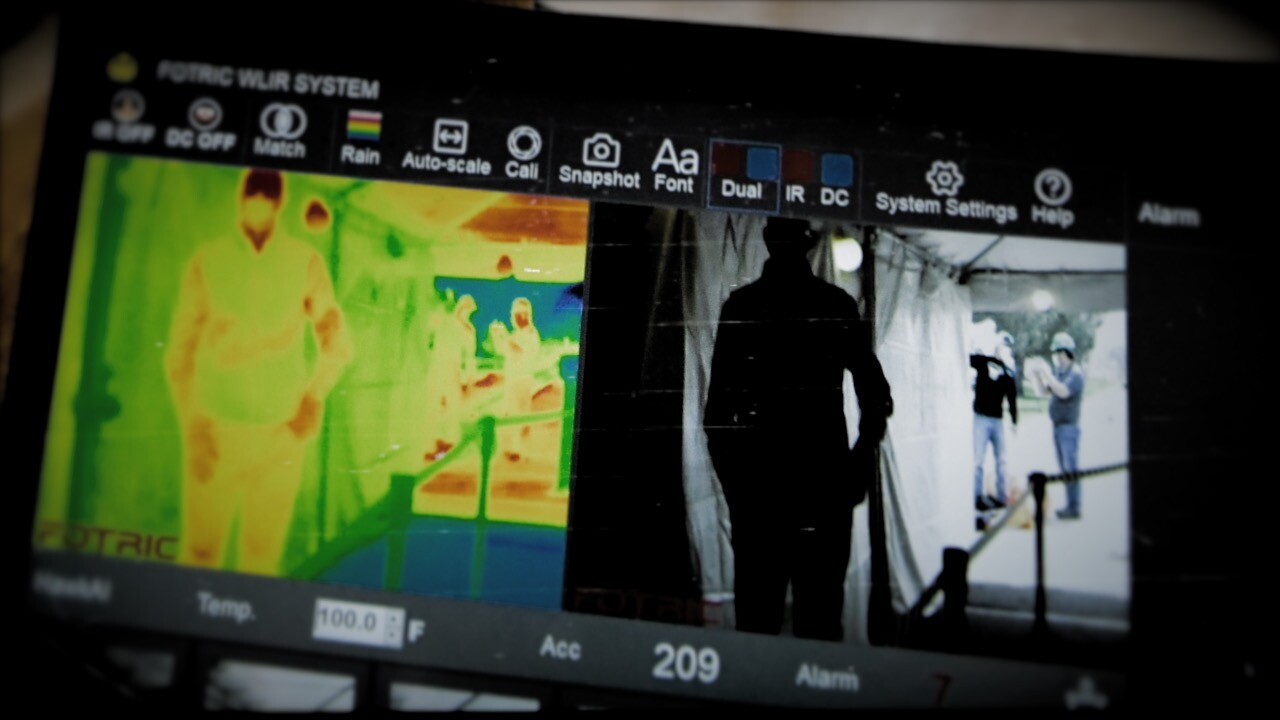 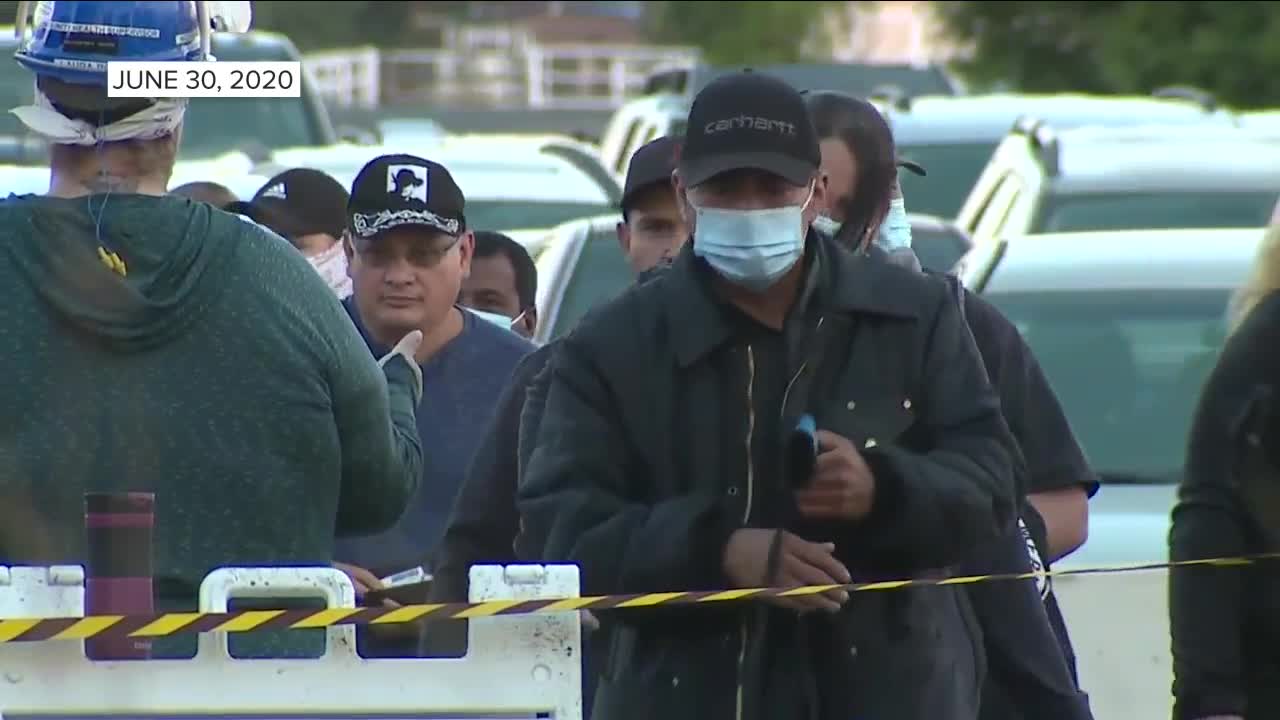 GREELEY, Colo. -- A medical professional hired to screen employees at the JBS meatpacking plant in Greeley claims she was pressured to get employees through the door and feels the company continues to put workers at risk.

The claims come roughly six months after one of the nation’s largest plants was forced to close after an outbreak of COVID-19.

“I want the governor to know. I want everyone to know,” Buck said. “I want them to know those employees are in danger,” said Sarah-Jean Buck, a licensed medical assistant who was hired through a temp agency to screen employees of the JBS meatpacking plant in Greeley.

Buck made her claims in a signed affidavit and in an exclusive television interview with Denver7 Investigates. She spent two months working at the plant.

Buck was working as a temporary employee through a private contractor hired by JBS. Her responsibility was to question, screen and take temperatures of the thousands of employees reporting for work each day.

She said her greatest concern was being told to let employees enter the plant, regardless of if they were sick or not.

“They said we were short-staffed, and we need to start letting people go in,” she said.

Buck described strategies she was given to pressure JBS employees to enter the facility.

“First, we were told to threaten them with no pay,” she said, adding that management intimidated her into clearing employees who had concerning symptoms. “I got chewed out for sending a girl home that was coughing so bad she couldn’t even talk.”

She added: “I even had one guy one time try to tell me he was sick, and I called for an interpreter, and they said, ‘no, just send him to work. We don’t have time to interpret right now.’”

Buck was specifically hired after the Colorado Department of Public Health and Environment (CDPHE) suggested that JBS screen all employees before they enter the plant. The recommendation followed the JBS plant closure in April of this year after it was deemed a “hot spot” by the state.

“I had two upper managements come to me, the head of safety and HR, and tell me I should not be sending people home anymore, just clear them through,” she said.

Buck tells Denver7 Investigates that as her frustration continued to mount, she decided to quit her job.

“I called them and said, ‘you know I’ve complained to you guys several times,” she said. “I took an oath to do no harm. And when they are telling me to forget my oath and put people’s lives at risk, I am not going to do it.”

On April 7, the director of Weld County’s public health department declared the JBS plant a hot spot for COVID-19. The outbreak at the plant was the source of many media reports in Colorado and around the country. In the days following the announcement, the JBS plant closed for several days.

The first COVID-19 death of a JBS employee was announced April 8. Saul Sanchez, 78, was the first of six JBS employees who have reportedly died from the novel coronavirus to date.

In June, an employee at the plant told Denver7 she was concerned for herself and her coworkers.

“It’s just horrible, terrible,” she said in silhouette on camera to protect her identity. “There is no social distancing in (in the slaughterhouse).” There’s so many employees elbow to elbow. It’s not happening with dividers up.”

Responding to her concerns, Denver7 Investigates sent a camera crew to capture employees reporting for work outside the plant. The camera captured employees lined up in close proximity, and some were not wearing masks. When the security crew spotted the cameras, a guard got up from his chair and started to separate employees.

In responding to the Denver7 investigation in June, Gov. Jared Polis said he hoped the revelation served as a wake-up call to all employers, including JBS.

“They know how serious this is. There is no real excuse for not taking every precaution you can.”

Buck said she was present on the day Denver7 showed up to film employees entering the plant and that everyone was made aware of the cameras.

“We were told to go tell the security that the cameraman was there and to get up,” she said. “I was told to go outside and look good, so hopefully they would take a picture of me because I was in scrubs.”

She added that staff were running around and telling everyone when the cameras were spotted.

“Management was getting mad,” she said.

Buck also raised concerns about other obstacles that she believes impacted her ability to properly screen the more than 3,000 employees that report to JBS on a typical day.

“All we had was paperwork in English,” she said. “I would say about 50% of the people speak English, so they are the only ones getting screened.”

Buck also pointed out regular and significant issues with thermometers she was provided to screen incoming employees. She noted that one employee only showed a temperature of 84.7 degrees.

“I told management there is absolutely no way that is accurate because nobody is going to be 84.7.”

Buck said that low-temperature reading occurred regularly during her shifts at JBS.

Buck described her time there as a “culture of denial” where managers would pressure her to get workers into the plant even if there were concerning symptoms, a language barrier or faulty equipment.

“I wanted to make changes, but it just got worse,” she said through tears. “If they don’t figure out what’s really going on there, people are going to continue to die.”

Denver7 Investigates reached out to JBS management, requesting an on-camera interview to address the concerns raised by Buck and one other whistleblower. As with all other requests since April, JBS declined to answer questions from Denver7 and instead issued the following statement:

“Despite unsubstantiated claims from a disgruntled temporary employee, our screening process has been reviewed and approved multiple times by local, state and federal entities, including the CDC. We conduct random, routine surveillance testing of asymptomatic team members to ensure our preventive measures remain effective. The Greeley facility has had only two positive cases in the past eight weeks, with more than 1,253 positives in the county and more than 22,418 positives in the state during the same time period.”