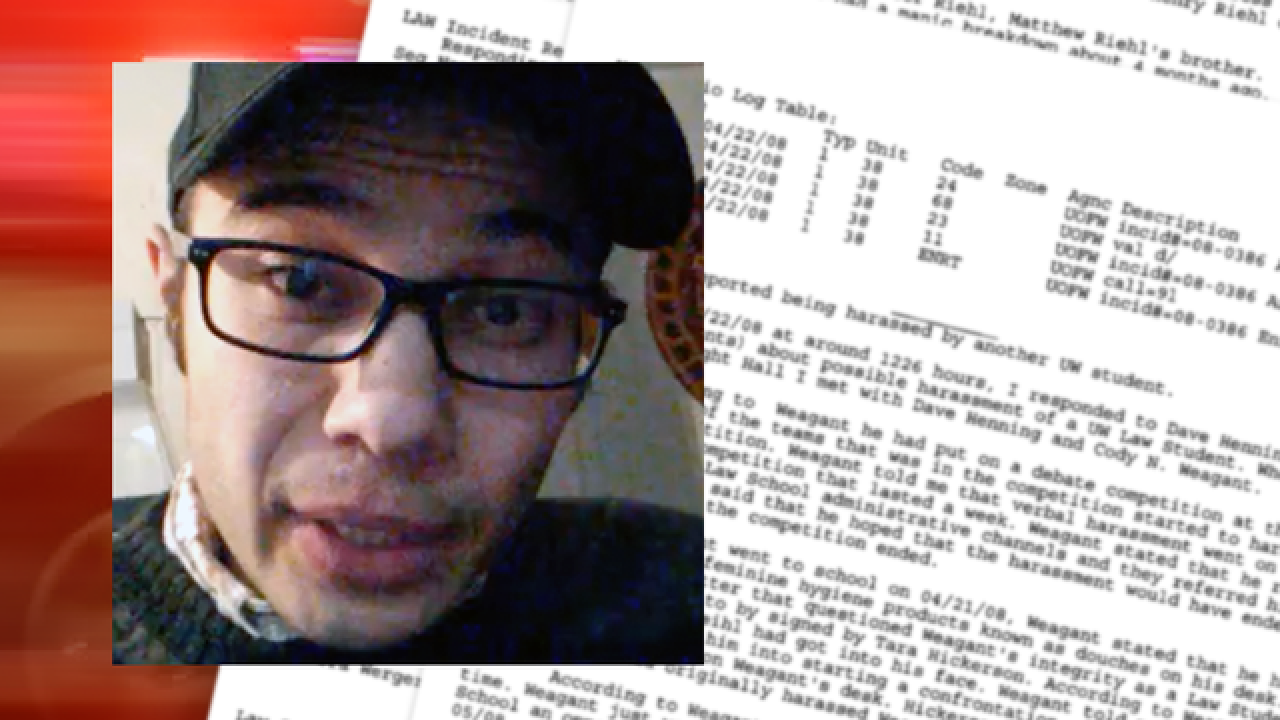 When Matthew Riehl opened fire on Douglas County sheriff’s deputies on New Year’s Eve, it was the culmination of years of concern about the shooter’s mental state – concerns repeatedly expressed to law enforcement.

Riehl once led an accomplished life – he was a military veteran and a former attorney in Wyoming. But his family told police in the final year of his life he stopped taking medication for mental illness leading to numerous reports to law enforcement about his behavior.

Concerns mounted in the weeks before the final confrontation in Douglas County. But none of the red flags prevented the gunfire at the Copper Canyon Apartments – gunfire that claimed the lives of both Riehl and Douglas County Sheriff’s Deputy Zackari Parrish III.

Matthew Riehl’s brother called police in Rawlins, Wyoming reporting his brother was going through a mental health episode and was delusional. He reported Riehl had not had similar issues in the past.

The Department of Veterans Affairs told Congress Riehl experienced a “psychotic episode” in April of 2014 and escaped from a VA mental health ward during treatment for the episode. The VA said Riehl “was located and brought back” and placed on a 72-hour mental health hold.

Lone Tree police responded to a family disturbance where Riehl was in an altercation with his father. Family did not press charges and Matthew Riehl left for the night.

Lone Tree police conducted a welfare check after received a call from Riehl’s mother reporting concerns about his mental health. Riehl would not open the door for police but spoke to them for 14 minutes through a closed door. A sheriff's office report indicates police could see rifles through the basement windows of the residence. However, police had no probable cause to believe Riehl was a danger to himself or others, and the suspect declined mental health services.

Riehl called police in Lone Tree claiming his mother and brother made a suicide pact and were a danger to the community. Police responded to the family home and found the allegations were untrue. Riehl’s mother told police he had left a month prior and was staying in Rawlins.

Police in Rawlins responded to an address where Riehl was believed to be staying, but found another family living there. A relative told police Riehl “said he was going to symbolically disassociate with family on Sept. 9” and had not taken his medication since February.

A woman went to the Laramie (Wyoming) Police Department to report disturbing texts from her ex-boyfriend Matthew Riehl. The texts made strange sexual references, including a text that said, “I wouldn't want to mentally rape you with a coat hanger.” In response to the woman's report, police called Riehl and left him a voicemail. There is no indication in the police report officers ever made contact with him about the texts.

Riehl began posting allegations about his former law school at the University of Wyoming on Facebook. The College of Law’s dean told campus police Riehl was making wild accusations against him and he “understood Riehl to have mentioned gun violence in the past.” Police were unable to contact Riehl to ask him about the social media posts.

Another law school official contacted campus police about Riehl’s unhinged Facebook posts, with one comment reading “Shot that motherf---er dead on the streets of Laramie.”

Police contacted Riehl’s brother, who said his brother was bipolar and had a manic breakdown four months prior but had no history of violence or threatening behavior. Police later talked to Riehl’s mother, who said her son frequently sent her bizarre emails, behavior she attributed to PTSD stemming from his 2009 deployment.

The law school sent an email warning to students and faculty about Riehl’s social media posts that included pictures of Riehl and the car he was believed to be driving.

A Lone Tree police officer stopped Riehl’s car and gave him a speeding ticket – a ticket Riehl felt was unjustified. In the weeks after the incident, Riehl obtained a video of the traffic stop from the police department and posted ranting videos about the incident on YouTube.

He also launched an email campaign, sending at least 15 emails to the court and the officer who wrote the ticket. In one email, he bragged he was a “more disciplined marksman” than the officer. He also posted the officer’s home address on social media.

University of Wyoming police contacted the police department in Lone Tree to advise them of Riehl’s strange social media posts about the campus.

The Douglas County Sheriff’s Office conducted a welfare check after a Charles Schwab financial advisor reported Riehl had been sending “weird” emails and would hang up the phone when he called. Riehl refused to open the door and the DCSO sergeant left because Riehl did not sound distressed.

A Lone Tree police officer told police at the University of Wyoming they had issued a statewide bulletin to law enforcement on Riehl so other officers would be aware of his behavior.

Members of the DCSO community response team visited Riehl with a mental health professional “in an effort to determine if he (Matthew) was in need of some sort of intervention.” Riehl answered the door only to ask if the authorities had a warrant. When they said no, he told the team they were interrupting his movie and slammed the door.

Lone Tree PD asked the Douglas County Sheriff’s Office to investigate Riehl’s response to the traffic stop and whether his emails to the Lone Tree officer and YouTube comments rose to the level of a crime. The sheriff’s office turned its findings over to the district attorney who determined they could not file criminal charges because Riehl did not make any overt threats.

Denver7 Investigates has requested additional records which may shed more light on prior encounters between Matthew Riehl and police. This timeline will be updated as additional details become available.