Copyright 2019 Scripps Media, Inc. All rights reserved. This material may not be published, broadcast, rewritten, or redistributed.
Denver7
Eight hours before he shot and killed his son and then himself early on Sept. 20, Anthony Tesoriero was dressed down by a Douglas County District Court judge for his “alienation” of his son, told he had zero credibility and that the judge’s decision would “include substantial time with Mom.” 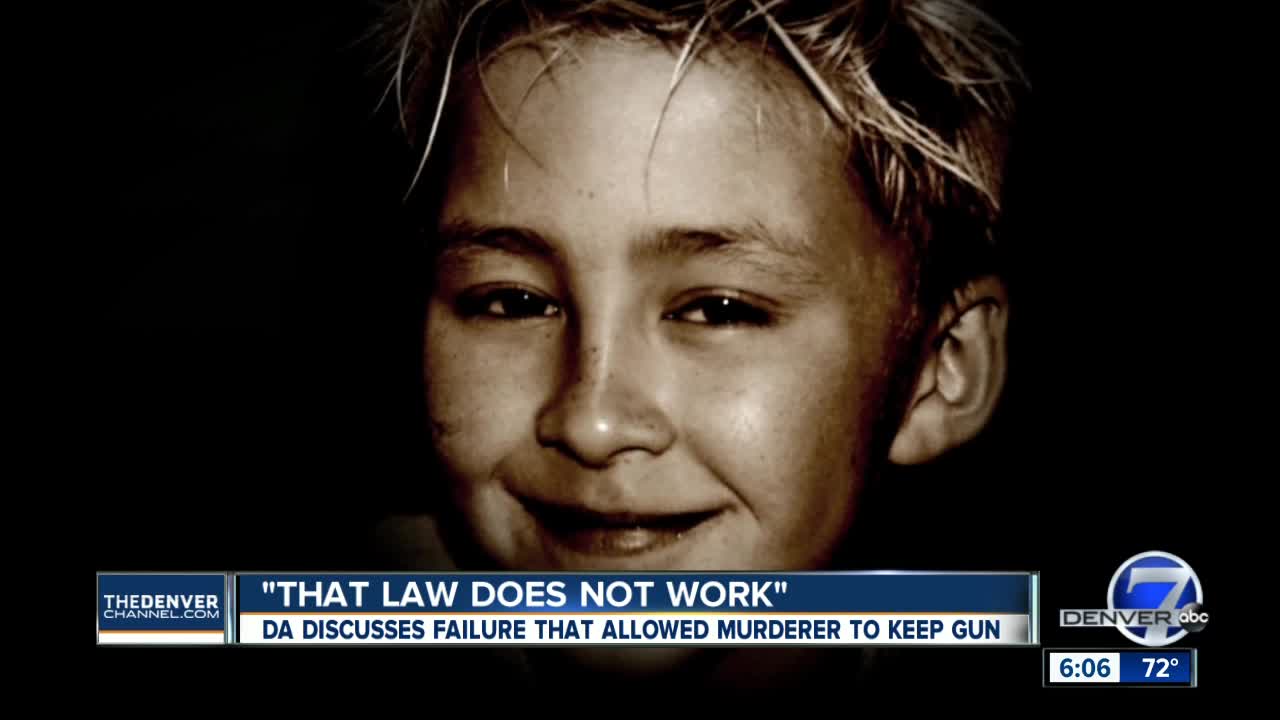 ARAPAHOE COUNTY, Colo. -- Domestic violence abusers with protection orders are supposed to turn over their weapons under Colorado law, but Contact7 Investigates has found that doesn't always happen.

Anthony Tesoriero, who shot his ten-year-old son, Ty, and then killed himself, is one of those abusers who never should have had a gun, but clearly did.

"This is obviously an extremely difficult case, especially in the rear-view mirror. This is the worst conceivable outcome to anyone of these domestic violence type cases," said 18th Judicial District Attorney George Brauchler. "You can't help but ask, should we have done something different? Could we have achieved something different?"

A law which should have prevented Tesoriero from ever having a gun.

"Problem is, that law does not work," said Brauchler.

"We filed, I think, seven different motions seeking warrants for the arrest of the domestic violence perpetrators who were under these protection orders who failed to provide that notice to the court that says, 'Hey, we've turned our weapons over to someone else,'" said Brauchler.

But he said the courts have "denied" these motions saying they won't grant an arrest warrant for non-compliance in these cases.

"Every county court judge signed off on an order that said, 'No we're not going to do it, and no, we don't think the law requires us to do it,'" he explained. "That left us with no other options. It's a law that is toothless and largely unenforceable."

Tesoriero never turned in this gun, even after his ex-wife filed a mandatory protection order against him in 2015. A gun he never should have had, used to do the unimaginable.

"They need to acknowledge that this law is ineffective, it does not work, not by word and certainly not by practice and it needs to change — if that's our goal," said Brauchler.

Brauchler said the legislature could close the loophole just by tweaking the language. He said they are aware of the problem but for some reason haven't fixed it.

"You have created a law where the DA has no role to play at all, and when we try to play a role what we're told is — you don't have the information to force us into enforcing this law," he said. "What we need to do is change the law to make it clear that whether you have a firearm or whether you don't, you must file something with the court that says either I don't, or I've turned it over to someone else."