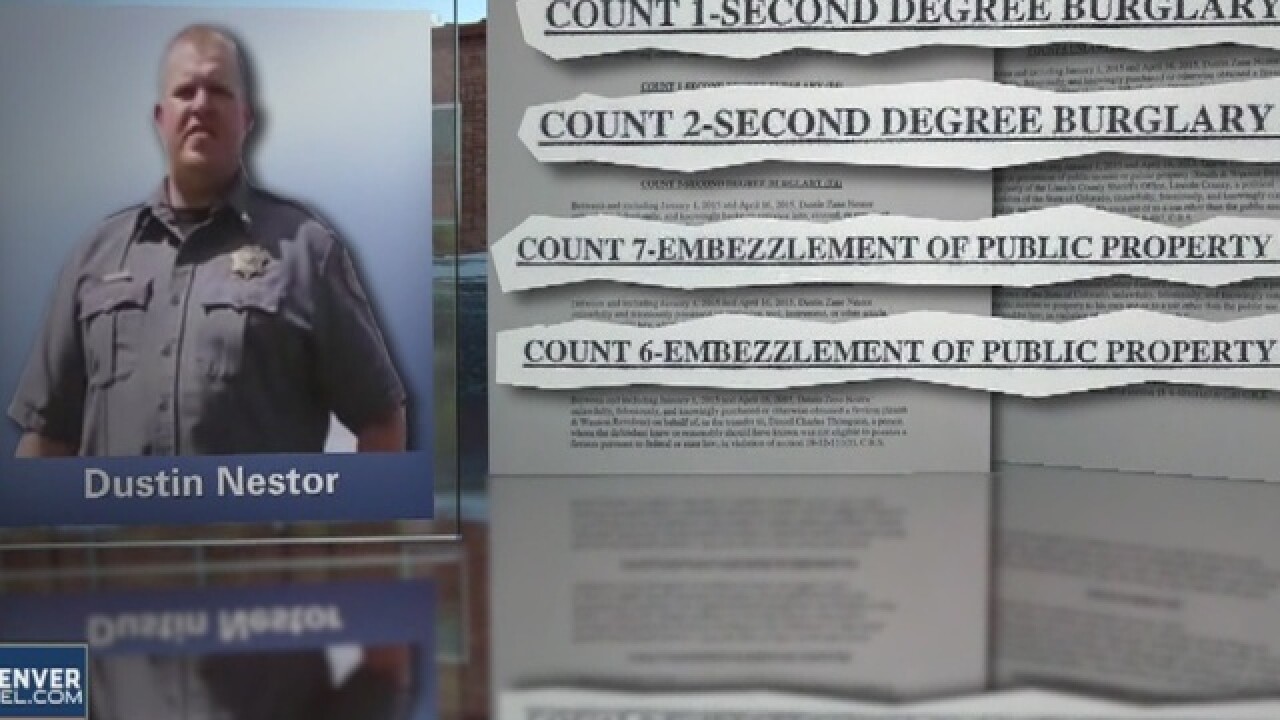 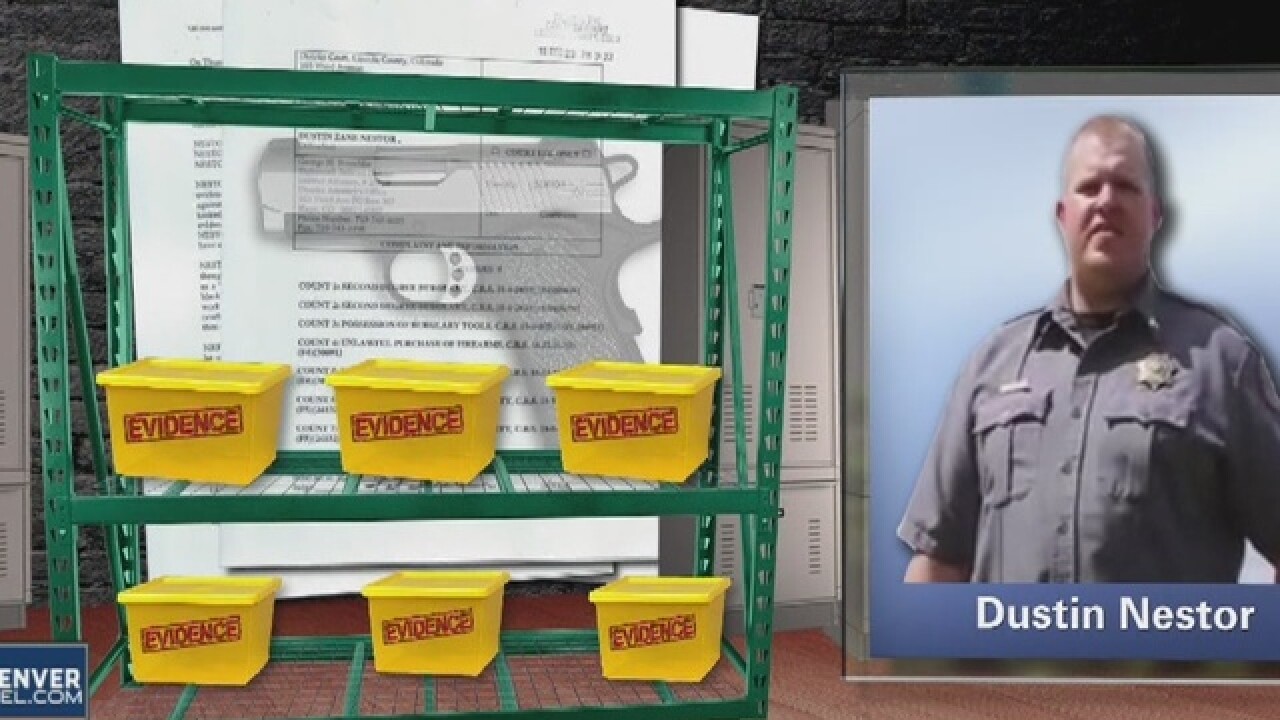 The brother of the Lincoln County sheriff is accused of taking weapons from the evidence locker. Even after he confessed, it took more than eight months for the charges to be filed.

"It's heartbreaking. I can't say any more than that it's absolutely heartbreaking," said Tom Nestor, who has served as the elected sheriff of Lincoln County since 2007. "I would not expect this from any of my employees -- brother or not. They're treated the same. I am appalled."

After a lengthy investigation, District Attorney George Brauchler made the decision to file charges.

“From our standpoint, this is serious,” said Brauchler. “Nobody's above the law."

Details inside the criminal complaint expose a troubling trail of information. The sheriff’s brother, who worked as the communications supervisor for the sheriff's office, admitted to breaking into the sheriff’s evidence locker and stealing a Smith and Wesson .357 seven-shot revolver. He also admitted to giving the gun to a convicted felon, hoping the felon would sell it for about $1,400, according to the criminal complaint.

The sheriff said he is “absolutely” concerned the case might have an impact on the integrity of his office.

The criminal complaint also alleges that Dustin Nestor was able to gain access to the evidence room because it was not properly secured.

Less than a week after his initial confession, Dustin Nestor also admitted to stealing a second gun from the evidence room, according to the criminal complaint. But he only remembered this "during one therapy session."

The court document says the sheriff’s brother stole the second gun five days after stealing the revolver and this time, he accessed the evidence locker by taking a master key from a key storage locker inside the sheriff’s office.

Also troubling is the fact that nobody in the sheriff’s office noticed that the the guns were missing from the evidence locker for more than 100 days.

When asked about the trust people should have in his office, the sheriff responded, “Once it came to light we've taken substantial steps to improve security, key control for our evidence locker. Obviously, that is our biggest issue.”

Denver7 Investigates also raised questions about delays in the investigation. Records show Zane Nestor admitted to the crimes in April 2015. Charges were not filed for more than 8 months. The court document said the charges were filed on Dec. 23 – two days after Denver7 called about the status of the case.

When asked why it took so long for charges to be filed Brauchler responded, “I think that's a fair question."

He said part of the delay can be attributed to a forensic computer analysis and illness to an investigator.

“Our call had nothing to do with it?” Kovaleski asked.

“Listen, if I got a call from Tony Kovaleski that said, ‘What's the status of this case?’ Would that light a fire under me to find someone in my office to say, ‘Why is this drawing the attention of the public?’  Ya!" Brauchler said.

"Might it have taken another week or two to get it filed, but for your call.... OK, I can live with that. But I don't think it was languishing on a desk waiting for your call.

“There was no special treatment for the brother of a sheriff?” Kovaleski asked.

“Not a chance. Not in this jurisdiction. No way,” Brauchler said.

"Do you think he has remorse for what happened?” Kovaleski asked Tom Nestor.

The sheriff responded, “I have no doubt. I have no doubt in my mind he is remorseful. I don't know what was going on with him at the time. I can't speculate on that but I have no doubt about his remorse.”
Dustin Nestor’s trial is expected to begin later this year. He resigned from his position in the middle of the investigation.

In the wake of the break-ins to the evidence locker, the sheriff has implemented several changes.