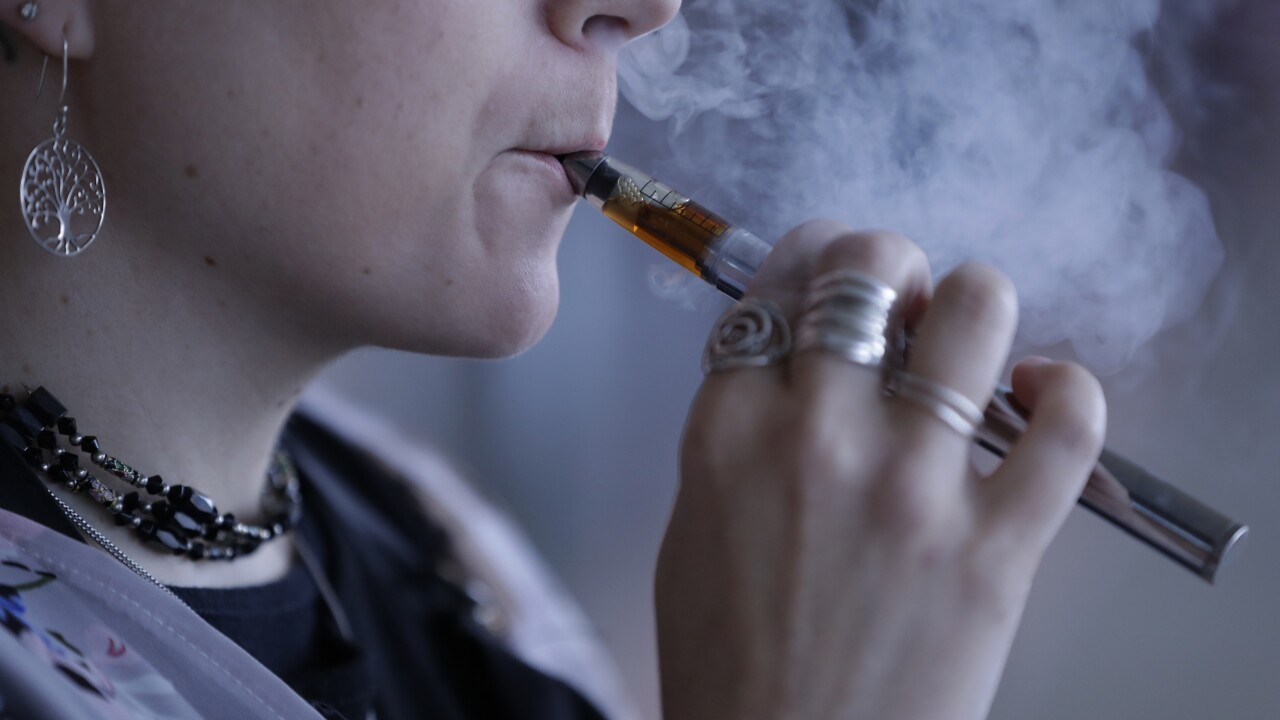 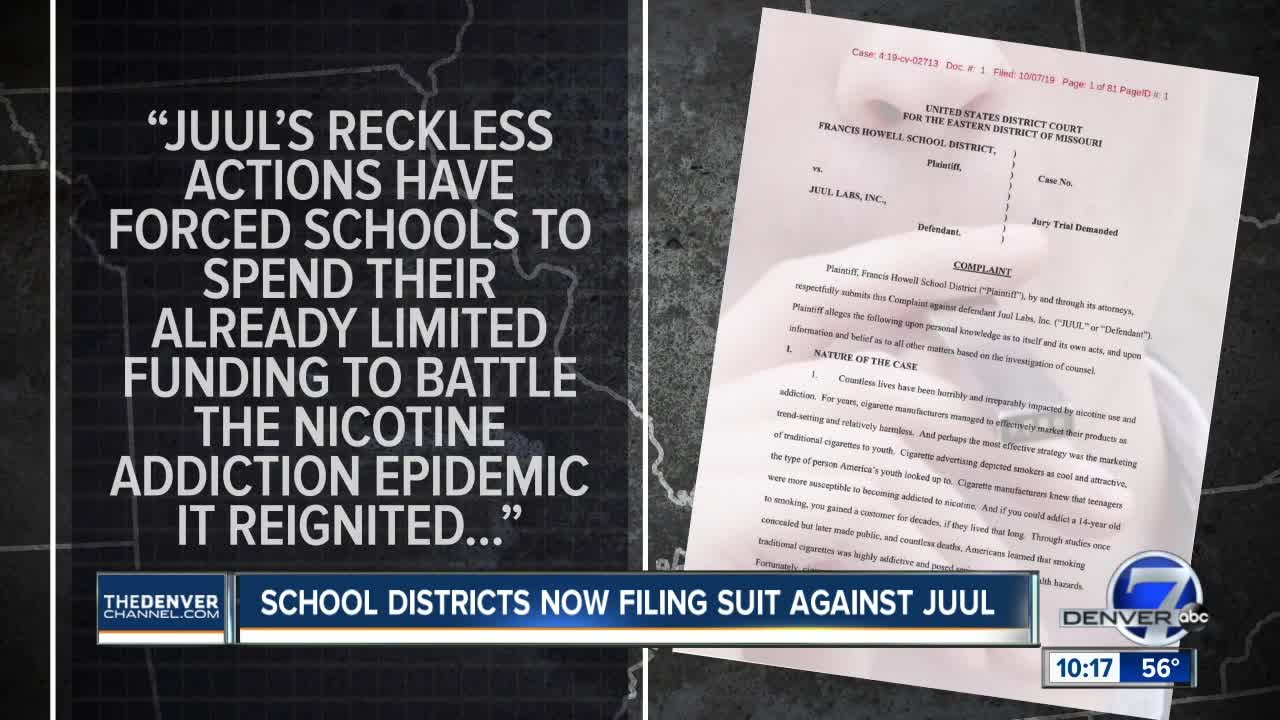 DENVER – Last week, a school district in Missouri filed the first law suit of its kind against JUUL Labs Incorporated. That was quickly followed by several other school districts across the country, all seeking reparations for the damages they claim e-cigarettes have done to their students.

These are just the latest in what is expected to become a landslide of lawsuits against an industry already in the cross-hairs of a federal, criminal investigation.

Denver attorney Mike Berg says there has never been a time when we’ve seen hundreds of people injured and dozens killed by a product that didn’t face one court filing after another. It appears those flood gates are starting to open.

“You’ve got the private citizens and you’ve got the lawyers who are going to be suing on their behalf,” Berg said. “And then you’ve got the states and potentially even the federal government coming back and saying OK, like in opioids, saying we want to be reimbursed for the cost of the health treatments.”

JUUL is already facing consolidated, personal injury litigation from dozens of individuals, schools, counties and states. The latest coming out of Florida this week by the family of an 18-year-old who died after becoming "intensely addicted to JUUL products.”

In Alabama, lawyers are armed for a long fight after filing a similar suit on behalf a one of the state’s largest school districts. They write: “JUUL’s reckless actions have forced schools to spend their already limited funding to battle the nicotine addiction epidemic it reignited.”

The complaint goes on to say, “…this lawsuit puts JUUL and other vaping manufacturers on notice that they cannot unleash such an immense threat to the public’s health and safety with impunity.”

Many Denver-area high schools are also being forced to resort to expensive detection devices and counseling programs for students, anything to protect their populations from illness or even death.

And Colorado is one state that must deal with a massively addicted teen population, 40% by some estimates.

“I know that the majority of the student population is super addicted to nicotine,” said Elizabeth High School senior Taylor Brooks. Brooks said that since middle school she has seen that addiction among her classmates growing geometrically.

In fact, a big part of lawsuits like this involve the marketing of vaping products to teens. JUUL’s CEO stepped down last month after discovering the company was under federal, criminal investigation.

Attorney Mike Berg has been involved in some of the largest product liability cases in the country. He says the playbook for these cases was written a long time ago.

“What we find in most of these cases is that they do their own studies," Berg said. "And many times we find that they know it and then they hide it.”

He points to big tobacco and asks if this sounds like a familiar set of charges, misrepresenting the addictiveness of nicotine, increasing nicotine content, deceptive marketing as a healthier alternative and targeting the youth market.

Once again, Berg said, these will be the pillars of legal action against big vape.

JUUL has already agreed to pull all broadcast, print and digital advertising. Big box stores are pulling vape products and quit-line call centers are having to add volunteers. But hospital beds are also filling up. And millions of teens are still puffing away like there’s no tomorrow.

Berg thinks the number of people impacted by vaping is trending the same way the tobacco did. He believes vaping illnesses and deaths are being under-reported by as much as 90%. He said once more victims realize vaping may be responsible for their illnesses, Colorado attorneys will be added to the long list of those filing lawsuits against the vaping industry.