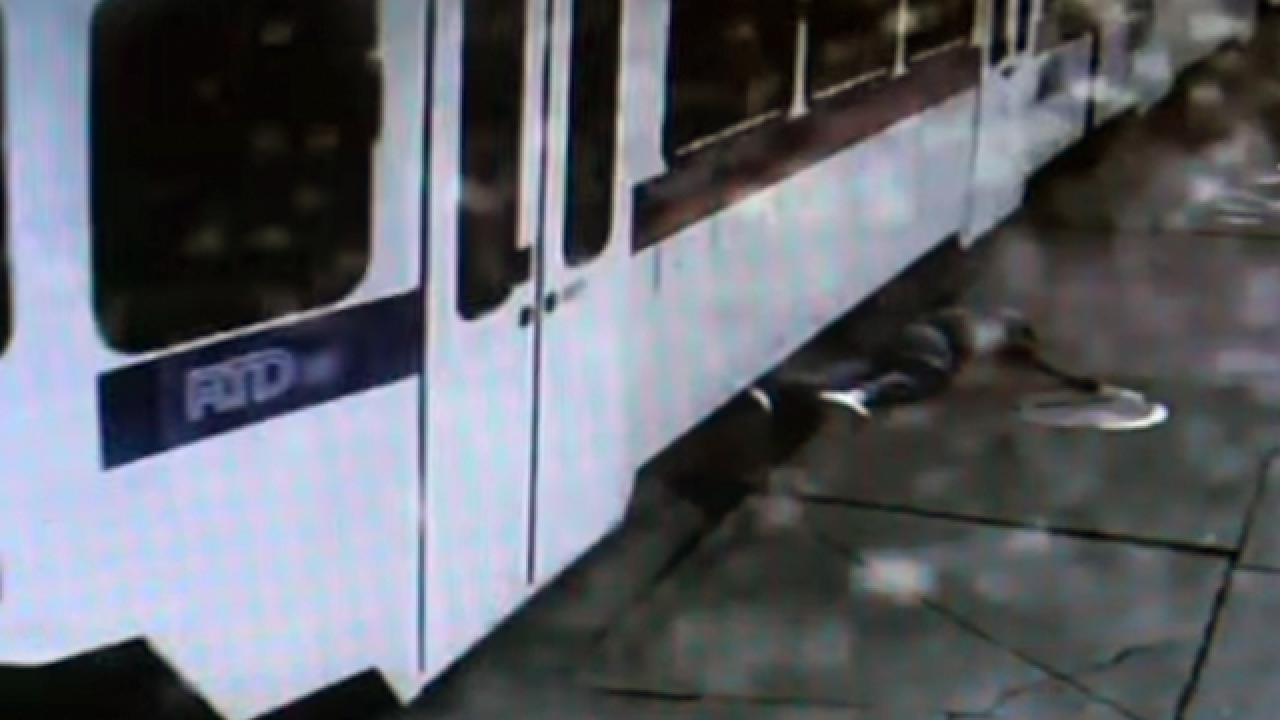 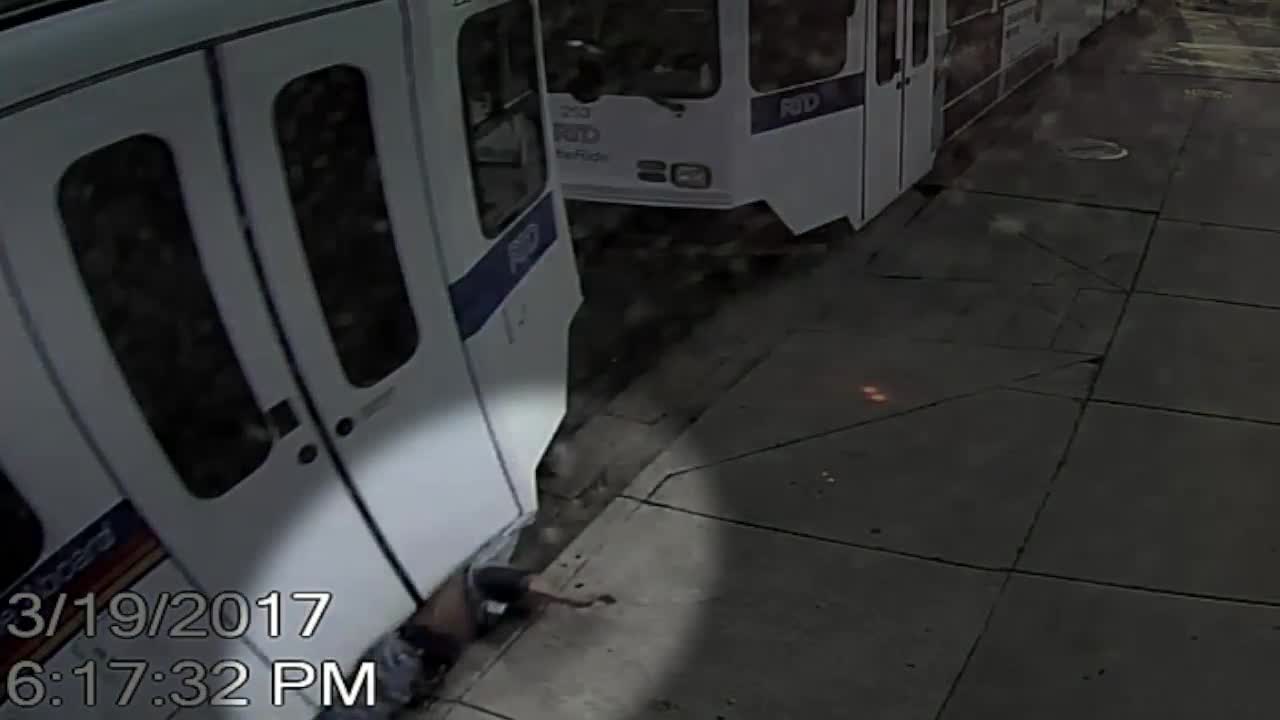 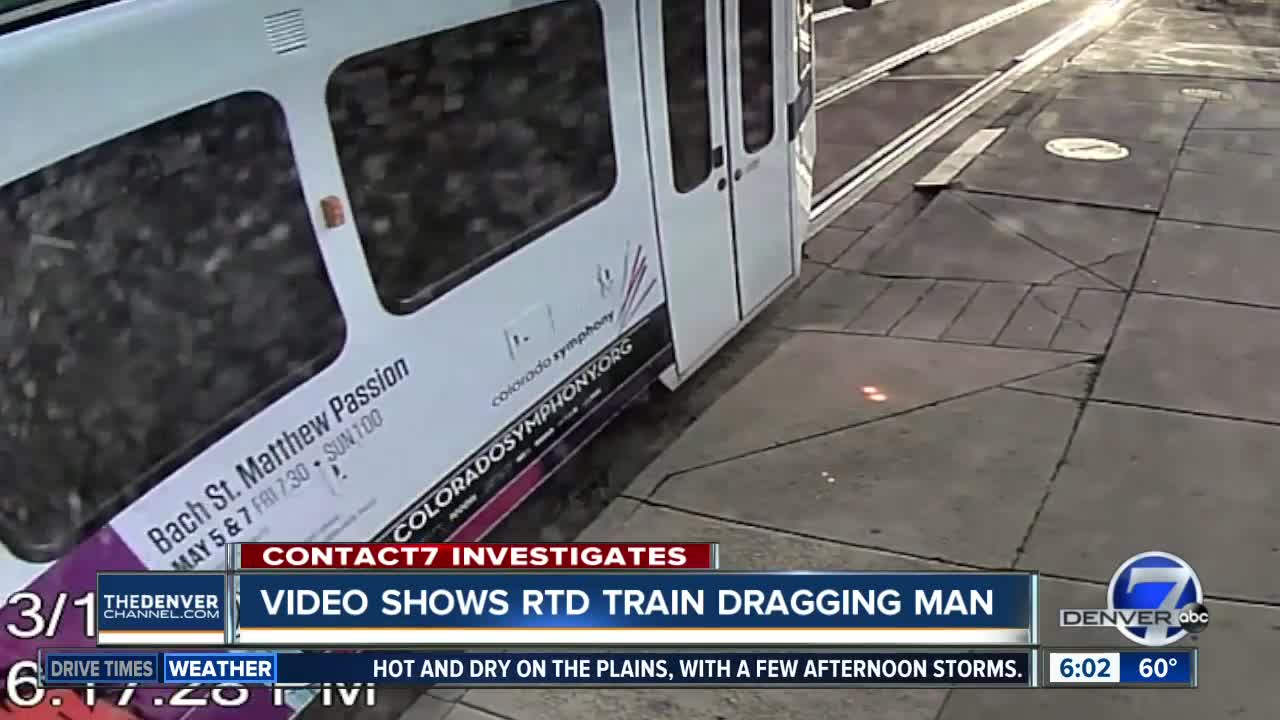 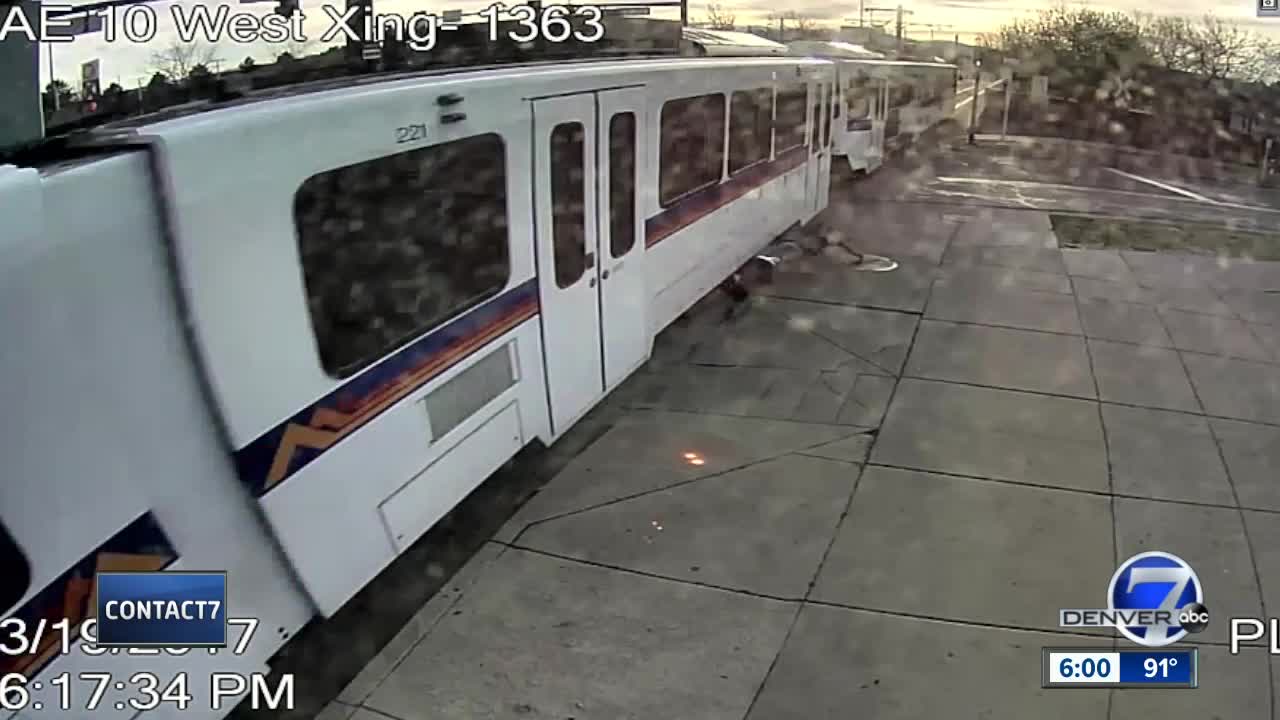 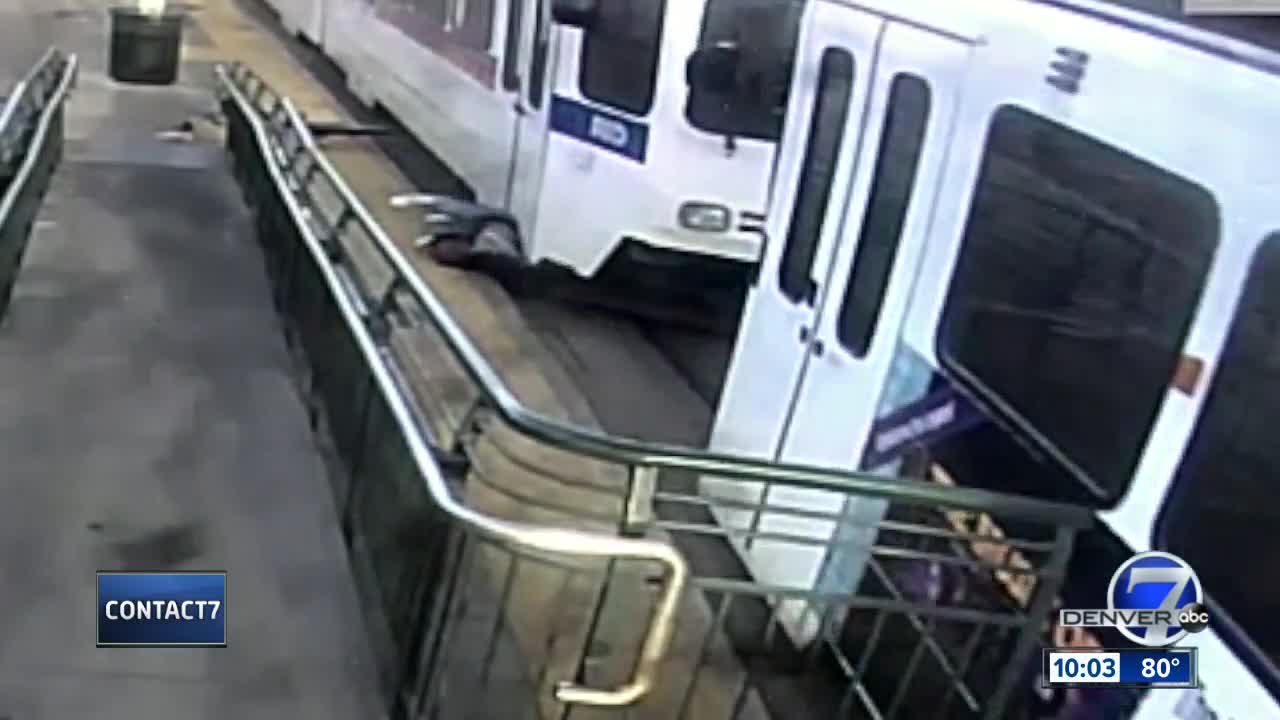 DENVER – A man trapped under and dragged by an RTD light rail train is asking RTD to cover his medical bills, and he says the video of the whole thing shows why they should.

Sam Hynes' bike became stuck in the train door as he got off the RTD light rail train at the Colfax at Auraria stop March 19, 2017. Hynes freed his bicycle and got off the train. The man's attorney then says he then lost his balance and fell. He became trapped between the train platform and the outer edge of the train.

"I'm amazed he wasn't killed. I was really shocked," the man's attorney, David Krivit, told Denver7. Hynes asked to speak through his attorney and declined an interview.

Video from platform security cameras, and obtained by Denver7 through the Colorado Open Records Act, show Hynes being dragged by the train until his body hits what appears to be a wheelchair ramp.

The velocity at which he hits the ramp dislodges his body from under the train, the video appears to show.

According to the Denver police report, both paramedics and an ambulance were called to the scene, and Hynes was rushed to the hospital.

RTD spokesman Scott Reed said the incident could have been much worse, based on the video and said the train driver did not see the man.

“It was difficult for the train operator to see that. That’s a bad line of sight,” Reed said in an interview done last month. “The train operator could have used mirrors a bit more effectively.”

Reed declined to discuss the case more on Tuesday noting that Hynes is pursuing a claim against RTD.

“As to your question about the medical condition of Mr. Hynes, while there are medical records that could answer your questions, that information is confidential as part of the claim,” Reed said.

Denver Police Department reports provided to Denver7 do not mention a medical condition leading to the incident.

Krivit said he and his client respect RTD and want to reach an agreement with RTD to settle this case. Krivit said the amount of money in a request delivered to RTD this week is confidential.

“We are happy to report that Mr. Hynes survived this incident and is on the road to recovery. We are currently cooperating with RTD as part of the investigation into this frightening event, to determine exactly what happened and how it can be prevented. We are also working with RTD to resolve Mr. Hynes’ medical and physical damages and to determine how we can assist in improving public safety. We will have more information and details for you at a later time,” Hynes' attorney said.