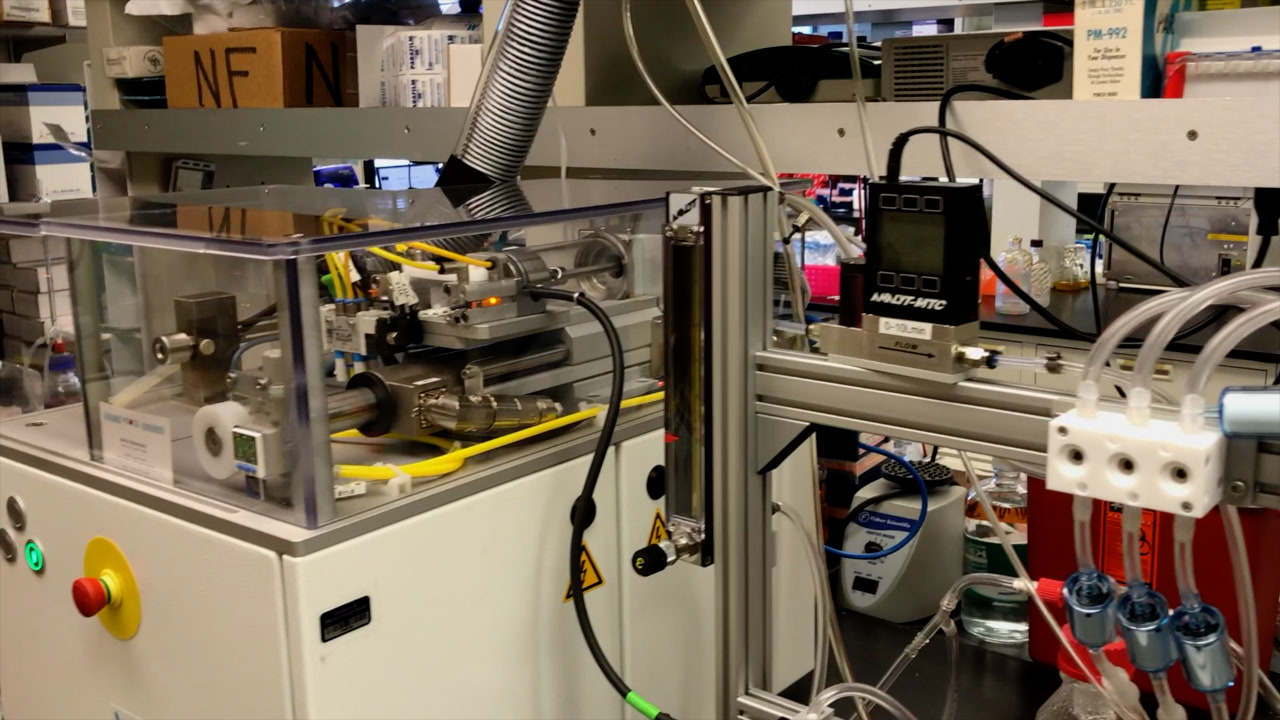 Copyright 2021 Scripps Media, Inc. All rights reserved. This material may not be published, broadcast, rewritten, or redistributed.
Denver7
National Jewish Health has been busy figuring out why the vape craze is killing so many who never got the chance to quit. The hospital is using a special machine that can draw vapor from an e-cigarette and pass it over live human lung cells. 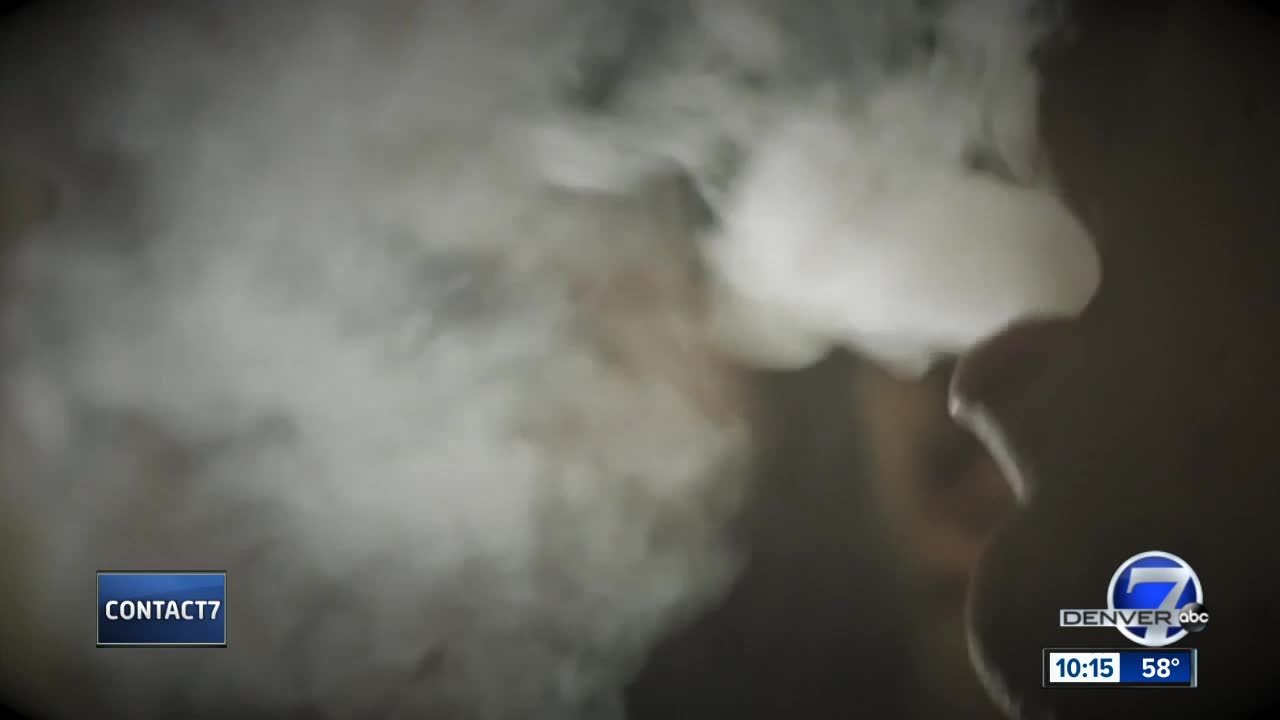 DENVER — The numbers are growing as fast as the concern. Doctors here in Colorado say an entire generation is facing illness and death due to vaping. Nationwide, more than 1,000 people – mostly teens and young adults – have suffered severe lung damage. Twenty-six people have now died from vaping related illnesses.

Thanks to the work of researchers in Denver, we now know a lot more about why vaping is so dangerous and why so many people here and across the country are suffering severe lung injuries and even death. EVALI, or e-cigarette, or vaping, product use associated lung injury, appeared in a newly issued guidance for health care providers from the CDC last week.

Those trying to find the answers are calling this epidemic a perfect storm that began with a marketing plan designed to strike at a teenage audience.

Evan Holbrook, 16, admits he’s been vaping since he was just 13. He says addiction came fast.

But he is still convinced his vaping is safer than smoking cigarettes, a message vape companies rely on to keep the sale of vape pens and cartridges brisk.

Dr. Robin Deterding from Children’s Hospital Colorado has been fighting to get teens to at least try to quit for years, and spreading a message aimed at getting others to never start.

“This is made to addict kids,” Dr. Deterding says. “It snuck up on them and it snuck on parents too.”

Deterding says her stance against all vaping for teens has not come without pushback from vaping fans. Some have been trolling her on social media, even leaving obscene voice messages. She has not been deterred.

“In my career I can’t think of an epidemic for kid’s health like we have now – that is life threatening, depending on what they put in, addicting, causing them to increase their opportunity or chance that they’re going to smoke later,” she said.

That’s a message heard by Thomas Ylioja frequently. Ylioja is the Clinical Director of Health Initiatives for National Jewish Health in Denver.

“We do know that young people who start with vaping are more likely to go on to use other forms of tobacco in the future,” he said.

Ylioja also runs the national call center for smoking cessation. That center recently refocused and renamed its effort to get more teens to call in for coaching on quitting vaping. “My Life, My Quit” has increased calls and online logins to the program nearly tenfold.

“They’re really concerned about it and so they’ve been calling, texting and going online and using our chat function just to say, ‘Look, I’m worried about what I’ve seen in the media,’” Ylioja said. “They say I don’t want my family to be the one that’s grieving because I’m in the hospital or something worse has happened due to vaping.”

And while Ylioja is dealing with the addicted, his employer, National Jewish Health, has been busy figuring out why the vape craze is killing so many who never got the chance to quit. The hospital is using a special machine that can draw vapor from an e-cigarette and pass it over live human lung cells. Researchers are using every kind of vape juice they can find – from those with and without nicotine, flavored and unflavored, those with oil-based juice and those without.

What they are not testing is THC-infused vaping products. Despite all the attention THC cartridges are getting for their potential role in severe lung illnesses, marijuana is still illegal in the eyes of the federal government and getting approval for testing it is a long and arduous process.

However, what researchers are finding with the help of that vaping machine is unlike anything we’ve seen or heard about vaping before.

“Is there a certain manufacturing process, or a certain supplier or a certain combination of products that is more damaging than another? We don’t know that yet,” Petrache says. “I don’t believe we are at a state in our investigation, our research, to really recommend one manufacturer versus another or to say one is safer than another, or that one is associated with acute lung injury and one is not.”

Petrache says all vaping products likely have the potential to injure or even kill. Here’s what the vape machine is now telling researchers.

As super-heated vape juice is inhaled, it hits the cilia along the airways first, instantly cooling to body temperature. The vape chemicals can shut down the body’s ability to produce mucus which is used to keep the airways clear. It then reaches the lungs, where the cooled vapor now coats alveoli, paralyzing or even killing them. Those alveoli are the only mechanism the body has to exchange oxygen for carbon dioxide. Coating these alveoli with vaping oils and chemicals also allows viruses and bacteria to invade the lungs unabated.

“The lungs cannot be cleared as we normally clear the pollutants that we inhale. And it’s causing severe inflammation,” Petrache said. “Some of these conditions become irreversible.”

If the young vaper can survive that, what comes next only compounds the problem. Addiction comes easy to the teenage brain.

Unlike in adults, nicotine disrupts the development of a teen’s brain. The addiction to nicotine instantly impacts learning and memory. Even in low doses, nicotine can make the teen more susceptible to brain disorders like ADHD.

But perhaps even more frightening to health professionals is that once an addiction is created, the young brain develops an appetite for other addictions to other things.

“Whenever a young person starts using nicotine as their first substance, it primes the brain for future addiction from other substances,” Ylioja says. “These are very similar pathways that work in other addictions, like alcohol, with cocaine and with heroin that are giving you those feel-good chemicals.”

Ylioja says an adolescent doesn’t have the capacity that an adult does to resist addictions once they are launched.

“You’re priming the brain. You’re creating those pathways through the brain from one brain cell to the next that then can be reactivated in the future by other substances, and that’s really concerning,” Ylioja said.

Finally, for those who have chosen to quit vaping, other than coaching and counseling, there are no approved products to ease the urges. No patches, no nicotine gum. Every cessation device approved to help people quit smoking and vaping are approved for adults only. The FDA never considered those not old enough to purchase nicotine products would need a way to quit.

“We haven’t researched what’s the right quit response for kids,” Deterding said. “So, we don’t know exactly what the right products are to substitute for nicotine for these kids who are addicted.”

This epidemic was a perfect storm that took years to ignite and will take years to extinguish.

Editor's Note: This story will air Tuesday on Denver7 News at 10 p.m.