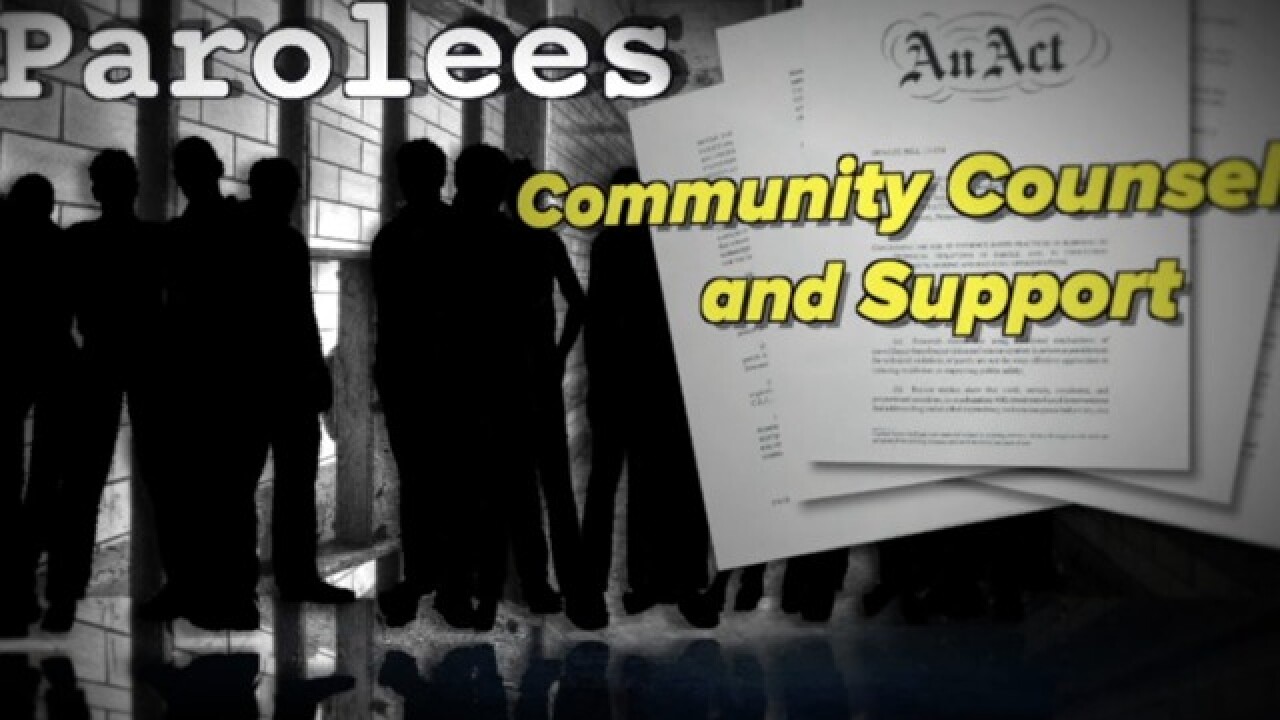 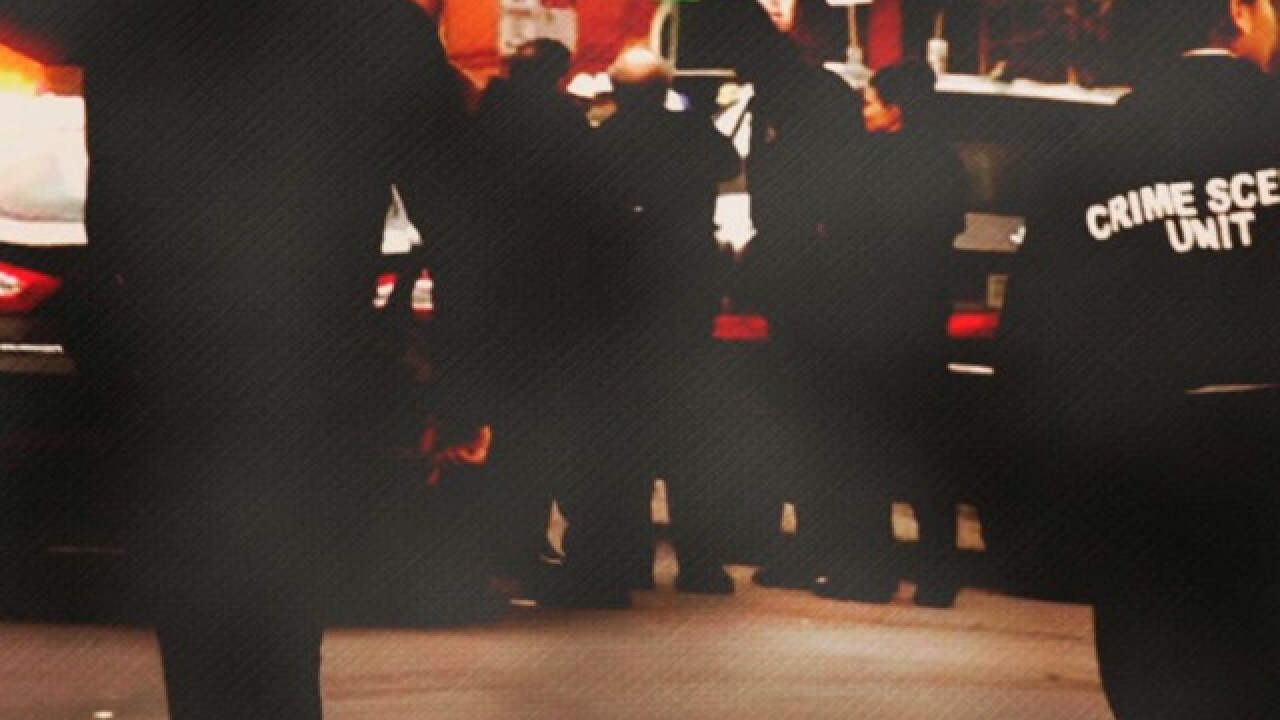 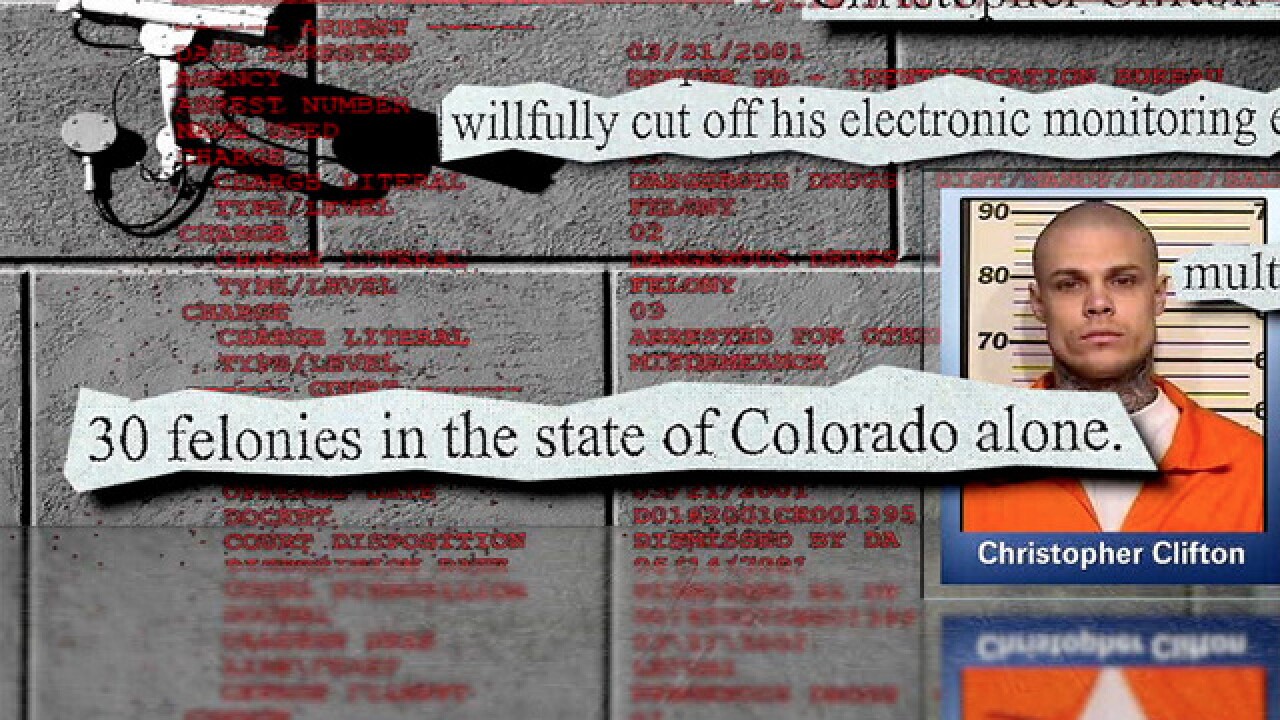 Colorado parole officers fed up with the state’s efforts to reduce the number of parolees sent back to prison tell Denver7 Investigates they believe the reform efforts are leading to increased crime.

“The community is at risk,” one officer said. “I can't do my job. No matter how hard I try and no matter how much I beg, they will not allow me to protect the citizens anymore."

The officers’ displeasure stems largely from a new law that took effect in 2015 aimed at limiting the number of parolees returned to prison for technical violations such as missed curfews, missed appointments, failed drug and alcohol tests, and skipped counseling sessions. The changes are modeled after programs the Colorado Department of Corrections (CDOC) says have shown success in other states at reducing recidivism, with the philosophy that sending people to prison is not the most effective way to change behavior.

Prior to the reform efforts, officers said they could move more easily to have offenders charged with new crimes for such technical violations. Now, many of their recommendations are reviewed by a group of CDOC managers who can overrule the officer’s wishes and mandate more intermediate measures such as drug treatment or short stays in jail known as "Sure and Swift" stays.

“You have individuals now out there who know that nothing is going to happen to them,” one parole insider told Denver7 Investigates. “They're in a no-lose situation. And they're going to continue to break the law.”

Feeling they have no other recourse, officers have taken their displeasure to the media; not only to Denver7 Investigates but to the Denver Post and Complete Colorado. Now parole officers have gone on camera to voice their concerns. And the woman in charge of CDOC’s adult parole division, Melissa Roberts, admits her department has a morale problem.

“One of the messages I have tried to get across is that the officers are our greatest resource, they are the boots on the ground doing the hard work every day,” Roberts told Denver7.

“What if I told you they don't believe that?” Kovaleski countered. “They believe their power has been taken away by you and others in top management.”

“I understand that they feel that their discretion has been put in question. That doesn't mean that their judgment is being put in question. It means that we have a senate bill from 2015 that requires us to use intermediate sanctions before we recommend revocation to the parole board,” Roberts responded. “When I have the parole board chair telling me that they're seeing recommendations for revocations when… appropriate intermediate sanctions haven't been used, I need to address that.”

The parole officers point to two recent shootings of Denver police officers as evidence the department is allowing dangerous people to stay on the streets: the Dec. 2 shooting of DPD Technician John Ruddy, and the Feb. 22 shooting of Officer Rachel Eid.

“[The] recent shootings in Denver, in your professional opinion, were those preventable?” Kovaleski asked one of the parole officers.

“Absolutely preventable,” said the officer. “We can’t hold our offenders accountable anymore and they know it.”

Gonzalez was on parole and was wearing a GPS ankle monitor when he was shot and killed in the police shootout. Parole records provided to Denver7 Investigates by the Colorado Department of Correction show curfew and ankle monitor violations, failed drug tests and missed treatment. But the department did not make a move to return Gonzalez to prison before the shooting.

“It could have been prevented. I can tell you that if he was held accountable and taken in front of the parole board that he would more than likely not have done this,” one parole officer told Denver7 Investigates.

Instead, Gonzalez went to jail three times briefly in the final four months of his life for what is referred to under the new philosophy as a “Sure and Swift stay,” with the final hold ending less than two weeks before police say he shot an officer. Each stay was five days or less.

Correctional officials also said Gonzalez was turned away from a parole-related “programming” appointment four days before the shootout because he did not have enough money for the required co-pay.

CDOC said Gonzalez’s violations were relatively minor and did not seem serious enough to necessitate his return to prison. The state said prior to the shooting, Gonzalez was employed and he seemed to be doing better than any of his three previous tenures on parole.

“I think there were good decisions made in that case. Did Mr. Gonzalez ultimately make a very poor decision? Absolutely,” Roberts said.

As for Munoz, he was discharged from parole in September of 2015, just a few months before he was shot and killed during the incident involving Ruddy. Munoz received “earned time credit” that allowed his supervision to end early, even though parole records show numerous problems during the final months of his supervision.

Parole records show Munoz absconded and fled to New Mexico for 17 days in June, and he was deemed “high risk” in several notations. In May, records indicated someone complained about receiving threatening messages from Munoz. The records also indicated Munoz failed to report for scheduled drug tests in both March and April. Yet Munoz’s parole supervision ended in September. The state said the reforms had no bearing on Munoz’s discharge from parole and earned time must be granted to offenders by law.

Roberts said CDOC accepts responsibility for the behavior of all of the offenders it supervises, but also said such setbacks are common in the world of parole.

“We work in a dangerous business. We work with people who make very bad decisions. Some are trying very hard to make better decisions. Our job is to hold those accountable when they make poor decisions,” she said.

Denver7 Investigates obtained an internal memo that seemed to detail an officer’s frustration that a potentially dangerous fugitive may not return to prison when he is captured.

Christopher Clifton, a parolee with a lengthy arrest record from multiple states, cut off his ankle monitor and has not been seen in weeks. The memo suggests Clifton is a member of a dangerous gang but CDOC managers have ordered felony escape charges not be filed if Clifton is apprehended, meaning he would not return to prison despite his parole officer’s recommendation.

Denver7 Investigates showed the document to the officers who agreed to go on camera about their frustrations, and they said the case is an example of what they believe is a reckless approach by the state to cut recidivism at any cost.

“This is absurd,” one officer said.

“Why do you think we were sent that internal document?” Kovaleski asked.

“To show the truth that [CDOC management] is not allowing us to do our job. That the community is at risk. That we’re frustrated as parole officers and we’re scared for the community.”

Roberts said prosecutors would make the final decision on charges against Clifton if he is apprehended. She said CDOC management will consider whether to recommend revocation of his parole at that time.

“What we need to do is look at how long he was gone and what happened while he was absconding,” Roberts told Kovaleski. “This is one point I don’t think people really understand. If we recommend revocation and the parole board does decide to revoke that person, many of these offenders are going back for 90 to 180 days. I think some people think that once they're revoked they go back to prison never to be seen again. It's a pretty short turnaround.”

“But it's certainly longer than sure and swift,” Kovaleski responded.

“It absolutely is. Yes. And there [are] two different utilities to both,” Roberts responded.

Denver police union president Nick Rogers listened to portions of the anonymous parole officers’ interviews with Denver7 and thanked them for coming forward.

“This needs to be fixed before someone else becomes a victim,” Rogers said. “I think anybody [who] watches this, [who] takes an interest in their community … I think they need to call their local government, their city council, their state legislature, the governor's office, and voice your opinion. And tell them you don't accept this. You don't think this is right.”

The parole director said she has an open door policy and wants to hear everything officers frustrated with the reforms have to say. She told Denver7 her department will not retaliate against the officers who spoke out, and she is trying to address officers’ concerns.

Roberts said she believes the parole officers who are unhappy with the reforms are in the minority. She cited statistics that parolee arrests are down 63% since the implementation of the reforms last summer and recommendations from officers in the field to return parolees to prison are also down significantly.

“They're giving them a sure and swift [short jail stay.] They're sending them to a jail-based treatment program. They're putting them on intensive supervision with GPS. They're really doing an excellent job of understanding what the violation is, what the offender's motivation for the violation is, and what they think is the best response and sanction for that violation,” Roberts said.

Each of the parole officers who spoke with Denver7 Investigates said they care about the parolees they supervise and never want to send them to prison. But they said some offenders simply do not want to change, and the new philosophy makes it much more difficult to take those kind of parolees off the street.

“I see good officers [who] had zero intention to leave, leaving to go to other departments. And to get out. I sit and meet with officers on a daily basis. They're so frustrated. They're ready to give up. They don't know what else to do,” one officer said.

“If nothing changes what's your concern?” Kovaleski asked another officer.