'Nobody is paying attention to what is going on here': Concerns raised about 'COVID-19' motel in Aurora 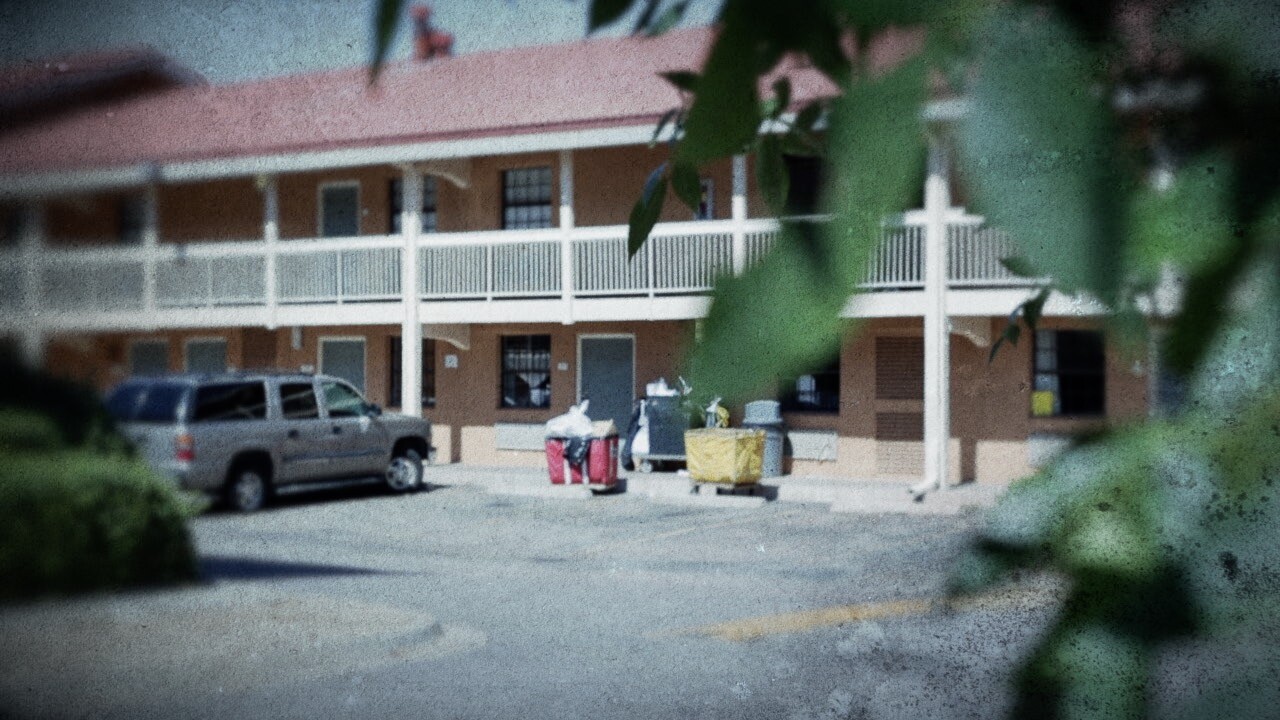 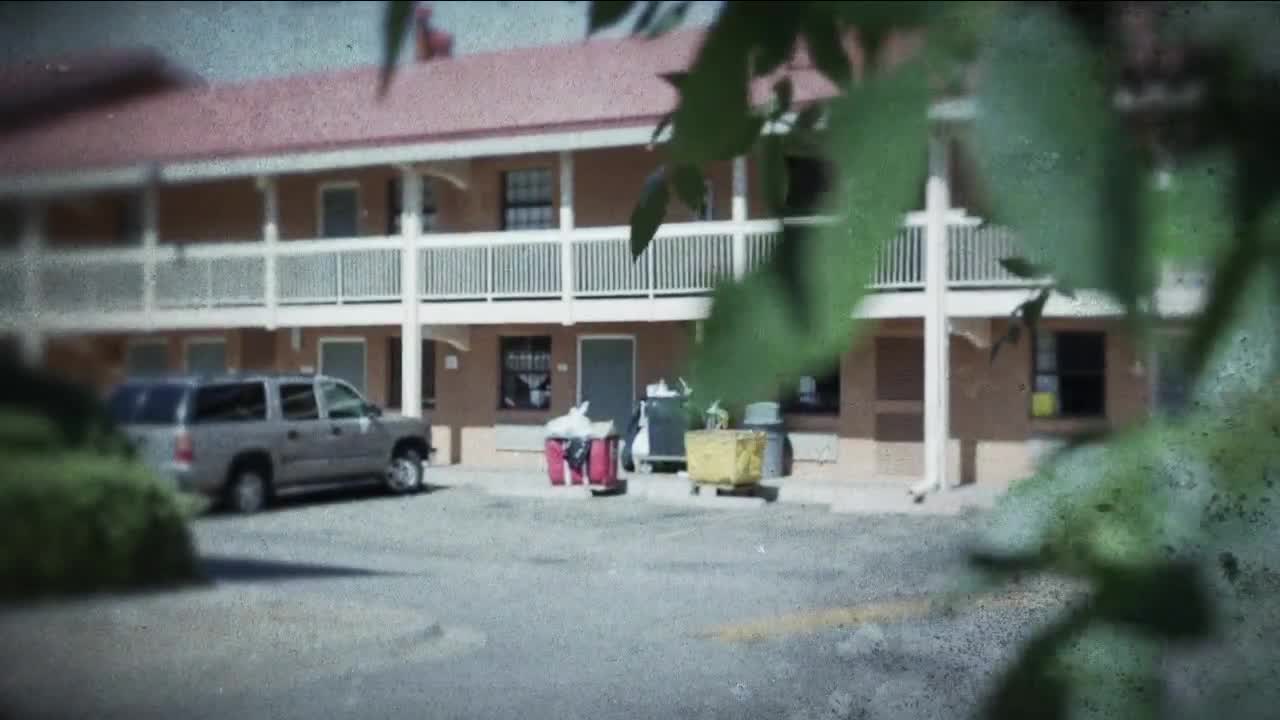 AURORA, Colo. -- More than $1.1 million in federal CARES Act funds have been used to pay for a metro Denver location to house homeless individuals who have tested positive for COVID-19 and to provide housing for other low-income, at-risk individuals.

Since April 1, the Quality Inn in Aurora housed more than 100 of those individuals. The city ended the contract on Aug. 31, but a local whistleblower is now asking for greater accountability and reached out to Denver7 Investigates, asking questions about the spending of federal tax dollars and decisions not to disclose information to unknowing hotel guests.

“As a taxpayer, I’m pissed,” said Dean Antwiler, an Aurora resident who has sent written complaints and concerns to the City of Aurora and Tri-County Health. “The city is wrong (for) doing this, they are totally irresponsible.”

Documents received and reviewed by Denver7 Investigates provide greater insight into the money spent by taxpayers to fund the motel in Aurora.

According to Jessica Prosser, Aurora manager of community development, the $1.1 million dollars the city has spent to house individuals at the motel has paid for the rooms, food for the individuals and security.

The city has confirmed to Denver7 that during the five-month period, a total of 117 individuals used the motel for at least one night’s stay.

“Your admission ticket to this hotel is you’ve tested positive for COVID,” Antwiler said.

Others who were at-risk and low-income were also allowed to live at the motel.

Originally, Aurora paid for all 122 rooms at the motel. Records show the city spent $361,500 for all costs associated with the housing at the facility in April and another $361,500 in May. In June, July and August, the city decreased the number of rooms it paid for, dropping the contract to 60 rooms at first and making further cuts in later months before eventually ending the contract at the end of August.

Denver7 Investigates found, on average, only 24 rooms were used each night during the five-month period. By dividing the total number of room nights by the total amount paid in CARES Act money, the average cost per night per occupied room was $296.02. The city of Aurora confirmed that number.

“It’s irresponsible,” said Antwiler, after reviewing the data with the Denver7 Investigates team. “These grants come in and the money, it’s like free money out there. … The city doesn’t give a damn, they don’t think taxpayers are paying attention.

“They are really strict about everything COVID,” motel guest Minda Vondy said. “This is a good place where there is no COVID,”

Vondy made those statement to members of the Denver7 Investigates team and in front of hidden cameras used in a public location near the room she was renting.

Vondy is a double amputee and a diabetic. She rented a room from mid-July until early September and says she was never informed that she was staying at a motel that also was renting to individuals who had tested positive for COVID-19. When she was asked how she would react if she learned a lot of people were staying at the motel who had tested positive for the virus she responded, “I would be very mad. I’d want my money back because I was risking my life.”

“People coming in from out of town don’t know what they are checking in to,” Antwiler said. “This is the hotel from hell.”

Hidden camera discussions with other motel guests by the Denver7 Investigates team found there were other guests who were not aware some at the motel had tested positive for COVID-19. When asked, three other guests said they had no idea the motel was used to house guests with the virus.

“I had no idea,” a male motel guest said.

On hidden camera, the Denver7 Investigates team asked Vondy if there were COVID-19 positive individuals staying in the same motel with her, should she have been informed? She responded, “yes.”

Testimonials from multiple non-COVID-19 positive motel guests raised questions about what kind of disclosure the motel was providing to guests. To see what hotel staff are disclosing, we entered the office of the Quality Inn, located at 1011 S. Abilene St., to ask questions about possible COVID-19 positive motel guests. Our hidden cameras captured the following exchange:

Denver7 employee: “Is this a safe place?”

On the same day, a guest of the motel told Denver7, “That back area over there… there’s still COVID patients… they’re moving out."

His statements were made a few days after the city of Aurora had canceled the contract with the motel.

Inside the office, our questions continued for the motel desk employee.

Denver7 employee: “Just so I’m sure, are there any COVID patients staying here now?”

Denver7 employee: “Have there been any recently?”

During multiple visits by the Denver7 Investigates team, the team found no signage disclosing the motel had COVID-19 positive guests staying at the facility, and found no barricades segregating guests who had tested positive from other guests at the motel.

Denver7 Investigates also discovered nowhere in the contract with the city and no government body or health organization required the motel to inform guests of the potential exposure to individuals who tested positive for the virus.

After learning the response from the motel office, the Denver7 Investigates team returned to room 121 to inform Vondy about what our investigation had discovered.

“That’s messed up,” Vondy said. “They put me at risk without me even knowing.”

In the days that followed, Denver Investigates visited the office of the Quality Inn. Members of the team attempted to show the manager portions of the testimonials and hidden camera video obtained during our investigation along with statement made by the motel’s desk employee.

A manager who said her name was Victoria declined to view the video, declined to comment and said, “I think we are done here, have a good afternoon.”

“This hotel was rented to the City of Aurora for the quarantine of homeless people during the height of the Covid-19 pandemic. This has been a common practice with cities throughout the United States.

“The city of Aurora has taken great steps, including opening the respite center, to protect our most vulnerable residents, flatten the curve and prevent the spread of COVID-19. I am grateful for the work of our partners in the respite center’s successes in making that happen. While the overall price tag of the respite center may seem high, the cost of allowing COVID to spread among those experiencing homelessness in our city could have been far greater. For other guests of the hotel, I believe people are entitled to know as much as they can to empower their own decisions on avoiding COVID-19, and while it is unfortunate that some have stated they were unaware of the presence of the respite center, the safeguards in place at our center were significant and intended to greatly reduce any contact.”