Officials considered committing Matthew Riehl in Wyoming, but released him 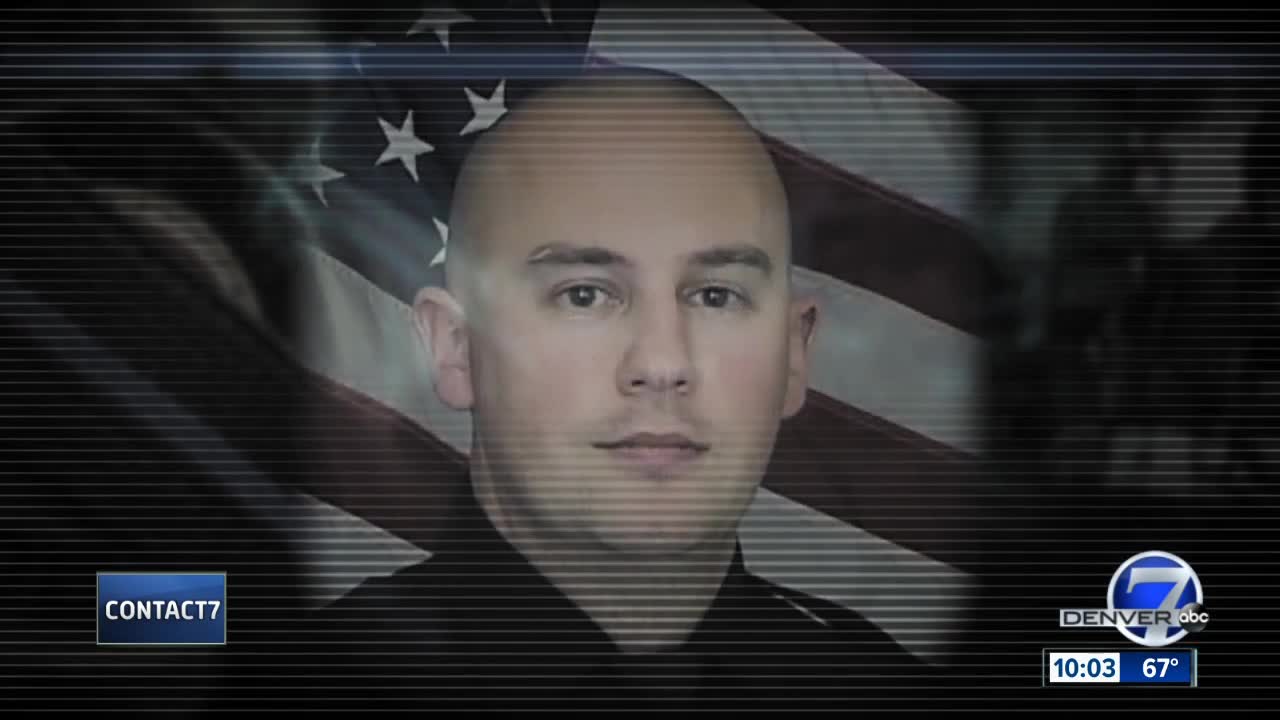 As the nation’s debate over gun control rages on, Contact7 Investigates has new information on a mass shooting in Colorado that took place nearly two years ago and spurred the creation of the state’s red flag law. DOUGLAS COUNTY, Colo. — As the nation’s debate over gun control rages on, Contact7 Investigates has new information on a mass shooting in Colorado that took place nearly two years ago and spurred the creation of the state’s red flag law.

It happened on the final day of 2017. Douglas County Deputy Zackari Parrish, 29, was shot and killed and four other deputies were injured.

But newly acquired records raise questions about how and why the mentally ill gunman got the deadly weapons he used that day.

There's no question Matthew Riehl, 37, was battling significant mental health issues when the shooting began in the Lone Tree apartment. The records Contact7 Investigates has uncovered make a strong argument that if the system had worked, both Deputy Parrish and Riehl may be alive today.

It all began like dozens of other domestic disturbance calls — with a knock on a door.

Deputy Parrish was at the door when Riehl answered. As the two spoke, the deputy tried his best to assess the situation and provide some help to a man who was clearly a disturbed and angry.

The conversation between law enforcement and Riehl went on for hours. It ended in a matter of seconds.

Riehl retreated into a back bedroom. Moments later a barrage of bullets from an assault rifle sprayed the deputies, injuring four and killing Parrish.

But it's what happened days and months before the gunfire started that tells the story. It’s a story that can be found in a stack of mental health records as well as the records of Riehl’s multiple gun purchases.

“There were some significant concerns in those pages,” said 18th Judicial District Attorney George Brauchler. “This is an example of the system failing."

Douglas County Sheriff Tony Spurlock agrees. Now two years later, he still deals with the frustration of a system that failed his deputy and his department.

“There's something broken here. I believe this could have been prevented if the system had worked like it's designed to work," Spurlock said.

Three years before the shooting, Riehl was admitted to the Veterans Affairs mental health center in Wyoming.

The documents obtained by Contact7 Investigates include the reason for his admission. One stated the patient was extremely paranoid. He was hearing voices telling him things like “the drones were chasing” and “I was trying to fill the footlockers with water."

A mental health professional described Riehl as a man with paranoid delusions, adding he was psychotic. Hospital records show that during his stay, Riehl broke the fire alarm and escaped from the unit.

While on the run, Riehl picked a house at random, knocked on the door and asked for a cigarette. The occupants called 911 and Riehl was returned to the hospital.

Although records show the state considered involuntarily committing Riehl, five days after breaking out of the mental health hospital he was instead discharged.

“There's a bigger picture here and the picture is that those who have extreme mental health disorders and that are a danger to themselves and others should not be allowed to purchase or possess guns,” Sheriff Spurlock says.

Therein lies a key point. Because authorities in Wyoming elected not to commit Riehl for a longer stay in the mental facility, he retained his right to legally buy weapons.

Records from the U.S. Bureau of Alcohol, Tobacco, Firearms and Explosives show how Riehl, with a documented mental health disorder, was able to purchase several weapons in the months before his shootout in Highlands Ranch.

Contact7 Investigates has confirmed that eight days after he escaped the hospital, and just three days after he was officially released, Riehl purchased a 22-caliber rifle. It was one of 18 weapons he had in the apartment the night he killed Deputy Parrish.

His mother at one point took away several of the guns he owned, but he threatened to sue her and eventually retook possession of the weapons before the New Year’s Eve 2017 shooting.

“When you say it out loud,” Brauchler said, “A guy escapes from a mental health institution. He's released four days later and three days after that buys a firearm. I don't think anybody in their right mind would say that makes total sense. And that's exactly what happened."

Even Sheriff Spurlock is forced to admit Riehl bought the guns legally.

Because authorities in Wyoming chose not to go to court and commit Riehl and chose not to report his mental health issues to a federal database, he was able to purchase a total of 10 weapons, including multiple assault rifles, after leaving the mental health hospital. Denver7 has confirmed all 10 weapons were found in his apartment after the shooting.

Denver7 has also confirmed that four of the five guns used in the New Year's Eve shooting were bought after he was released from the hospital.

“There were a lot of things, looking back on it, in hindsight that could have been done that would have made a difference,” Spurlock said.

Since the shooting, Colorado has passed a red flag law that would have prevented some of Riehl’s gun purchases and which is named after Parrish. Spurlock was among the chief outside proponents of the measure.

But the documents and facts uncovered expose significant failures in how our system manages seriously mentally ill individuals and how many are still able to legally purchase weapons.