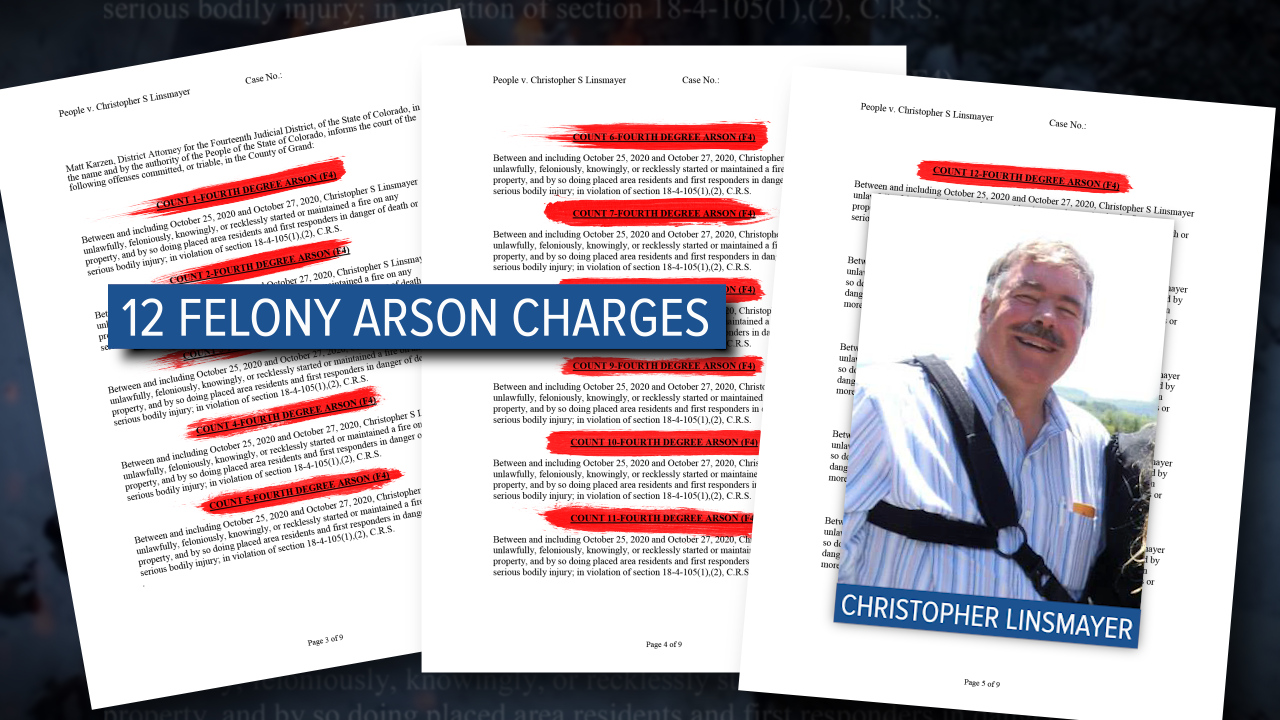 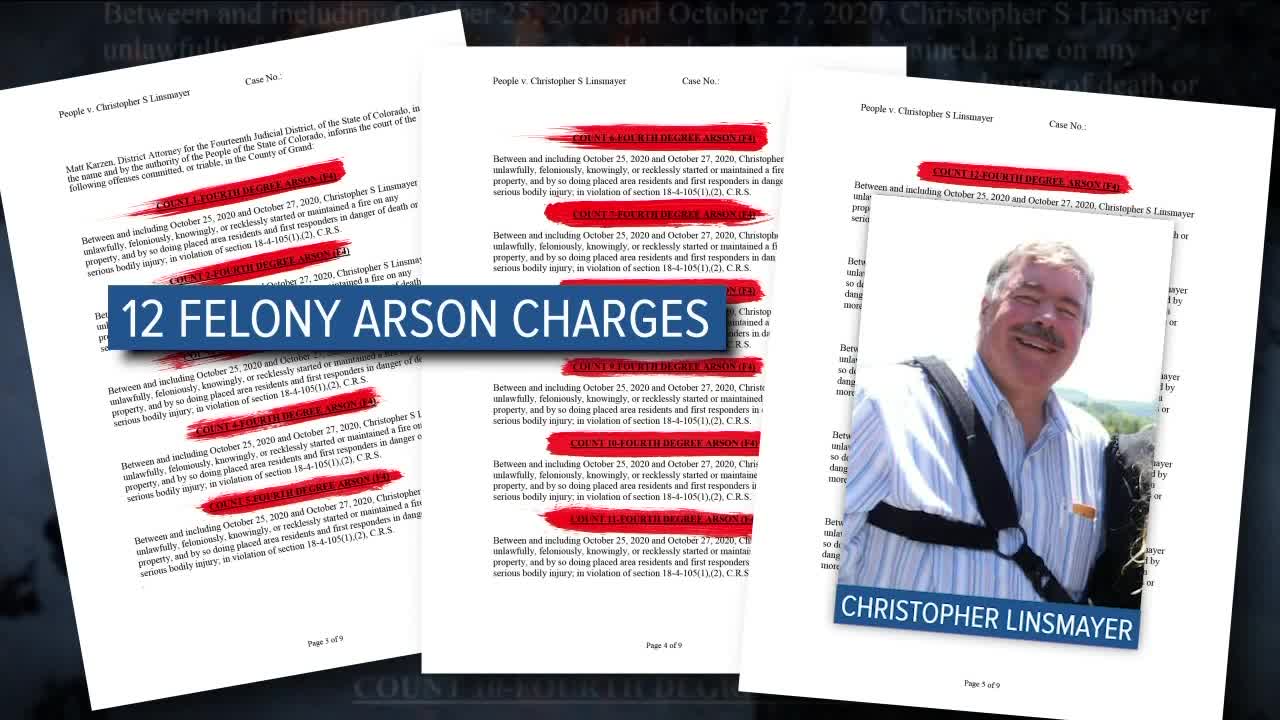 The criminal complaint filed by the District Attorney for Grand County reads, in part, “Christopher Linsmayer is suspected of starting and maintaining a fire illegally between Oct. 25-27 near his home in Kremmling. The fire is the latest in a series of frustrations for his neighbors in the mountainous community, who feel Linsmayer has not been held accountable for past transgressions.”

“I think he very well knows what he is doing,” said Laurie Pope, whose mountain home is just a few hundred yards from Linsamayer’s cabin and property.

“Our main concern is, we just don’t feel safe up here,” said Tim Pope, Laurie’s husband and the person who discovered the 12-slash fires last month that lead to the charges filed against Linsmayer.

Another neighbor claims Linsmayer has lit fires on multiple occasions that have threatened property and life.

“He’s shown no regard for the risk that he’s putting life and property at,” Dominic Meier said.

In late October, Meier and the Popes contacted Denver7 with concerns that Linsmayer was not going to be held accountable by the courts and the legal process.

“I do think your story at least put him on notice that, ‘No, this is not just going to be swept under the carpet,’” Laurie Pope told Denver7. “Now it’s going to make news where his wife works and now maybe something is going to be done.”

In the days after the Denver7 Investigation aired, the district attorney for Grand County filed the felony arson charges along with a dozen misdemeanor charges. Court records show Linsmayer has been accused of starting multiple fires since 2016 on his property. An arson charge for a fire in 2019 was reduced earlier this year to a county ordinance violation and a fine of $1,537.

The Popes and Meiers both say Linsmayer’s history of starting potentially dangerous fires has made them fear for their lives and for their property.

“There’s something about Christopher. He knows he can do these things and nothing is going to happen,” Laurie Pope said.

Neighbors question how Linsmayer has avoided any significant legal consequence until the most recent felony filings by the DA.

“When you see his wife is Denver’s DA and in a powerful position, It does bring questions,” Laurie Pope said.

Grand County District Attorney Matt Karzen said he understands the cynicism of the neighbors, but he emphasized to them and the community that Linsmayer has not and will not receive any preferential treatment in this investigation and court proceeding.

“I am 100% confident that the identity of Mr. Linsmayer’s spouse never played a role in the past and will not play a role now,” he said.

Linsamayer’s attorney declined a request for an interview, as did his wife. She has declined multiple requests, saying it a statement she is not able to comment during this part of the legal process.