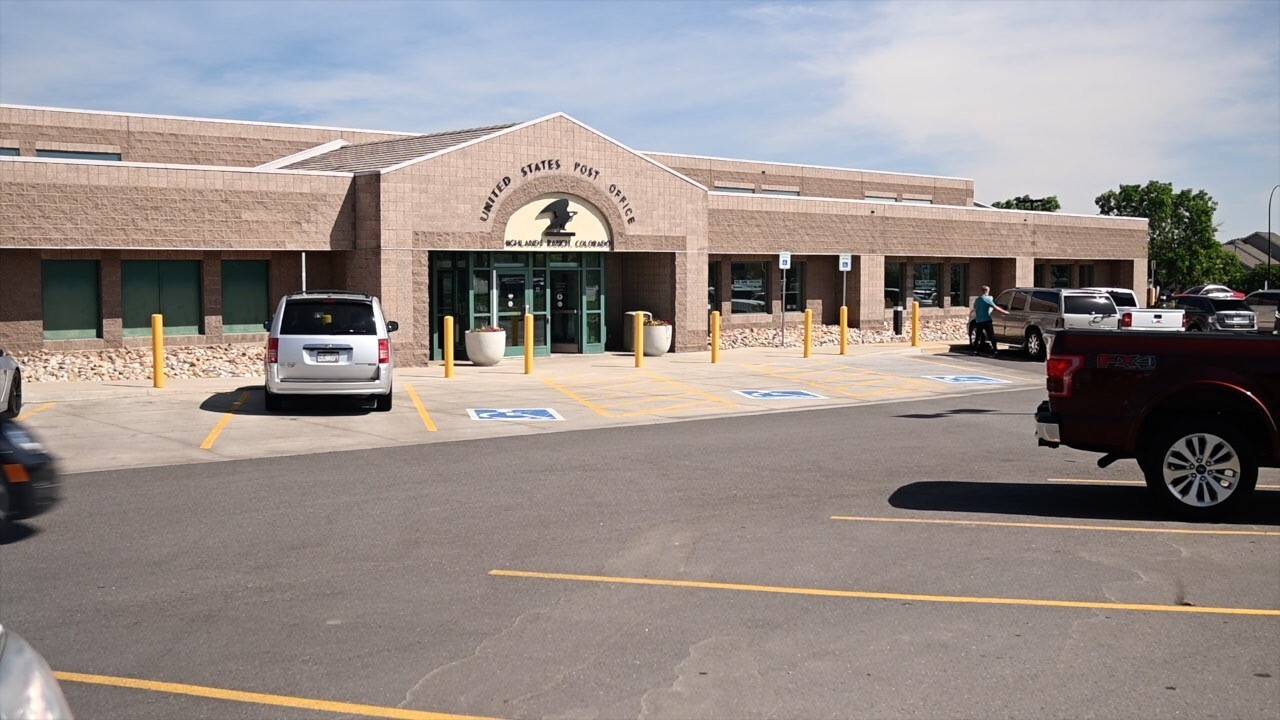 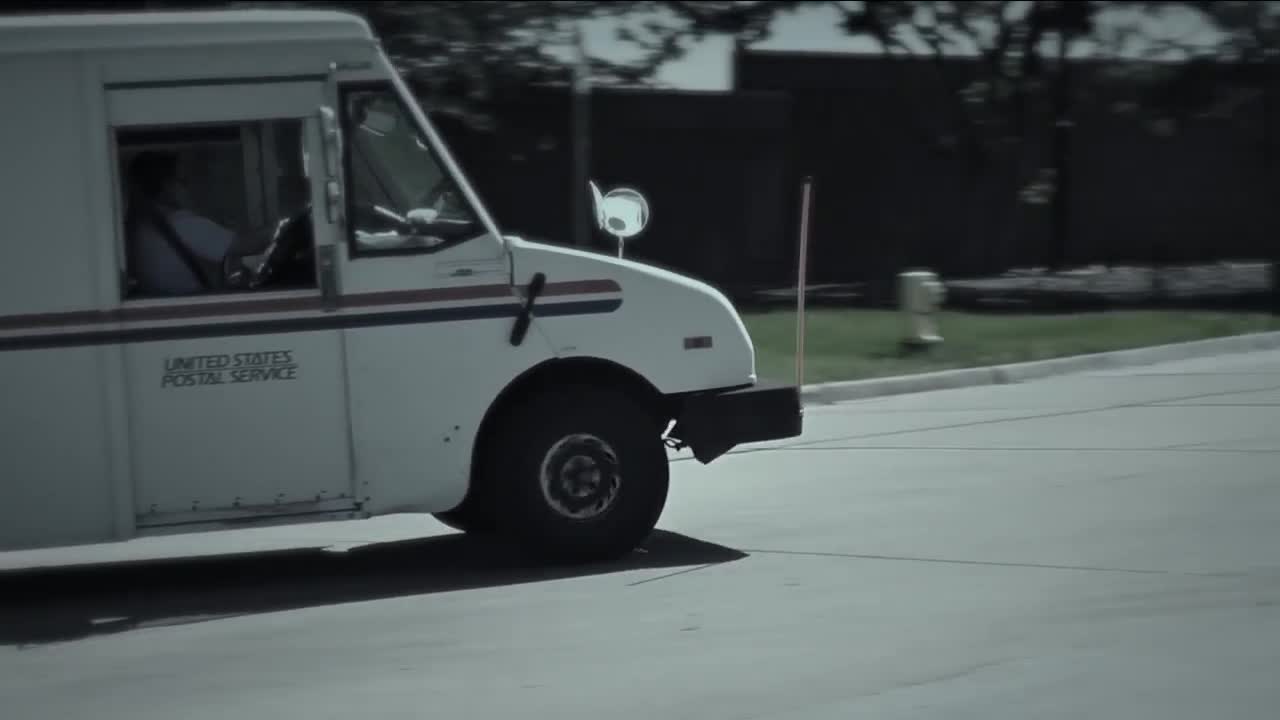 If you have wondered about delayed or undelivered mail and packages, the information exposed by customers and insiders offers insight into the culture and delivery delays experienced by many metro area postal customers.

Many of the issues center on inconsistencies with reports customers receive about delivered packages that many claim were not delivered. In recent months, current and former employees have told the Contact7 Investigative team that they have been pressured by postal management to scan packages as delivered when they were not.

Ronald Maddalena, a current postal employee working in Littleton/Highlands Ranch described the secret process as a “game” and said during the past few years he witnessed questionable package delivery scanning at three different Littleton post offices. He said he believes when it was happening it allowed postal managers to show more successful delivery numbers than are really happening.

In recent months more than three dozen metro-area postal customers have reached out to Denver7 questioning delivery issues with their parcels.

“They said five packages were delivered and zero were there,” postal customer Christina Spencer said.

Her home is in the Parker post office delivery area.

“This is deceitful,” Spencer said. “They tell you something has been delivered and it hasn’t been.”

Claims raised by Spencer and current employee Maddalena are supported by others who have questions both the culture and the credibility of Denver Metro area post office performances.

Kelli Scarzo is a former postal carrier and the original "whistleblower" in this series of Contact7 investigations.

She was asked if while working in the Parker Post Office if she was asked to scan packages as delivered when they were not.

Claims made by Scarzo were supported by a current Parker Post Office employee who talked to Denver7 on a condition the station would protect her identity. She fears she would lose her job or face retaliation for speaking out. She confirmed she was also asked to scan packages as delivered when they were still in the post office and she says it was a request she followed multiple times.

Current Littleton employee Maddalena says he watched the claims of the two Parker postal employees. He says he believes the statements they made to Denver7.

“It just seems to be commonplace in the culture,” Maddalena said. “I’ve worked at three of the five stations in Littleton and I’ve seen it at every station.”

Delivery problems reported across the metro

Reports about undelivered and questionable late deliveries have been shared with Denver7 from Littleton, Evergreen, Montbello and Parker. The complaints are identical to the issues originally reported in Parker.

“I just really don’t want them to say they’ve delivered something, until it’s been delivered,” said Parker Postal customer Spencer.

She showed the Contact7 Investigates team video from her video security system which is mounted around her house. After getting notice that five packages were delivered this past December, she checked the front of her house, her mailbox and her video recordings.

“There was no evidence that anyone had ever come here,” Spencer said. “There were no packages.”

Spencer also checked an upstairs camera that looks down on her mailbox. Talking about that view, she said, “the two cameras agreed with each other, there was no evidence anyone had ever come in there.”

It was a direct contrast to the email she received saying five parcels were dropped off and delivered. Spencer attempted to contact postal leadership at the Parker Post Office and says her communications were never addressed.

Following earlier reports by the Contact7 Investigative team, a spokesperson for the USPS denied accusations of scanning “games” at the Parker Post Office.

“When you brought it up (referring to the Denver7 report) it was thoroughly investigated and we saw no evidence of the claim, so it was an outright fraudulent claim," said David Rupert a communications manager for USPS.

Denver7 also obtained an audit conducted by the USPS Office of Inspector General on the Montbello Post office last October. The report was published in December. Insiders made sure Denver7 received a copy of what they described as a “scathing” audit.

During an audit over several days Postal Investigators uncovered examples of undelivered mail, packages and scanning issues that were brought to the attention of the Postmaster and required changes at the postal location.

The pictures above show mail and packages from three Montbello routes that were not delivered on the day promised.

This picture, also taken by Postal Inspectors, shows a day’s worth of mail that sat in a postal truck and was not delivered as required by postal regulations.

Twenty-three packages had a “Delivered” scan.

Those 23 packages were sitting inside the Montbello post office.

“It’s a big problem and there are a ton on people having this issue at their post offices all over the place,” said Parker Post Office customer Christina Spencer. “I would like them at the very least to stop marking things delivered that aren’t delivered.” She added, “that’s really all we’re looking for is to know the truth and not be lied to.”

In response to questions raised by Denver7 in this report and others, the USPS provided this statement:

Many of the findings from this Office of Inspector General audit 8 months ago at Montbello Station were quickly resolved with training or procedural changes. Recommendations 4 and 6 were reevaluated or remediated and closed out on the day of the report. Items 5 and 7 were closed out on Jan. 23. Items 1-3 are not behavioral and are more structural in nature and the adjustments are ongoing.

Regarding recommendation 6 about scanning. Here the proof it was closed out (page 12 of report).

It’s important to note that the audit of scanning irregularities of a couple of dozen parcels resulted only in a recommendation for training and was escalated to an investigation. Carriers have nearly three dozen choices for scanning options and as shown in the audit, we don’t always use the proper one. We have ongoing training – and retraining – of proper scanning procedures to provide accurate visibility for customers. This is important to them and important to us.

Since the audit, the Montbello Station Post Office has delivered 1.7 million packages alone. We have a robust process with our customer feedback, performance and audit teams to track patterns and to make sure the information we provide our customers is accurate. We will continue to monitor, evaluate and improve our performance to Colorado customers.

USPS delivered more than 5 billion packages last year. We strive for perfection, but when we fall short we are happy to address individual cases and provide resolution.

The OIG audit helped us identify deficiencies at Montbello. We’re aggressively addressing them and we’ve responded with increased training and changes. A big help to the situation is the recent hiring of more than 40 employees at the location – joining the more than 1,000 employees hired across Colorado to help respond to increased mail volumes and to meet service expectations.

The Postal Service is the most trusted brand in America right now. We are also the most admired federal agency. We also topped a Harris Poll for the best response to COVID-19. The Postal Service has carried the US Economy during the COVID-19 crisis, delivering life-saving medications, election materials and ballots, stimulus checks, and vital goods and services.

The bottom line: We have kept Americans connected.

In the last month, thousands of customers have reached out to Colorado employees with cards, letters, and tokens of thanks for performing our essential service. We have received an unprecedented outpouring of support from the American people and our Colorado customers.