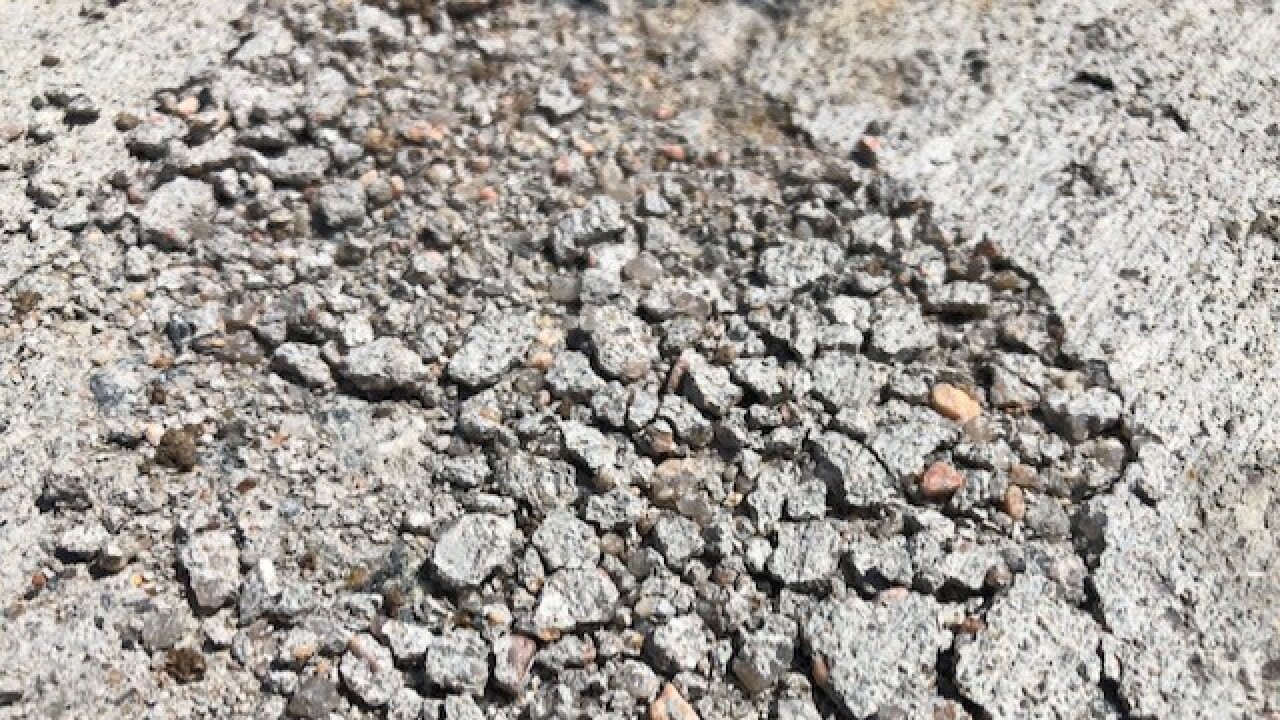 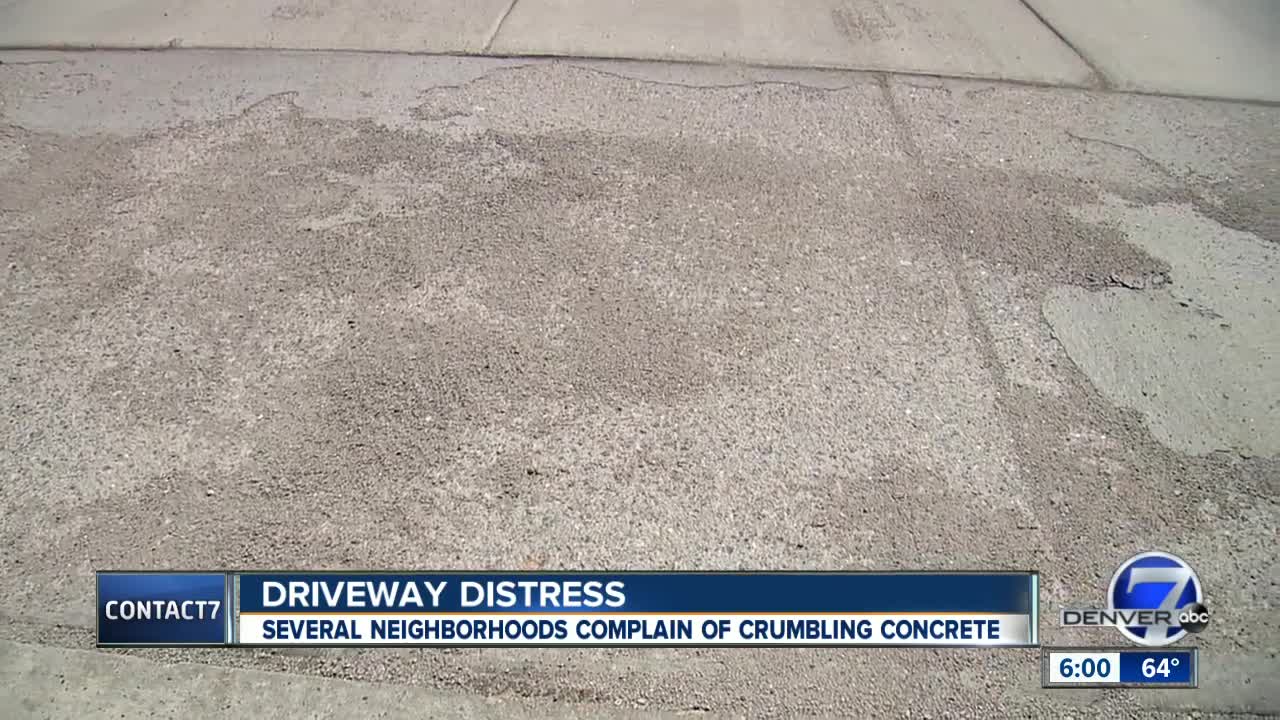 BROOMFIELD, Colo. — Four days after Denver7 first reported on crumbling driveways in the Candelas and Leyden Rock neighborhoods, more Broomfield esidents are coming forward with similar claims, in other subdivisions.

"It's badly crumbling," said Kelly Nelson, referring to the driveway in front of her home, in Broomfield's Flatiron Meadows neighborhood.

The top layer of concrete, at the foot of her driveway, resembles loose, gray sand.

She said she loves the home, which was purchased in November of 2017, but she's not happy with the concrete in front.

Nelson said she questions whether the crumbling is weather-related, as Lennar Homes Colorado claims, for two reasons.

The other reason she questions the weather claim is because she owns two homes in the same subdivision.

One was built earlier than the other.

"The concrete at that house is in great shape," Nelson said. "We don't have any problems with that concrete at all. It's the concrete at our new house, that was closed on November of 2017, where we're experiencing that problem."

Shawn Hymes said his driveway is crumbling too.

"A year after we got in here, it started flaking off all through here," he said, pointing to the middle of the driveway in front of his Meritage built home in the Leyden Rock neighborhood.

He said work crews had to replace one section that was damaged during construction.

"You can see the difference," he said, indicating toward two sections with slightly different coloring.

He said the difference in coloring was to be expected, since the sections were poured at different times.

What wasn't expected, however, was the quick deterioration.

"The new concrete is actually flaking off, but also the old is flaking off too," he said. "So, both times they poured, it is doing pretty much the same thing."

Hymes said the warranty on his concrete only lasted a year and has already expired.

Denver7 reached out to both Lennar and Meritage to ask about the homeowners' concerns.

Meritage has not yet responded to a request for comment.

A spokeswoman at Lennar Homes Colorado sent the following statement: "As with all customer care items, we are always willing to meet with homeowners to inspect their exterior flatwork and review their individual concerns. Should a customer have an inquiry, we urge them to follow our standard customer care procedures to submit their customer care claim."

Last week, homeowner Jamie Smith shared an email from Lennar which blamed the flaking and crumbling of her concrete on the weather.

A materials technology engineer told Denver7 that "spalling" or crumbling of the top layer of concrete is generally not related to just one thing.

"It's usually a combination of things like environment, materials and finishing," he said.

Denver7 also reached out to an attorney who specializes in construction defects cases.

Dan Coombe of Coombe Curry Rich & Jarvis said the warranty is a contract that is up to the homeowner to negotiate.

He said the contract has nothing to do with construction defect action.

Colorado has a two-year statute of limitations regarding construction defect lawsuits, Coombe said. So, homeowners have two years to file suit from the date they first notice something is wrong.

Coombe said Colorado also has a statute of repose, which bars any action after six years.