Fernando Vigil had been on the run since May 4 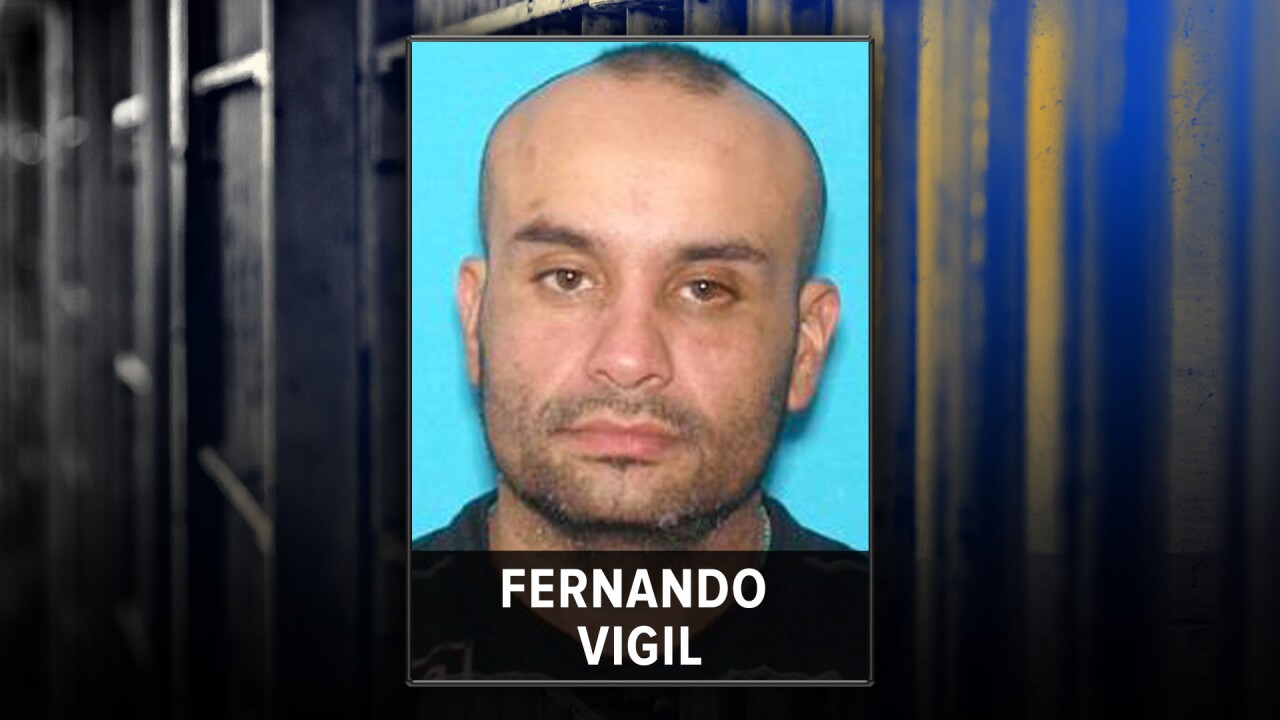 WESTMINSTER – A fugitive task force arrested a man in the Denver area who is suspected of shooting at a state trooper as the man fled a traffic stop in Antonito, Colorado.

Federal officials used a ruse to lure Fernando Vigil to a hotel at I-25 and East 120th Avenue and arrested him about 3 p.m. Monday afternoon in connection to the May 4 chase.

Law enforcement statewide had been looking for Vigil because of several outstanding felony warrants, she said.

In early May, authorities learned Vigil was in the Town of Antonito, which is located on U.S. Highway 285 just north of the Colorado-New Mexico border.

The state trooper and Conejos County deputies tried to stop the vehicle, but its driver took off and ran from law enforcement.

At least one other deputy chased the vehicle and used a tactical maneuver to cause the fleeing vehicle to spin out and roll on to its top.

The driver then shot at the state trooper, a state patrol news release stated.

Investigators believe Vigil ran from the scene. He wasn’t found.

A trooper on scene did arrest someone else in the vehicle, Christina Cano, who troopers say tried to run away.

The trooper was not injured.