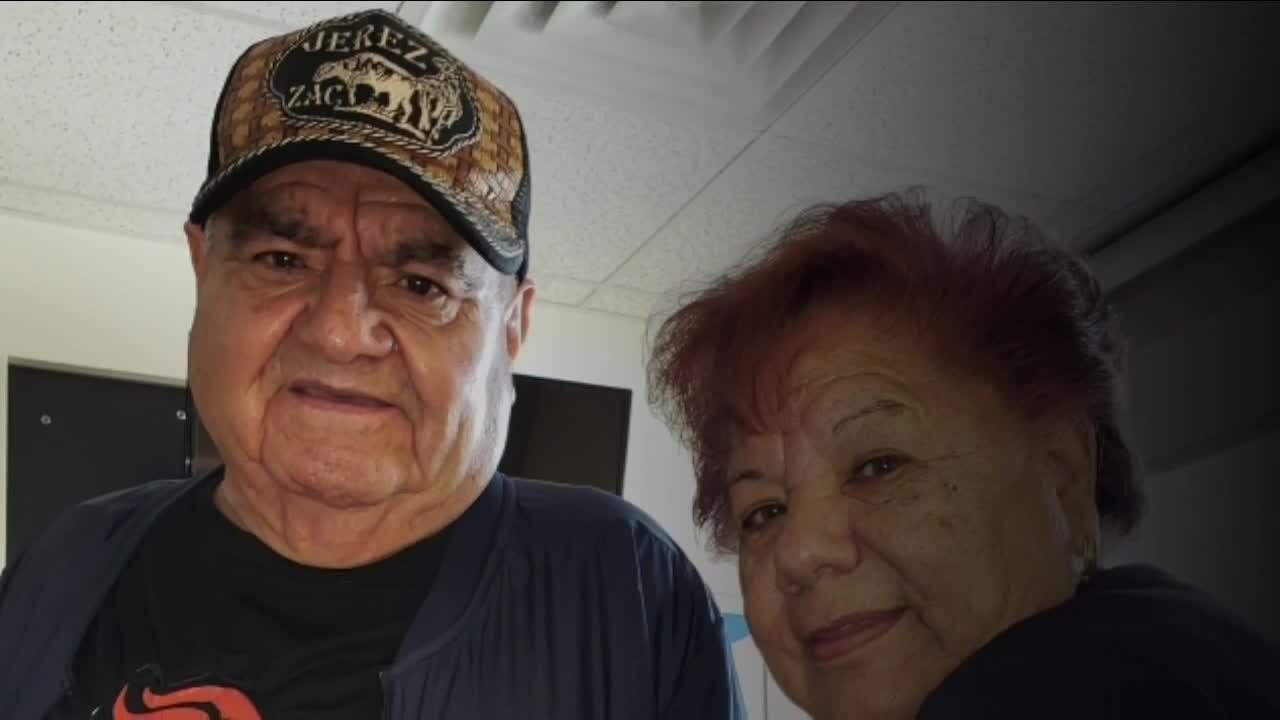 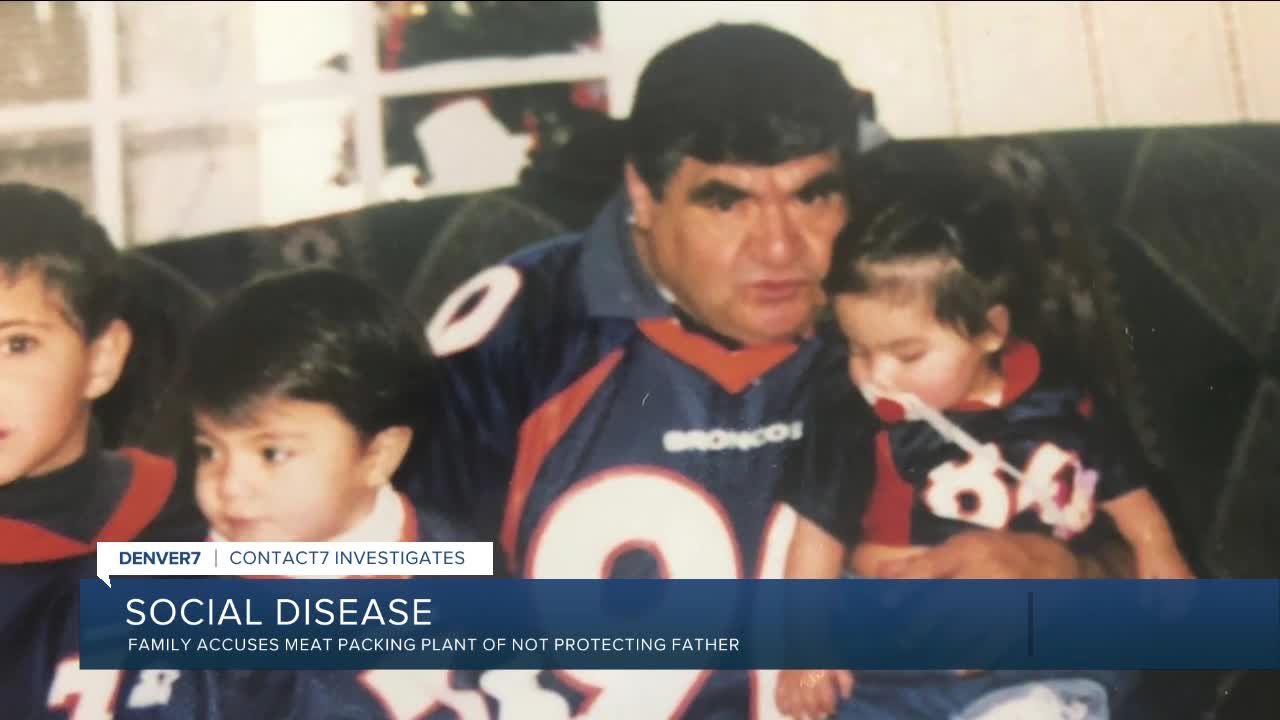 GREELEY, Colo. -- For three decades, Saul Sanchez dedicated himself to making a difference inside the massive JBS meat packing plant in Greeley. Late Tuesday night, his dedication to the company and his life ended after a two-week battle with the novel coronavirus.

Sanchez was 78-years-old and leaves behind six children and twelve grandchildren.

“My dad was my hero,” said Sanchez’s daughter, Beatrice Rangel. The family gathered on Wednesday to mourn his passing. Late Tuesday night, Sanchez’s breathing was failing, the virus had attacked his lungs and the family and doctors decided to remove his respirator.

“He could not breath anymore,” added Sanchez’s daughter. “They said it was the virus that killed him,” she concluded, referring to conversations the family had with medical experts.

Friends, family and co-workers say the 78-year-old Sanchez was one of the most dedicated and popular employees at the Greeley meat plant. After his death on Tuesday night, many urged the family to expose what they describe as serious failures by JBS executives since the onset of the pandemic in March.

“A lot of people loved my dad,” said Rangel. “And they said my dad should have been warned and JBS knew people had tested positive a week before my dad got sick.”

Rangel provided several pictures of her dad, including one from his 30-year recognition dinner for his work at JBS. In another picture, he is proudly wearing a JBS hat. His daughter said he was a dedicated husband, father and grandfather, adding her dad loved working at the JBS plant and looked forward to going to work — so much so he kept putting off family requests for him to retire.

Denver7 asked Rangel if management at JBS appeared concerned when she informed them that her dad had tested positive for the Corona virus back in March? “No not to this day,” she responded. “I think its sad because my dad was so concerned about being there to work for them.” She continued, “but they don’t care, he’s just a number!”

“It’s very sad,” said Kim Cordova the president of UFCW local 7, the union that represented Sanchez and hundreds of employees at the JBS Greeley packing plant. Cordova said the union is pressing management for accountability regarding what she describes as failures by the company in the days before Sanchez contracted the virus.

“We are going to investigate,” Cordova added. “But its sad that it can’t bring him back.”

Sanchez’s family lashed out at JBS for failing to protect their dad, husband and grandfather in the early days of the pandemic.

“JBS told the union people that my dad probably got it while he was on vacation,” said Sanchez’s daughter. When asked by Denver7 if the 78-year-old was on vacation prior to getting the virus, Rangel replied, “No, no - he was working at JBS. They obviously didn’t do their research."

Rangel says her family and many other employees and families believe management at JBS failed to protect employees inside the plant during the early days of the pandemic.

“We’ve been contacted by a lot of people who said they were sick before my dad got sick.”

Sanchez’s daughter accuses JBS leadership of failing to communicate to employees when other employees tested positive and failing to promote social distancing for employees working in the meat plant, and she says the corporation failed to quickly provide personal protective gear for its employees.

“So does it make us very upset that JBS knew? They knew their employees were testing positive for COVID-19 a week before my dad got sick,” added Rangel. “They didn’t do anything to protect him. If they would have protected him or gotten him out, I don’t think my dad would be where he is now,” she angrily concluded.

JBS management again declined requests by Contact7 Investigates to answer questions raised by workers and family members of employees. In a written statement the company said:

"JBS USA confirmed today that a team member has died from complications associated with COVID-19. The individual worked at the JBS production facility in Greeley, Colo., providing more than 30 years of dedicated service. We are deeply saddened by the loss of our team member. We are offering support to the family and our team members during this time. Our sympathies are with our fallen friend, the family and all those impacted by COVID-19.

"We understand the family’s frustration and sympathize with them. Our team member had not been at work since March 20, 2020. He was on vacation and scheduled to return to work on March 30, 2020. However, on March 20, 2020, JBS USA instituted a policy that removed high risk populations from our facilities, including those more than 70 years of age. Given his age, we informed him he was a part of a high risk population while he was on vacation and encouraged him to stay home, which he did. He was never symptomatic while at work and never worked in the facility while sick.

Sanchez’s family and the union dispute details in the second portion of the JBS statement saying Sanchez, in fact, did report to work while displaying symptoms and he never did go on a vacation. In fact, they say, instead of taking a vacation to Texas, his symptoms got worse and he was admitted into the hospital where he died two weeks later.