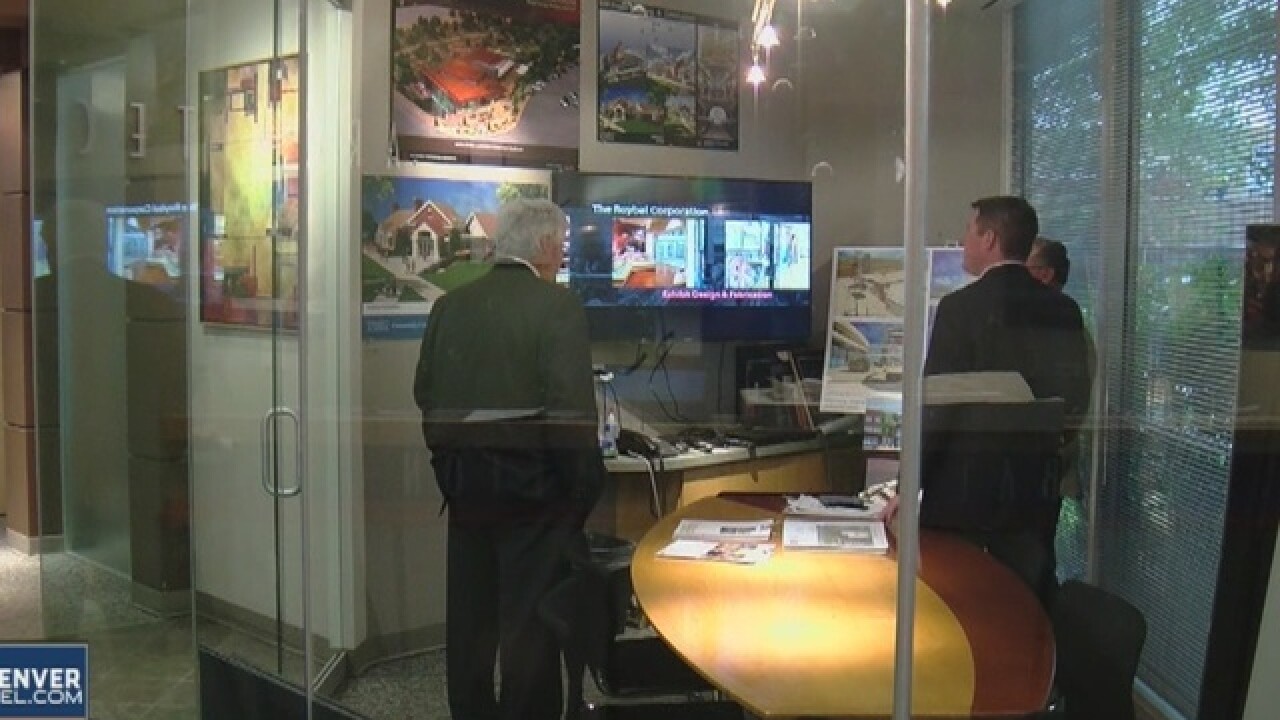 Ron and Mike Roybal, founders of the Roybal Corporation, filed a lawsuit in late July in federal court. They are of Hispanic origin.

The lawsuit claims Denver Public Schools are still failing to award contracts to minority-owned and women-owned contractors despite the district’s stated efforts to be more inclusive.

"I think the point to be made is they're not doing a very good job of dealing with our community and respecting our community," Ron Roybal told Denver7 Investigates.

In their lawsuit, the Roybals claimed they put in bids for multiple DPS projects only to be rejected. In one instance, the lawsuit claims, Roybal Corporation completed the master plan for a renovation to Swansea Elementary but the district still chose another firm to serve as the prime architect.

The project goal was to award 70 percent of the architectural and engineering work to women or minority-owned businesses.

“We get toilets," Ron Roybal said of the district's decision to use his firm for small restroom remodels. "After you get a dozen or so rejection letters, you start to wonder, ya [sic] know, what's happening," he said.

Denver Public Schools have yet to file a response to the lawsuit in federal court but the superintendent, Tom Boasberg, did answer questions from Denver7 Investigates.

“We firmly reject any allegations of racial or ethnic discrimination of any kind," Boasberg said.

"Can you confidently say that you feel like things have changed since 2014?" Denver7 investigative reporter Ryan Luby asked.

"I can, and we commissioned that [2014] report,” Boasberg responded. “We commissioned that report, in part, because of the concern that we weren't seeing the utilization of minority and women-owned businesses at the level that we thought was appropriate given the presence of those firms in the community."

In the wake of the disparity report, the district committed to an "aspirational goal" of awarding 24 percent of its project funding to women or minority-owned business.

“We think it's very important that we seek out and work with and recruit the most talented group of contractors, of diverse contractors, in the city and in the state, and we think that's a very important part of the program locally and a critical part of making sure that we're using taxpayer dollars in the best possible way to serve our kids," Boasberg said.

But the Roybals question whether the school board takes that commitment seriously. In their lawsuit, the Roybals took issue with a statement made by a representative for the firm chosen in the Swansea project.

In an interview with the school board prior to the firm’s selection, a representative said on video: "Today, I can't say with a straight face that I am going to hit 70 percent.”

“It showed us that there's no level playing field,” Ron Roybal said.

Boasberg said since that video-taped meeting, the firm has committed contractually to meeting that diversity goal.

The Roybals and DPS have a history of working on projects together, and DPS once wrote a letter of recommendation for them, writing in 2001, "This firm has demonstrated the design and technical expertise in DPS schools projects."

The Roybals said they have been encouraging Denver Public Schools to make a stronger commitment to diversity in its contract practices for years, and filed their lawsuit because they still do not feel like the commitment is strong enough.

"It may not, in the short-term, help us at all, but I think these kinds of discussions in the public eye will really serve to change things in the future," Ron Roybal told Denver7 Investigates.

DPS said it too is seeking to change things in the future but it won’t happen overnight.

“We're only 18 months into this. Are there ways to improve our processes? Yes there are,” Boasberg said.