Lakewood senior shares her story after she was scammed out of $27,000 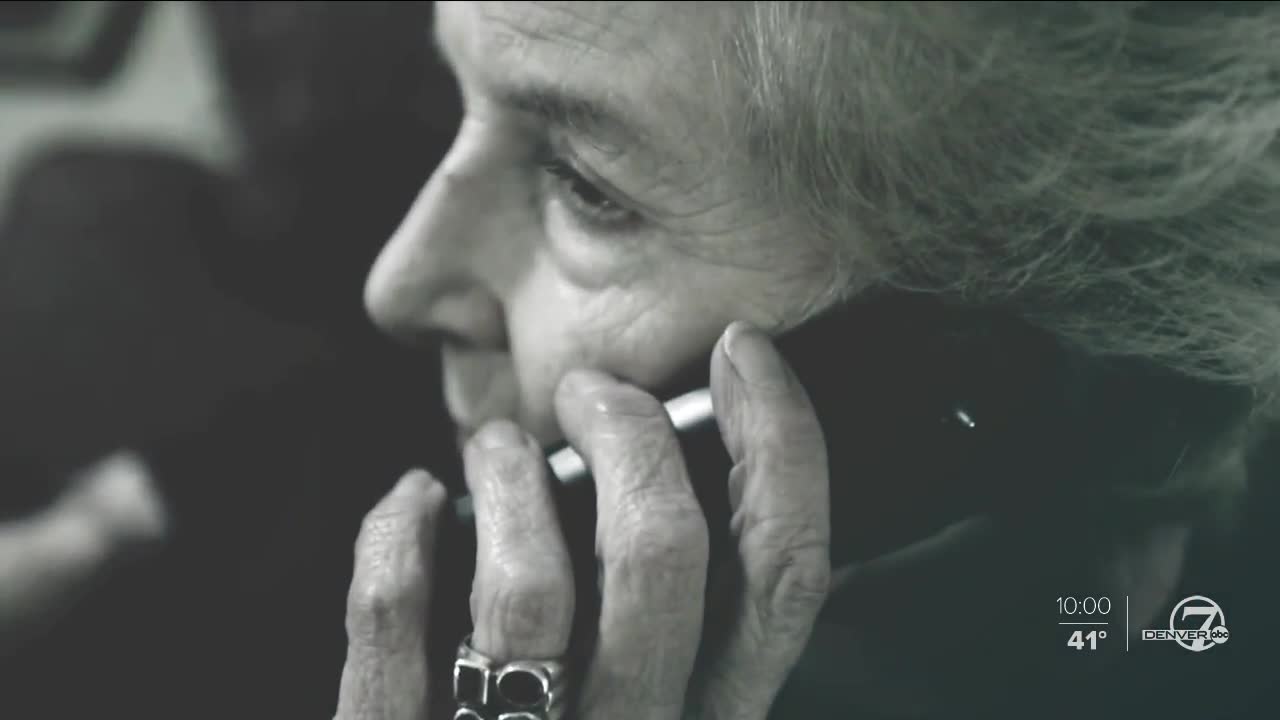 Each and every week, strangers call a countless number of Colorado seniors pretending to be their friend to try and convince them they've won cars, millions of dollars in cash and extravagant trips. The try to extort them and convince them to send these scammers money. 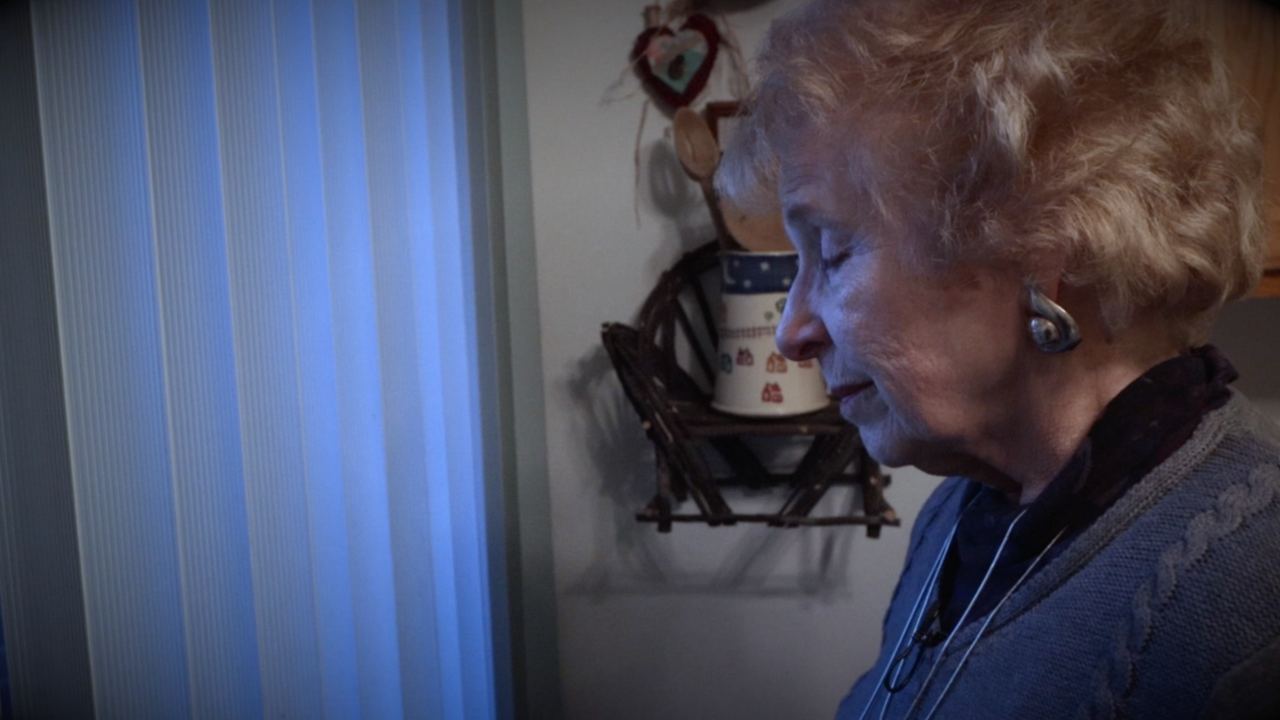 DENVER -- Each and every week, strangers call a countless number of Colorado seniors pretending to be their friend to try and convince them they've won cars, millions of dollars in cash and extravagant trips. The try to extort them and convince these senior citizens to send them money.

Contact7 Chief Investigator Tony Kovaleski's mother, a 91-year-old woman, has been targeted by these scammers – but she is not alone.

In some cases, these scammers are stopped by watchful family members or live in caretakers who put the brakes on seniors trying to tap into their live savings. But not everyone is so lucky.

Joan Howard, 75, is one of those people. The Lakewood resident is courageously sharing her ordeal with Denver7 so others may not fall victim to phone scammers.

Multiple sources from law enforcement and financial institutions confirm many of these crimes are never reported because many seniors are too embarrassed to tell friends, family or law enforcement that they were duped by a phone scam.

Howard is courageous for speaking out about her experience, and some now consider her a bit of a hero. She walked Contact7 Investigates through the details of perhaps her worst moments and the biggest mistake she has ever made.

At her dining room table, she provided the paperwork showing a road map of how she sent money to a total stranger. Not small amounts, but thousands of dollars.

“I took five-thousand some dollars out of that account,” Howard said. “It was October 4; I took out $825.09,” she said, as she pointed to another document. ” That same day, I withdrew and closed my account and that was $6,385.50," Howard added. Page by page, paper by paper, she provided a financial road map to her life savings. “I say that altogether I lost $27,000," she concluded.

The path to her bank accounts started with a single phone call and a series of promises from a total stranger.

“He said, 'Hi, Joan Howard? And I said, 'Yes…' and he said, 'This is Peter White and I want to tell you, you have won $2.5 million and a car from Publishers Clearing House," said the 75-year-old. “And I said, 'Really?' I couldn’t believe that I could be so fortunate or lucky."

But that luck came with a price tag and that was the real red flag in Howard's story.

Describing that initial call, she added she was told, “the first thing we got to do is you need to send us $9,000." Moments after the call, “I went right over to the bank and withdrew $9,000."

“It's criminal," said Christopher Irving, Vice President of Consumer and Legal Affairs at Publishers Clearing House. “It's a scam and it causes us great concern for both consumers and our brand,” Irving added.

He told Contact7 Investigates that unfortunately, Howard's story is far too common.

“Publishers Clearing House has contacts every week from consumers about impostors using our name," said Irving.

Advice to prevent scammers from succeeding

Irving said there is one simple but sometimes ignored fact to keep in mind if you get a call saying you have won a sweepstakes or contest.

“If it's a legitimate prize from Publishers Clearing House or from any sweepstakes, they won't be asking for money. If they're asking you to send money, it's a scam," Irving said.

Impact of the scam on Howard

The cost of the scammers calls to Howard impacted more than her bank accounts.

"I just wanted to retreat and say, 'I can't believe I did this.'" She said there were warning bells that went off but she wanted to believe the stranger on the other side of the phone.

She confirmed her bankers asked her questions about her withdrawals and tried to help her avoid the scam.

“I just wanted it to be true," Howard said. “I wanted to finally be solvent, you know, build it, have money and to do things.”

Howard said the mistake took a toll on her health. She was surprised she fell for the scam and proudly talks about her professional résumé that included 16 years working in the White House, and she showed Denver7 a picture she has with former President Ronald Regan.

"There were a lot of people in this branch who said, 'Something doesn't feel right, here,' said Patrice DeCorrevont, the Lead Region President for Wells Fargo Bank.

Some of Howard’s withdrawals came from a Wells Fargo branch where bankers knew her well.

“It's very frustrating when you've known these customers, oftentimes for decades," DeCorrevont added. “So we are the ones that sometimes... we'll feel like something is just off, but we cannot stop it."

Both Howard and Decorrevont confirmed bankers asked questions before thousand of dollars were withdrawn. They tried to warn Howard and help her, but ultimately, it was her money and they cannot prevent a customer from withdrawing their money.

Elder fraud, a priority and a problem for law enforcement

“It's an ongoing problem for law enforcement," said Jason Dunn, the US Attorney for the District of Colorado. “There are way too many victims."

Dunn said Colorado and all states are working to find ways to uncover, expose, and arrest individuals looking to profit from elder fraud. But despite the increased priority, Dunn concedes catching telephone scammers remains difficult for all branches of law enforcement.

“Yeah, it's tough. It's particularly difficult when it involves international fraud. A lot of these are based in India or Africa or in China."

Howard reflects on the reality of the situation

"I just couldn't believe that somebody could be absolutely so cruel,” Howard said. “And now, I know they can."

That’s how she responded after learning it’s highly unlikely she will ever get the $27,000 back that she handed over to her phone scammers.

She decided to do the interview and tell her story because she wanted to help others to understand what happened to her and hopefully impact the scammers ability to find other victims and more money.

"I hope I can help other people,” she said, adding she hoped her story stays in the mind of “somebody who gets this telephone call."

Howard is a hero

"Joan is our hero,” added Wells Fargo executive DeCorrevont. “She is going to save the next few Joans, because the light bulbs are hopefully going off right now, that maybe what happened [to Joan] is not right."

The 75-year-old Lakewood resident and scammer victim summed it up, “I just wanted so badly to have something good come from all of this bad stuff.”

You can help Joan Howard through our Contact7 Gives campaign