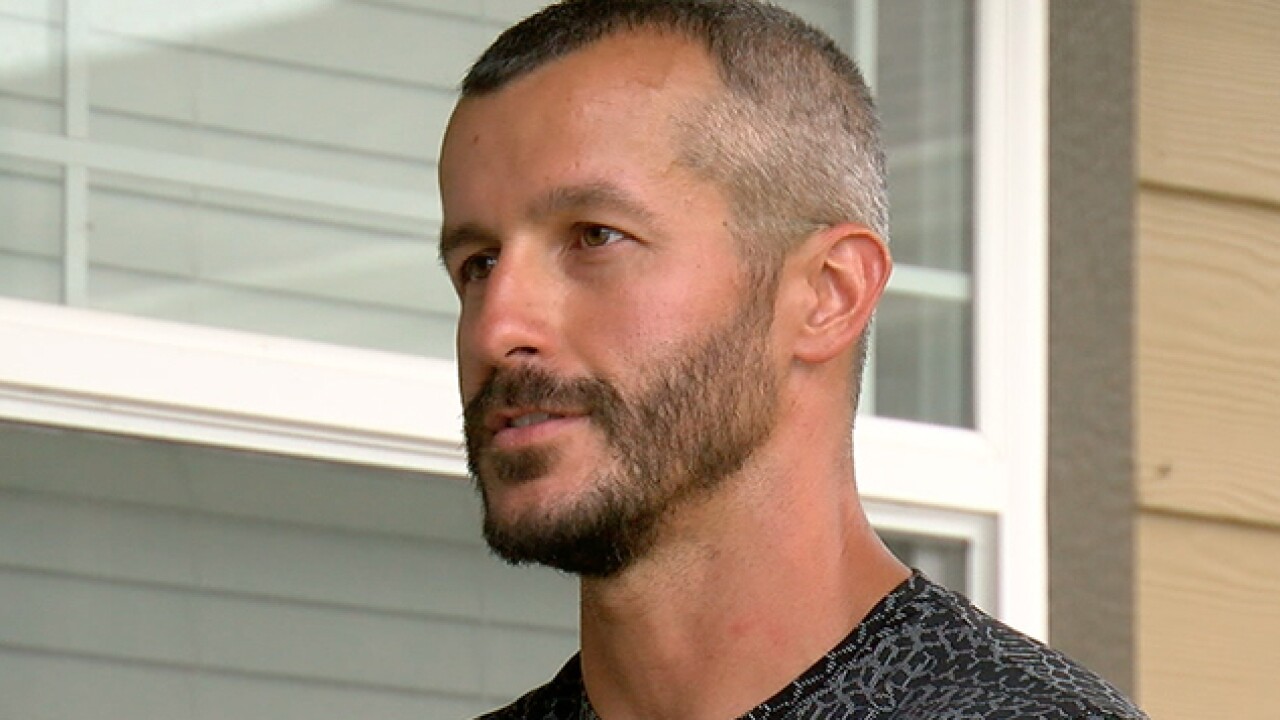 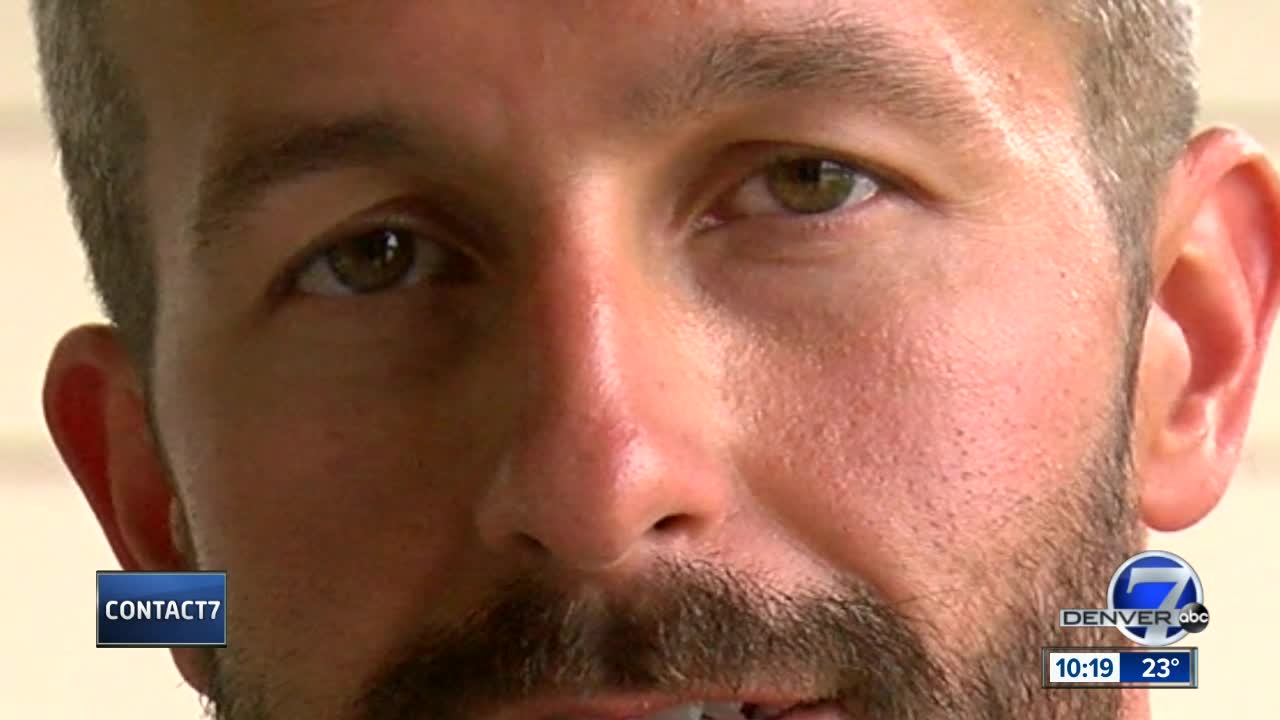 DENVER — Emotionless, unaffected and scripted. When convicted killer Christopher Watts spoke to Denver7 reporter Tomas Hoppough and then later to investigators last August, it was what he did not say and do that raised a lot of eyebrows.

His insistence that he “…wanted his family back” and that his pregnant wife and two young girls' disappearance was “…tearing me apart” would have been more convincing had he shown even a shred of emotion.

Even as Weld County homicide detectives interrogated Watts, getting the husband and father to show even a little emotion over the murder of his family was a challenge. That is, until Watts finally confessed. Then the tears poured like rain. He was caught.

Who was Christopher Lee Watts in the moments leading up to and after he suffocated his wife and kids?

We put that question to a pair of Colorado’s most respected police psychology experts, Lottie Flater and John Nicoletti.

It’s important to note these two specialists worked with police on two of Colorado’s most horrific crimes: the Columbine High school shootings and the Aurora theater shooting.

They are used to being lied to. It’s how they have helped police get to the truth for more than two decades now.

And they will tell you the lies that Chris Watts told for more than two months about the disappearance of his family were as easy to read as a children’s book. And it begins with that interview by Denver7 on Watt’s front porch.

As Flater and Nicoletti watched the interview, they immediately saw something that is very unusual for a man coming to the realization that his wife and two girls are gone.

“He’s so into himself,” Lottie Flater said. “This is all about him. This is a scenario that he has built up, that he has the right to do this.”

She was referring to the cold and calculated way Watts made statements like this to our reporter: “I mean, my kids are my life. I mean, those smiles are my life...Please bring her back. I need to see everybody.”

“We can’t see the whole body but it looks like he’s holding his arms together," Nicoletti said. "That’s kind of keeping it together and he’s trying to maintain control. We call that staging.”

Chris Watts’ lies and ever-evolving story give both Flater and Nicoletti a very clear picture of who he is and why he saw murder as the best way to get what he wants.

They also believe Watts’ decision to give our reporter, Tomas Hoppough, that impromptu interview on his front porch was a textbook attempt to show homicide detectives that he was just a regular guy trying to help find his family.

Which leads us into the interrogation room at the Weld County Sheriff’s office and the unraveling of a killer’s account.

Detectives spent hours trying to get Watts to confess to his crimes. His demeanor never changed. He repeated that he wanted Shanann and the girls to come home. Detectives kept telling Watts he knows that’s not going to happen.

“You hear the desperation in his voice. He knows he’s starting to get pinned,” Flater said.

“If you had remorse and grief about killing your kids,” Nicoletti added, “that would be very intense for you. He’s looking at it as a cognitive exercise.”

Even when detectives showed Watts several family pictures, there was no emotional response.

“No tears when he’s talking about killing the girls. No tears. The only times we saw tears is when they were talking about what’s going to happen to him. That’s pretty… that’s very, very significant.”

But Watts had one more trick up his sleeve in a desperate attempt to stay in control. His story changed dramatically. Now, instead on simply not knowing what happened to his wife and the two girls, he explained to his own father and detectives in the room that Shanann killed the girls after she discovered Chris wanted a divorce. In turn, he killed Shanann in a fit of rage over her actions. Once again, no one was buying the story.

“Well it’s desperation,” Flater explained. “I’m getting caught so I gotta come up with something. She killed the kids. I freaked out.”

“OK, it's up. He’s caught and that reality is setting in,” Flater said. “That is why he’s crying...because he’s caught. This is the first time you see emotion. You didn’t see emotion when his family was killed.”

“When people have trauma, when they lose somebody, they lose their appetite,” Nicoletti explained. “Yeah, I’ll have a pizza. I don’t care what kind.”

Flater was equally surprised by Watts’ shamelessness. “He just explained how he stuffed his children into a tank of oil and water at their burial place. Yeah, I’ll have pizza. That is one evil man.”

As for the public reaction to the Watts murders, both Flatter and Nicoletti agreed that obsessing over the crime is unhealthy. Nicoletti believes the questions about motive and possible mental illness will never be fully answered.

“If people obsess about this case, they’re going to become paranoid and they’re going to think, 'Oh my God, my next-door neighbor just took a family picture.' Yeah, I mean the paranoia just kind of grows like, 'I can’t trust anybody.'”

Which brings us to perhaps the most frightening question of all — are all of us capable of this kind of evil, this kind of violence?

As for Christopher Watts, he is now serving three life sentences without the possibility of parole at a state prison in Wisconsin.