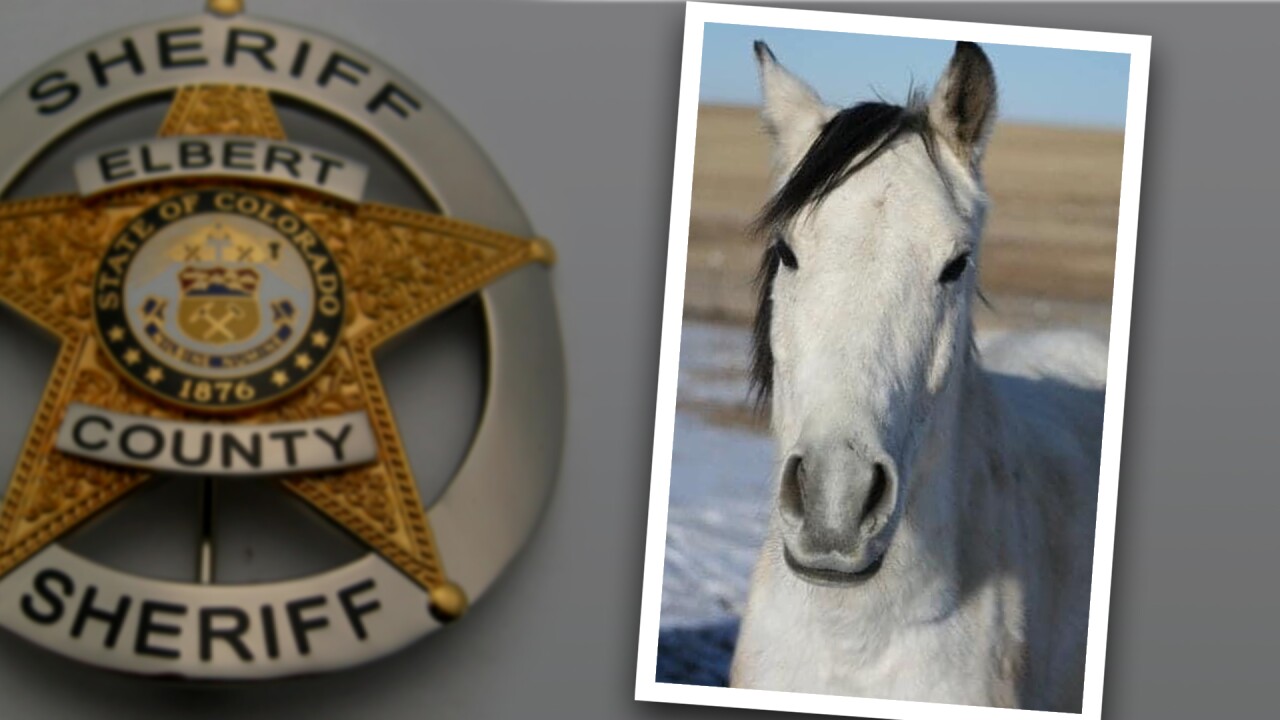 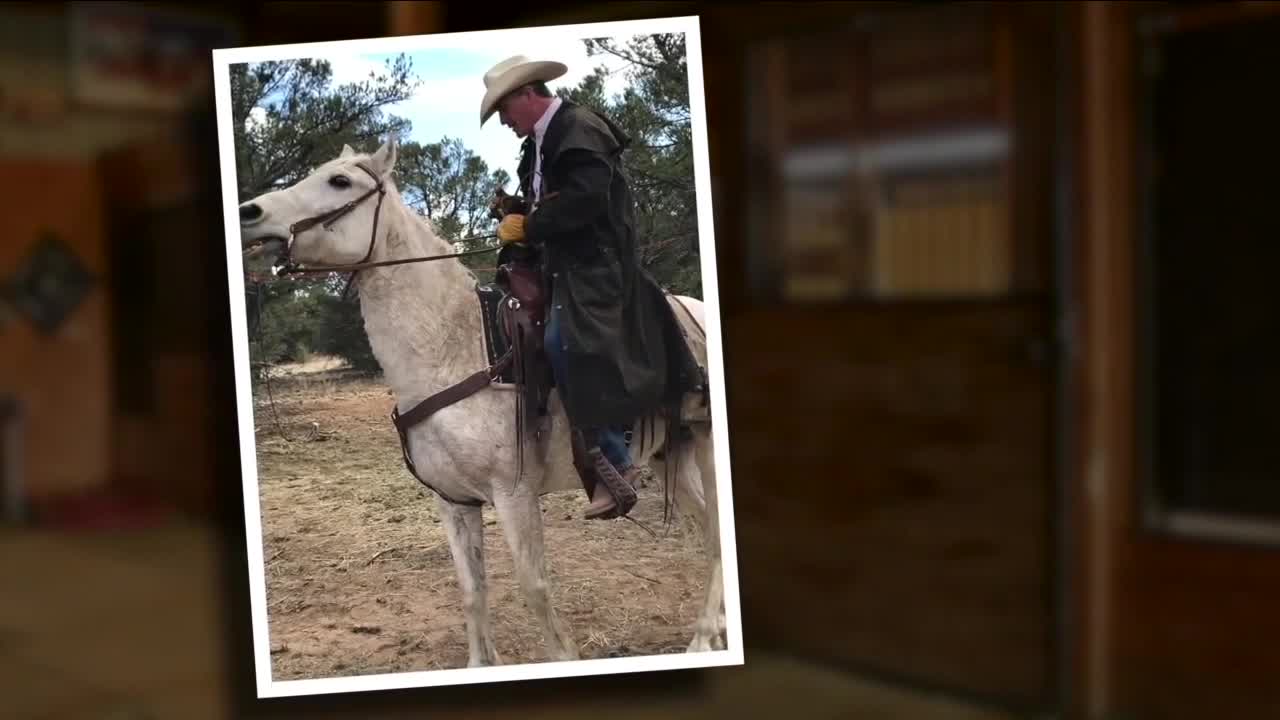 ELBERT COUNTY, Colo. -- "It ripped my heart out when we realized it was an actual bullet through the horses head,” said Dan Havens, the owner of Laredo, a 21-year-old horse he had raised since it was born.

“He's a great riding horse,” Havens added. “He absolutely was part of our family.”

Havens showed Contact7 Investigates a video taken the Sunday before he found his prized horse with a bullet hole in its head.

Last month, Havens returned to his barn in Elbert County and realized something was not right with Laredo.

“When I arrived home that day I saw my horse out here,” Havens said as he pointed to an area outside Laredo’s spot in the Barn. Laredo was laying in the mud. “I started brushing the side of his face and that's when I noticed the bullet hole between his ear and his eye,” Havens said. He added that’s when the reality set in, “I was shocked.”

By legal definition, you can’t murder a horse. The crime is considered animal cruelty. But by virtually every other sense of the definition, the story of Laredo’s death is a murder mystery.

“I do believe that someone walked into my barn and put a gun to the head of my horse and shot it — execution style," Havens said.

The Elbert County horse owner provided Contact7 Investigates with pictures showing how the bullet entered the side of Laredo’s head between his eye and his temple and then exited the other side of the horse’s head. Laredo was killed on April 24 of this year and investigators believe it happened sometime between 5 a.m. and 1 p.m. that day.

“Unfortunately, there's not a lot to go on,” said Sergeant Jonathan Rollf with the Elbert County Sheriff’s Office. Rolff is the man leading the investigation into the heinous shooting of Laredo. When asked if he has a motive for the unexplained shooting, Rollf responded, "I wish I had an answer to that.”

“This is the second case within about the last seven or eight months," Rollf said. He says there are consistencies in the two horse shootings, adding they are, “similar in nature.” Rollf is hoping the attention brought by this Contact7 Investigates report will help spark someone to call with information.

Laredo’s shooting was the second “execution style” shooting of a horse in an Elbert County barn since October. Investigators say at this time, they have very little to go on in their attempt to find the person or people responsible for the killings.

Veterinarian says gunman must be a "sick individual"

“To think that somebody can put a bullet in a gentle creature’s brain for the thrill,” said Dale Rice, Laredo’s veterinarian and a well know Elbert County vet, “that's a sick individual."

After recognizing Laredo was shot through his head, Havens immediately called Rice to see if there was any chance to save his horse.

“They had to watch this horse go down,” the veterinarian added. “They had to see the blood coming out of his ears. They had to get a thrill out of it and that makes me mad,” he said.

Rice spent hours trying to save Laredo but was unfortunately unsuccessful in saving the horse’s life.

“We have thousands of questions and no answers,” said Havens, Laredo’s owner. “Why this one horse, we just don't know.”

At this time, investigators do know Laredo was killed with a gun, a single bullet and it happened in the Havens’ barn in Elbert County on April 24. What they don’t know at this time is who is responsible and why would they kill a defenseless horse.

“He was looking in that horse's eye when he pulled the trigger," veterinarian Rice added, talking about the person who killed Laredo. “Think about a person that could do that."

Investigators asking for help from the public

The Elbert County Sheriff’s Office has told Contact7 Investigates that investigators currently have very little to help solve this case. They are hoping if anyone saw or heard something unusual back on April 24, that they will call the Sheriff’s Office to report it. Havens, Laredo’s owner, hopes someone will share some information that can produce public accountability for Laredo’s killer.