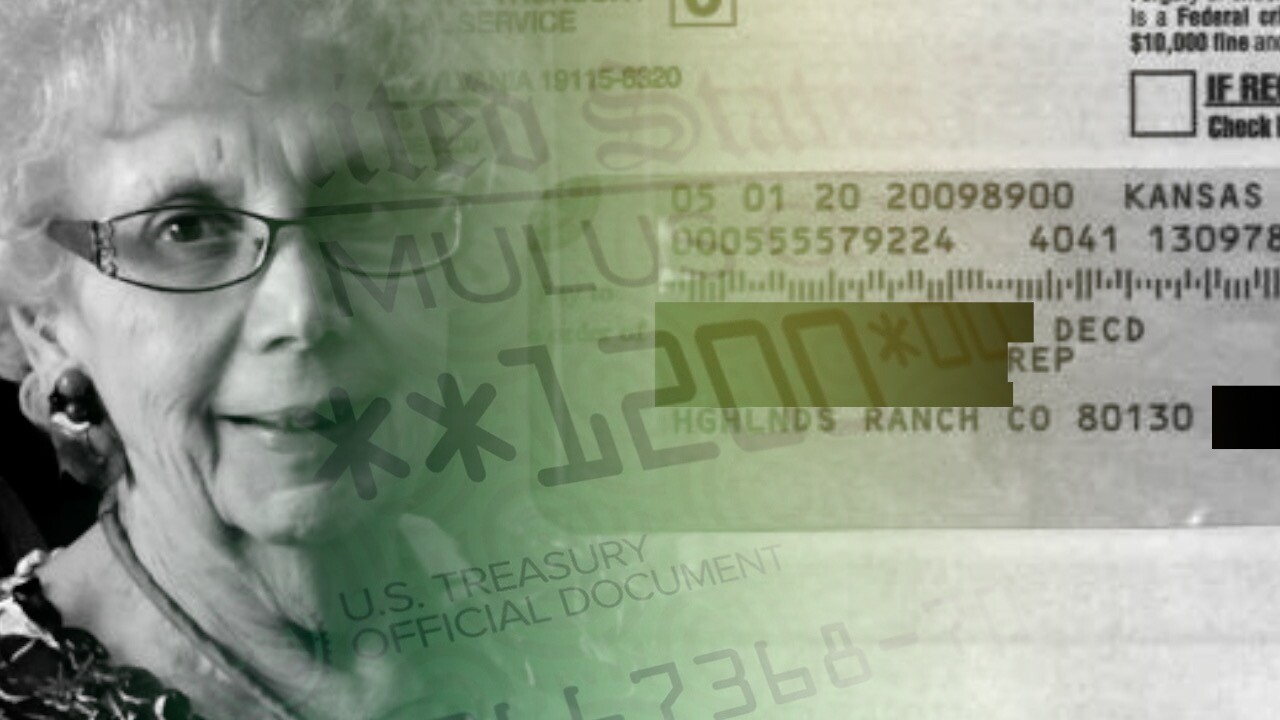 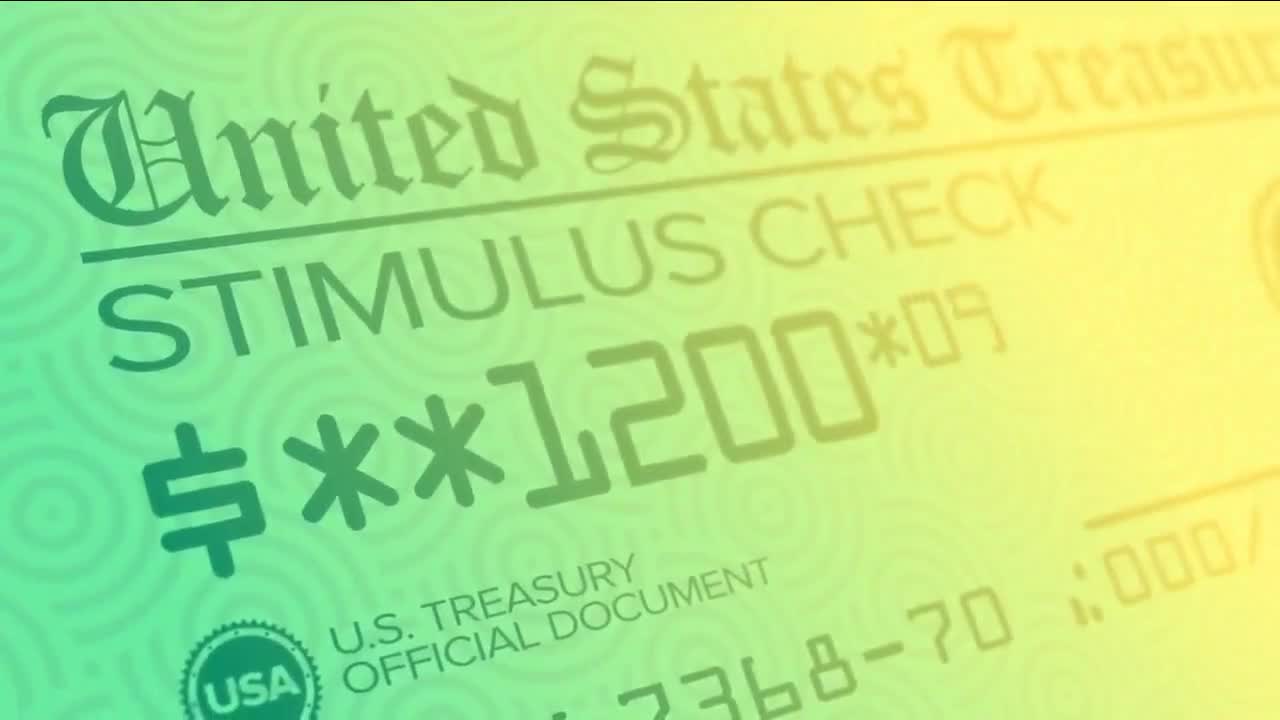 HIGHLANDS RANCH, Colo. — While many Americans are still waiting for their stimulus money, a Highlands Ranch man is now wondering why his mother received an envelope with a $1,200 check inside.

“My mom passed away two years ago,” Lee Cohen said. “And I received the stimulus check for her.”

Back in March, U.S. Secretary of the Treasury Steven Mnuchin announced: “We are looking to send checks out to Americans. … Americans need cash now and the president wants to get cash now. And I mean now."

That announcement set the stimulus check printing presses into motion. Since March, the federal government has sent out more than 130 million checks totaling over $200 billion.

Recently, Cohen opened his mailbox and found an envelope addressed to his deceased mother and it listed him as her representative.

“I couldn’t believe they sent it since my mom was deceased,” Cohen said. His mother died in 2018. “I even filed a final tax return for her, so they have the data.”

Prior to sending the money, the treasury department apparently did not search public records for her death certificate, Cohen said. He also informed Social Security to discontinue her benefits. And earlier this year, before the checks were sent, he filed her final tax return with the Internal Revenue Service.

“They must not have their systems tied together,” Cohen said, referring to the fact the government sent the stimulus check and did not reference records with Social Security or the IRS. “We are wasting a lot of taxpayers money sending out checks to people that shouldn’t receive them. … I’m sure some people are cashing them.”

Cohen also questioned another apparent oversight that was ignored on the front of the check sent to his mother.

The letters “DECD” appear on the check just after Cohen’s mother’s name. When asked what he believes the four letters stand for Cohen replied: “They knew she was deceased, so they shouldn’t have sent it.”

Contact7 Investigates reached out to the three candidates currently running for one of Colorado’s two Senate seats in Washington D.C. for reaction and insight on the stimulus check issue.

"When you see a case like this," said former Colorado House Speaker and current Democratic candidate for U.S. Senate Andrew Romanoff, “it makes you wonder who's running the ship.”

Republican Sen. Cory Gardner was not available for comment.

“Plainly someone fell asleep at the switch,” Romanoff said. “I don't know how hard it would be to check a database against a list of death records, that should have been done before this went out.”

“This is a clear example of, 'where's the oversight?'” Hickenlooper added. “It's very frustrating to me to see that this kind of conduct and the lack of professionalism is just accepted because people in Washington don't care."

Did he consider cashing the check?

Contact7 Investigates asked Cohen if he considered cashing the check when he received it a few weeks back. Cohen replied, “I mean I could have deposited it, because my name is on it, as the executor. But it's not my money."

Cohen said he voided the check and put it in the mail to the IRS office in Fresno, California.

Contact7 Investigates reached out to the Internal Revenue Service and the Treasury Department for answers. Both agencies declined to answer how many checks have been mailed out to deceased individuals.