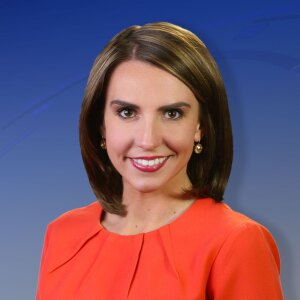 Denver7 Investigates dug into data provided by CMATT and found car thefts are up 173% in the past three years and there are definite hot spots where cars are much more likely to be stolen.

Julia Carter, a new mom, had her car stolen in less than 30 minutes while she went inside an Aurora Walmart for baby formula.

“I had my daughter’s car seat in there, her stroller. Walk out, and the car’s gone. I almost had a panic attack,” she said.

Carter’s story is one shared by many across the Denver metro area.

Colorado is notoriously No. 1 in the nation for car thefts, with more cars stolen per capita than any other state in the country, according to the National Insurance Crime Bureau.

“We are outranking California at this point,” Greenwell said.

Denver7 Investigates dug into the data provided by CMATT and found car thefts are up 173% in the past three years and there are definite hot spots where cars are much more likely to be stolen.

Data analysis uncovered five key hot spots and one common denominator with all of them. Thieves like to steal cars from apartment complexes and large parking garages.

“Because there’s a larger concentration of vehicles. There’s less likelihood that someone is going to see them,” Greenwell said.

The first hot spot the data uncovered is around Sloan’s Lake in Denver, where there is a heavy concentration of apartment complexes. In the first four months of 2022, 117 cars were stolen from this area.

Lower Downtown between 14th St. and 19th St. also showed up as a hot spot. Here, again, there are a lot of parking garages and more than 100 cars stolen in the same time frame.

Denver International Airport and the hotels around Tower Road are also prime targets for car thieves. One-hundred five cars were stolen from January to April of this year.

“Six miles around the airport has always been somewhat of a hotspot,” Greenwell said.

Denver Police Department data shows auto theft reports at DIA have more than doubled in the past three years.

“And the reason for that is thieves now know that a lot of our unsuspecting victims drive to these hotels, drive to the airport, and they’re gone for more than 24 hours,” Greenwell said.

Lakewood’s Belmar Shopping Center is also near the top of the list for motor vehicle thefts, with 81, as does Aurora’s City Center, where 56 cars have been snatched since January.

“We have fewer people going to jail for auto theft,” Greenwell said. “There’s no ramifications to the auto thief for stealing that car.”

Greenwell said lawmakers have watered down the penalties for auto theft and allowed the criminals who are caught to walk within days, if not hours, of being arrested. Catalytic converter thefts have also become a massive problem in the metro area.

“We have one suspect that we talked with, and he said he steals anywhere from one to 10 cars a day because he can,” he said.

Greenwell is calling on lawmakers to act and prevent Coloradans from being victimized. An Aurora City Councilman recently introduced an ordinance to create mandatory jail time for motor vehicle theft.

Victims take matters into their own hands

Victims like Carter, frustrated with the police response, have turned to the public Facebook page called Colorado Stolen Cars to find her missing Hyundai.

“If it wasn’t for that page, I don’t think my car would have been found. That page is doing so much for the community,” Carter said.

MORE: Catalytic converter thefts: What cars are being targeted, where it's happening, & how to protect yourself

With the help of the Facebook page, Carter found her car in Denver, miles away from the Walmart where it was stolen.

“You never think your car is going to get stolen until it actually happens to you,” she said.