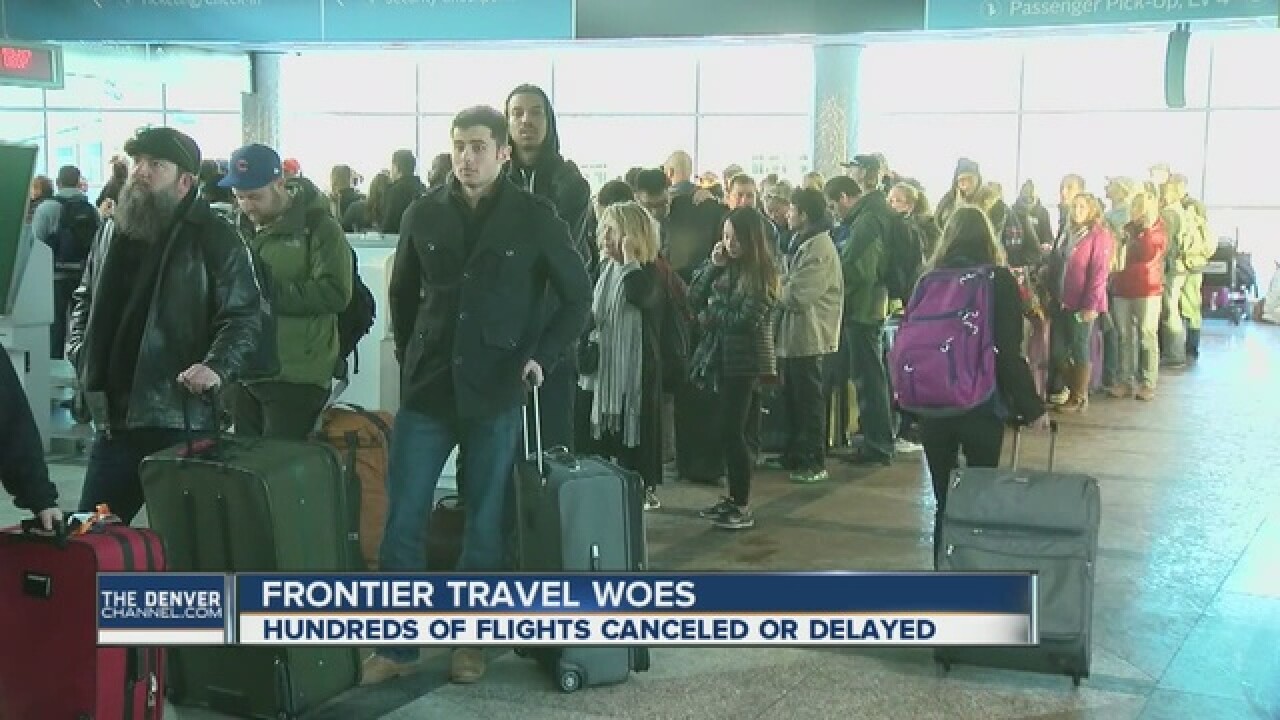 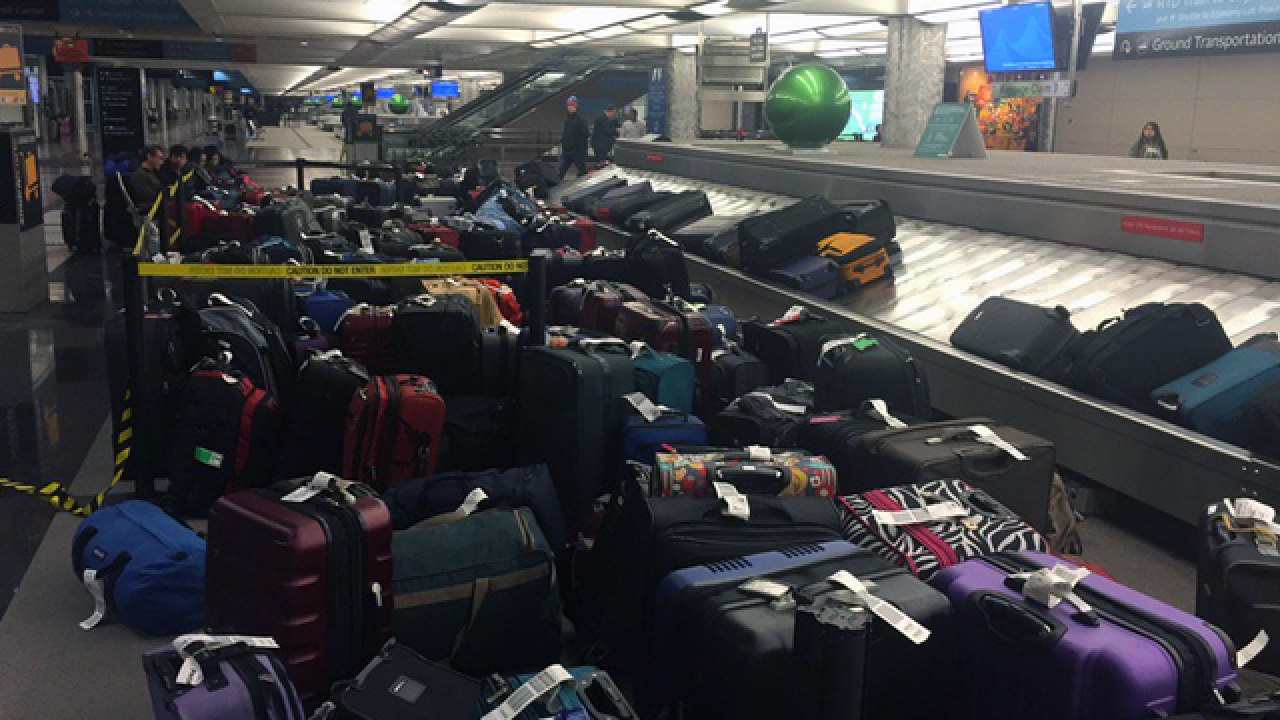 DENVER –Frontier Airlines is trying to get back on track after a barrage of canceled and delayed flights plagued the airline over the weekend.

Passengers are dealing with the domino effect from this weekend’s near-shutdown of the airline as a sea of baggage sat unclaimed at Denver International Airport Tuesday morning.

Frontier Airlines said it expected to have 60 percent of delayed bags on their way to their respective destinations by Monday evening, according to a spokesman. The airline says bags started being delivered to passengers in Denver Monday.

Frontier spokesman Jim Faulkner said 65 percent of flights took off system-wide Monday. Employees are working around the clock, he said. All outbound flights were listed as "on time" Tuesday morning.

Passengers have been stranded at Denver International Airport since a weekend snowstorm that dumped 8 inches on the city. Other people have not been able to locate their checked luggage for two days.

The head of Frontier Airlines' pilots’ union told pilots the airline “once again fell on its face” and blamed “executive mismanagement,” according to a letter to pilots obtained by Denver7 Investigates.

The letter, written by Capt. Brian Ketchum, Chairman of the Frontier Master Executive Council, said the airline “simply fell apart” over the weekend when Frontier canceled about 70 percent of its flights due to more snow than expected.

He says he hopes to understand what happened to the airline when management and union representatives meet on Wednesday.

Rumors about causes have swirled, such as one saying baggage handlers simply walked off the job. Frontier has denied this and Ketchum says he has not seen evidence to support a walk off.

“My only understanding of what may have been staffing issues was a spike in sick calls for the ramp and possibly some people having difficulty getting to work due to the weather,” he said.

Faulkner told Denver7 more employees were brought in to help over the weekend.

Many positions -- including gate agents, ramp employees and customer service personnel -- are outsourced and are not actual Frontier employees.

A company named Simplicity employs people to work on the ramps loading and unloading bags.

Faulkner apologized to customers affected by the delays and cancelations in an email to Denver7 Investigates.

He said many Frontier employees worked hard to help connect passengers with their bags.

“We’ve encouraged passengers to go online and fill out refund requests, as we’ve brought in more staff in customer relations to help process the requests,” Faulker said. The website for Frontier can be found here.

Some customers were put on other airlines, he said, however many of those flights were already full.

Some passengers were given food or hotel vouchers, Faulkner said, but such vouchers were issued on a case-by-case basis.

“Not everyone got them,” he said, without elaborating on what situations prompted the airline to give vouchers.

Often airlines decline to provide compensation when a flight is delayed or canceled due to weather.

Ketchum doesn’t feel the weekend debacle will stop passengers from flying with the airline, he said.

“In the airline business, there are different competitors,” he said. “In the ultra-low cost world, there is some dissatisfaction with the travel experience at times.”

He said history shows that even after major system issues, passengers are eager for low-cost tickets and will continue to book them with low-cost carriers.

“Our planes are constantly full and the company is doing very well financially,” he said.

The airline had a 25.6 percent profit margin in the most recent quarter, according to the pilots' union letter.

Jace Larson is an award-winning investigative reporter for Denver7 Investigates. If you have a story idea or a tip for Jace, email or text him at jace@thedenverchannel.com or 720-270-1468. You can remain anonymous. Connect with Jace on Facebook, Twitter or Instagram.