A Texas family is working to recover after a malfunctioning Colorado ski lift changed their lives forever.

A Texas family is working to recover after a malfunctioning Colorado ski lift changed their lives forever.

Kelly Huber was only 40 years old when she and her two daughters were thrown from the lift at Ski Granby Ranch in December of 2016. The two girls suffered broken bones, but their mother did not survive the 25-foot fall from the lift. 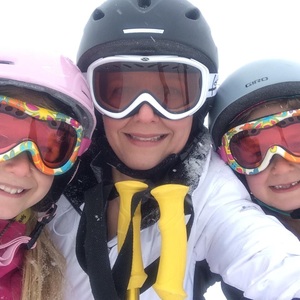 Huber’s ex-husband, Bill Huber, is now raising their two daughters in San Antonio. Huber invited Denver7 Investigates to the family’s Texas home to share how they are working to move forward with their lives, while fighting for ski safety changes here in Colorado.

“We are now a statistic… a horrible statistic,” Huber said. “This should never happen. And if you knew about it, it should sure damn never happen.”

The family filed suit against the resort in December, claiming Granby was negligent because it had been informed about problems with the lift in the days before Kelly Huber was killed yet kept it operational.

Huber said he has been learning everything he can about what happened on the ski lift, not only to hold the resort accountable, but also to try to bring an explanation to his daughters. 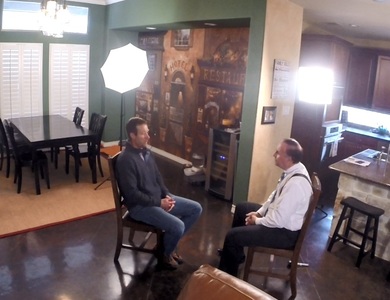 “I felt at some point the girls would ask me, ‘Daddy tell me what happened. Why was I so injured? Why did my mom die?’”

His youngest daughter, 10-year-old Taylor, has no memory of the incident. But 14-year-old Ashley has described to her father what she remembers.

A skier who was on another chair when the Hubers were thrown made a video of the commotion below. (Click here to watch if you're on a mobile device.)

In the video, the skier’s chair continued to visibly sway as bystanders below tried to perform CPR on Kelly Huber.

“[Ashley] heard them scream out, ‘There is no pulse, no pulse,’ and then they started beating on her mom's chest. They were trying to keep Kelly alive.”

Emergency responders tried for an hour to revive Kelly Huber. An autopsy report showed she suffered blunt force trauma and a torn aorta, attributed to the force of the 25-foot fall onto the icy snowpack.

Ashley’s leg broke in three places. Taylor suffered seven broken bones and internal injuries. Their father said while the physical injuries were extensive, the long-term challenge for the family is the emotional fallout. 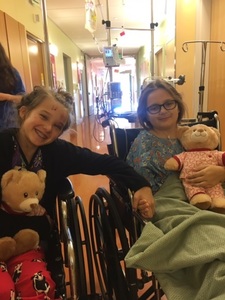 “I think for me one of the hardest things is I don't have any tools to fix the heart. We work on that a lot,” Huber told Denver7. “This is our new life. At the very least, let’s try and make it as enjoyable and as positive and as rewarding as we can moving forward.”

The family planted a tree at a swim club in San Antonio in Kelly Huber’s memory on Mother’s Day last year. Kelly was a parent leader at the club. Now, her children and their father work daily to keep her memory alive. 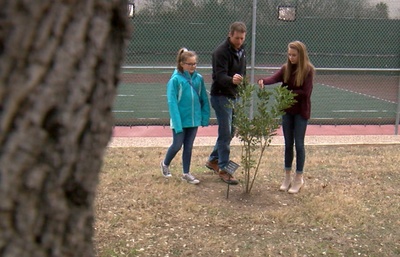 “We talk about her every day,” Bill Huber said. “She was an amazing woman. The world has lost one of the better ones.”

Granby Ranch CEO Melissa Cipriani declined to comment for this story, writing in a statement, "Since this incident is now the subject of a lawsuit, Granby Ranch will not be discussing the case in the news media."