'Everyone in Colorado should be concerned about that water': Meat packing plant broke law for 5 yrs. 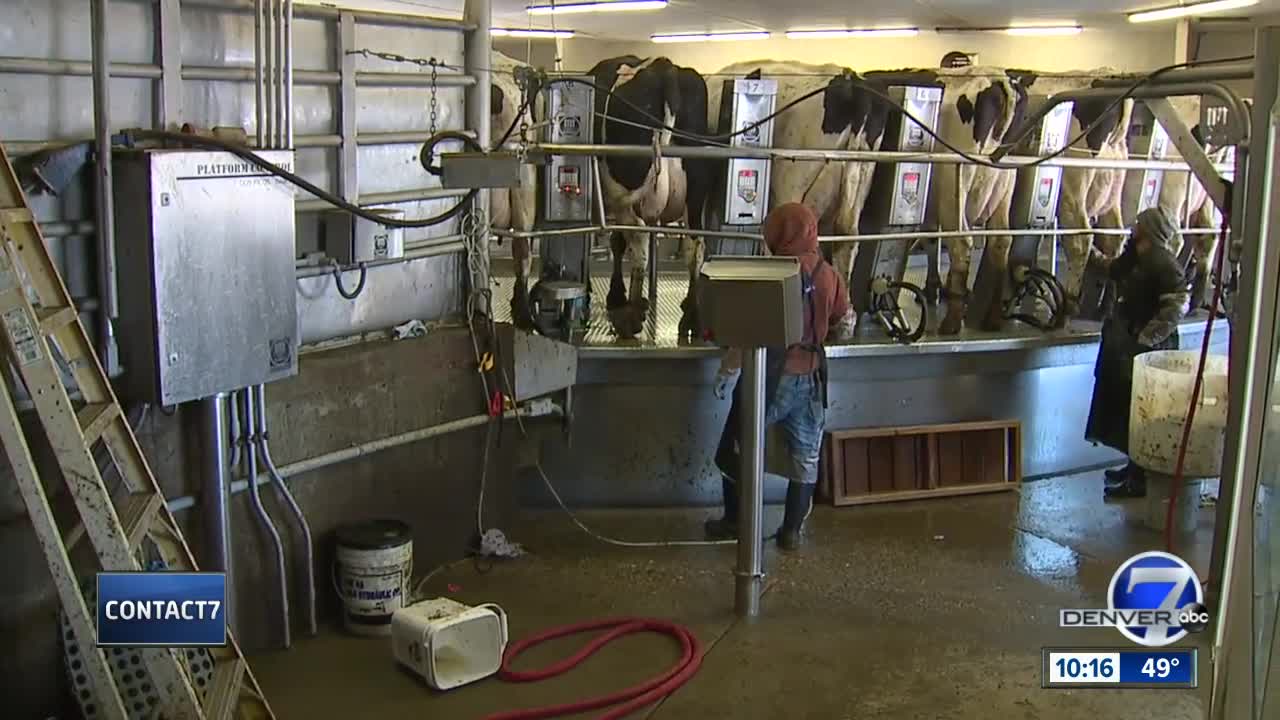 State regulators are now rethinking how they handled dangerous water discharges from one of the world’s largest meat packers after an investigation by Contact7 Investigates. For 60 consecutive months, the JBS Swift plant in Greeley failed to meet state and federal guidelines for the water it discharged from a holding pond near its slaughterhouse. 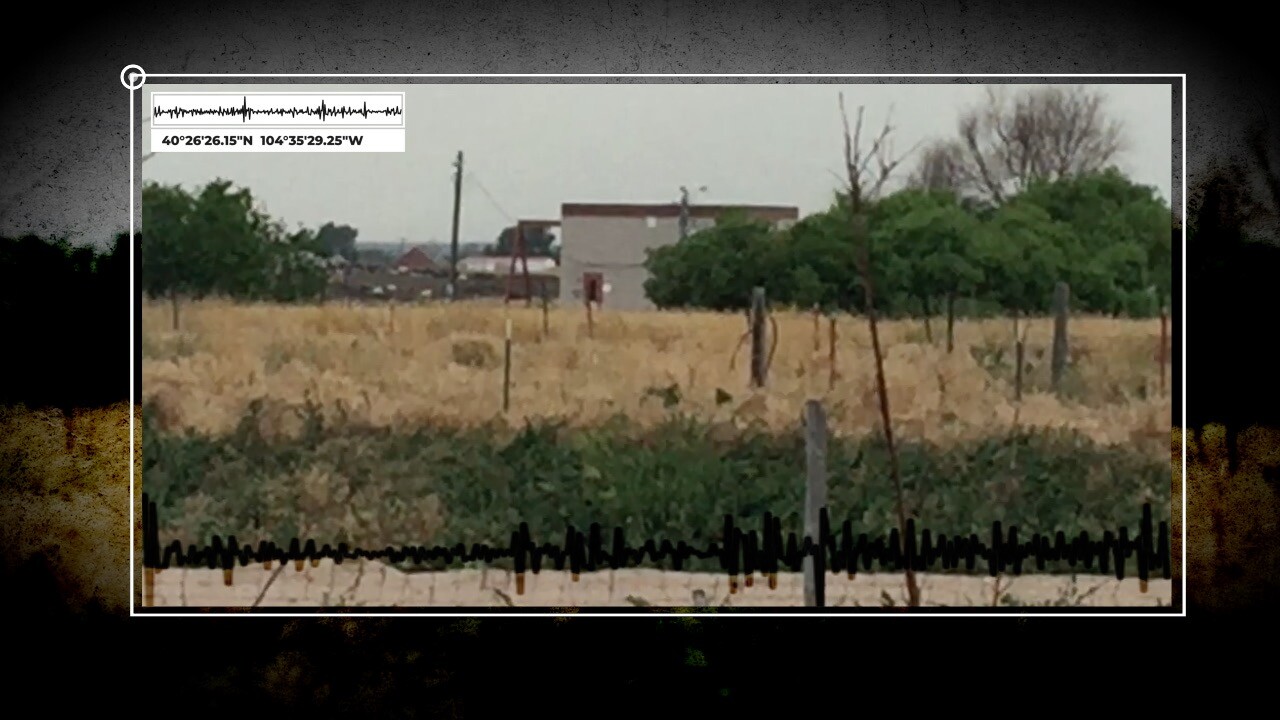 GREELEY, Colo. -- State regulators are now rethinking how they handled dangerous water discharges from one of the world’s largest meat packers after an investigation by Contact7 Investigates. For 60 consecutive months, the JBS Swift plant in Greeley failed to meet state and federal guidelines for the water it discharged from a holding pond near its slaughterhouse.

“It could have been handled differently,” said Patrick Pfaltzgraff, the director of the Colorado Department of Public Health and Environment’s Water Quality Division. Pfaltzgraff came to that conclusion after neighbors, dairy farmers and environmental watchdogs raised concerns in a Contact7 investigation.

“It was loud, it was obnoxious,” said Renee Geha, a homeowner who lives within a couple hundred yards of the JBS water holding pond in Greeley. “We just wondered if we were safe out here,” added Renee’s husband, Mike Geha. Both were describing what they lived with for several months dating back more than three years ago.

The Geha’s say the siren, which sounds like an ambulance siren, would go off at all times of the day and night and sometimes blare for 12 or 13 hours at a time. They reached out to local authorities and law enforcement trying to get an explanation. “When we realized it was that close, we thought… that’s not good,” added Mike Geha. In recent months, the siren sound has subsided, but the couple never learned why it was going off and what was the purpose of the warning.

Earlier this year, the Center for Biological Diversity along with Food and Water Watch, two environmental watchdog groups, filed a 27-page lawsuit in federal district court in Colorado. Among other things, the legal action accuses JBS Swift Beef Company of failing to meet state and federal guidelines for 60 consecutive months between 2014 and 2018 in the release of water from the company’s holding pond in Greeley.

“I thought, 'what in the world is going on over there?'” said Renee Geha after reading the legal document. “We had no idea what was going on,” she continued. “We’re this close and we had no idea.” Regular testing of the water revealed the facility sent water into Colorado’s waterways that contained potentially harmful chemicals. Effluent from the JBS holding ponds feed into Lone Tree Creek and it is a tributary to the South Platte River.

The lawsuit claims the slaughterhouse which kills between 3,000 and 6,000 animals per day generates an animal wastewater stream that includes animal fat, meat, blood, E. coli, ammonia and excrement. This wastewater amounts to 3 to 4 million gallons per day that must be treated and meet standards before making its way into Colorado’s water system.

“I think its fair to say, the state should have taken much stronger action years ago,” said Tarah Heinzen, the lead attorney for Food and Water Watch. In the lawsuit, the two groups are asking JBS to fix the problem and they are also asking the courts to asses a financial penalty for the five years of failing to meet standards.

“We could be potentially talking millions,” Heinzen added. Referring to the possibility a judge could fine JBS millions of dollars for the failures. State and federal regulations allow fines of several thousands of dollars per violation per day. Based on the violations and the length of time, getting to millions of dollars is certainly possible.

“I think allowing five years of violations to go unchecked is really egregious,” added Heinzen. She was referring to the fact that the Colorado Department of Public Health and Environment did not issue a single fine during the five years JBS failed to meet regulations.

“If that water resource is damaged, the consequences are enormous,” added a veteran Colorado environmental consultant. He has four decades of experience helping companies comply with state and federal environmental and pollution requirements. “Everyone in Colorado should be concerned about that water.”

The veteran consultant spoke with Denver7 on the condition we did not disclose his identity. He wanted to provide his perspective, but also feared retaliation by state inspectors against his clients. When asked if he’s ever seen a company going five years without meeting water standards and then never receiving a fine, he responded… “I have not. I’ve worked a lot of projects; hundreds of clients and I’ve never seen this before.”

When asked how it could happen, and his view of why it is happening, the environmental consultant responded, “a large influential corporation is able to break the rules without a state agency holding them accountable.”

“If they are not going to fine them, then I shouldn’t be fined either,” said a veteran Colorado Dairy farmer. Like the environmental consultant, this dairy farmer would only talk with Denver7 on the condition we concealed his identity. “I broke the law for ten minutes and I was fined,” he added. “And they are breaking the law for five years and not fined. I feel like there’s a double standard.”

The dairy farmer requested anonymity because he fears retaliation by state inspectors. “I could potentially be looking at a couple hundred thousand dollars in fines,” the dairy farmer added. His facility is considered “small” by Colorado standards. His farm produces 25,000 gallons of milk per day.

Contact7 Investigates reviewed state records for the five years that JBS was not fined for failing to meet standards. The review located 56 businesses fined more than $7.6 million from 2014-2018. When learning what Denver7 uncovered, the dairy farmer responded, “that’s not fair, that’s not fair.”

“It is accurate, they were not in compliance for the five-year period,” said Pfaltzgraff, the director of CDPHE’s water quality division. “We do not want these kinds of violations to occur as long as this one did,” he added. Pfaltzgraff said, “they were moving towards compliance” when asked to explain why the process took so long. Changes in how JBS processed the water at the treatment pond allowed the company to start meeting standards as of January of this year.

Denver7 asked the director of water quality to explain if the five years of failing to meet standards was a failure by JBS or the state of Colorado. ‘I don’t see it as my division’s failure,” said Pfaltzgraff. “The violations were incurred by JBS, so ultimately they are responsible for violating the laws and regulations of the state of Colorado.”

The water quality director was also questioned about the “double standard” pointed out by records uncovered by Denver7 and questions raised by at least one Colorado dairy farmer. Pfaltzgraff said there is reason for the state to take a closer look and told Denver7 a review is already underway. “We’ve already been engaged in doing that in terms of how this was allowed to go on for five years.” He added, “we don’t see that as acceptable.”

JBS responds with a statement

“Over the past five years, JBS USA has invested substantial capital in an innovative technology to improve environmental performance at the Lone Tree wastewater treatment facility. This type of technology is the most effective way to minimize industrial wastewater, and it took time to get right – longer than we would have liked – but we have remained in communication with our partners at the Colorado Department of Public Health and Environment to share our progress. As a result of these efforts, the facility has been in compliance with all wastewater regulations throughout 2019, and we are currently validating our air quality compliance because of a recent allegation, which we believe to be unsubstantiated, made by the same organization that filed the previous lawsuit. To further progress, in early 2020 we will also install an upgraded version of our evaporator to ensure ongoing compliance in the months and years to come.

Due to pending litigation, despite our attempts to partner in a shared solution with the plaintiffs, we are unable to do an on-camera interview.”

“I think there’s some big changes that probably need to be made on the way they handle things,” said the dairy farmer.

Now three years after hearing the first sounds of sirens, Mike and Renee Geha still don’t know what caused the sirens to sound for multiple hours on multiple days over multiple months. But they do know that they state has admitted the entire five-year event could have been handled differently.

“Five years later this is finally coming to light,” said Mike Geha. “We just wish it would have happened sooner.”