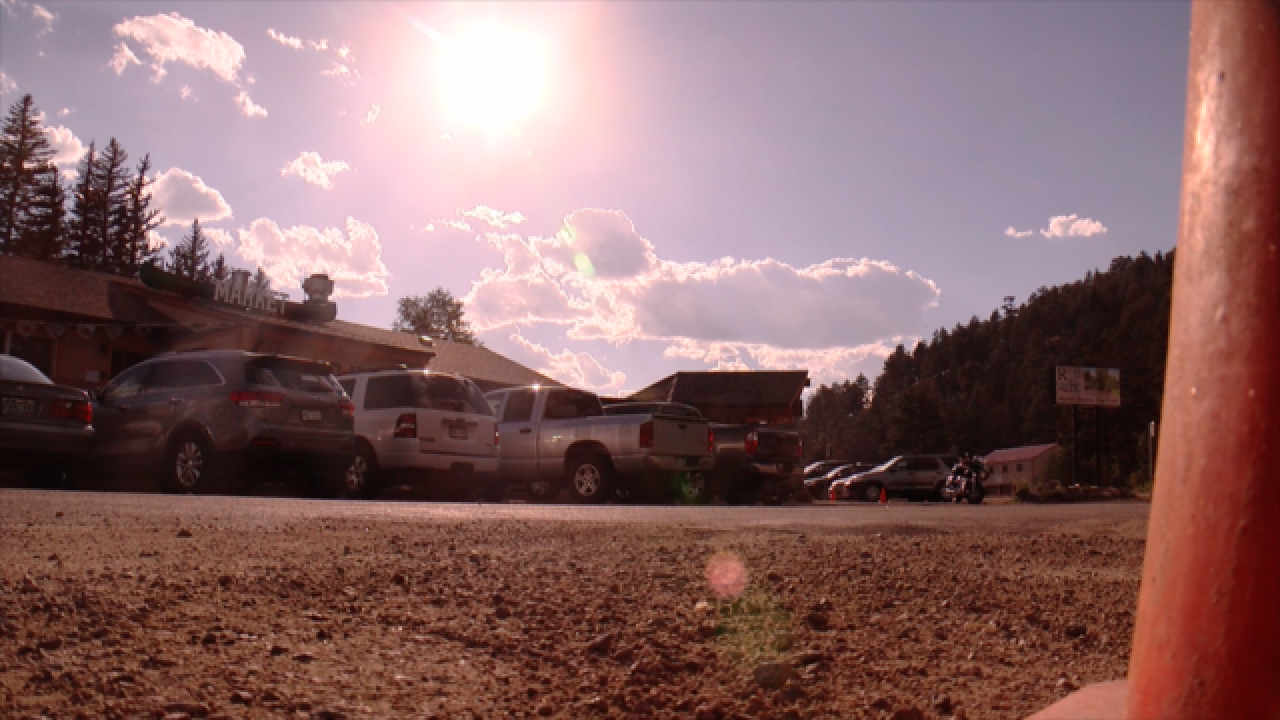 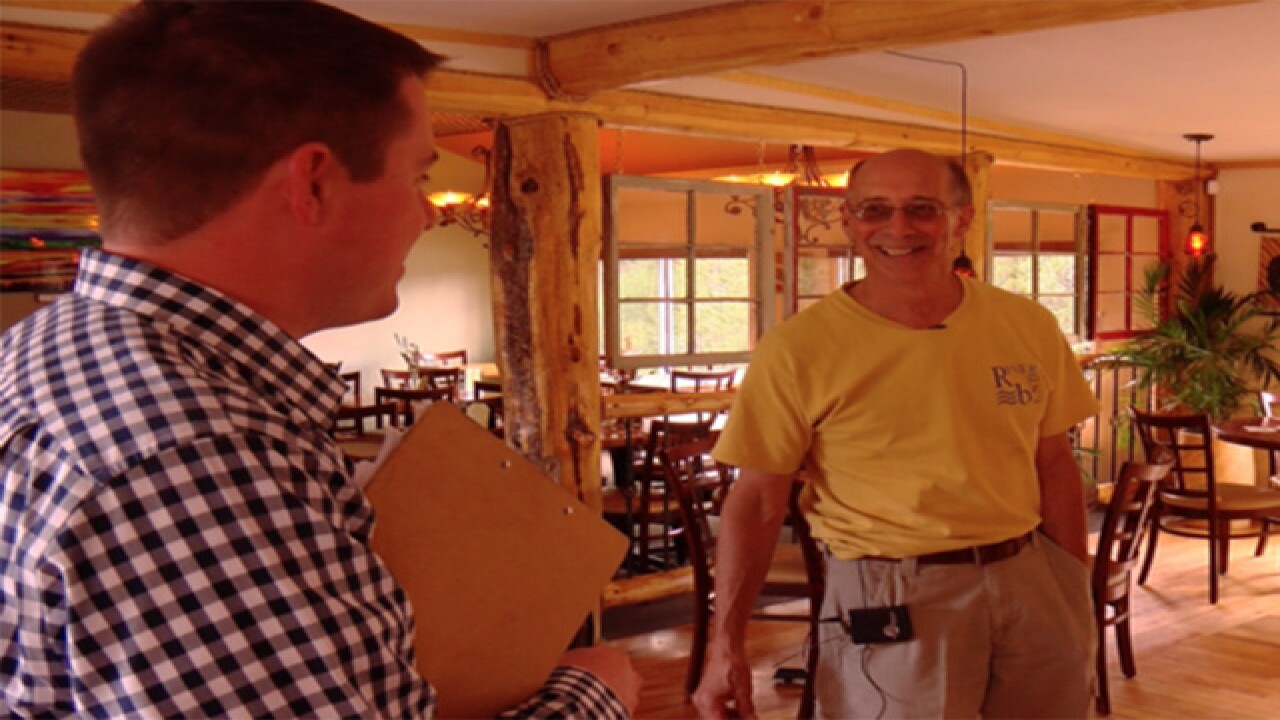 BAILEY, Colo. -- A rural Colorado restaurant owner says he is planning to shut down his business because he cannot afford to fight a lawsuit brought by a Florida man alleging violations of the Americans with Disabilities Act (ADA).

The same man, Santiago Abreu, brought complaints against 65 businesses throughout Colorado claiming he visited the businesses during frequent trips to the state.

In his lawsuits, Abreu says he suffers from multiple sclerosis and is partially paralyzed and uses a wheelchair. He says he makes frequent trips to Colorado in the lawsuits. The court filings describe Abreu as a “’tester’ for the purpose of discovering, encountering and engaging discrimination against the disabled in public accommodations.”

Denver7 reviewed all 65 lawsuits filed by Abreu in Colorado, beginning in the summer of 2015. Most of the businesses sued are restaurants, bars, gas stations or hotels. The targets range from the luxury Broadmoor Hotel in Colorado Springs to fast food restaurants on Colfax in Denver to nine different establishments on Breckenridge’s Main Street.

The lawsuits claim technical violations of the ADA – often Abreu encounters restroom counters, ATM machines, soda dispensers and urinals placed too high. Some of the lawsuits point out issues with entryways or doorways or parking spots.

None appear to have resulted in judgment in favor of the business. Preliminary Internet searches do not indicate that any of the businesses involved have closed in the wake of being sued by Abreu.

But one small-town business owner told Denver7 Investigates Abreu’s attorney told him he could make the case go away for $15,000. That business owner says that price is simply too steep and if he can’t fight off the lawsuit he will have to close.

“Putting people out of business is definitely not what the law was intended to do.”

Michael Abbondanza says when he bought and renovated Riverbend Market and Eatery next to the South Platte River in Bailey, he paid careful attention to county building codes. There’s a wheelchair ramp at the entrance and large stalls in the bathroom with grab bars for the disabled.

But in February, one-time customer Santiago Abreu hit Riverbend with a lawsuit, claiming a number of ADA violations, mostly in the restroom, including:

Attached to the lawsuit is a receipt showing the purchase of a $10.99 appetizer. Abbondanza says that small sale could cost him the business he worked hard to build.

Abreu’s attorneys would not agree to interviews to comment on settlements or settlement offers, but one attorney did release a statement saying the goal of the lawsuits is to force establishments to comply with the requirements.

Abbondanza is fighting back. He asked a federal judge to appoint him a pro bono attorney. The judge agreed but Abbondanza says he has yet to hear from the attorney appointed to represent him.

But Denver7’s analysis of Abreu’s court records in Colorado show even restaurants represented by attorneys are reaching undisclosed settlements. That leads Abbondanza to say it will likely be too costly to keep fighting the case – he says he plans to shut down his restaurant in October, leaving his 30 employees out of work.

Court records show Abreu made at least two trips through the city of Denver in the past two years, suing seven of the businesses he visited in that time.

Abreu’s lawsuits show he visited five of those businesses all in one day: July 2nd, 2015.

At some point in the day he also wrote in his lawsuits he visited Mead St. Station and Pizza Alley (identified in the litigation as Alley Pizza), on the same street in the Highlands as the coffee shop. Those two lawsuits did not include receipts for his visits.

At each of the above businesses, Abreu said he encountered bathrooms that did not meet ADA requirements.

Congress weighs action on “abuse of a good law”

Court records show Abreu has also filed lawsuits in several other states across the country. And he is hardly alone – ADA lawsuits have become big business all over the U.S.

In Arizona, the investigative team at Denver7’s sister station ABC15 found more than 1,000 lawsuits have piled up in one county since February – all brought by the same group.

“Because if you get it fixed, great, good on you," she said. "But you cost a lot of extra money that maybe could have been put into meeting standards.”

Stafford said there is value in private citizens with disabilities looking for violations they encounter and pointing them out to businesses. But even as an attorney, she encourages negotiation before litigation.

Many of Abreu’s Colorado cases are resolved even before the business files a response in court so it is unclear whether the business fixed any of the violations laid out in the lawsuit.

One exception is Il Bistro Italiano in Grand Junction, which Abreu sued alleging nine ADA violations in the unisex bathroom, including improper placement of paper towel and soap dispensers. The business filed a response in court saying it corrected all of the violations, all deemed by Il Bistro to be minor:

Congress is weighing whether to take action as the debate over ADA lawsuits grows nationally.

“Some of these lawsuits are, in my opinion, shakedowns for businesses,” Texas Rep. Ted Poe said at a May hearing. “This particular hearing that we're having deals with, I think, abuse of a good law.”

Lawmakers are considering legislation that would give businesses 120 days to fix ADA violations after a complaint is filed, with the hope that businesses correct the problems without being forced to pay out costly settlements.

Denver7 Investigates reached out to several of Abreu’s attorneys to request an interview with him. Colorado attorney Brett Huff declined to make his client available for an interview, instead responding with a written statement, reading in part:

“As you have learned and contacted me for comment, this law firm has asserted a number of federal lawsuits against restaurants and taverns, which have discriminated against disabled Americans and violated federal law.  The Americans with Disabilities Act has been in force for over twenty-five years, yet the number of restaurants and taverns that have been in violation of the ADA and continue to violate the law is astounding.  We have filed these lawsuits in our efforts to make a change, enforce the law, and help disabled Americans to try and live as normal lives as they can.

It might surprise you to know that there are over 43 million Americans who live with disabilities caused by one or more conditions.  Many of the disabled are returning veterans from Iraq, Afghanistan and other parts of the world, who lost their limbs or suffered other disabling injuries, while serving our country.  Since they are disabled and unable to live completely normal lives, their next, collective greatest hope is to live lives that are as close to normal as possible; to be able to have as many of the experiences in everyday life that those of us without disabilities too often take for granted.  The disabled Americans simply wish to enjoy the freedom to live as normally as they can; they wish to go to restaurants, movies and other places, just like able bodied Americans do, and not be shut away in group homes, sad and unnecessarily excluded from the societal interaction we all crave as human beings.

From this very reasonable desire by so many Americans, the United States Congress recognized that a majority of existing public accommodations, such as restaurants and taverns, have, in fact, actively discriminated against Americans with disabilities by unnecessarily barring equal access to products and services.  In order to address this unnecessary and pervasive injustice, on July 26, 1990, the United States’ Congress enacted the Americans With Disabilities Act (“ADA”), 42 U.S.C. §12101 et. seq., and public accommodations, were permitted ample time to fully and completely implement its requirements, so that persons with disabilities would no longer be relegated to being second class citizens in violation of the Constitution, and so that instead, those with disabilities could enjoy freedom of movement, and access to all of the products and services offered to the able bodied. ....

Under the American’s with Disability’s [sic] Act, the exclusion and segregation of people with disabilities is discrimination. Prior to the courageous enactment of the ADA, it had been assumed that the problems faced by people with disabilities, such as unemployment and lack of education, were inevitable consequences of the physical or mental limitations imposed by the disability itself. Enactment of the American’s with Disability’s [sic] Act evidenced Congress’ unified recognition that the inferior social and economic status of people with disabilities was not a consequence of the disability itself, but instead was a result of societal barriers and prejudices. As with racial minorities and women, the United States’ Congress passage of the ADA recognizes that legislation is necessary to eradicate discriminatory policies and practices unfairly suffered by Americans with disabilities.”

Of the 65 lawsuits Abreu has filed against Colorado businesses, court records show at least 15 were settled.

29 cases are still ongoing with the most recent being filed on Aug. 12.