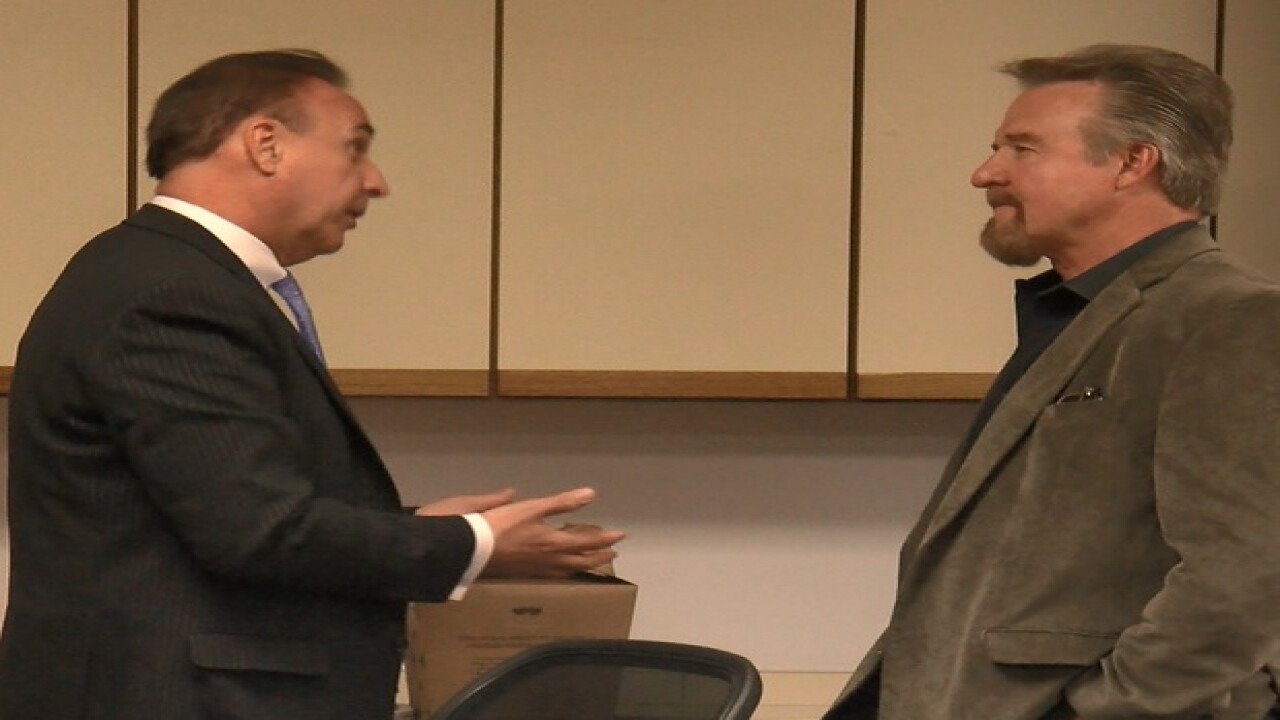 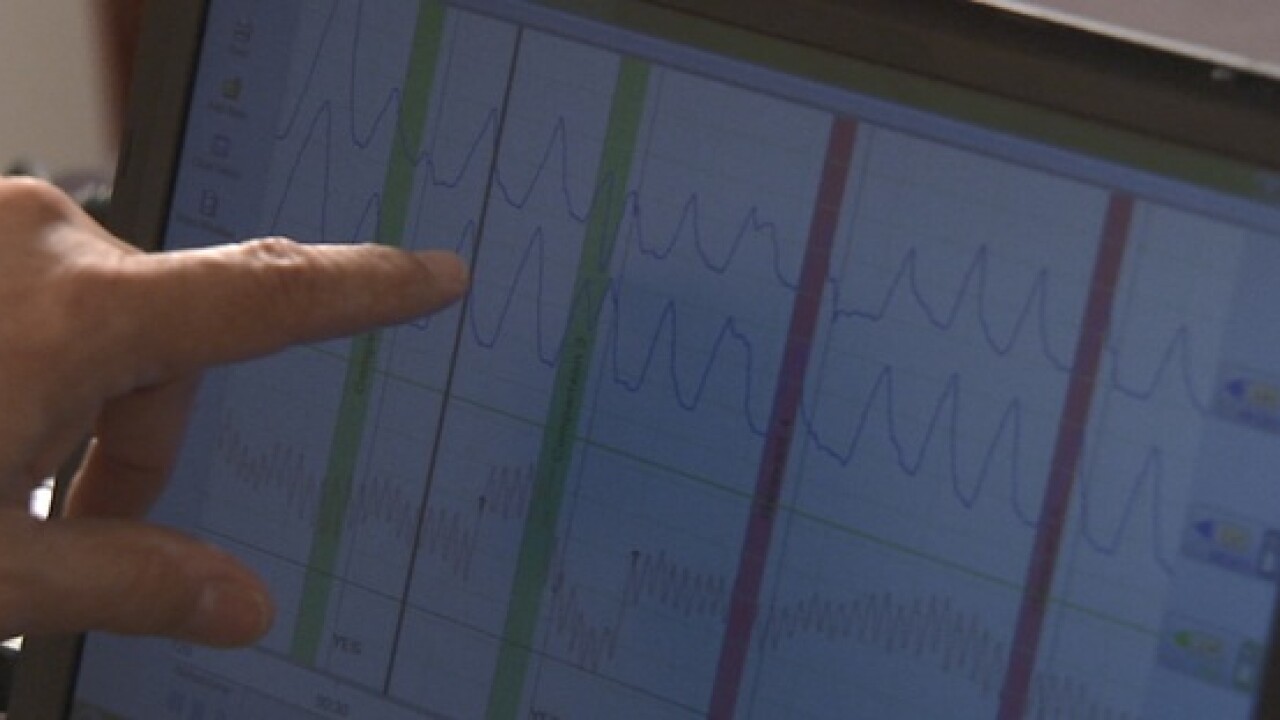 DENVER — It's a question that scares many people to consider: what's going on in the mind of a sex offender? Hoping to get a glimpse inside those minds, the state of Colorado mandates polygraph examinations, sometimes known as lie detector tests, for sex offenders as part of their treatment.

During polygraphs, offenders are asked about their criminal pasts and asked to name who they’ve abused. They’re asked what they do when they’re alone. For offenders on parole or probation, they’re asked whether they have broken any rules.

A polygraph examiner attempts to determine whether the offender is telling the truth or not. Offenders who are thought to be lying face consequences.

Colorado’s sex offender management board has deemed this process to be essential to the supervision and treatment of people convicted of sexual crimes. But critics say the state is performing too many tests, costing the public too much money, with little demonstrable impact on public safety.

Critics also question whether there is a conflict of interest at the heart of the state’s sex offender policy. The man whose business makes the most public money from polygraphs sits on the board that dictates how examiners are overseen and how often offenders should be tested.

“That's the fox guarding the hen house,” said Alison Ruttenberg, an attorney who has sued on behalf of sex offenders challenging the polygraph system.

Records obtained from the state of Colorado show millions of public dollars have been used to pay for polygraphs for sex offenders in recent years.

Denver7 Investigates requested data on polygraph spending from the entities all over the state who hire polygraph examiners to test sex offenders: the Department of Corrections (where offenders are tested both in prison and out on parole), probation offices across the state, and the Division of Youth Corrections. The state dollars expended come from court fees paid by offenders.

Those numbers indicated that from 2010 through the projected end of the 2017 fiscal year in July, more than $6 million in public funds will have been paid to polygraph examiners.

Of that spending, at least $1.9 million has been paid or will be paid to Amich & Jenks, owned by Jeff Jenks, who represents polygraph examiners on the state’s Sex Offender Management Board (SOMB). (Calculating Jenks’ true slice of the pie is difficult because the Department of Corrections was unable to provide complete totals broken down by provider for years prior to 2015.)

Denver7’s analysis of state data found that in fiscal years 2015 and 2016, Amich & Jenks collected about 35% of all public dollars spent on polygraphs in Colorado. The next closest company collected about 11% of the state’s business.

Conflict of interest? Critics say yes, the state says no

Colorado statute requires a clinical polygraph examiner to have a seat on the Sex Offender Management Board. Jeff Jenks has filled that seat since nominating himself for the role in 2008 and being appointed by the Department of Public Safety. During that time Jenks has has voted on polygraph-related issues. He also chairs the board’s polygraph committee. The SOMB’s standards dictate how sex offenders are supervised and managed in Colorado.

Critics say Jenks should not be able to shape policy that can benefit him financially.

“To me it's a clear conflict of interest,” said Ruttenberg, whose clients have unsuccessfully sued Jenks both personally and as a member of the SOMB. “He's got a gravy train going with making hundreds of thousands of dollars a year on the back of these desperate and indigent offenders and their families, and he is uniquely in a position to make sure that nobody stops that train.”

Retired judge Dennis Maes, who has appealed to the state’s judiciary to stop ordering polygraph examinations altogether because they are not admissible in court, sent a complaint to the SOMB about Jenks’ role on the board.

“I have objected to Mr. Jenks chairing the committee because the appearance of impropriety,” Maes said.

Jenks declined to sit down for an on-camera interview with Denver7 Investigates but defended his role on the SOMB, saying the board requires so many hours of his time that it actually hurts his business in the long run.

“I hope you consider how important polygraph is to the process of supervising sex offenders,” Jenks wrote Denver7 in an email. “We spend a lot of time both in and out of the lab working with these guys in order to get them through this process and successfully completing their supervision and getting them on the other side of things to lead a safe and productive life.”

Joe Thome, the director of Colorado’s Division of Criminal Justice, said he doesn’t have any concerns about conflict of interest. He points out that the board is designed to include treatment providers, public defenders, law enforcement and other people who hold a stake in the policy the board sets.

“Mr. Jenks is part of a larger decision-making group. He’s one out of 25,” Thome said. “That’s a very traditional and well-respected policy-making strategy across the country, to have your stakeholders on the board so that the others are informed of the implications from all angles.”

Thome said all board members are required to make ethics disclosures if they have any potential conflict of interest and they are banned from soliciting business as part of their participation with the board.

“If there was a conflict of me being on the board I would stop doing the board work tomorrow, because my work comes first. It always has, it always will,” Jenks told Denver7 after a recent meeting. “Do I get extra business because I'm on the board? No, in fact, it probably costs me business sometimes. I had just as many clients before I ever got on the board as I do now. We do a good job, we're good examiners. That's why people use us.”

“Overuse” of the tool?

Some offenders are required to take multiple tests in a year, even if they pass every time. Those who fail on a question or whose results are inconclusive typically must take their tests again until they pass, at a cost of $250 every time. Critics say offenders often face sanctions for failing tests because it can be considered a setback in the offender’s treatment.

“[Polygraphs] should be used very sparingly when you have actual evidence that a crime was committed in the community, not as a fishing expedition to see what can be turned up,” Ruttenberg argues.

Denver7 Investigates analyzed a year’s worth of invoices sent to the state by Amich & Jenks in fiscal year 2016 and found the company often bills the state for multiple tests for the same offender over the course of a year.

The records indicated at least 12 offenders were tested six or more times in a year by Amich & Jenks. Two prison inmates were tested eight times. (Both men are still in prison.) The state paid for all of it.

When asked via email whether eight tests in one year was excessive, Jenks responded, “It would be excessive to conduct the same type of exam that many times in a year, especially if they are doing well, but in the prison programs they attempt to get these guys through their sex histories and issue-specific exams in a timely manner. If there are difficulties then that is when the numbers may increase.”

Jenks bristles at allegations that examiners have a financial incentive to produce failing results.

“I've heard the argument that if they fail, that just means we get to test them again for another $250. Please note, that if every single person passed every single polygraph they would still have enough offenders in these treatment programs to continue to fill the schedule … Our best days as polygraph examiners are when everyone we test passes that day,” he wrote.

Ruttenberg said she has had an independent expert analyze videos of multiple tests of her clients performed by Amich & Jenks and the expert has consistently identified problems with the tests.

Specifically Ruttenberg argues that that tests do not last long enough. She said the national standard for polygraph examiners is 90 minutes and she believes cutting them shorter increases the chances an offender may fail.

“Before you can start the test, everyone has to be on the same page as far as what terms mean. [For example] what does ‘sexual contact’ mean?” Ruttenberg said. “The only way to do that is to have a very thorough, comprehensive, non-intimidating pre-polygraph interview.”

“Some don't take that long,” he said. “The standard is that they're scheduled for 90 minutes. Not that they last 90 minutes.”

The SOMB’s standard requires examiners only perform five tests in one day, which Jenks said his company follows.

The polygraph committee, chaired by Jeff Jenks, is in the process of recommending revisions to standards for polygraph examiners to the full board.

At a recent meeting, the committee discussed whether to recommend changes to how follow-up tests are handled when offenders repeatedly fail tests.

“I think changing examiners is a very good idea in a lot of cases,” Jenks told the group.

Ruttenberg said the state could remove a lot of the questions about the profits involved with sex offender treatment by taking on a more direct role in offender management.

Jenks said at a recent public meeting in response to criticism about individual polygraph tactics that examiners are already subject to oversight.