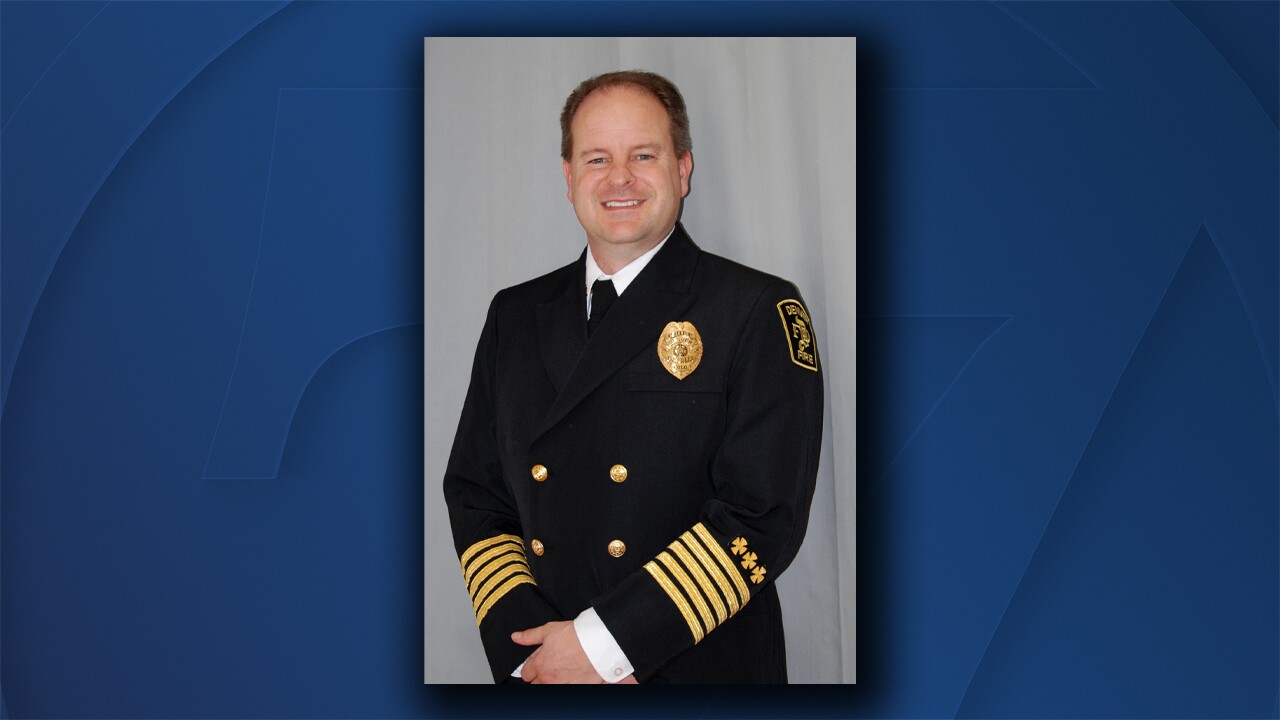 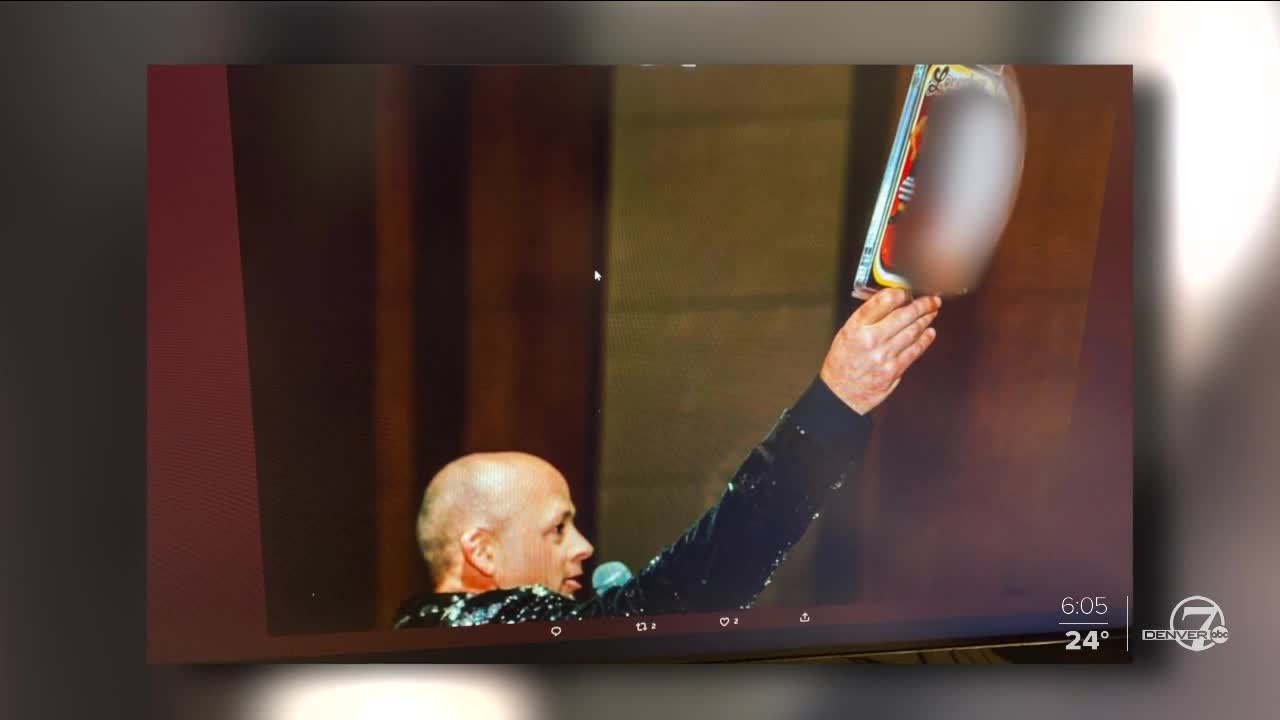 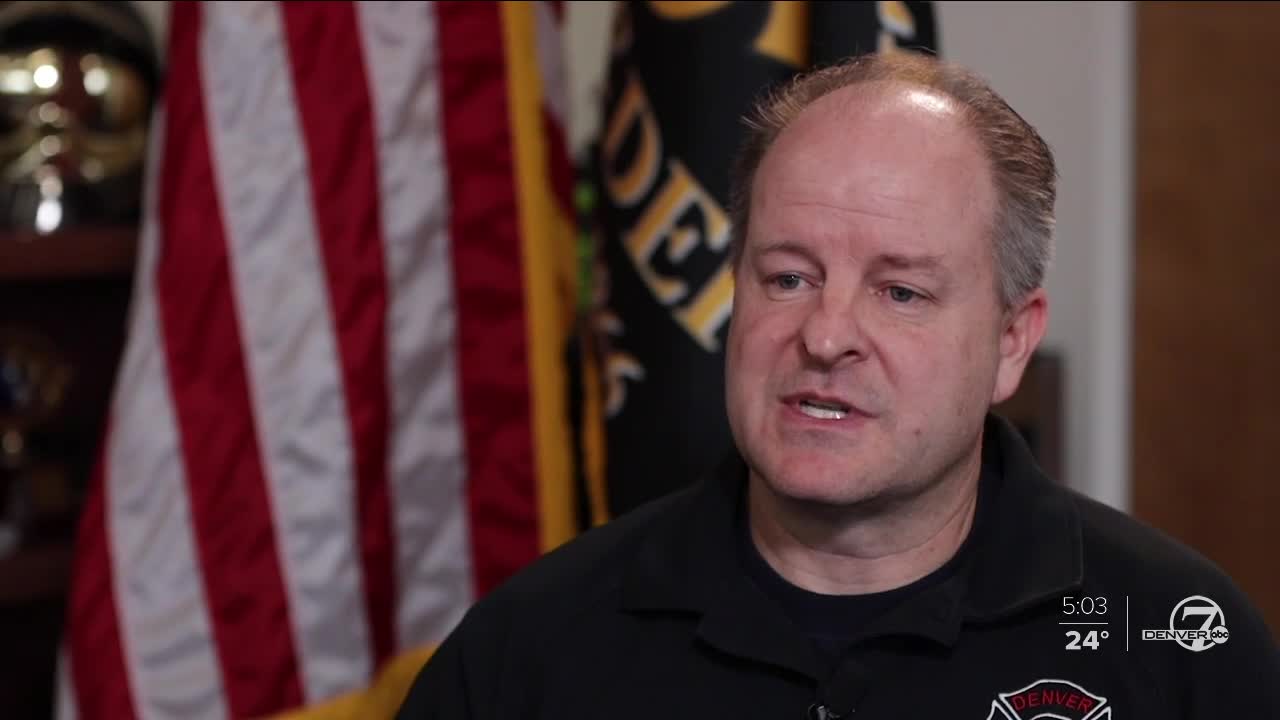 DENVER — Contact7 Investigates was the first to obtain a letter to the Denver mayor from Denver Fire Department Chief Eric C. Tade, in which the fire chief says he is stepping down from his position after an incident at a recent event for retiring firefighters. He will remain with the department as an assistant chief.

The nature of the comments remains unclear.

Tade told Denver7 that he made his disappointment known to the event organizers but chose to stay because the event was honoring retiring firefighters.

A similar incident happened in 2019.

"The last ball that I attended, I can tell you that the opening entertainment — I didn't approve of it," Tade said in an interview Tuesday afternoon. "And so when it was my turn to get up and speak I addressed the crowd. I knew I had to make a decision — either leave or address the issue. And I always believe in confronting things head-on, and so I made it very clear to the crowd that I didn't approve of the opening content and that the real reason we were there was to celebrate the retirees and award recipients."

He said in the interview Tuesday that, "clearly, I didn't condone it," when asked about if he approved of what happened at the ball. He said he believes he will never be able to answer the question of why it happened and that he cringed when he heard about the latest ball.

"Absolutely, and I think a lot of the recipients did too, you know, because they knew that's not who we are," Tade said.

"While I certainly would have preferred for the ball not to happen the way it did. It's more than just the ball," he added.

He said he told his DFD leadership team about his plans before submitting his resignation and said he believed they understood, adding: "I think there are some levels of disappointment."

In a letter Tade sent to Denver Mayor Michael B. Hancock on Monday, he said, "Strategies were implemented, and assurances were made to prevent these actions from being repeated. Unfortunately, this year’s event did not prove to live up to those expectations or mine. New strategies and a fresh perspective are beneficial to foster continued improvement. In that, I have offered to step down as Chief of the Department to the Mayor for consideration."

Tade served as fire chief of the Denver Fire Department for nine years. He will leave the position of chief on March 16.

According to a press release from the city, Tade offered his resignation in a meeting with Hancock on Monday afternoon.

“Chief Tade is dedicated to this department, and his decision that new leadership was needed reflects his devotion to the men and women who serve our residents in the Denver Fire Department,” Hancock said in the release. “When the chief told me it was time for a new set of eyes, as difficult of a decision as that was, I knew he meant it, and I let him know that I appreciated his courage and wisdom in recognizing that it was time for a change.”

Tade told Denver7 that he was frustrated with not making more progress on the cultural issues that have led to lawsuits against the city and not meeting the mayor’s equity goals. Tade added that he did not condone the behavior from the event in any way.

Denver Fire Fighters Local 858, the union representing DFD firefighters, said in a statement it takes responsibility for Tade’s decision to step down:

“Denver Fire Fighters host an Annual Gala to foster the unity of our membership and highlight the work we do in our community every day. Last year we had an unfortunate event from a small group of attendees that detracted from the true cause of the Gala. We made a concerted effort in planning the 2020 Gala to correct the issues from last year.

“Unfortunately, our efforts were not enough. The behavior displayed by some at this year’s Gala was not acceptable. Local 858 takes full responsibility and apologizes for these actions. In response, on Monday, February 24th Local 858 Leadership removed the PR Director and Gala emcee from his position. It is imperative that every member and guest feels comfortable and welcome at all Union-sponsored activities. It is also important to note that at no time has this affected the work Denver Fire Fighters do every day to serve the citizens of Denver. We will strive to improve as an organization and meet the expectations of our community.”

The union said that whoever fills Tade’s position “will have huge shoes to fill” and that it would work with the mayor and his staff on the next steps.