How accurate were the senate candidates Tuesday? 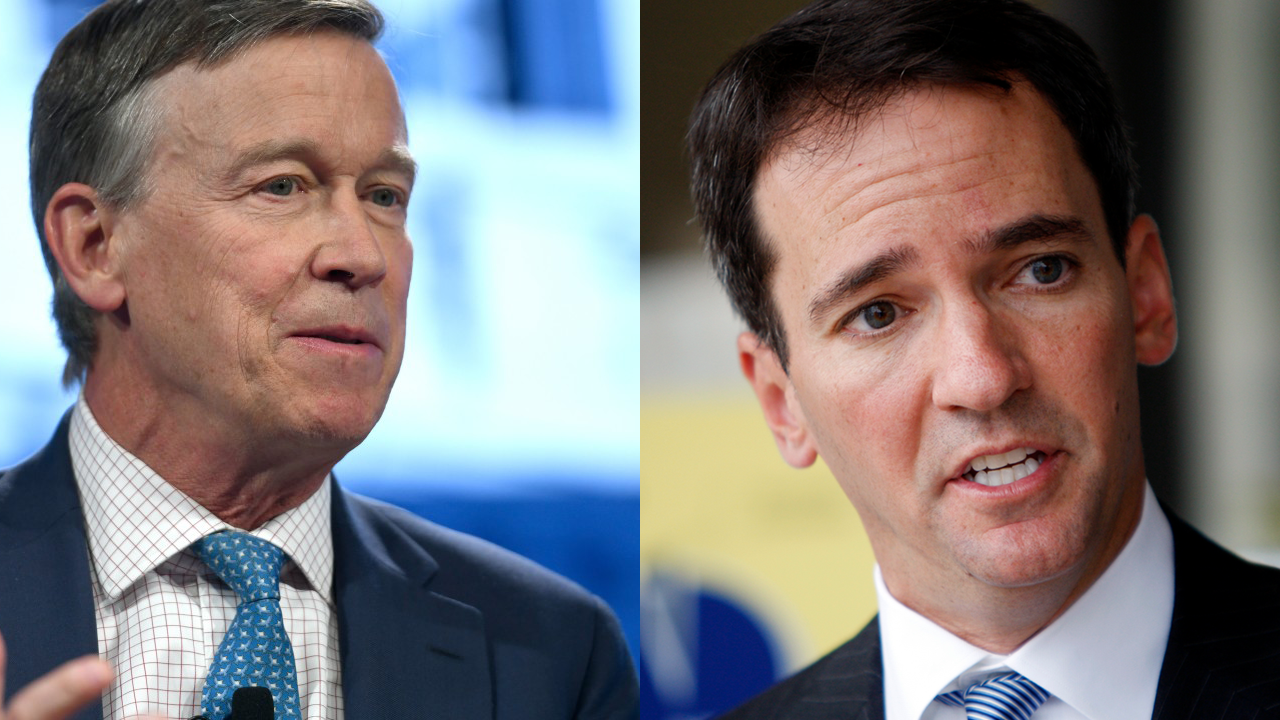 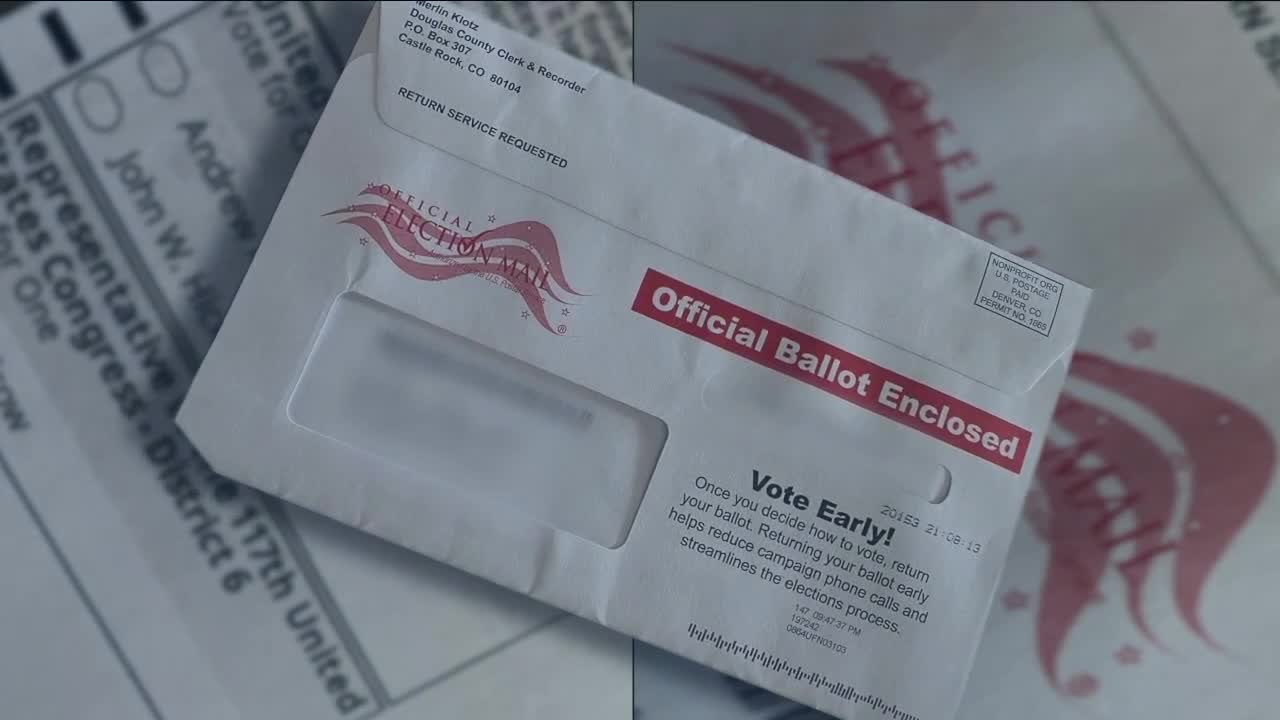 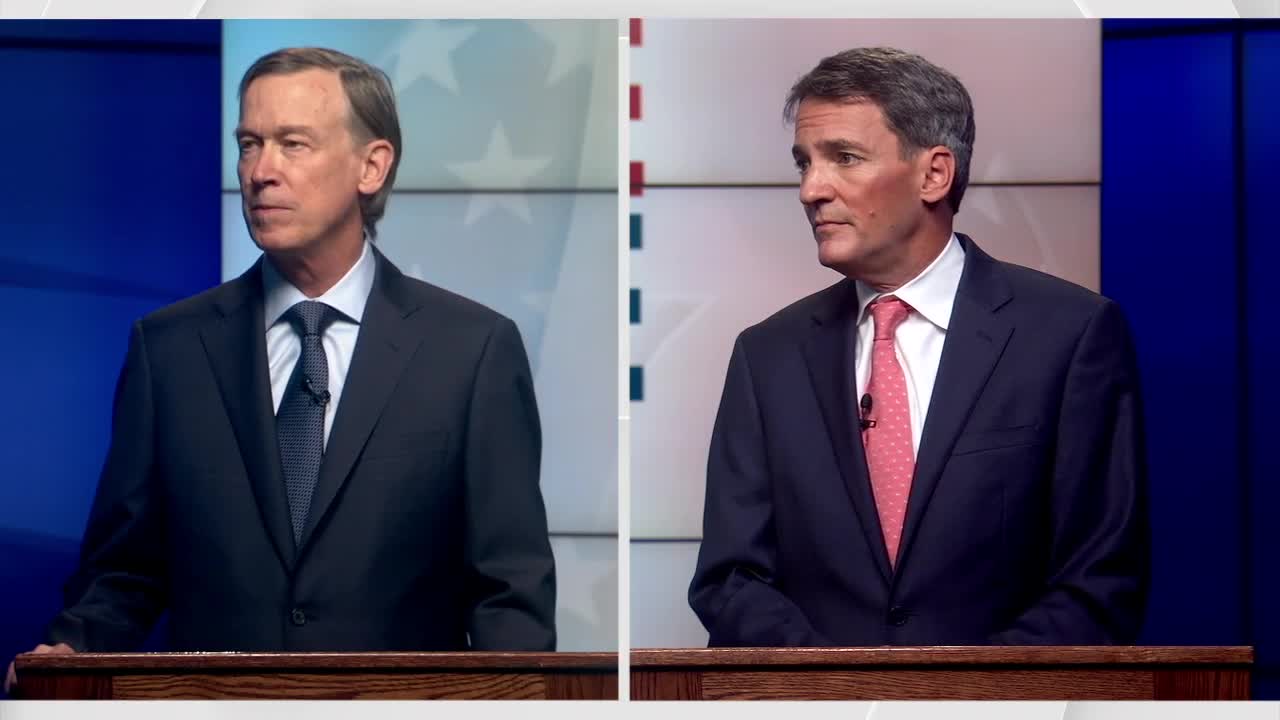 DENVER — Democratic U.S. Senate candidates John Hickenlooper and Andrew Romanoff squared off for their third and final debate before the June 30 primary on Tuesday.

The event, hosted by Denver7, Colorado Public Radio and The Denver Post, was the first debate where the candidates were in the same room. And while the two agreed on multiple issues, they hit their familiar talking points and sparred on areas where they differ.

Contact7 Investigates broke down a few of the statements made by the candidates to fact-check the accuracy and provide context to some of what Romanoff and Hickenlooper told viewers Tuesday night.

Claim: Hickenlooper has repeatedly said that Colorado went from the 40th in job growth to the No. 1 economy in the country during his tenure as the state’s governor.

Hickenlooper made this statement in all three debates against Romanoff and repeatedly used it during his presidential campaign last year.

The Facts: The U.S. News and World Report ranked Colorado as having the No. 1 economy in the nation and rated the state 10th overall when factoring in health care, education, infrastructure and more. The state held the No. 1 rank in economy from 2017-19, which includes the final two years Hickenlooper spent in office.

A 2018 article by the same publication notes that the state ranked 40th in job growth in 2011 when Hickenlooper took office and gave the governor credit for being “pro business.”

“Hickenlooper focused on making his state a pro-business destination for ambitious entrepreneurs by implementing the Colorado Blueprint that made it easier for Coloradans to create and grow their own businesses.”

The variations in rankings show that economic numbers can be interpreted in different ways, depending on who is analyzing. While all seem to agree that Hickenlooper presided over a robust state economy, particularly at the end of his second term when the national economy was also booming, they reach different conclusions. The Washington Post analyzed a similar claim from Hicknenlooper after a presidential debate last year and gave him “two Pinocchios.” While the paper stated he didn’t cite the source in that debate, Hickenlooper did mention the U.S. News and World Report in Tuesday’s debate.

Claim: Romanoff says that he was hailed as one of the top legislators in the nation when in office.

Both candidates have statements and factoids they have harkened back to in each debate. For Romanoff, it’s the recognition he received when serving as a representative and speaker of the house in the Colorado House of Representatives between 2000 and 2008. In each debate, he’s mentioned that he was recognized as one of the top legislators in the country.

The Facts: Romanoff received the “Excellence in State Legislative Leadership” award in 2006 from the National Conference of State Legislatures, sharing the honor with Tennessee House Speaker Jimmy Naifeh. He was also the 2008 Public Official of the Year, as named by Governing, political publication.

The NCSL is a non-partisan organization that supports state legislatures and aids in dealing with the federal government. Governing is a California-based publication that looks into state and local governments and their dealings with technology. It ended it’s print publication run in 2019.

Claim: Hickenlooper said his campaign has taken no corporate money from a political action committee. Romanoff claims he has received no special interest money.

Multiple times on Tuesday, Romanoff said that Hickenlooper had accepted large sums of money from people in the fossil fuel industry. Hickenlooper retorted by saying that he has taken no corporate PAC money of any kind, but noted that Romanoff took PAC money in 2014 while he was running for Congress in a race he lost against incumbent Mike Coffman.

The Facts: It is accurate that Hickenlooper’s campaign has not accepted any corporate or business PAC money. But he has taken $291,894 from PACs, 3.3% of his total contributions, according to the website opensecrets.org. Romanoff does not appear on any list of candidates receiving PAC money on the site.

Hickenlooper’s campaign noted that some organizations that support the former governor, including groups and unions that have endorsed Hickenlooper. Romanoff does not appear to have received any PAC money.

PACs are committees that raise money to elect or defeat a political candidate or piece of legislation. They normally represent business, labor or ideological interests. Committees such as these are often controversial, mainly due to Super PACs, which can raise money without a legal limit on donation size. Traditional PACs do have limits on how much can be raised for a particular candidate.

Claim: Romanoff says there are twice as many jobs in renewable energy and energy efficiency as in oil and gas.

Both Romanoff and Hickenlooper stated their support for clean energy, but Romanoff attacked Hickenlooper for the support he’s received from the oil and gas industry. In discussing the issue, Romanoff stated that there were twice as many jobs in renewable energy as there are in oil and gas.

The Facts: In 2018, there were 2.4 million jobs in clean energy and energy efficiency, roughly double the number of jobs in fossil fuels, according to the Citizens Climate Lobby.

Romanoff appears to have gotten this factoid from the Citizens Climate Lobby, a grassroots, nonprofit environmental group. Other environmental groups support this claim with some even saying that green jobs outnumber fossil fuel jobs 10 to one. Green jobs are jobs in businesses that produce goods and provide services that benefit the environment or conserve natural resources, or where workers’ duties involve making production more environmentally friendly, according to the U.S. Bureau of Labor Statistics.