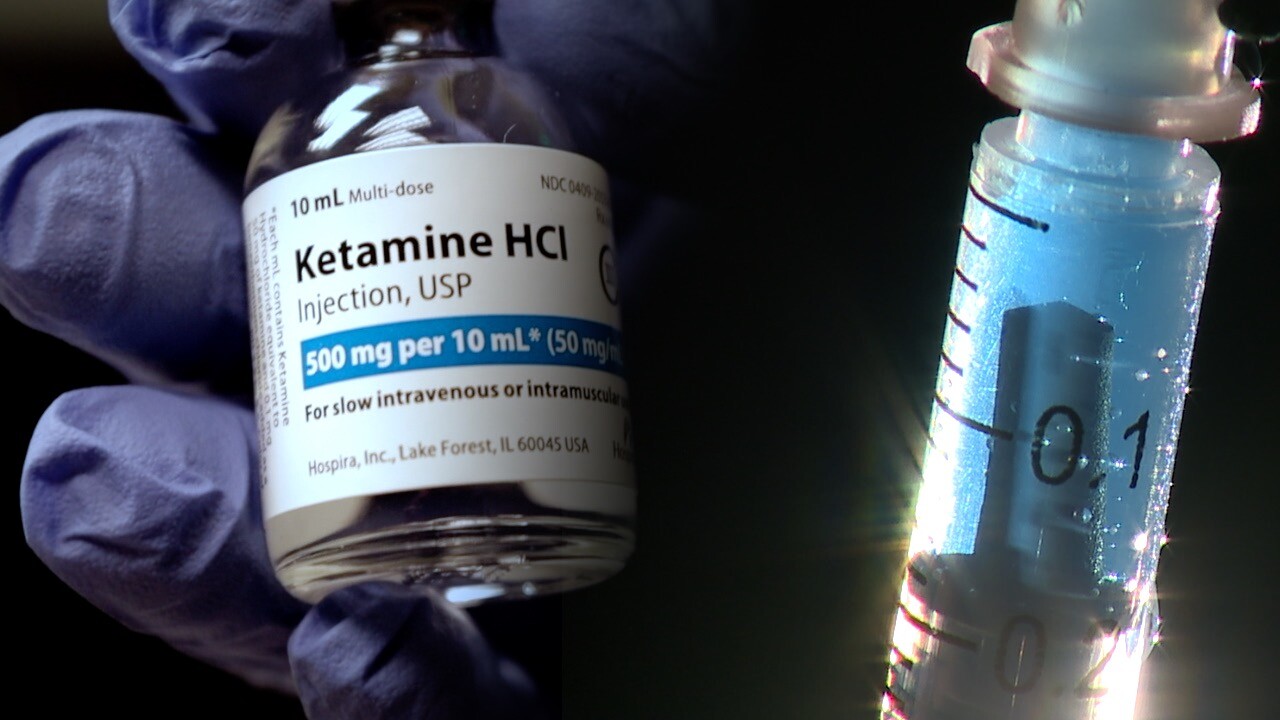 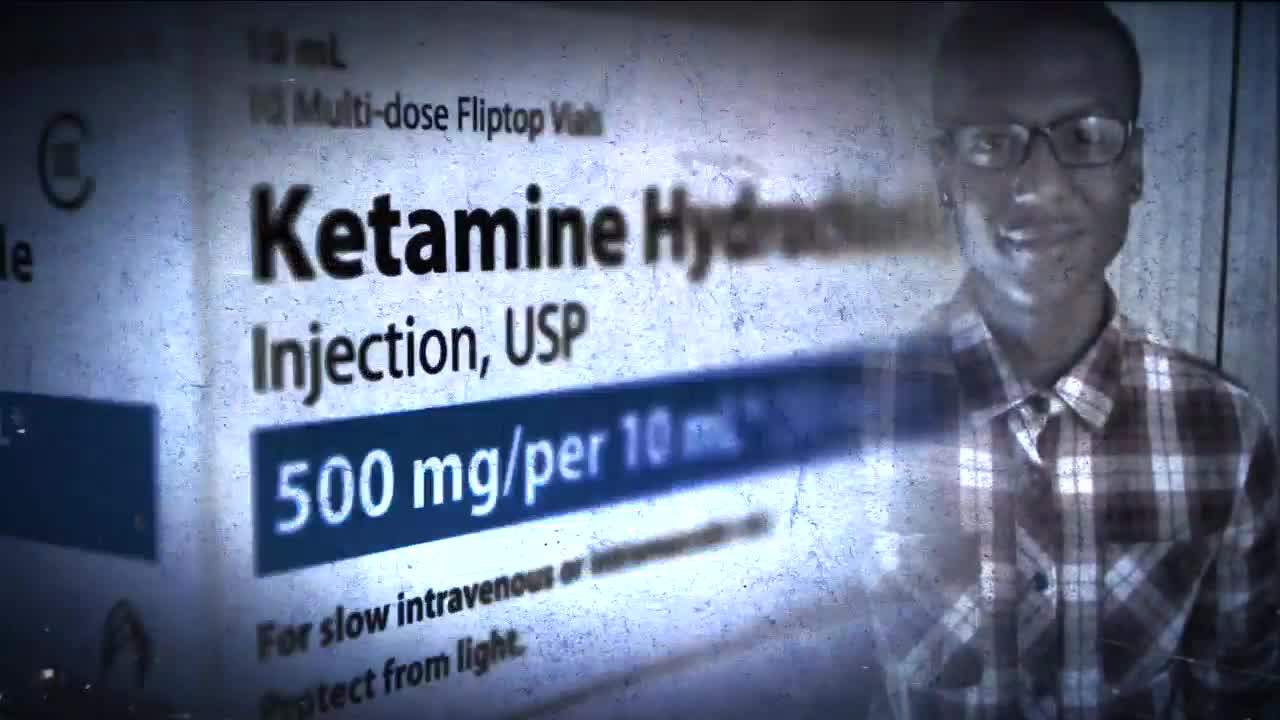 DENVER -- The death of Elijah McClain brought the power sedative ketamine into the national spotlight after Aurora paramedics injected the young black man with a heavy dose of the drug.

The incident led Aurora city leaders to recently ban paramedics from using ketamine on patients until an investigation into McClain’s death is complete.

The Colorado Department of Public Health (CDPHE), which is responsible for granting waivers that allow the use of ketamine outside of a hospital setting, also launched an investigation into its safety in August.

Ketamine Infusion Clinics use the drug to treat mental illness

As those investigations continue, Denver7 Investigates has learned infusion clinics across the state are also administering the drug to treat patients for very different reasons. They are using ketamine to help people overcome post-traumatic stress disorder, obsessive compulsive disorder, depression and suicidal thoughts, among other mental illnesses.

“We are often able to get suicidal thoughts down to zero. Think of the impact that has on a patient’s life,” said Steve Gittelman, a nurse anesthesiologist and co-owner of Rocky Mountain Mind and Body, a ketamine infusion clinic in Englewood.

Gittelman said he has seen the drug change people’s lives.

“Researchers found that ketamine grows new neurons, new brain cells and it can replace nerves that have been damaged by years and decades of depression and PTSD,” Gittelman said.

At the same time, he acknowledges ketamine remains under scrutiny when it comes to how first responders statewide are using it to treat patients they feel are out of control.

“I do feel like ketamine is getting a bad reputation, which is unfortunate,” Gittelman said.

Aurora Mayor Pro Tem supported the recent resolution from Aurora Councilman Curtis Gardner that put a moratorium on the use of ketamine by paramedics within the city.

“I really think we need to do a deeper dive on if that’s the appropriate way to administer ketamine,” Johnston said.

How other paramedics across the state are using ketamine

Records obtained by Denver7 Investigates detail how often first responders outside of Aurora and across the state are using ketamine to treat patients they feel are out of control, which was the case with McClain.

Paramedics use ketamine to sedate patients who are experiencing a controversial condition known as excited delirium.

Dr. Christopher Colwell, the chief of emergency medicine at San Francisco General Hospital, worked at Denver Health Medical Center when the state first started using the drug for treating these kinds of patients. He argues excited delirium is a medical condition.

“You could see eight or 10 people trying to control somebody and they still can’t do it, it’s that type of agitation,” Colwell said.

But other medical experts have raised concerns about it.

“We question if it even exists. We don’t see it,” said Dr. Daniel Janik, the director of the Colorado Society of Anesthesiologists.

Denver7 Investigates found through open records requests that Denver Health has administered ketamine 481 times in nearly four years. The agency did not specify how many of those times were specifically for excited delirium.

West Metro Fire Paramedics have given the drug 22 times this year through July 2020 for excited delirium. Records show Thornton Fire has administered ketamine 11 times since 2019. Arvada Fire has used the drug three times in four years for the same condition. Clear Creek County EMS has only administered it once in three years. And lastly, Aspen Ambulance medics have used it twice for excited delirium.

Records show Aurora Fire Rescue medics have injected ketamine 25 times in three years and in 60% of those cases, paramedics are giving, 500 milligrams, the maximum dose of ketamine. First responders also injected McClain with 500 milligrams of ketamine.

Aspen EMS gave nowhere near that high of a dose. According to the agency, paramedics have injected a maximum dose of 300 milligrams of ketamine when dealing with patients experiencing excited delirium.

West Metro Fire and Arvada Fire did not provide information on the dosage of ketamine administered and refused to release those records. Other agencies were willing to provide those records with redacted patient information. Denver Health only reported the number of times ketamine was administered.

At his clinic, Gittelman gives the drug to patients through an IV, while medics in the field are injecting it directly into a muscle, which requires a higher dose.

“The dosing is critical in the success of ketamine infusion therapy,” he said.

But even still, Gittelman said he is rarely, if ever, gives patients the 500 milligrams of ketamine medics gave to McClain last summer.

“Five-hundred milligrams may be within the dose range that was first recommended. However, this is one of those doses that are just unacceptably high. And heart rate can increase to unacceptable levels,” he said.

McClain would go into cardiac arrest before dying in the hospital a few days later.

The Adams County coroner found McClain’s cause of death was undetermined but couldn’t rule out a reaction to the drug.

“Like any other drug, if it’s not used appropriately it can be dangerous,” said Gittelman.