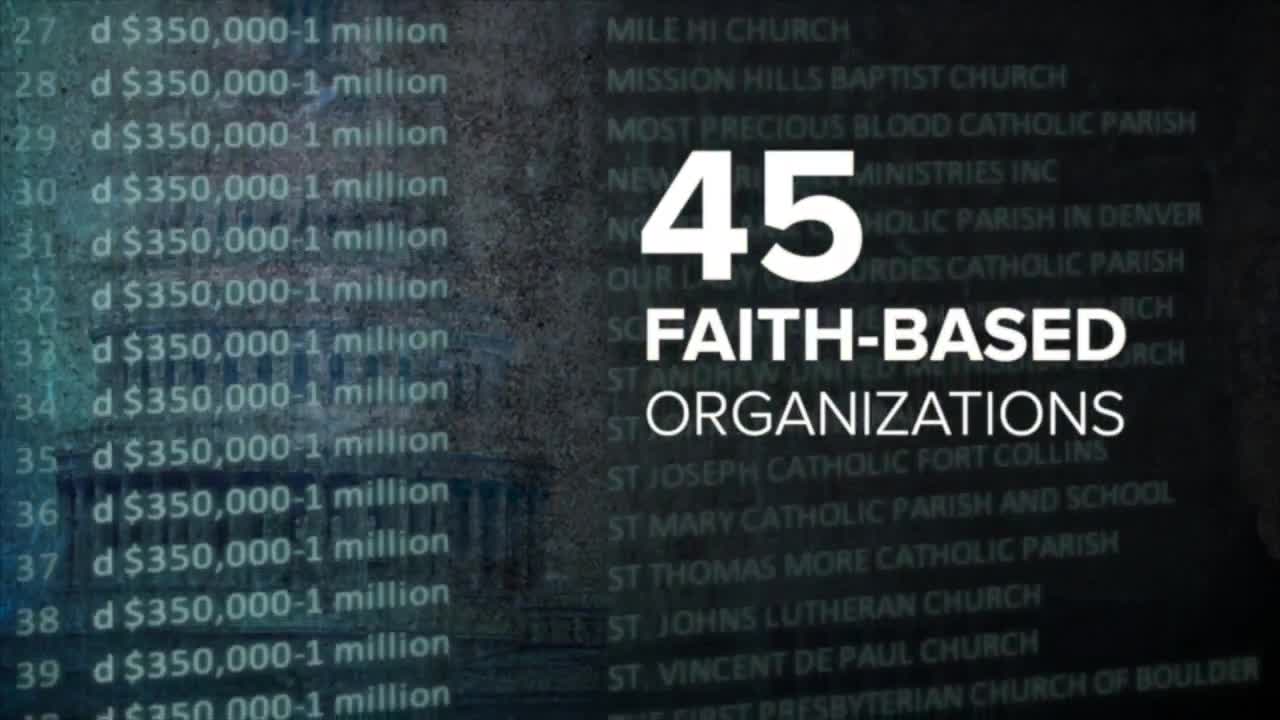 DENVER — As small businesses fought for much-needed loans from the federal Paycheck Protection Program (PPP) through the Small Business Administration (SBA), national retail chains cashing in on these funds sparked outrage and forced some businesses to return the money.

The SBA released special guidance in April that said “faith-based organizations are eligible to receive SBA loans regardless of whether they provide secular social services.” But Rep. Jonathan Singer, D-Longmont, questioned if churches should have been allowed to do so.

Government data released by the Trump Administration shows the largest faith-based organizations to receive loans was Cherry Hills Community Church in Littleton and the Archdiocese of Denver.

Cherry Hills Community Church received a $2 million to $5 million infusion of federal money. The Archdiocese of Denver confirmed it got two loans, one for $1.9 million and the other for $900,000.

Haas said without the federal money, the church would have struggled to keep its more than 4,000 employees who have played a vital role in helping the community during the COVID-19 pandemic.

“Dozens of our parishes have soup kitchens, they have sandwich lines, they have food pantries, and they kept them open during this pandemic,” he said.

When asked to respond to those who question if churches should have been eligible for the federal money Haas said: “This program was about people, it was about keeping people employed. These are people that pay their taxes.”

“What we were providing was so needed during this time so for someone to attack us for getting a little bit of assistance – it just, it seems misguided,” he added.

Other religious organizations receiving money include Jewish Community Centers of Denver, who received a $1 million to $2 million federal loan, and Red Rocks Church in Littleton, which received the same amount.

These organizations, along with Cherry Hills Community Church, did not respond to requests for comment.

Singer said he understand the social justice component to churches but wants to make sure they are using the money to retain employees.

“If we’re saving jobs of people who are out there on the streets trying to help people right now, that’s one thing," Singer said. "If we’re propping up a religion, I think we have some serious constitutional questions about where the separation of church and state really should sit."