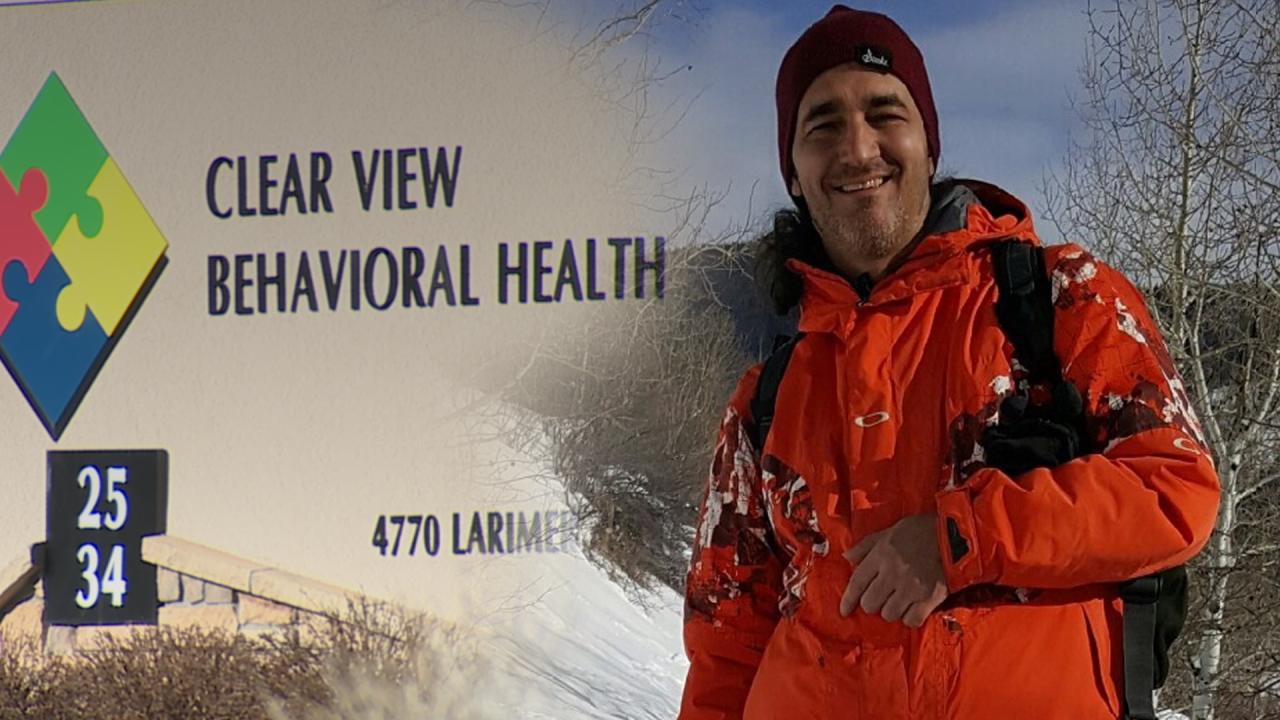 Copyright 2019 Scripps Media, Inc. All rights reserved. This material may not be published, broadcast, rewritten, or redistributed.
Courtesy family
Just four days before his death inside Clear View Behavioral Health, Tibor Hetei can be seen in a cell phone video pledging to take better care of himself. That would soon be out of his control. 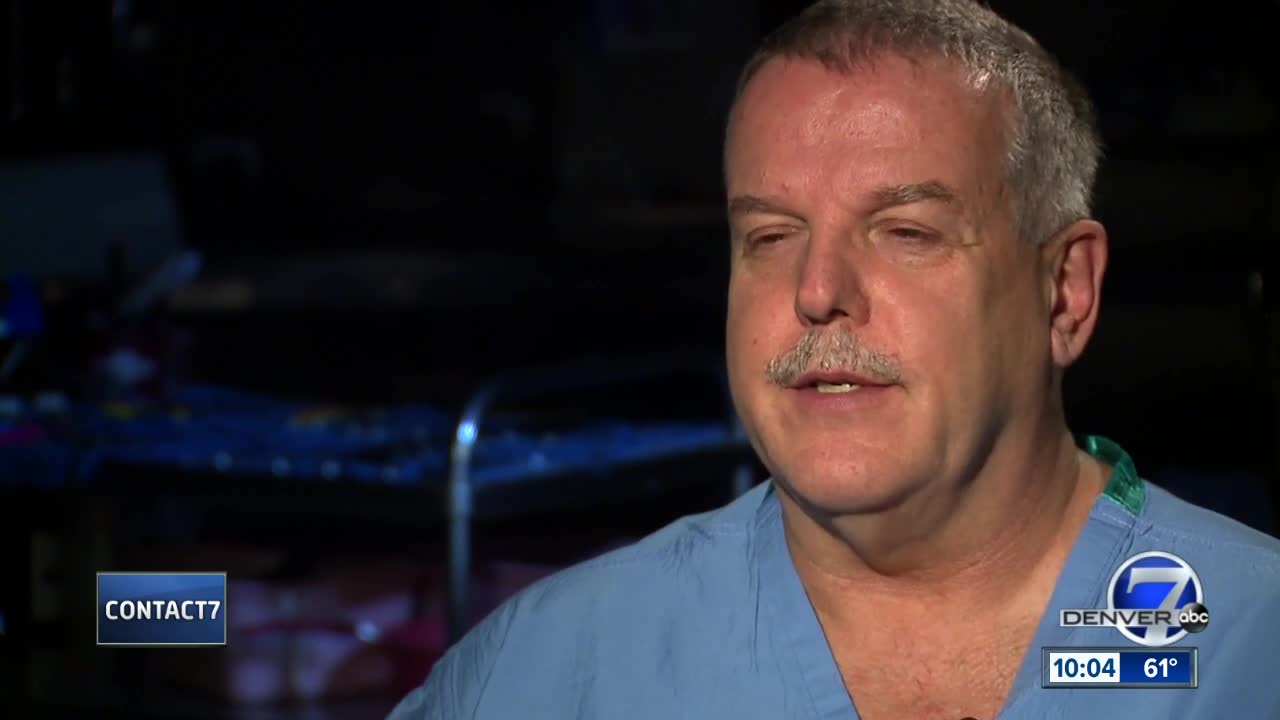 JOHNSTOWN, Colo. — There is a powerful accusation coming out of the Larimer County Coroner’s office. Dr. James Wilkerson believes Clear View Behavioral Health, a state-regulated, nearly 100-bed mental health facility in Johnstown, attempted to cover up the death of a patient there.

For the past four months, Contact7 Investigates has exposed serious problems inside Clear View Behavioral Health. State and federal agencies have responded by launching their own investigations.

The death of the patient appears to have been preventable and the episode is deeply disturbing. It happened nearly two years ago. Today, Clear View is under investigation for insurance fraud, short staffing and holding patients against their will.

But it’s the death of Tibor Hetei, a father and friend, that is adding to the mounting trouble for the facility and has led the state to expand its investigation.

Just four days before his death inside Clear View Behavioral Health, Tibor Hetei can be seen in a cell phone video pledging to take better care of himself. That would soon be out of his control.

Hetei, 47, may have thought he had plenty of time to plan his future and to share it with his two kids and his family.

Like several other former Clear View employees, she has asked Contact7 Investigates to disguise her identity due to fears of retaliation or even blacklisting by Clear View’s parent company, Strategic Behavioral Health.

When asked, employees who were there at the time of Hetei’s death said they wonder every day whether there might have been more that could have been done to save him.

“It was wrong,” said a former administrator. “There's nothing you can say. Nothing's going to make that better."

That former administrator was called in minutes after Hetei’s death. She, too, wishes to remain anonymous.

The anger and frustration of the two former insiders centers on a decision by Clear View to give the 47-year-old Hetei a powerful tranquilizer. Records obtained by Contact7 Investigates show it was a cocktail of strong medications, sometimes called a B-52. The former administrator says she knows right where the blame for Hetei’s death falls.

“The person giving the shot,” she said. “The person making the orders. Clear View.”

Public records reviewed by Contact7 Investigates did not disclose the names of the Clear View employees responsible for administering the tranquilizer.
Larimer County Coroner, Dr. James Wilkerson said he does not believe Tibor Hetei deserved to die. He also believes Hetei would likely be alive today had he not been given the powerful tranquilizer.

Dr. Wilkerson says there is reason to question whether Clear View contributed to his death. And that reason he says is, “…because they gave him the drugs."

Denver7 has obtained the coroner’s report on Hetei’s death, confirming what Dr. Wilkerson said. In the supplemental investigation conducted by his chief deputy in October 2017, she details troubling findings after watching Clear View's in-house security video.

Dr. Wilkerson explained why the heavy tranquilizer was unnecessary in Hetei’s case.

“That cocktail is intended as a tranquilizer for somebody who is very agitated and confrontational. Those situations did not exist. He was not agitated, and he wasn't confrontational," he said.

In the report written by the deputy coroner, she writes, "I reviewed the video footage from the file. The video clearly shows the decedent was not combative."

Again, after reviewing that surveillance footage himself, the Larimer County coroner insists it was not appropriate for the staff to give Hetei the drugs.

But the coroner's concerns about decision made inside Clear View don't end there.

“They gave us inaccurate and misleading information in the initial investigation,” Dr. Wilkerson explained.

According to the report written by the coroner's chief deputy, the cover-up centers on Clear View creating documentation claiming nurses conducted required checks on Hetei in the hour after he was given that B-52 tranquilizing cocktail. However, investigators did not name the person who created the fabricated document.

But Dr. Wilkerson says that despite staff members at the mental health facility telling police they monitored Hetei’s condition every 15 minutes, that never happened.

“The video shows that he wasn't monitored for a significant period of time,” Dr Wilkerson said.

The coroner’s supplemental report on the death includes, “It is also clear from the (video) tape that no nurse or other attendant went into the decedent’s room for nearly an hour.”

Dr. Wilkerson added, “That certainly changes the level of trust and lets you know there is a significant problem."

Contact7 Investigates made every attempt to get administrators at Clear View Behavioral Health to sit down for an on-camera interview. They refused. Instead, Clear View’s new CEO, Dan Zarecky, released the following statement concerning Hetei’s death, saying that the coroner's suggestion of a cover-up was "false":

"At Clear View Behavioral Health, we are dedicated to providing high-quality, compassionate care to our patients, and are committed to working closely with all agencies that have oversight of our facility, including the Joint Commission, which accredits our hospital, and the Colorado Department of Health, which is our principle regulator and issues findings about its facility reviews that are available to the public and the news media."

"Our ethical principles, as well as federal law, prevent us from commenting on any matters involving specific individuals.

"However, it has been our practice to report fully and promptly to those agencies on any occurrence at our facility that may raise concerns for them, and any suggestion that we might attempt to cover up details of a reportable event is false and outrageous."

Former employees with whom Contact7 Investigates spoke wonder to this day if Hetei would be alive had he not been given that B-52 drug cocktail.

“It was wrong,” said a former administrator. “There's nothing you can say. Nothing is going to make it better."

On Friday, after this story was first published, the CDPHE confirmed that the death started the investigation into Clear View. Complaints and Occurrences Section Manager Peter Myers said that the federal Centers for Medicare and Medicaid Services had placed the facility on a 90-day termination track to remove their federal certification.

"Clear View reported the 2017 death when it occurred, and the department immediately conducted an off-site investigation. It was the beginning of what has become our long-term involvement with Clear View Behavioral Health. Between the date of the patient's death and the Channel 7 interview earlier this year, the department conducted five (5) on-site surveys," Myers said in a statement. "We now are one of four state agencies investigating the facility. As a result of this survey history, the department placed Clear View on a corrective conditional license in February 2019. The corrective conditional license requires additional oversight by an outside consultant and the department to improve patient care, which is a top priority for the department."

"In addition to the corrective conditional license, Center for Medicare and Medicaid Services (CMS) also placed Clear View on a 90-day termination track to remove federal certification. Both of these actions are currently in place," Myers added.

To get in touch with Tony and the Contact7 Investigates Team: