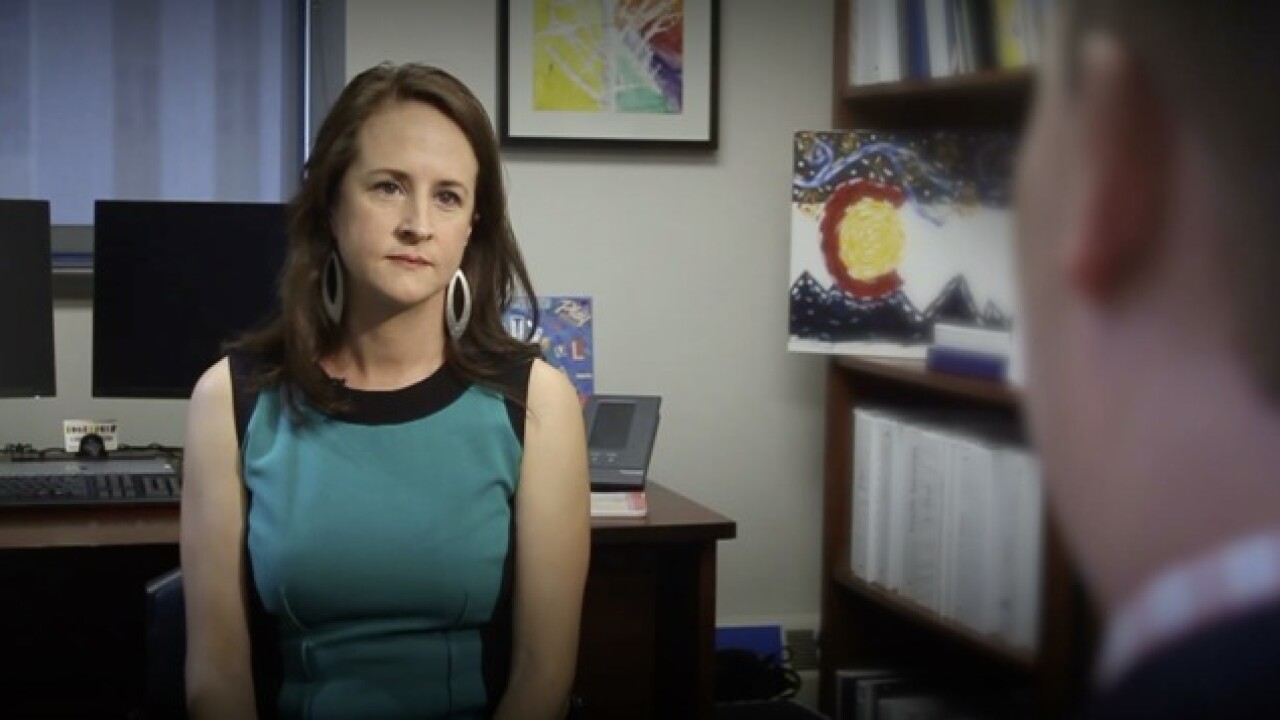 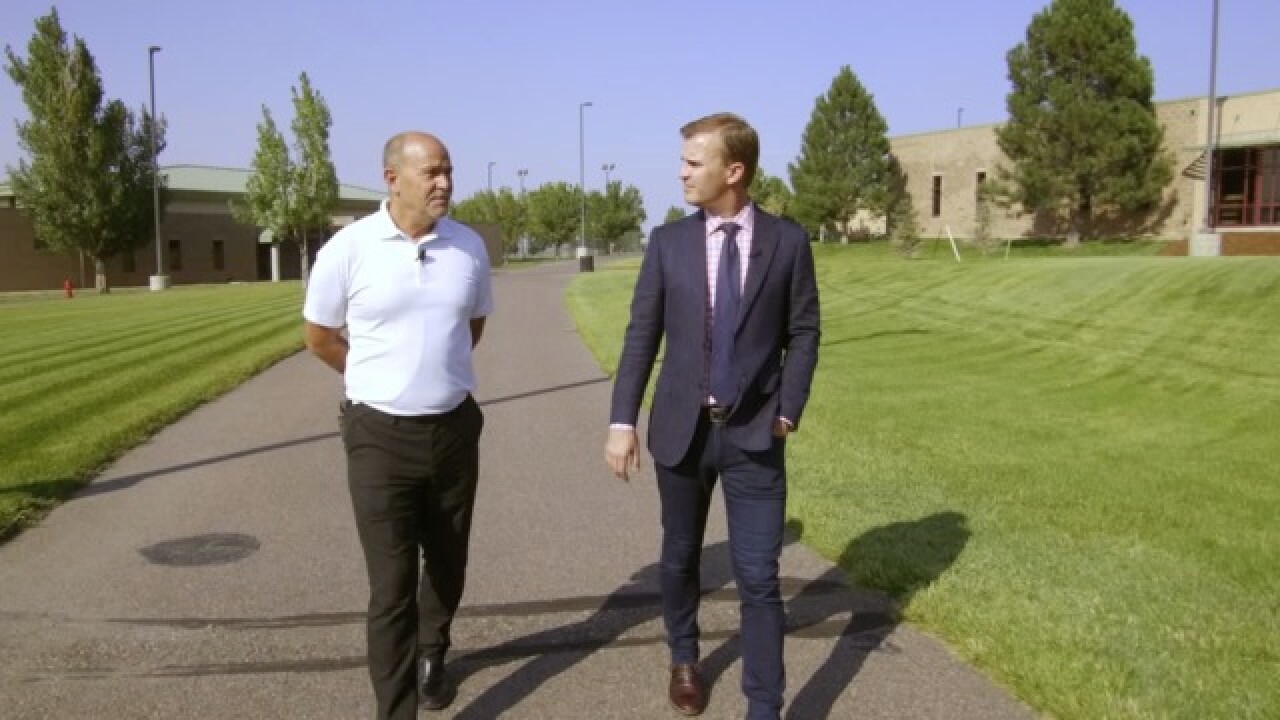 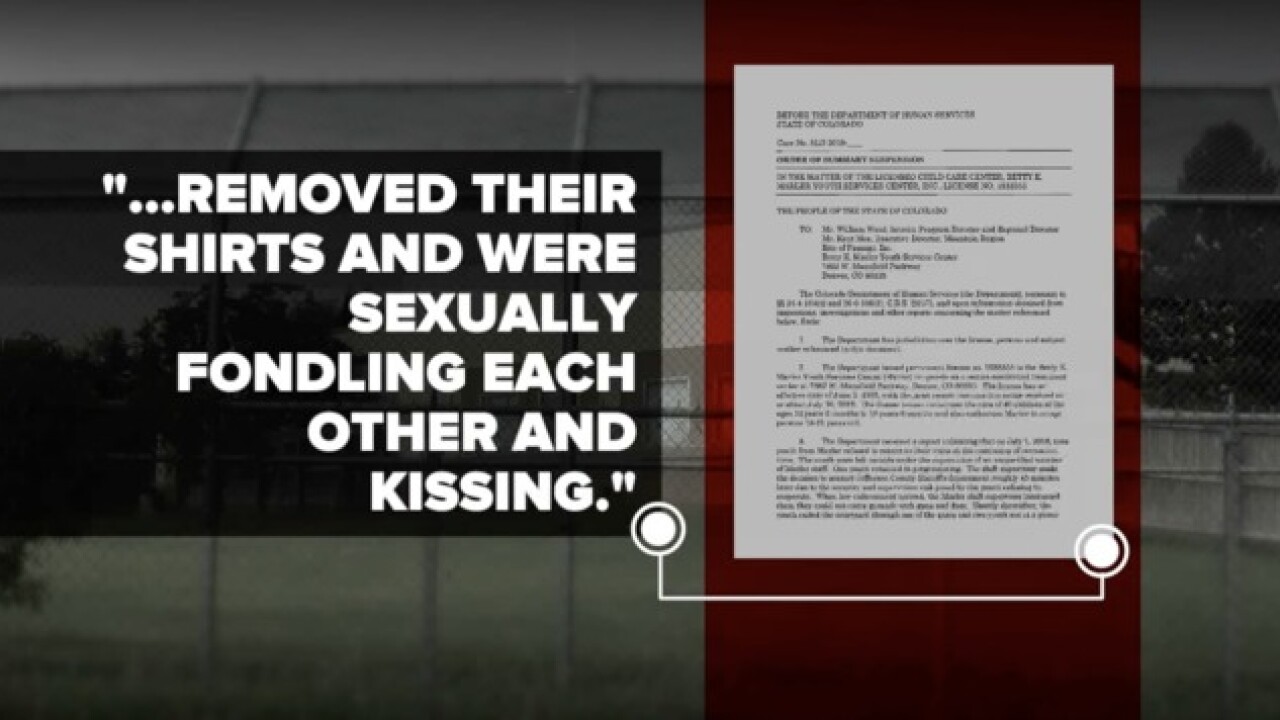 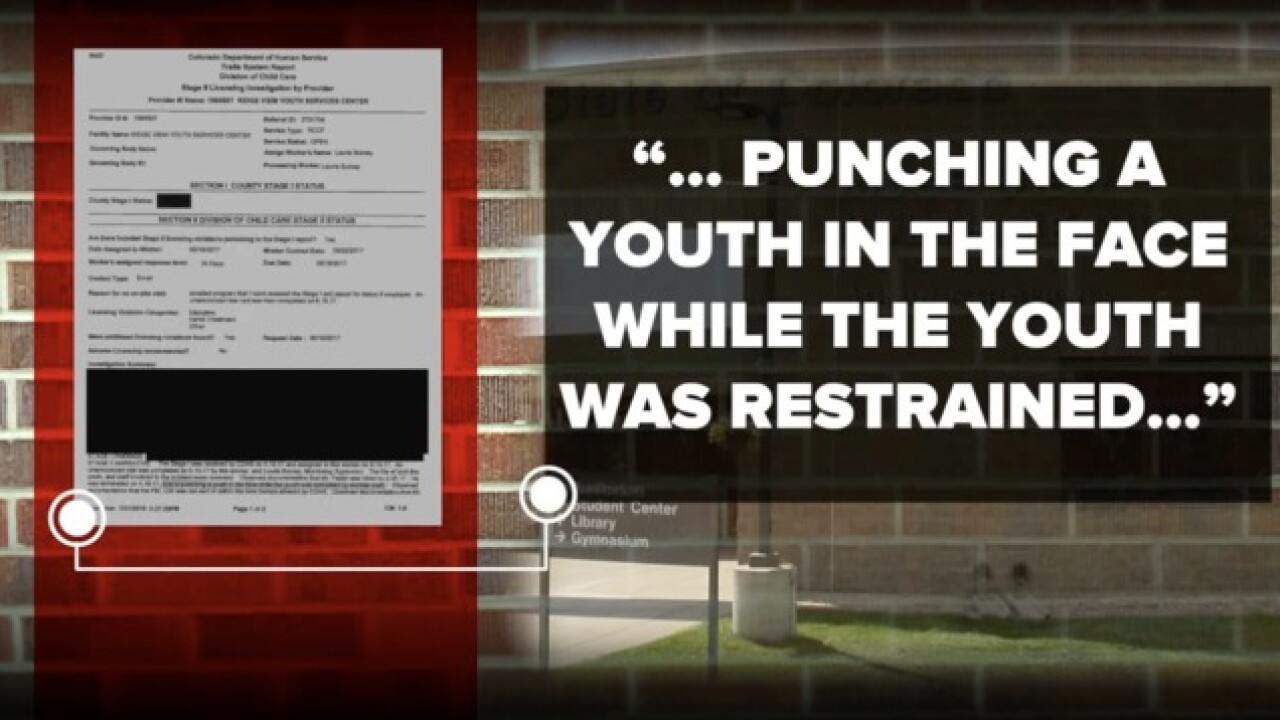 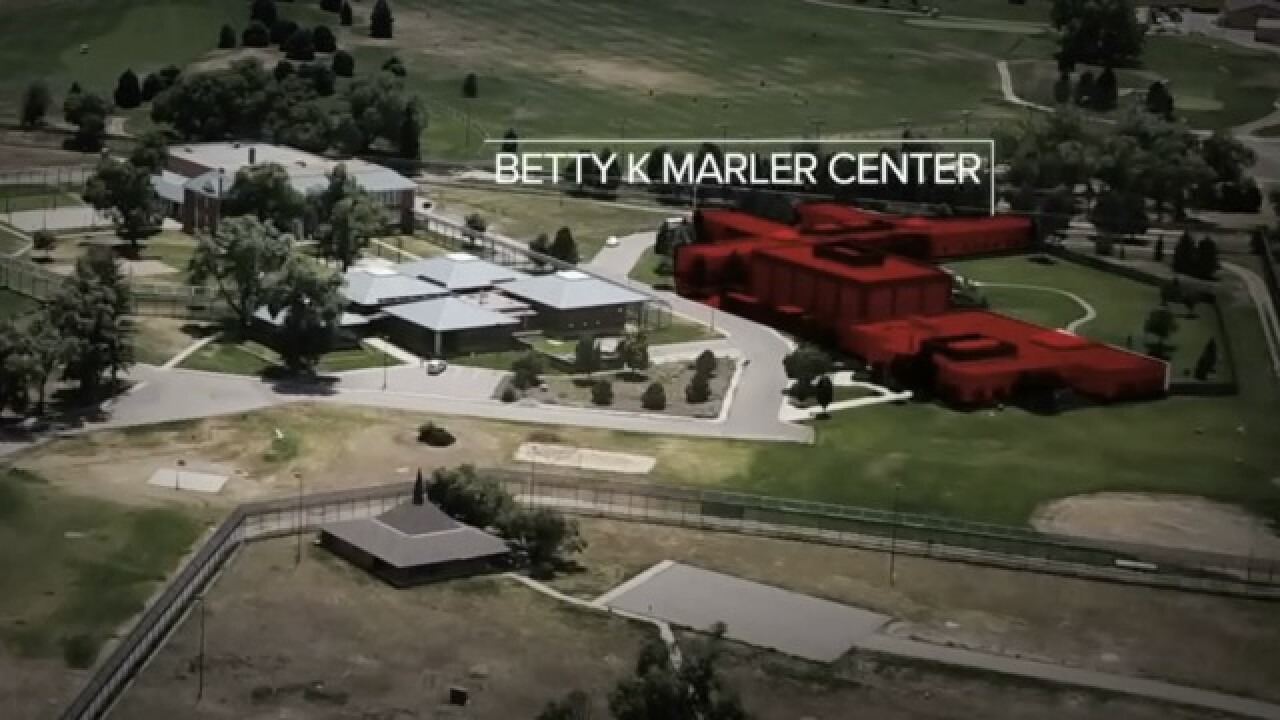 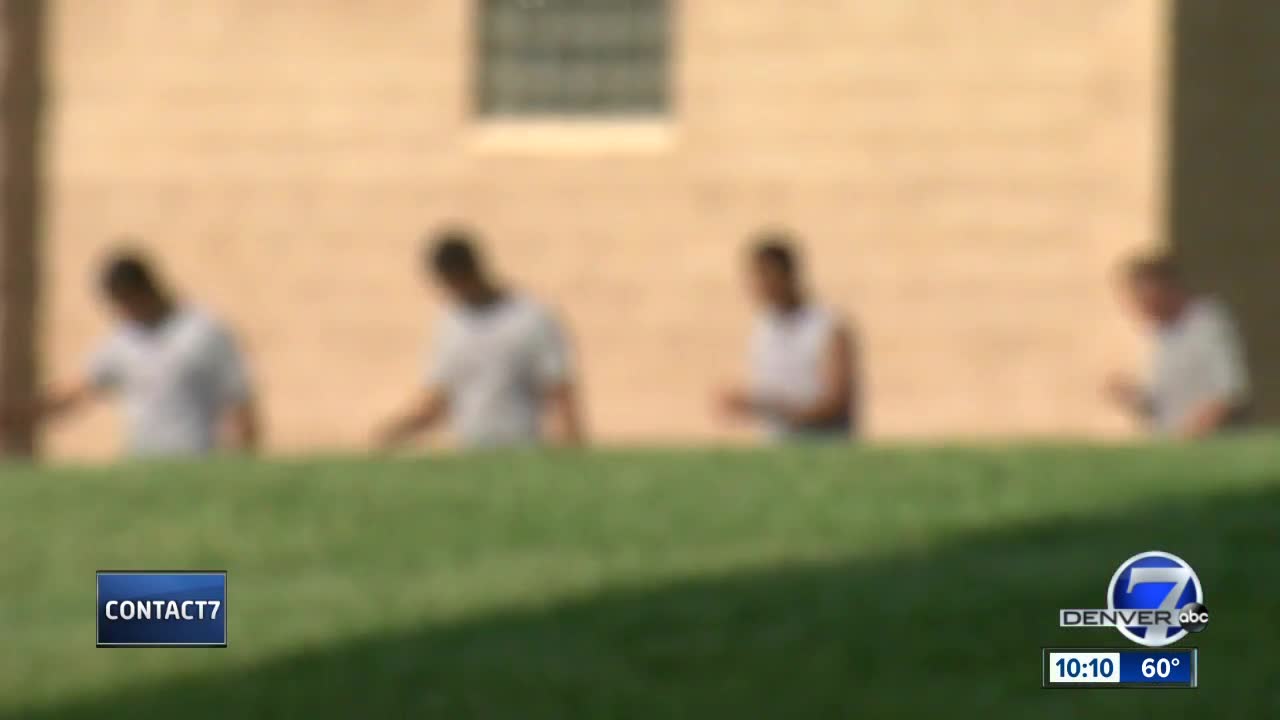 DENVER – The Colorado Department of Human Services has warned a private company running some of the state’s youth detention centers that the state has found enough problems at facilities to possibly suspend the company’s license, a Contact7 Investigation has found.

Rite of Passage runs facilities in Colorado and 15 other states. It recently operated the Betty K. Maler Youth Facility until the state forced the facility to close after staff lost control of teen girls who climbed on the roof of the facility July 7.

Denver7 reviewed collected hundreds of pages of public records going back five years that detail years of complaints at facilities operated by Rite of Passage.

At Ridge View, east of Aurora, records show a staff member punched a kid in the face while the kid was restrained.

Another kid, who was trying to walk away from the facility, was hurt so badly by responding staff that he spent the next month in a wheelchair.

When a felon was caught working at the facility, Rite of Passage's solution was to move that employee to a different state.

At Rite of Passage’s Denier facility in Durango, we found allegations youth were improperly put in seclusion and in another case youth were left unsupervised.

The state cited several concerns in its letter to Rite of Passage.

“…It is the department’s opinion that the allegations, if true, are the basis for revoking, limiting, suspending or making probationary…” the detention center’s license, the state wrote in a letter dated July 24.

That date is the day after Denver7 investigative reporter Jace Larson asked to review the licensing files for Denier and Ridge View.

"We have concern, and you can see that as evidenced by those reports and inspections," said Minna Castillo Cohen, the director of the Colorado Office of Children and Families.

Rite of Passage provided Denver7 with a letter addressing the state’s concerns and said the concerns have all been addressed and the fixes have been communicated to the state.

Rite of Passage’s regional director says the facility is well run and disagrees with the state’s assessment that there are continued problems.

"We have a different perspective," Kent Moe told Denver7. “I would allow my own children to be here.”

He said he takes state concerns seriously and will do so in the future.

He also said he hopes to the state allows Rite of Passage to operate the Marler facility in the future. The state is currently caring for the girls, some of whom have been returned to the facility after being temporarily removed.

Denver7 previously reported on the reasoning behind the closure of the Marler facility last month.

“Youth were threatening to assault anyone who approached them. One youth ran towards the roof’s edge and threatened to jump off and land on her head because she did not want to live anymore,” a state report on the matter reads.

At one point the state says residents removed their shirts and were sexually fondling each other and kissing.

The report also says two youth were left alone on a bench outside. They were later found and were kissing, biting each other’s necks and sexually touching each other inside of their pants, the report said.