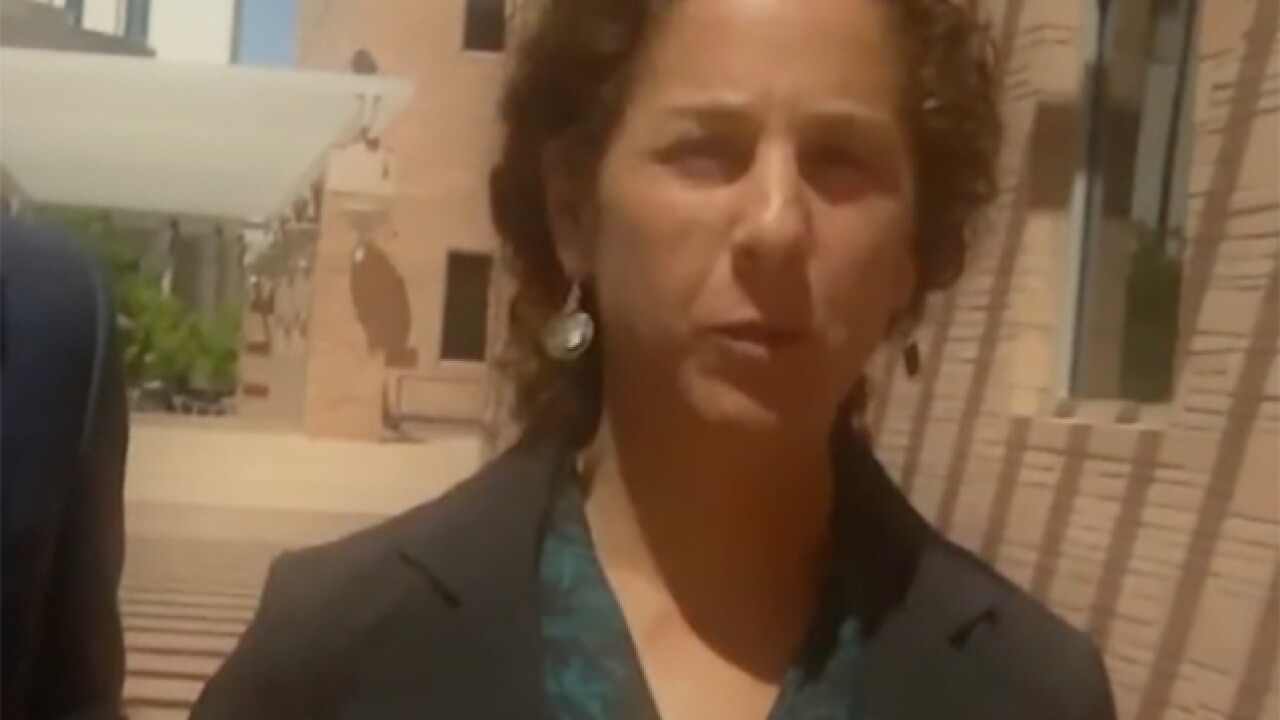 Copyright 2017 Scripps Media, Inc. All rights reserved. This material may not be published, broadcast, rewritten, or redistributed.
<p>Sharon Pomeranz</p>

ALBUQUERQUE, N.M. -- One of the attorneys behind the hundreds of disability lawsuits sweeping the Southwest U.S., including Colorado, gave up her law license over allegations of professional misconduct.

Sharon Pomeranz filed 99 cases on behalf of Alyssa Carton who uses a wheelchair.  A federal judge in New Mexico dismissed all of them after they were deemed frivolous.

The cases are near carbon copies of hundreds of disability cases filed in Colorado.

The Denver7 Investigates team, in collaboration with ABC15 in Phoenix and KOB-TV in Albuquerque, proved Pomeranz and Carton had signed secret contracts with an organization in Phoenix that facilitated the lawsuits.

The organization, Advocates for Individuals with Disabilities, also known as Litigation Management and Financial Services, has never responded to Denver7's requests for comment.

In a court hearing in Albuquerque in May, Carton admitted under oath that the cases were frivolous.  She also admitted that she did not fully understand how the lawsuit-filing model worked.

Pomeranz repeatedly lied under oath about the existence of the contracts, only to later admit they existed.

The Disciplinary Board of the Supreme Court in New Mexico levied charges against Pomeranz earlier this week.  In all, she faces seven counts related to professional misconduct.

Among the charges, she's accused of knowingly making false statements in court., engaging in conduct involving dishonesty, fraud, deceit or misrepresentation, and failing to abide by her client's decisions and keeping her client informed.

To read the full Specification of Charges, click here.

In lieu of fighting the charges, Pomeranz wants to resign.  She's petitioning the New Mexico Supreme Court to allow her to do so.  As part of the petition, she "admits to the truth of the allegations..."

The New Mexico Supreme Court ultimately has to accept the resignation, which could take an unspecified amount of time.

Should Pomeranz choose to pursue a legal career again, she'll have to wait three years before she could apply for readmission.  She'd also have to undergo, in part, a Character and Fitness Evaluation by the New Mexico Board of Bar Examiners at her own expense.

Irrespective of the resignation, Pomeranz and Carton may still face repercussions related to the cases filed in U.S. District Court.  The Court has yet to decide if Pomeranz and Carton, or perhaps Litigation Management and Financial Services, will have to pay the $40,000 of outstanding court filing fees and attorney fees for the roughly three dozen attorneys who defended the 99 New Mexico businesses.