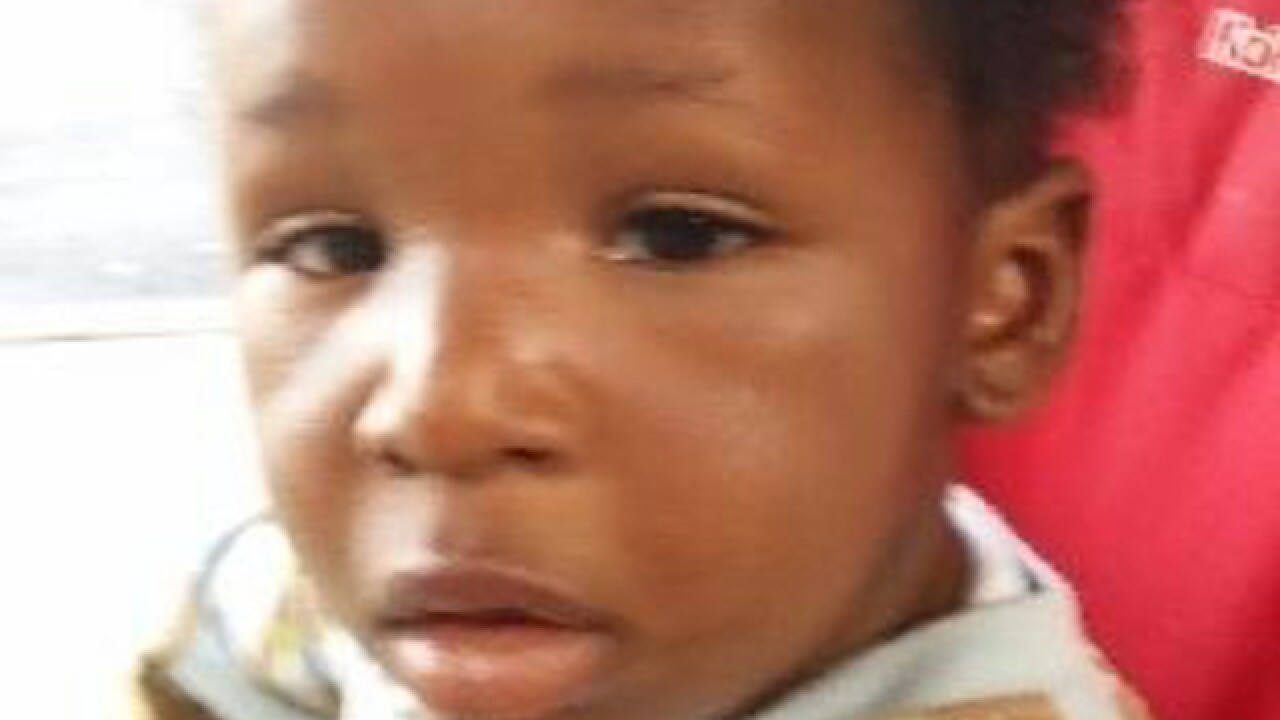 <p>This is a photo of Javion Johnson, the 23-month-old toddler who died after being taken to a local hospital. Denver Police are still investigating the circumstances of his death. (File photo) </p>

DENVER -- The mother charged in connection with the death of her 23-month-old son has pleaded guilty.

Javion Johnson was dropped off at a Denver hospital emergency room on July 8, 2015.

Investigators said police received a call saying that a boy had suffered serious injuries and was at a local hospital.  When officers arrived at Saint Joseph Hospital, the boy was already dead.

The charges alleged that the victim died from injuries sustained while in the care of Lampley and her boyfriend, Delonta Crank, 37.

Court records say Lampley told police her boyfriend Crank called her at work the day before her son's death to say he had to "whoop the baby" because the toddler had a potty training accident on the floor.

Crank was babysitting Javion and his three siblings -- ages 9, 7 and 6 -- on the afternoon or evening of July 7, according to an arrest affidavit.

During a forensic interview by a Denver Human Services specialist, Javion's siblings said "Donta" -- the boyfriend -- does most of the disciplining of the children because their mom "doesn't whoop good enough. They added that Crank used a stick and belt on the children.

After Javion's "potty training accident" upset Crank, the older children said the boyfriend placed the toddler in a high chair and "repeatedly hit him in the head," the affidavit states.

The children said that while their mother normally gave them their bath, Crank bathed them that night. After Javion was rushed to Saint Joseph Hospital the next morning, medical staff found that he had burns across his body and blood in one ear, the affidavit states.

The affidavit states the boy suffered burns around the time of the bath "may be consistent with [him] being placed in scalding hot water." Javion's 7-year-old brother said Crank told him "not to say anything about what occurred."

The autopsy report found thermal injuries, or burns, covering 15 percent of the child's skin. The other injuries included contusions and abrasions to his scalp, face and extremities; hemorrhages in the muscle on the left side of his head, liver and inside his mouth; a contusion of the left kidney; and extensive bruising.

The hemorrhage inside the child's mouth may have contributed to asphyxia, leading to his death, but the pathologists wrote in the report that theory could not be confirmed.

In 2007, Denver police arrested Crank for investigation of menacing with a weapon, assault and child abuse -- all felonies.

His then-girlfriend told police that during an argument, Crank hit her over the head with a pair of scissors, punched her in the stomach and held a knife to her throat while threatening to kill her. He then kicked her repeatedly while she was lying on the ground, according to court records.

The couple's 1-year-old son watched all this happening, a police report said. Crank fled the scene, but was arrested when he later returned home.

He pleaded guilty to felony menacing with a real or simulated weapon and prosecutors dismissed the assault charge, court records show. He was never formally charged with child abuse in this case.

In August 2011, Crank admitted that he'd showed up to meet his probation officer after smoking three marijuana "blunts." An officer patted him down and found a bag of marijuana on him.

In a letter pleading with the judge for leniency, Crank wrote that he suffered from bipolar disorder and depression. "My life has become in turmoil, and this has caused severe anguish, and triggered an off set in my mental illness," he stated.

In October 2011, he was sentenced to one year in the Department of Corrections, court records show.

Denver7 Investigators confirmed Denver's Human Services Department received a total of six referrals regarding the family of Javion Johnson over the past several years. Sources say most recent report was during 2013, when an infant tested positive for THC -- the active ingredient in marijuana.

Despite the six complaints, no cases were ever opened by Denver Human Services.

The day after Johnsons' death, Denver mayor Michael Hancock met with about 20 members of the department and ordered the formation of a team to rapidly plan ways to redouble efforts to protect at-risk children and families.