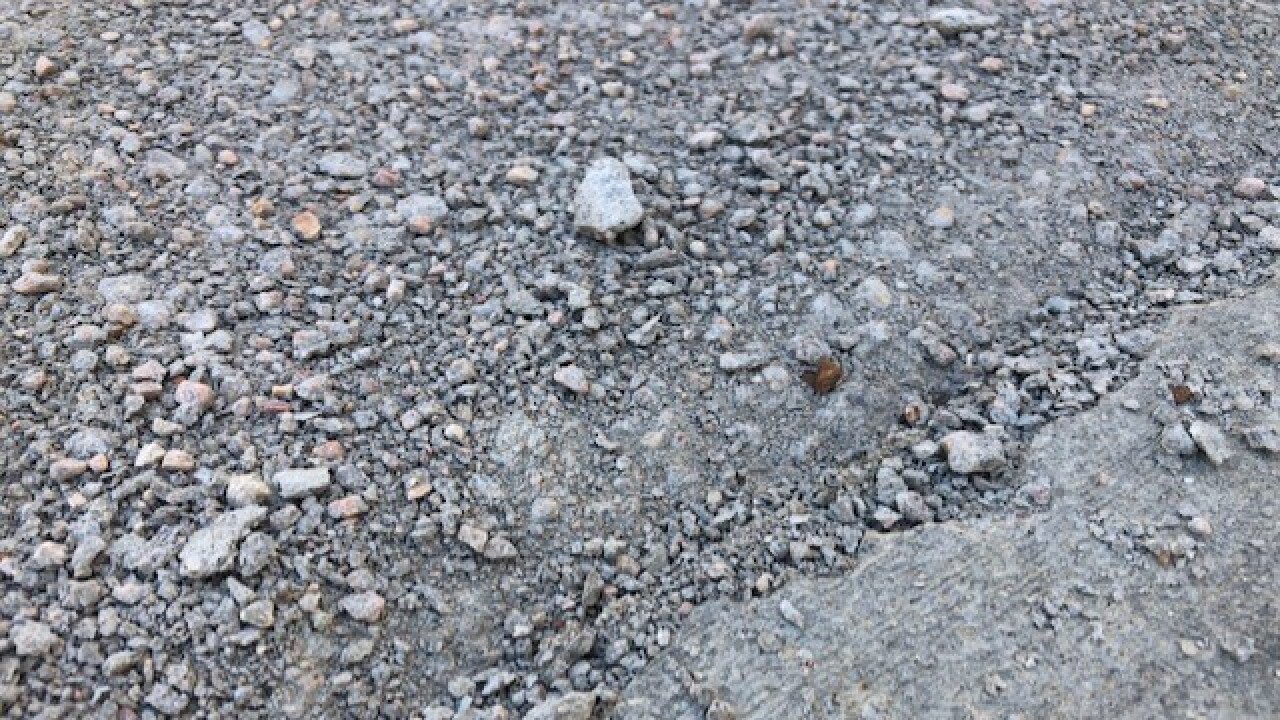 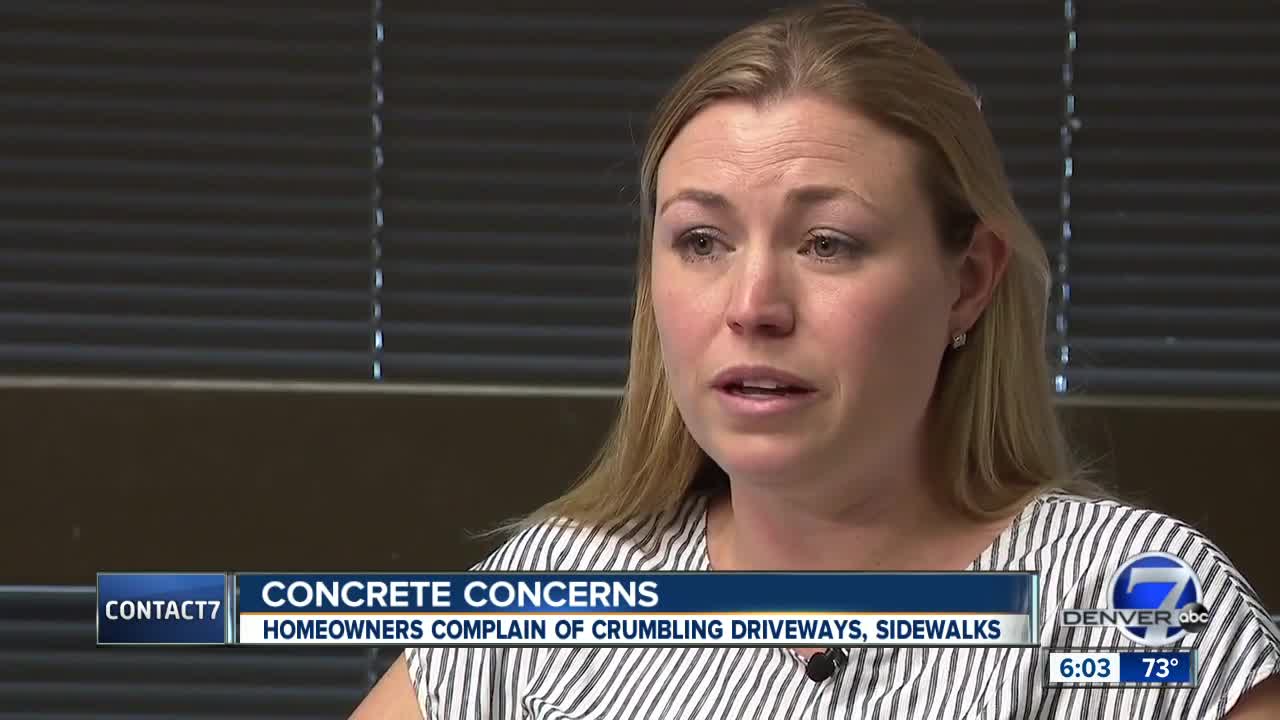 ARVADA, Colo. -- Several residents who spent big bucks on homes in the Candelas and Leyden Rock neighborhoods now question whether they got their money's worth when it comes to driveways and sidewalks.

The concrete is flaking and crumbling in front of their homes, some of which are less than a year old.

"We've only lived here for a year," said Jamie Smith. "I feel like when you buy a new home, the cement, whether it be your sidewalk or driveway, in good or bad weather, your driveway should last longer than one year."

Howell said he bought his house in May of 2018 and noticed the joints in the concrete on his driveway starting to flake last September.

"Obviously I was pretty upset about that after spending a very large sum of money on a brand new house and the concrete not lasting six to eight months," he said.

Smith said she and her husband first noticed their driveway starting to crumble last winter.

She told Contact7 that she reached out to the builder, Lennar Homes, via phone, email and writing, and asked for proof that the contractor did the proper testing, poured the cement according to standards and did quality work.

"They're refusing to provide me that information," she said. "Instead they provide me a letter from Meadows Concrete telling me that the spalling is because of ice."

In that email, Sterrett also claims that the spalling, or crumbling, is weather-related.

"In areas that ice freezes and thaws multiple times in one area on the concrete, we see spalling," she wrote. "This is not something that Lennar warranties and would not be something that we would repair. You can also find this information on page 17 of the warranty manual."

Smith wasn't happy with that response.

"For me, that's incredibly frustrating," she said, "because clearly, we live in Colorado, there's going to be ice. I feel some of the companies should know how to accommodate that to a better degree than what they have."

Another Leyden Rock homeowner, Nick Zawmon, said he was told when he bought his house last May that the concrete was not covered by the warranty.

"They let us know right off the bat," he said.

He said he was surprised at how many other homeowners are experiencing similar issues.

He said he can't help but wonder what his driveway will look like in a few months, or even a year, and whether he'll be forced to pay for repairs himself.

"The HOA might come and say, 'hey, your concrete looks terrible. You now have to replace it,' and then once again, it will be forced on us to do at our expense," he said.

No Reply from Lennar

Contact7 reached out to Lennar for comment about the crumbling concrete. The company has not replied. Contact7 also reached out to a concrete expert, whose family owned a concrete business in Denver for decades.

Contact7 also checked online with the Better Business Bureau to find out what the BBB says about Lennar Colorado LLC.

The BBB said Lennar has been accredited locally since December of 1994, but is not "rated."