Ketamine is a weight-based drug 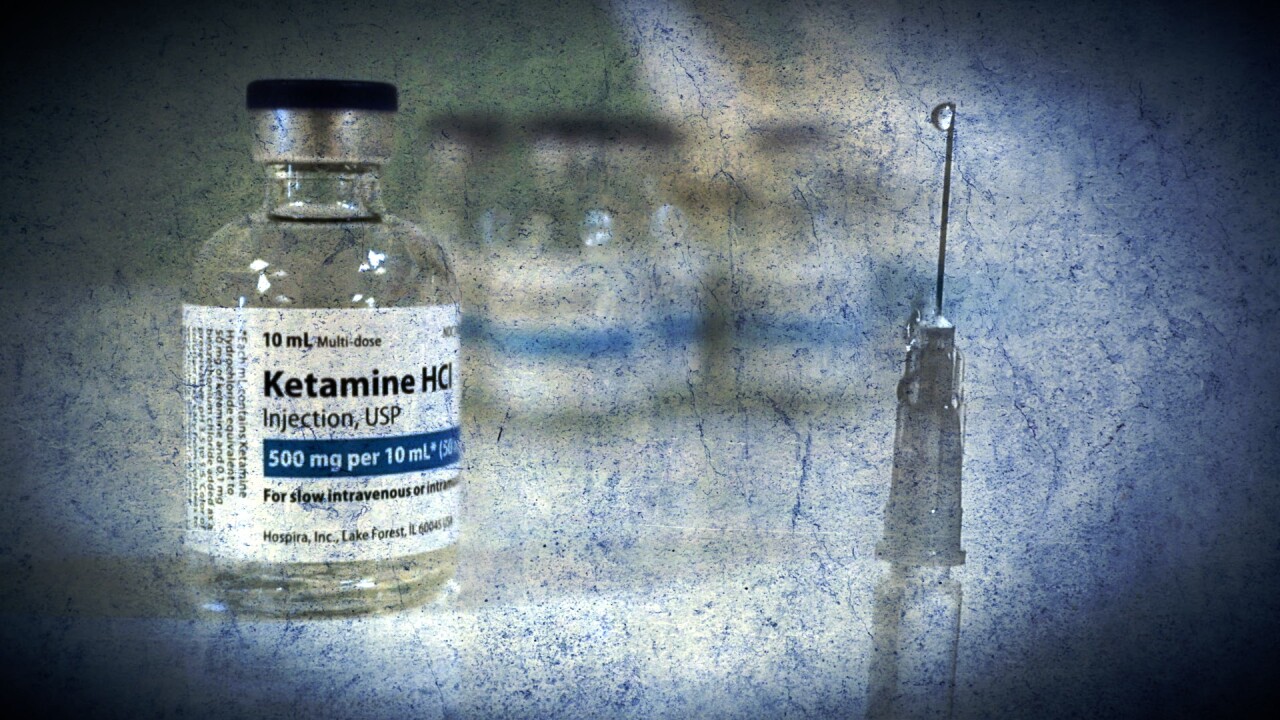 Copyright 2020 Scripps Media, Inc. All rights reserved. This material may not be published, broadcast, rewritten, or redistributed.
Denver7
Ketamine is a potent sedative and general anesthetic that has been under scrutiny ever since Aurora paramedics injected Elijah McClain with a heavy dose last year before his death in police custody.Records show Aurora paramedics have administered ketamine 25 times since they began using the sedative drug in 2018. 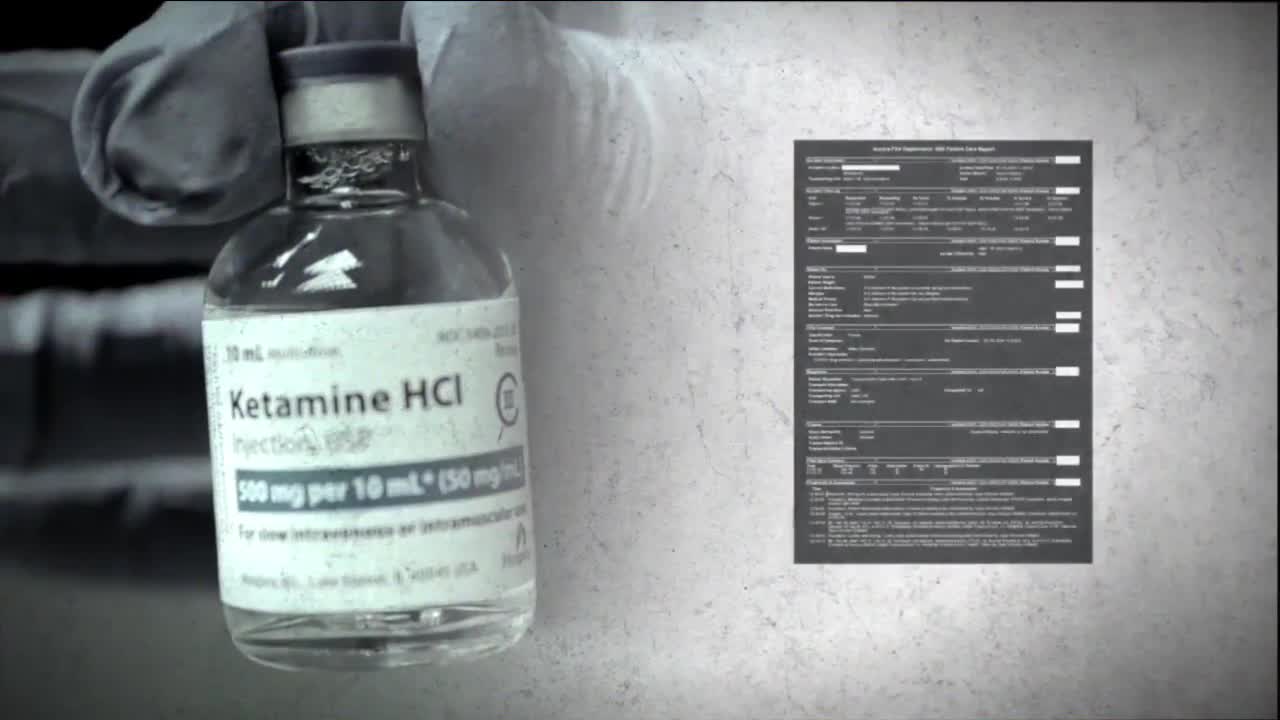 AURORA, Colo. -- Ketamine is a potent sedative and general anesthetic that has been under scrutiny ever since Aurora paramedics injected Elijah McClain with a heavy dose last year before his death in police custody.

Records show Aurora paramedics have administered ketamine 25 times since they began using the sedative drug in 2018.

Denver7 Investigates found in nearly half of those cases, 11 out of 25 times, medics failed to estimate a patient’s weight, leaving that portion of the report completely blank. And almost every time a patient’s weight is missing, paramedics are giving them 500 milligrams of ketamine — an entire vial and the maximum dose of the drug.

“It’s important for me to make sure that when we’re estimating weights for a weight-based drug that we are getting those estimates correct,” said Aurora City Councilman Curtis Gardner.

Gardner was behind a recent resolution that put a temporary ban on ketamine use in Aurora until the city’s investigation into McClain’s death is complete.

“To me, it doesn’t make sense to continue using the drug while at the same time having an ongoing investigation,” he said.

He would then go into cardiac arrest before dying in the hospital a few days later.

The Adams County coroner found McClain’s cause of death was undetermined but couldn’t rule out a reaction to the drug.

The FBI, Colorado attorney general, and city of Aurora have all launched their own investigations into McClain’s death.

Colorado anesthesiologists want the state to suspend waivers for ketamine use

“When we were made aware of the doses that were used in those high-profile cases like Elijah McClain, we were concerned for the safety of individuals,” said Janik.

The CSA is calling on the state to temporarily suspend its excited delirium waiver process for ketamine because of the side effects and high complication rates recently reported by the state.

The Colorado Department of Public Health and Environment (CDPHE) grants waivers for paramedics to use ketamine outside of a hospital to treat excited delirium — a form of agitation normally associated with chronic drug use, mental illness, or both.

More than 90 agencies, from Aspen Ski Company to Bandimere Speedway, have approval to use it.

Data from the state shows medics have used ketamine 902 times for excited delirium in 2 ½ years. More than 16% of those cases had complications, with a 24% complication rate in just 2019.

Experts question the use of ketamine to treat excited delirium

Aurora paramedics wrote in McClain’s patient care report that he was “suffering from possible excited delirium,” but that condition is not universally accepted in the medical field.

“I don’t know if it exists,” said Janik.

Ketamine is being used too often and with too many complications in cases of “excited delirium,” a condition that might not even exist, the Colorado Society of Anesthesiologists said in a statement.

Dr. Christopher Colwell is currently the chief of emergency medicine at San Francisco General Hospital, but he was at Denver Health when Colorado first began using ketamine to treat agitated patients back in 2013.

“For those who say it doesn’t exist, I would say that they have not lived in my world. It absolutely exists and it is a medical emergency,” said Colwell.

Colwell said the more someone struggles with police, the more their health is at risk.

“Patients will be at risk for developing severe illness and even dying,” he said.

Colwell said a surge in synthetic marijuana use and other drugs led police and paramedics to encounter more extremely agitated patients who needed a higher level of sedation. That’s where ketamine came in.

“I don’t believe there is a better drug than ketamine for most of those cases,” he said.

Dr. Andrew Monte is an expert on ketamine at the University of Colorado School of Medicine.

He said while there is no question the 500 milligrams McClain was given is a large dose for anyone his size, he questions if ketamine is being used as a scapegoat.

“We should not be actually making ketamine the scapegoat for the underlying systemic racism and racial profiling that actually is what the issue is here,” he said.

However, with such a high complication rate for treating excited delirium, Aurora’s mayor pro tem and medical experts are now calling on the state to do more.

“We definitely need to do something, and we can’t let this continue as is,” said Nicole Johnston, Aurora’s Mayor Pro Tem.

The CDPHE announced in August it plans to review its ketamine waiver program. A group of experts is looking at the drug’s safety. The state said the review will last at least 12 weeks and a final report will be made public.