All eyes on Colorado's Senate race as candidates, 3rd party groups could spend as much as $20 million 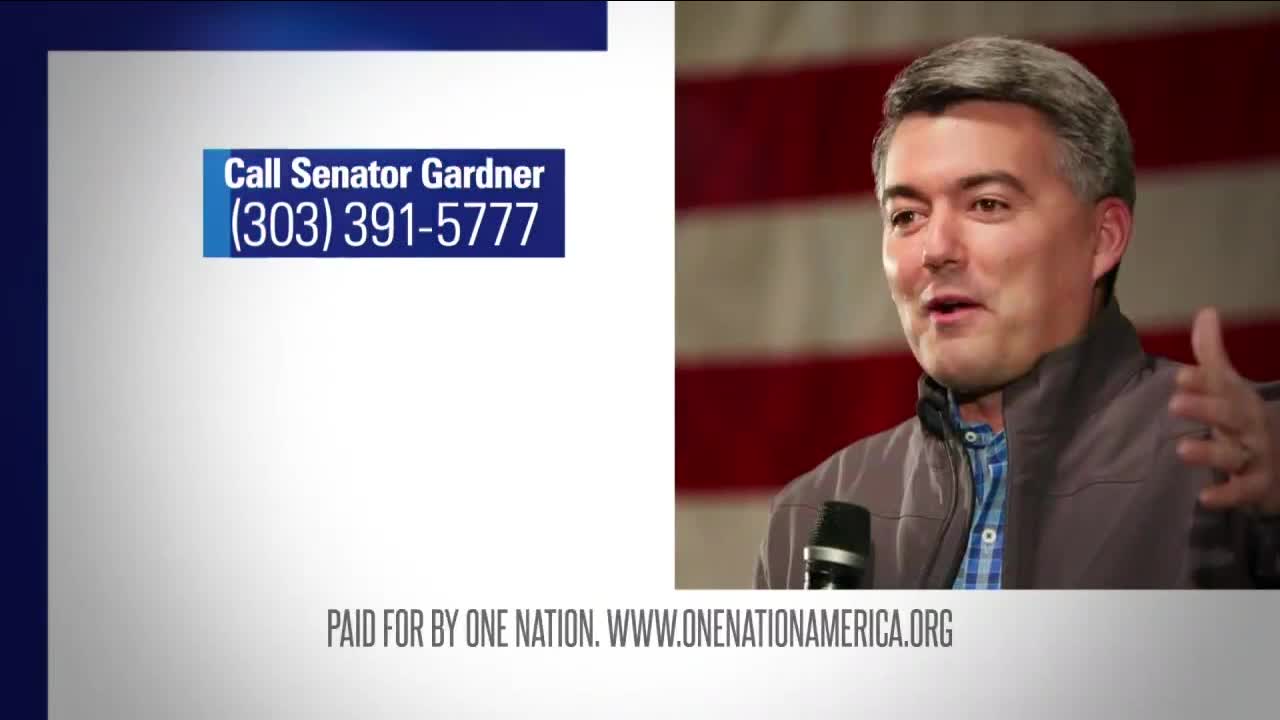 DENVER -- It’s considered by many political insiders to be one of, if not the most critical races for a U.S. Senate seat in the country. Many speculate the competition for Colorado’s Senate seat could ultimately determine the balance of power in the nation's Senate.

Political polls taken during the past two months have shown former Colorado Gov. John Hickenlooper currently has a respectable lead over Republican incumbent Sen. Cory Gardner. Some polls have shown a double-digit lead. But history shows that polling in May does not always predict final voting in November.

“The true challenge for Cory Gardner really is Donald Trump,” said political consultant and regular Denver7 contributor Steve Welchert. “How does (Gardner) distance himself from Trump without alienating Trump voters in Colorado?”

BIGGEST IN US HISTORY?

That and other issues are likely to play out during the next four months in a tidal wave of television commercials. Some analysts say Colorado voters and viewers are likely to see somewhere near $20 million in television ads before the final ballots are counted in November.

“This race is set up to be the biggest in U.S. history,” Welchert said.

Sources tell Contact7 Investigates that television ads will be dropping or airing this week and voters can expect a new round of commercials on regular two-week cycles.

“Money will come from both directions,” Welchert said.

He adds the purpose is clear: “To try and keep the Senate race in Republican hands or take it back into Democratic hands.”

Six years ago, Gardner did what many political insiders say is virtually impossible. He beat an incumbent senator when he unseated Democrat Mark Udall. With commercial time scheduled by the two candidates, political action committees and some dark money groups, voters will be facing a wide range of messaging during the next four months.

The National Republican Senatorial Committee (NRSC) is one of the groups creating commercials and buying TV time. According to its website, the NRSC is a group devoted to strengthening the Republican majority in the Senate. Republicans currently hold a 53-47 advantage in the senate. Political insiders expect this group to fire hard against Hickenlooper and his record as a former Colorado governor and Denver mayor.

On the other side of the political aisle is the Senate Majority PAC (SMP). This group’s website says it is devoted to building a Democratic majority in the Senate. It’s a group expected to attack Gardner and his record during the past six years.

Political insiders have told Contact7 Investigates that voters can expect to hear messages from at least six different third-party groups between now and the election and there will also be plenty of airtime purchased by so called “dark money” groups.

“Part of the problem with dark money is when the Supreme Court decided that corporations were people too, it allowed money to kind of enter politics this back-door way,” Welchert said. “And so it means no one is going to account for the money. … When you can’t find out (where the money comes from) that’s when it’s dark money.”

Consistent with recent Colorado election history, many insiders believe this race will ultimately not be decided by registered Democrats or Republicans.

“The Independent voters are going to decide this race,” Welchert said. “And right now they’re breaking for Hickenlooper. Gardner has to find a way to claw back.”

Between now and election day, the Contact7 Investigatives team plans to regularly review political advertisements to help voters navigate through the claims. In the coming weeks, you can expect to see stories on Denver7 and on thedenverchannel.com that dissect the claims made during this campaign.