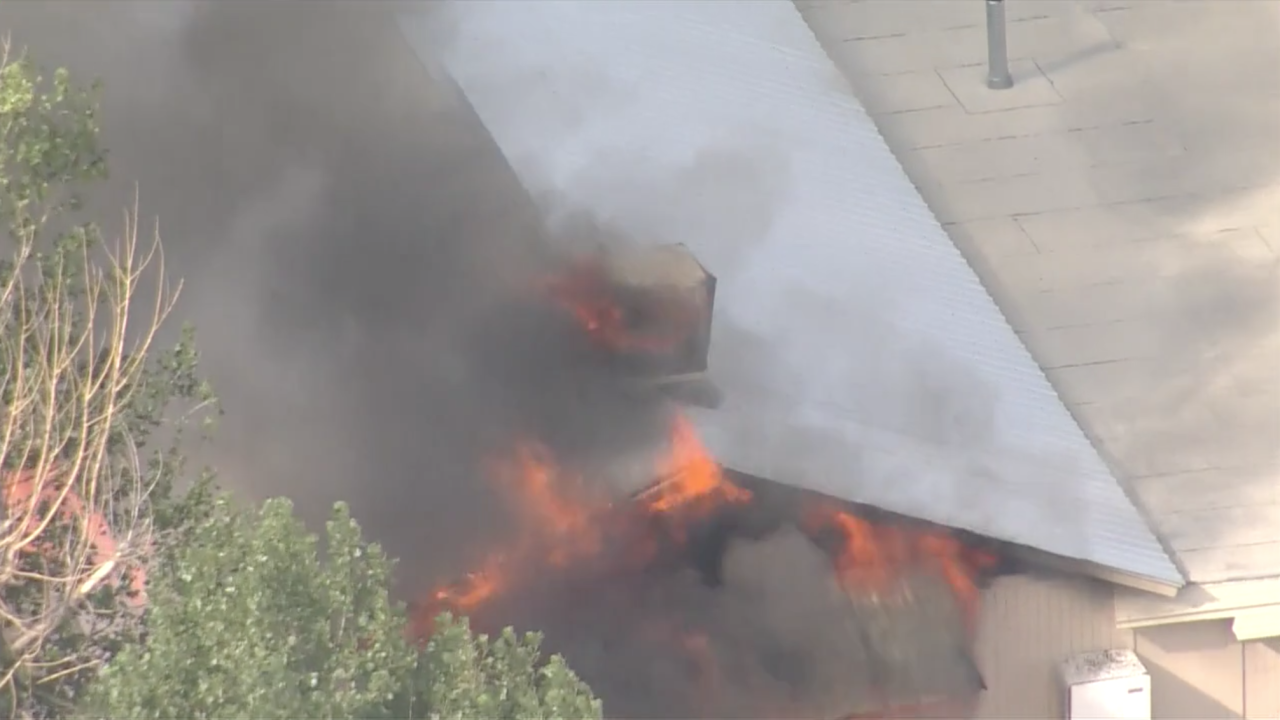 Two buildings caught fire on a property near 156th Avenue and Colorado Boulevard.

Deputies were called to a home at the property about 8:30 p.m., where there was a disturbance between relatives, authorities said. Deputies saw the suspect driving away and chased the drive into Dacono and near Fort Lupton before the chase ended up back at the home in Adams County.

At that point, the suspect drove into a garage, and deputies then saw fire and smoke coming out of the garage. Deputies told the suspect to exit the garage and then saw the man holding a rifle, authorities said.

At some point during the exchange, the deputies heard gunshots fired, but no one was struck. The suspect, who hasn't been identified yet, came out of the garage and was taken into custody.