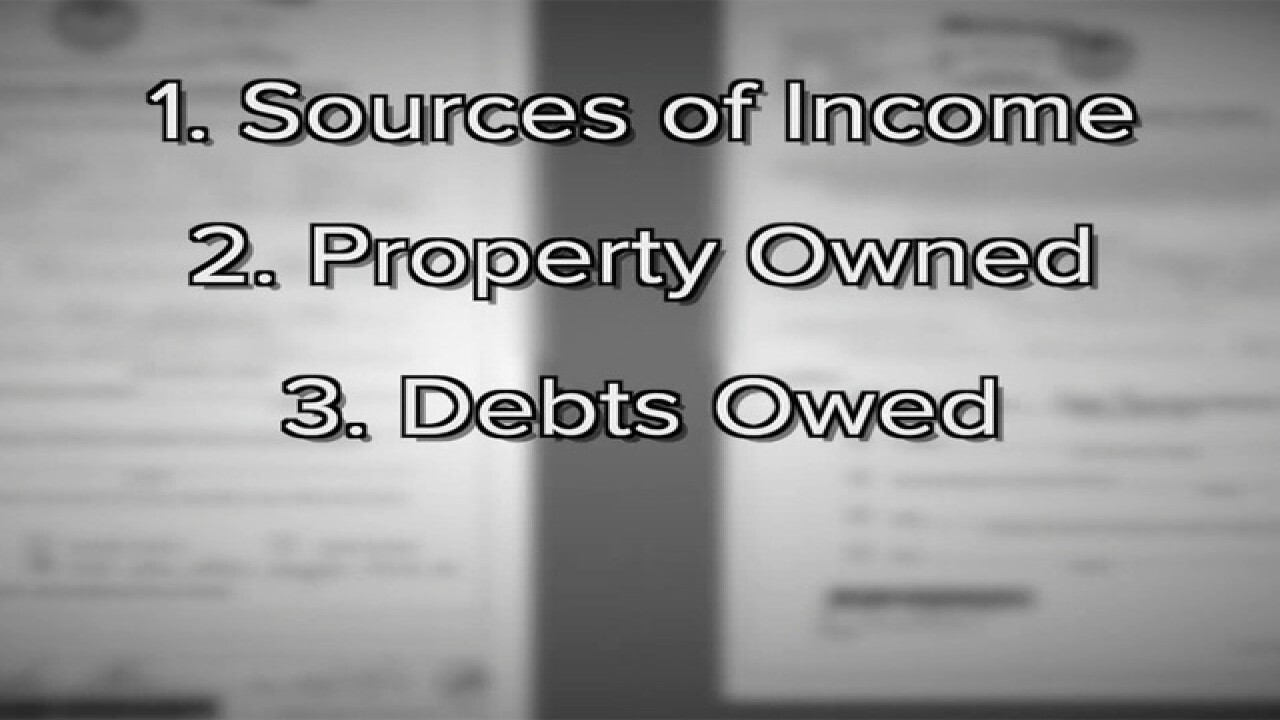 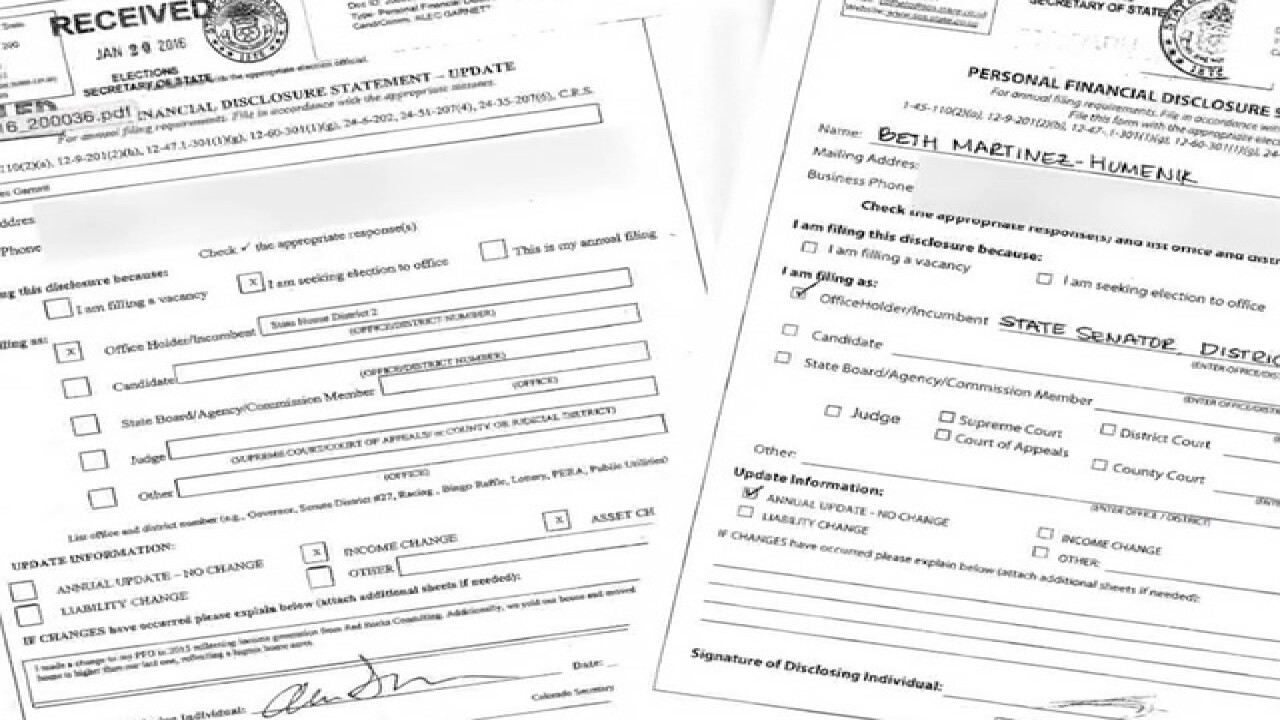 A mistake by about a dozen lawmakers is getting fixed after Denver7 uncovered the errors.

State lawmakers are among the elected representatives who are required to file "personal financial disclosure statements" (PFDs) by January 10 every year.

The statements reveal where the lawmaker makes their income, what property they own and their debt. The PFDs are required under the state's Sunshine Law. The purpose is mainly to be transparent and avoid any conflicts of interest. The law states anyone who willfully files false or incomplete information is guilty of a misdemeanor.

Denver7 learned about the documents when we were tipped off that U.S. Senate candidate Jon Keyser, a former state lawmaker, failed to file his in 2016 and was late and incomplete in 2015. After getting that tip, we reviewed hundreds of documents and discovered 12 other lawmakers who never filed in 2015 and/or 2016, and a number of lawmakers who filed late.

At the same time, The Colorado Independent reached out to Keyser's campaign about the missing statements. As a result of that contact, Keyser submitted the documents.

On June 14, Keyser's spokesman Matt Connelly told Denver7, "(On June 10), Jon submitted a personal financial disclosure document for the two weeks he served in the 2016 legislative session and amended his 2015 disclosure to clearly show the mortgage on his primary residence. The Secretary of State’s office never notified Jon of any shortcomings with his disclosures, has allowed him to amend the forms, and we’re happy to have the opportunity to amend it to explicitly show what is already obvious."

Denver7 identified the following lawmakers as not submitting statements in 2015 and/or 2016: (listed alphabetically by first name)

*Navarro and Wilson both submitted PFDs when they declared their intent to run for re-election in the second half of 2015, but those statements are not meant to replace the PFDs due in January.

Another lawmaker, who we originally identified as not having filed, asked the Secretary of State's Office about the discrepancy and found out that their Jan. 4 email ended up being flagged as spam and was never opened.

Most of the lawmakers have already corrected this issue and turned in their missing PFD.