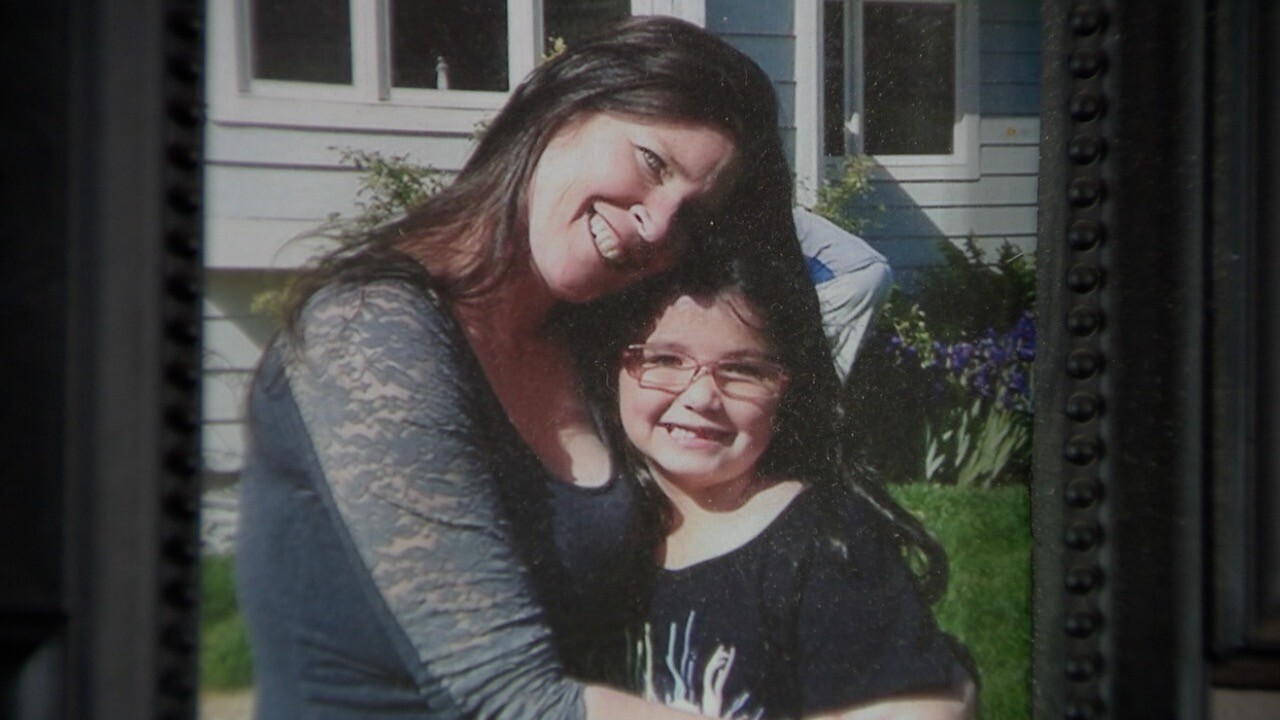 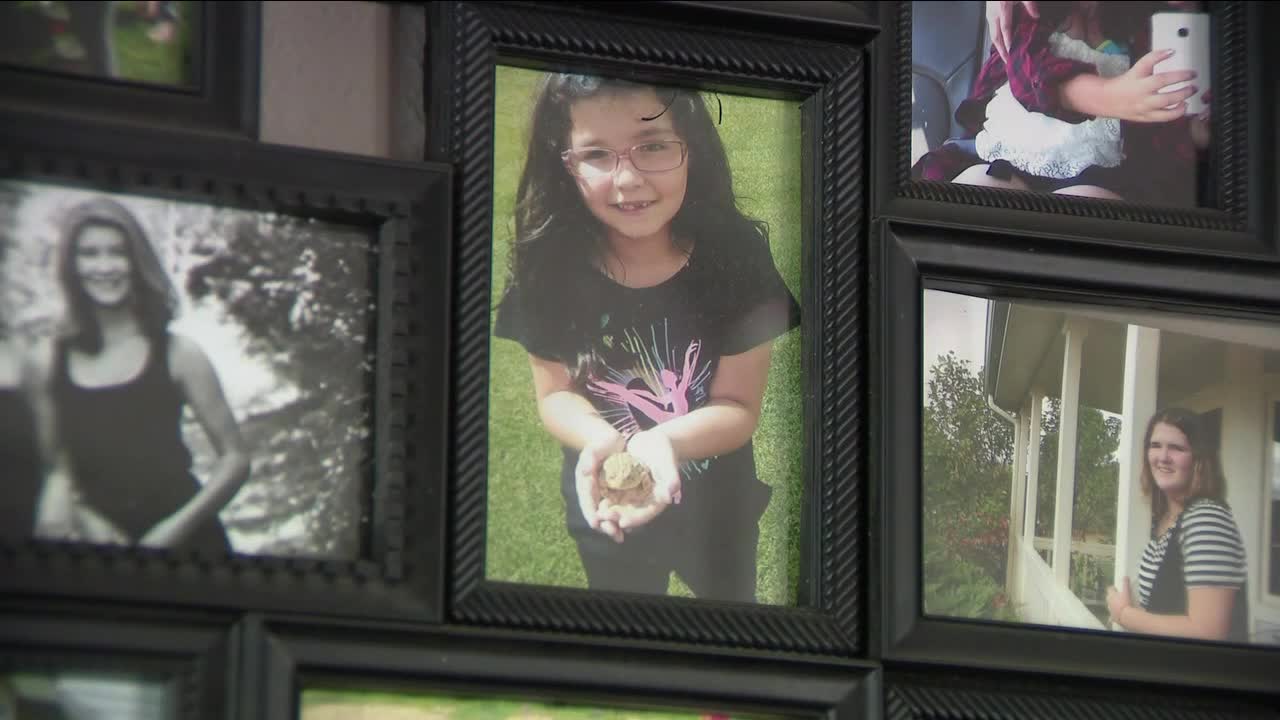 THORNTON, Colo. -- They say a mother's love knows no bounds, no distance. For Dana Edman-Bonds, that love has only continued to grow.

"Four-wheeling was her biggest thing," Dana said while looking at photos of her 10-year-old daughter, Payton.

Payton was killed in a tragic car accident over the border in Wyoming back in September 2018.

Dispatch records from Wyoming Highway Patrol show another driver called in saying, "There's been an accident. It doesn't look good at all."

"There's a body in the road. Car rolled over. Debris everywhere," said another driver.

It was the day Dana's world came crashing down.

"There is not a moment that I don't think about it," she said.

Her ex-boyfriend drove to Wyoming in the middle of the night with their daughter, Payton. He had been drinking, according to police reports, and crashed into a semi-truck parked on the side of the highway.

After the crash, he lay dead in the middle of Interstate 80 at mile marker 239, while Payton was upside down in a mangled car in the median.

"She's still in there by her seatbelt," Dana said. "With head trauma – and nobody's doing anything."

Dispatchers called EMS to the scene.

"Rawlins Ambulance, please respond to mile marker 239, I-80," the dispatcher said, according to a recording obtained by Contact7 Investigates.

A short time later, records show, the ambulance left with no patients inside.

Meanwhile, the trooper on scene shut down the highway while they waited for the coroner to arrive. Nearly an hour went by while Payton continued to lay upside down, hanging from her seat belt.

Then, the unthinkable happened.

Dispatch records show the dispatcher called for the ambulance to return saying: "My trooper on-scene at 239 needs the ambulance back there as soon as possible. They're getting a pulse on one of those that we thought were dead."

Records show the coroner found a pulse on Payton at around 1:30 a.m. — more than an hour after the crash was first reported in at 12:07 a.m.

The corner wrote in his report that he, "noticed bubbles coming from her mouth and nose."

One of the firefighters on scene documented in his report: "[R]olled her in to body bag, and noticed she was breathing."

It would take EMS roughly 30 minutes to get back to the scene.

Another fireman wrote in his report that, "CPR was going for a half hour until the ambulance got back on scene." As a result, the trooper called dispatch asking for an update.

"They are wondering if you can step that up, CPR is in progress," the dispatcher said.

"We're going as fast as we can," the paramedic responded.

But by the time the ambulance got back to the scene, it was too late. Records show officials declared Payton dead at 1:59 a.m.

Like any mother, at this point, Dana was on a mission to get answers and to find out what happened in the last hour of her little girl's life.

"It was a day after the one-year anniversary that I got a call from the coroner's assistant saying she wanted to meet with us to tell us the truth," Dana said.

She recorded their meeting a year later in Fort Collins.

"My motive is you guys and my motive is Payton," Carbon County Deputy Coroner Brittany Nyman is heard saying on the cellphone audio recording of the in-person meeting. "I just want you to have the full truth."

Nyman was on-scene the night of the crash, along with Coroner Paul Zamora. The deputy coroner said the EMT failed to do his job.

"In my opinion, (Payton) should have been cut out of the car right away," Nyman said. "That EMT did not follow protocol."

Nyman then walked the family through what happened when the paramedic got back on-scene and talked to the coroner.

"He looked at Paul and goes, 'Well that's not a survivable injury.' And Paul looked at him, and he told him, 'I don't care. I can't put someone with a pulse and who's breathing in a body bag and hope they die before the time I get back to the office,'" she said.

"That was EMS' job and they failed," she said.

"The paramedic's been fired. He was fired from the hospital," Nyman told the family, according to the recording.

The paramedic worked at Memorial Hospital in Carbon County.

"They have two Flight for Lives. You know, take her," Dana said.

Memorial Hospital denied Contact7 Investigates multiple requests for an interview, and refused to comment through its attorney.

The hospital has also denied Dana's request to release any of Payton's medical records, and would not confirm if the paramedic was fired. The hospital called it a personnel matter.

"Everyone has their own attorneys and they lawyered up right away," Dana said.

The EMT involved in the crash, who the deputy coroner said was fired by the hospital, was able to get another job working for a different emergency service in Wyoming. The paramedic passed away in January 2020.

When asked who is to blame, Dana responded, "The state, the county, everyone that was involved."

"You can't tell me that not a single person on scene couldn't have done something," she said.

Dana has since turned her Thornton home into a memorial to Payton and carries her urn with her often.

"It used to be solid pink," she said. "Obviously after all this time, there's really not much pink left."

Mostly what's left, she said, is sadness and grief. She wants to make sure no other family or mother has to feel the same pain.

"I don't want this to happen to anyone else," she said.