Is this your dog? Pup that got loose on Westminster highway found safe 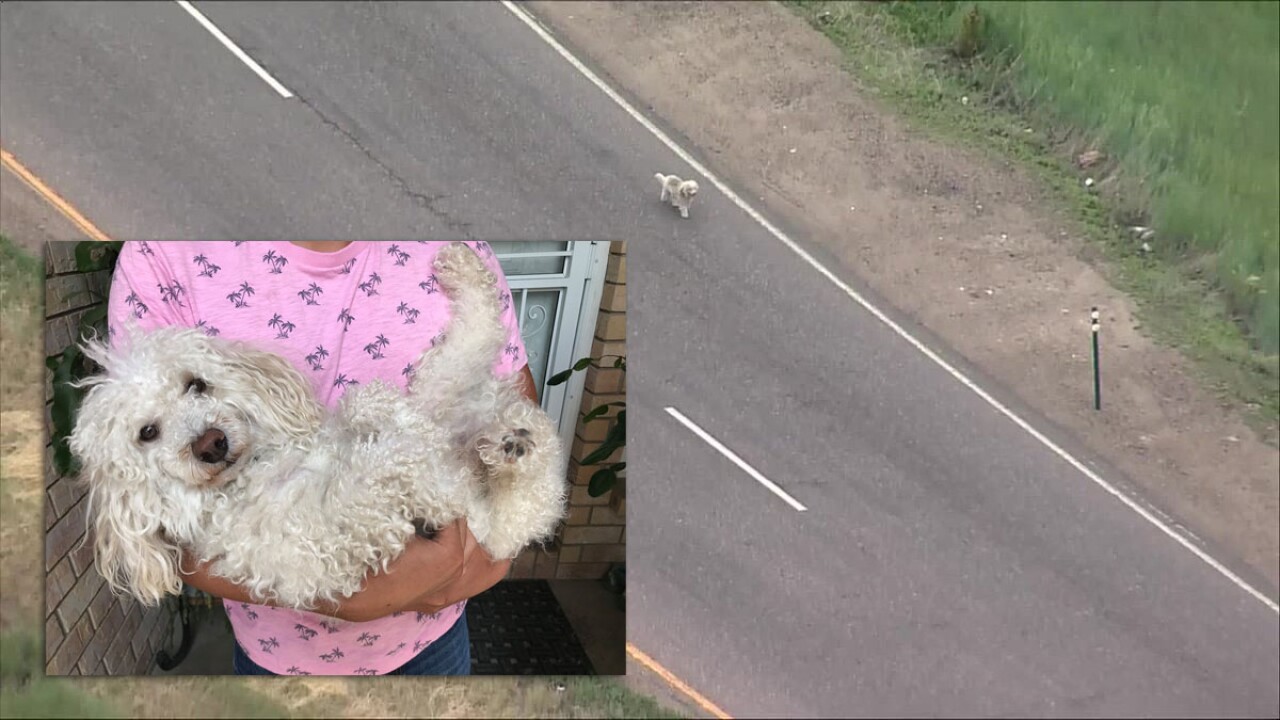 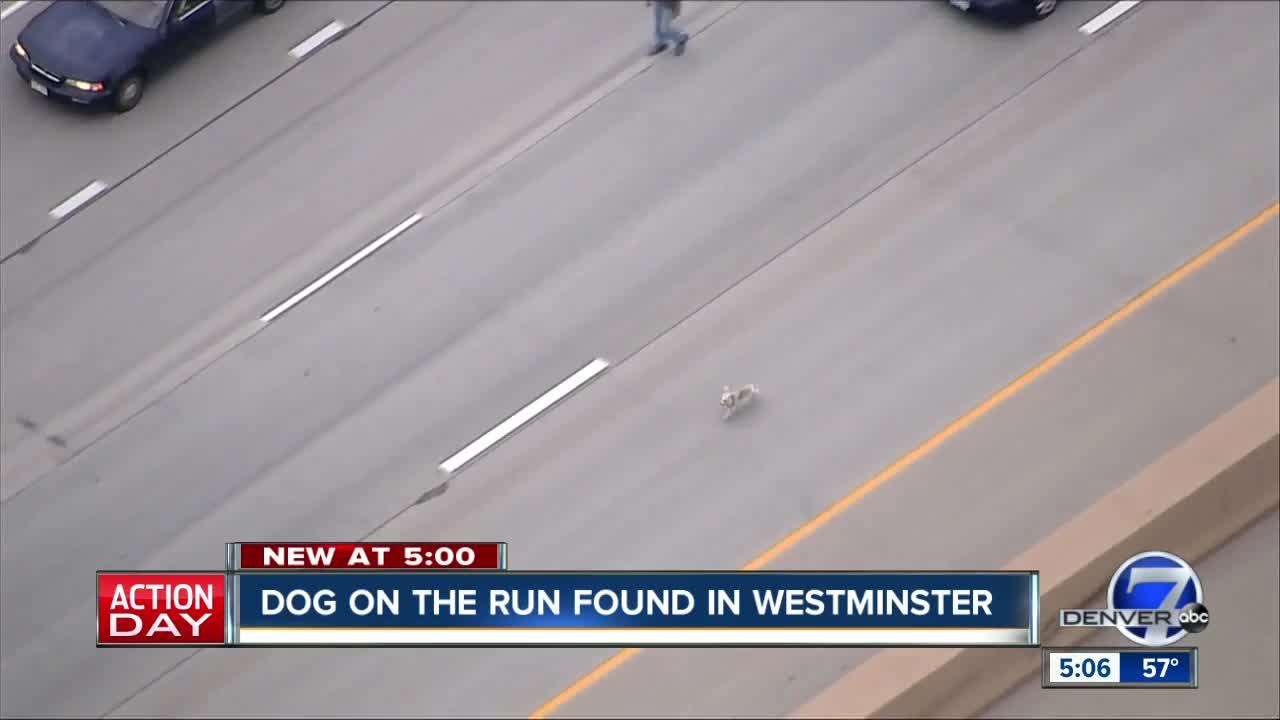 WESTMINSTER, Colo. -- A small dog that stopped traffic temporarily on US 36 Friday when it wandered into traffic during the morning commute has been found safe, but now we need your help to find its owner.

The dog caused several drivers to pull over and get out of their cars to try and catch the dog but they didn't have any luck. AIRTRACKER7 followed the pup as it had several close calls with cars before venturing into a nearby neighborhood.

“We had four different agencies looking for this dog between 6:30 a.m. and about noon today,” said Adams County spokesman Jim Siedlecki.

The Adams County Sheriff’s Office, Westminster Police Department and animal management teams from both the county and the city spent hours scouring the neighborhood to try to find the dog. Colorado State Patrol was also made aware of the situation. None of them were able to track down the dog, however.

A couple living in the neighborhood was finally able to catch him around 10 a.m. Steven Daniels and Anh Nguyen said they were getting ready to take their two dogs on a hike when they spotted the white pup.

The couple tried using dog treats they had to get the pooch to come over but finally had to corner the dog to catch him after about 20 minutes.

“He was very skittish at first and he kind of warmed up to us very quickly,” said Steven Daniels.

The dog has a teal collar on it but no tag, so the couple took the dog to a nearby veterinarian where they found out he is also micro-chipped, but not registered. Since they couldn’t find the owner, the couple brought him back home with them and gave it a bath.

“This guy has kind of just been a mystery so far,” Daniels said. “He’s got a collar, just no tag on it, so it was nice to know that he is somebody’s family, we just need to find who it is.”

For now, the couple has posted photos of the dog on different social media sites and are trying to track down the other for themselves, otherwise, “We’ve given him a name and we have plans and so if no one claims him, we’re keeping him - that’s it,” Daniels said.

Calls about dogs on the road don’t normally receive such a large law enforcement response. However, Siedlecki said the reason so many agencies searched for it on US 36 was because the dog was in between jurisdictions.

If you see a dog wandering around, Siedlecki says the best thing to do is call 911 and they can figure out which jurisdiction you are in and the right people to contact. While he was relieved that the dog is safe, Siedlecki says it was a dangerous decision for drivers to chase it on the highway.

“When you’re on a highway or the interstate, it’s not nearly as safe to do that; so your safety and the safety of your passengers and the other motorists is paramount,” he said. “Do what you can to avoid contact with the animals and then call the proper authorities to allow them to come out and search.”

It’s also important to approach the animal with caution because you don’t know how it will respond to you.

“Be careful because these animals are often times disoriented and scared and we don’t know how they’re going to react, so you might be putting yourself in danger with the animal as well,” Siedlecki said.

Finally, check your gate before leaving to make sure it is closed and check the fence line to make sure the dog didn’t dig a hole under to get out

Now that we've found the dog, help us track down his owner. Here are some photos of him. Do you recognize him? He's a boy dog that's not neutered with a teal collar. He maybe weighs 15-20 pounds. Contact @DenverChannel if you do. pic.twitter.com/WBf6EErsOa