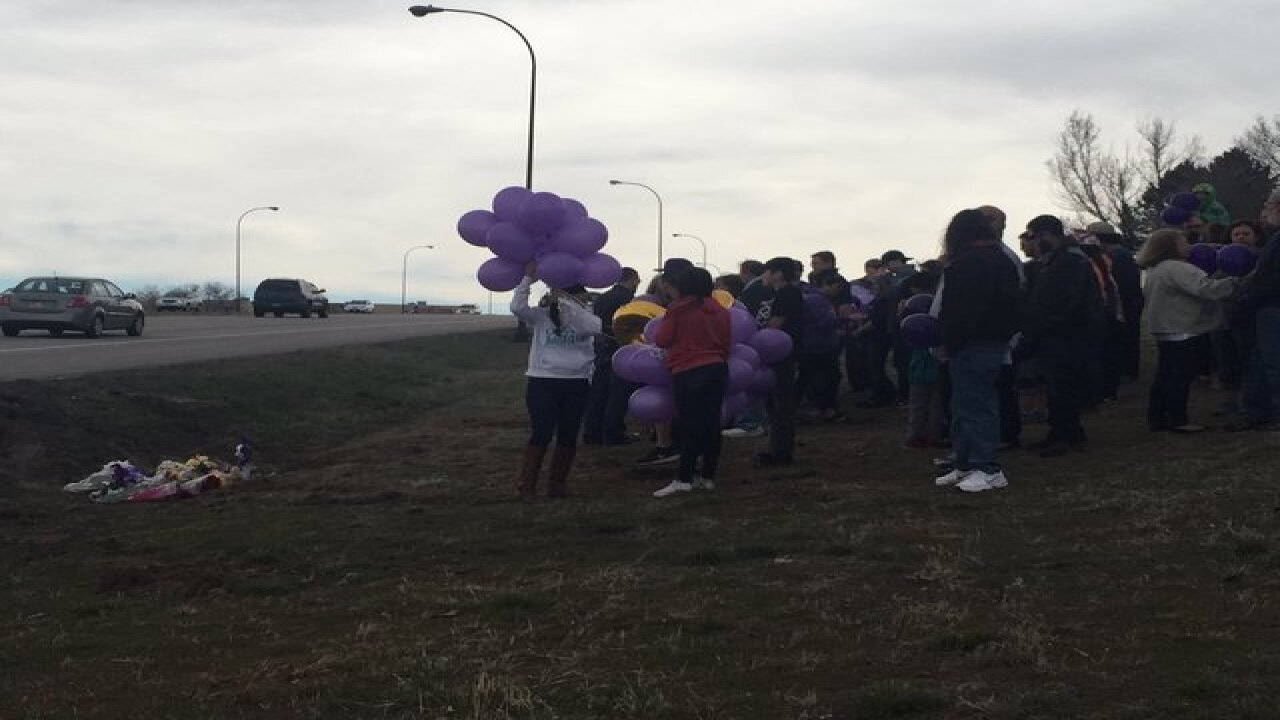 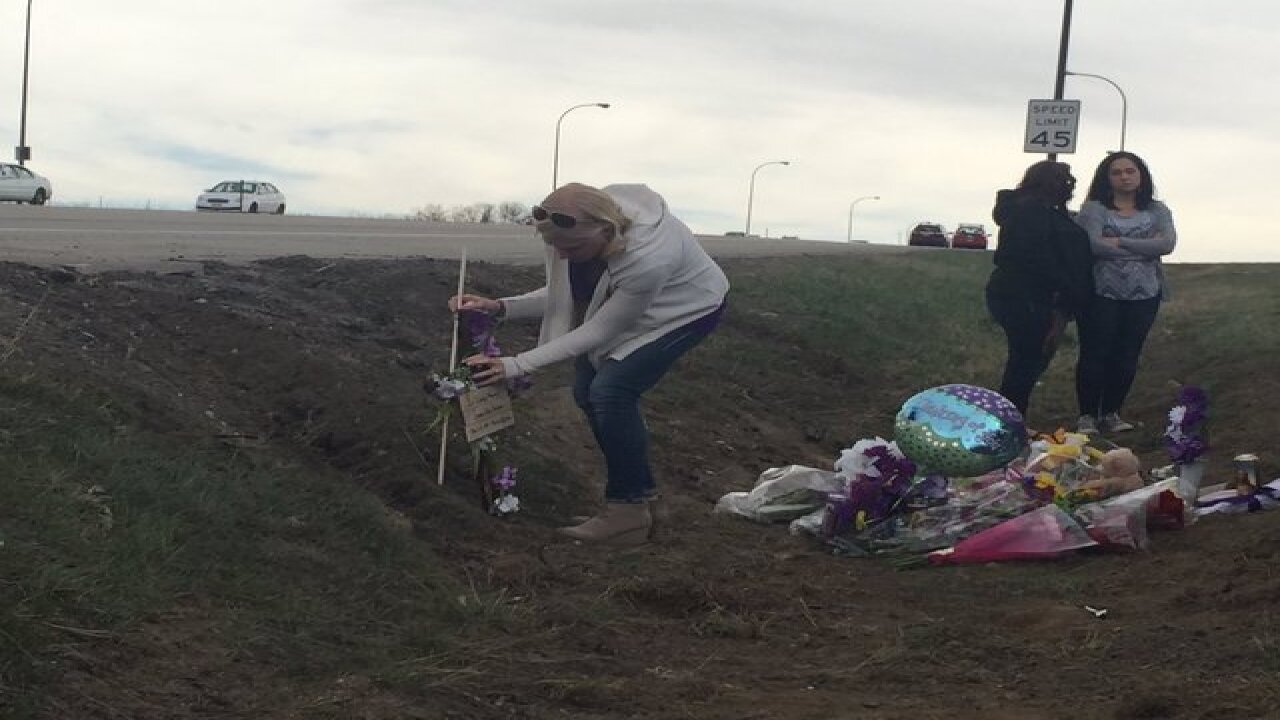 Family and friends of a young Thornton mother who was killed as police were chasing two suspected car thieves, gathered at the site of the deadly crash Sunday afternoon for a memorial service.

Holman's mother spoke to the crowd of nearly 100 people, urging them to take with them an important message:

"Call your children and tell them you love them," she said, "and leave today a changed person because our lives are changed forever."

Loved ones of Jessica Holman, 33, yelled out, "We love you Jess!" as they released dozens of purple balloons in her name in the area of West 94th Avenue and Wadsworth Boulevard.

Loved ones yelled out "we love you Jess" as they released balloons in her name. She was just 33. pic.twitter.com/iIIj7k5F4I

A cross was also planted along the side of the road with the words, "In loving memory of Jessica Holman," inscribed on it.

Friends described Holman as loving mother to her 10-year-old son.

"She was a kind spirited person," said Lindsey Sunday, whose known Holman since middle school. "She had a contagious smile that really just would light up a room."

The memorial service comes just two days after the remaining outstanding suspect in the deadly crash was arrested by Westminster Police.

Ignacio Paul Diagle, 19, also known as Paul Salazar, was arrested Friday at around 6 p.m. The teenager had a warrant out for his arrest for intentionally driving across the median and slamming a stolen truck head-on with the vehicle of Jessica Holman.

The first suspect, whose identity remains unknown at this time, was arrested shortly after crash on Tuesday evening.

Westminster Police told Denver7 the two suspects stole a Ford F-350 pickup truck and a trailer with two off-road vehicles from a house in the area of Wadsworth Boulevard and West 88th Avenue. The owner saw the thieves and began to follow them and called police.

The man whose truck was stolen did get one of his off-road vehicles back. The razor vehicle had fallen off the trailer on the 8600 block of Queen Street.
Holman's family has set up a GoFundMe account to help with expenses.
Scripps Only Content 2016