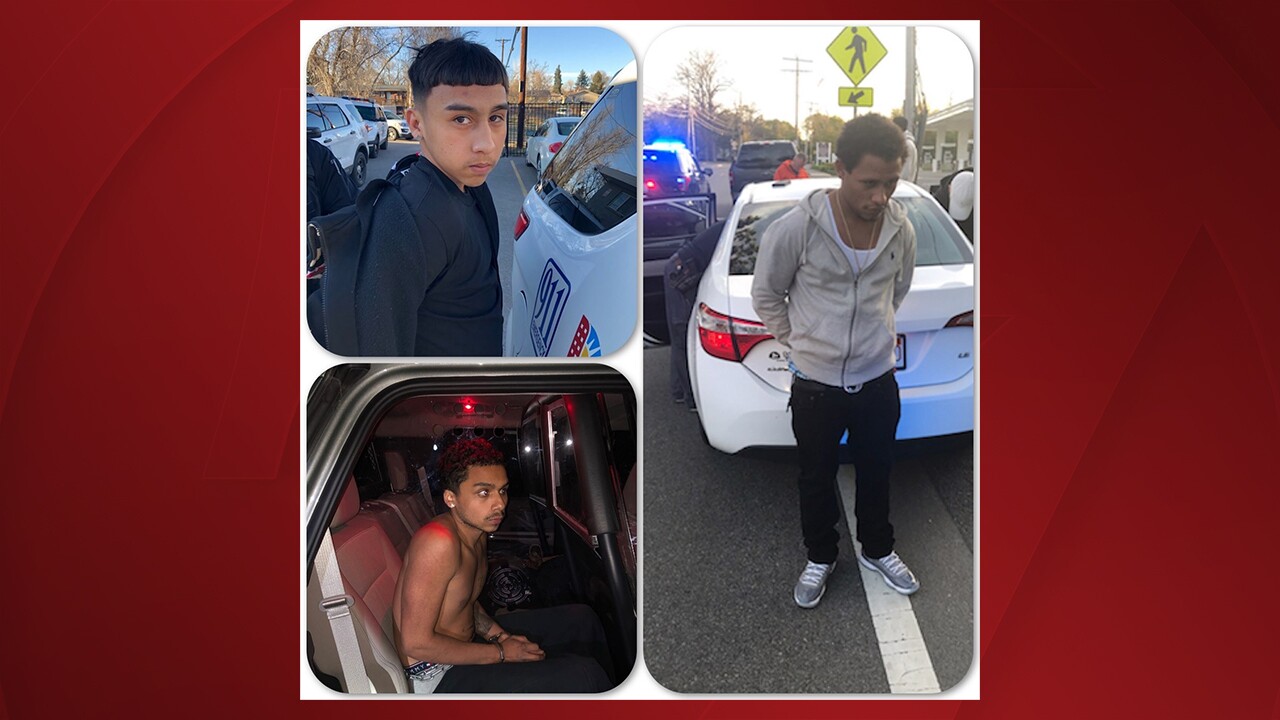 BRIGHTON, Colo. — All three suspects have been captured in a shooting that left five people injured at a home in Brighton in February, authorities announced Friday.

Eugene Jaszczyk, 17, Bobbie Blake, 18, and Jerimiah Peterson, 17, each face five counts of attempted murder in the Feb. 29 shooting, according to the Weld County Sheriff's Office.

Jaszczyk was arrested in Denver on March 10. As the investigation continued, Peterson was arrested May 5 at his home in Aurora and Blake was arrested Thursday in Brewster, Mass., officials said.

All five victims in the shooting were taken to hospitals with non-life threatening injuries. The incident happened at a house near Weld County Road 2, or 168th Avenue, and Starr Lane, just north of Brighton.

“These three young men perpetrated a senseless act of violence that will forever change the lives of their victims,” Weld County Sheriff’s Office Investigations Sgt. Aaron Walker said in a news release. “By providence, all of their victims are alive today to see justice served.”