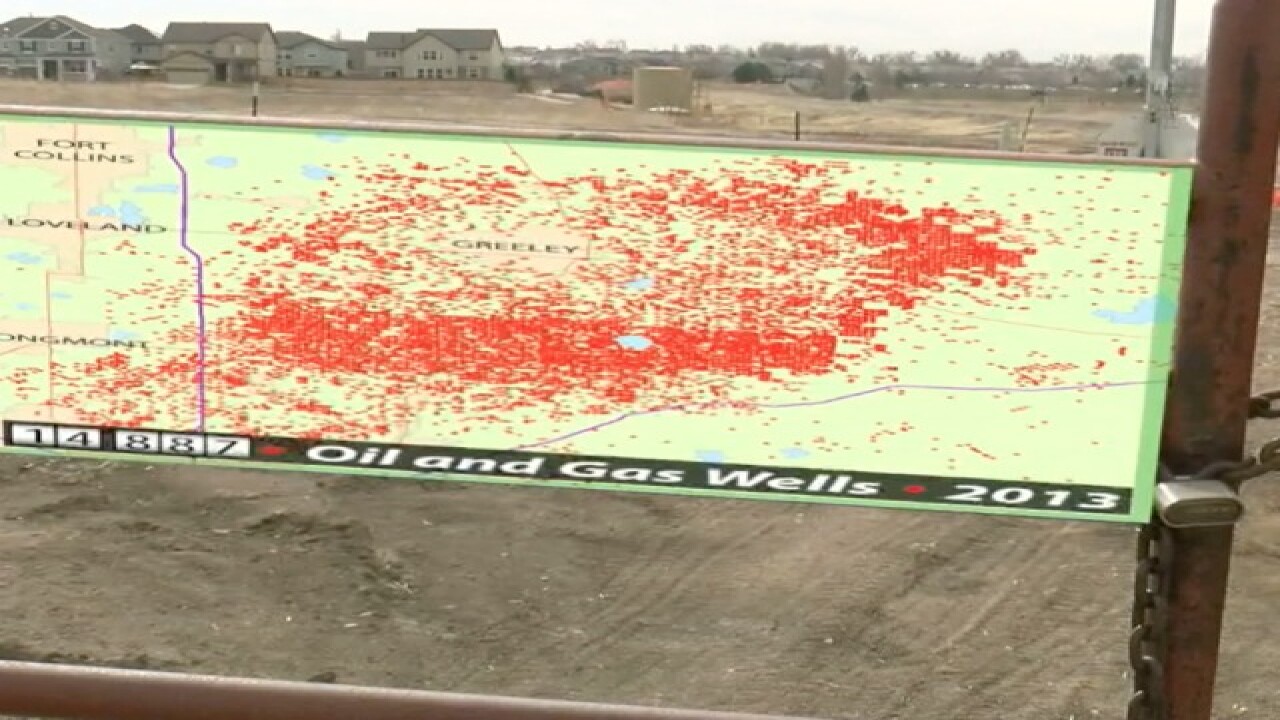 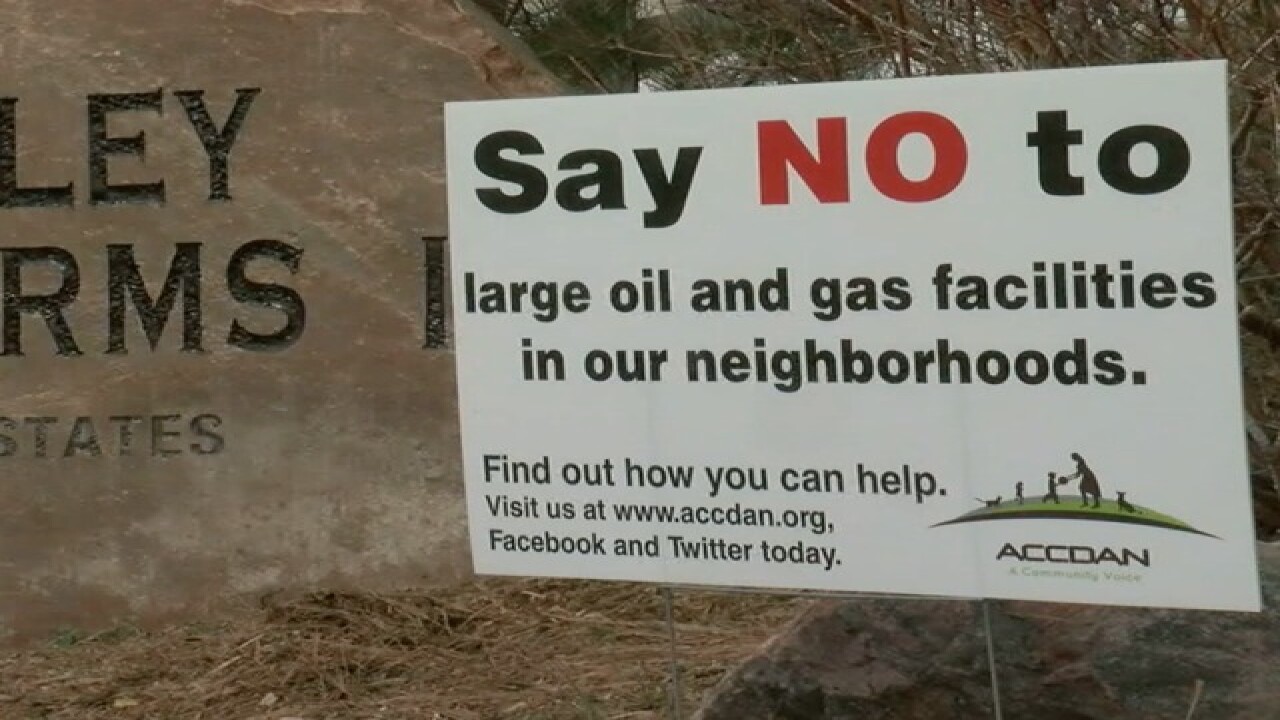 Plans are constantly being written up for new oil and gas drilling sites in the state of Colorado, and one lawmaker is taking steps to protect the growing number of concerned homeowners.

State representative Joseph Salazar has introduced a bill that would hold oil and gas companies accountable for any potential damages from oil and gas activity. He spoke with a group of concerned citizens at a residence in Thornton on Saturday morning.

The concern in Thornton comes from a plan to build a large drilling site directly across the street from Rocky Top Middle School off York Street near 144th Avenue.

Thornton resident Stacy Lambright isn't buying the rhetoric that "fracking," as the technique is most commonly refered to, doesn't pose significant hazards. She wonders what kids who are out at recess will breathe in and what will be in their water once the drilling site is up and running. She isn't only concerned about the 1,400 students at Rocky Top, but schools and homes across the state that are or will be surrounded by drilling sites.

Lee Fuller, Vice President of Government Relations for the Independent Petroleum Association of America, was cited in an article by U.S. News and World report in 2011 . He talked about the concerns over water contamination.

"The EPA has publicly stated that fracturing does not pose a significant threat to groundwater," he wrote.

"It's a finding that's been corroborated by the U.S. Departments of Energy and the Interior, by countless state regulators and by the Ground Water Protection Council."

Rep. Salazar's bill, HB16-1310, won't stop fracking -- but he hopes it will make oil and gas companies think before setting up sites near schools or homes.

"If in the course of your activities you are unsafe and it causes harm to others .. you're going to pay for it," said Salazar.

Other more general concerns also came out of the discussion between Salazar and homeowners:

Rep. Salazar wants his bill to make it through the senate so citizen's voices can be heard.

"There is a balance to being able to excavate our natural resources and still take care of the public," he said.