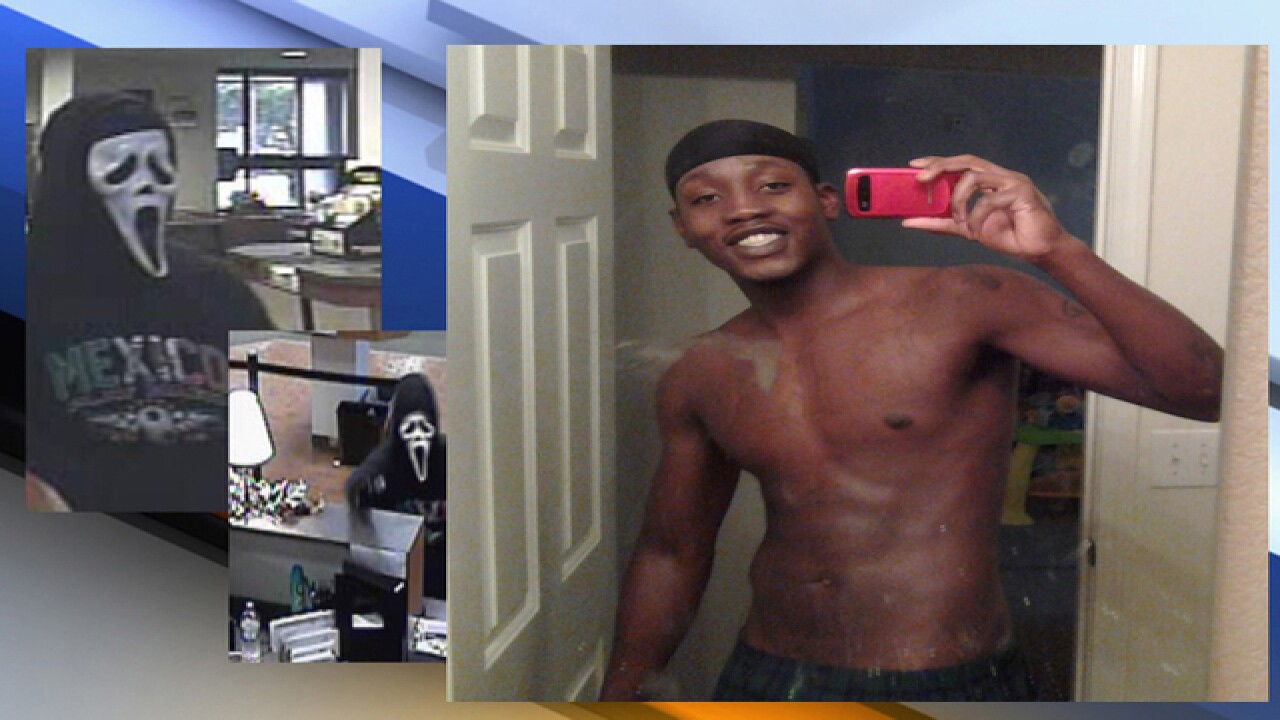 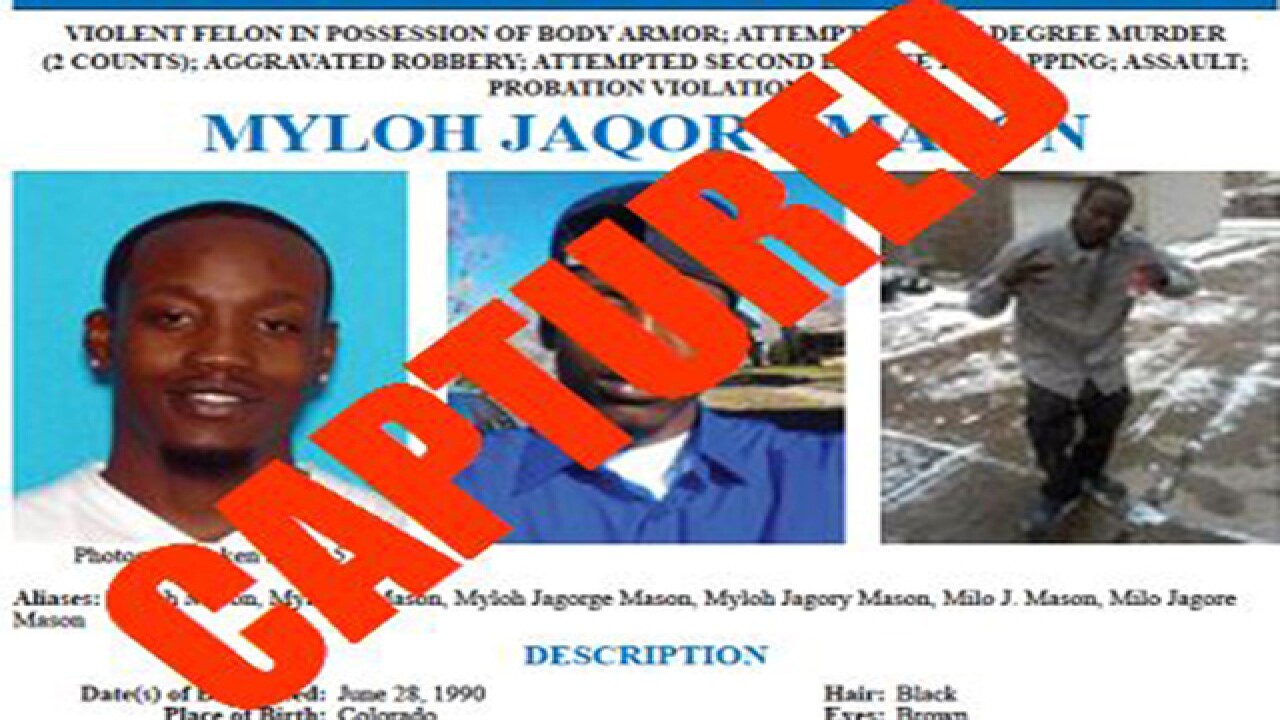 The last remaining "Scream" bank robbery suspect wanted in connection to a violent crime spree in Lakewood was arrested Friday afternoon in Thornton.

Myloh Jaqory Mason, 25, was taken into custody by the FBI’s Rocky Mountain Safe Streets Task Force (RMSSTF) at a Motel 6 in the area of I-25 and 84th Avenue at around 5:30 p.m., according to an official with the FBI Denver Division.

“The capture of this dangerous felon means our community is safer, because we believe Mason would have continued committing violent crimes while he was on the run,” said FBI Denver Division Special Agent in Charge Thomas Ravenelle. “I thank each of the task force members for their hard work and commitment, as they worked day and night to get him behind bars.”

Mason is believed to have robbed at least two banks last fall.

The first robbery took place on Sept. 30. Mason and two others wearing costumes and masks from the movie "Scream" allegedly shoved guns in the faces of bank tellers and told them they would die unless they opened the vault, RMSSTF officials said.

The second bank robbery happened on Nov. 18. Agents said Mason and two others wore bright green and white skeleton masks when they took over the bank, allegedly brutalized tellers and got into the vault . In their getaway, Mason and his partners allegedly shot two innocent people.

RELATED: Violent bank robbers got away with $50,822 before carjacking and shooting two people

One suspect, Miguel Sanders, was found hiding under a school bus that day and was arrested. A second suspect,  Tyron Richardson was arrested  thanks to a tip days later.

The FBI placed Mason on their Ten Most Wanted Fugitives list in Dec. 17 and offered a $100,000 reward to anyone that could provide information of his whereabouts.

FBI says SWAT surrounded hotel, evacuated building & then called out on a speaker for Myloh Mason to come out, walked out w/ his hands up.