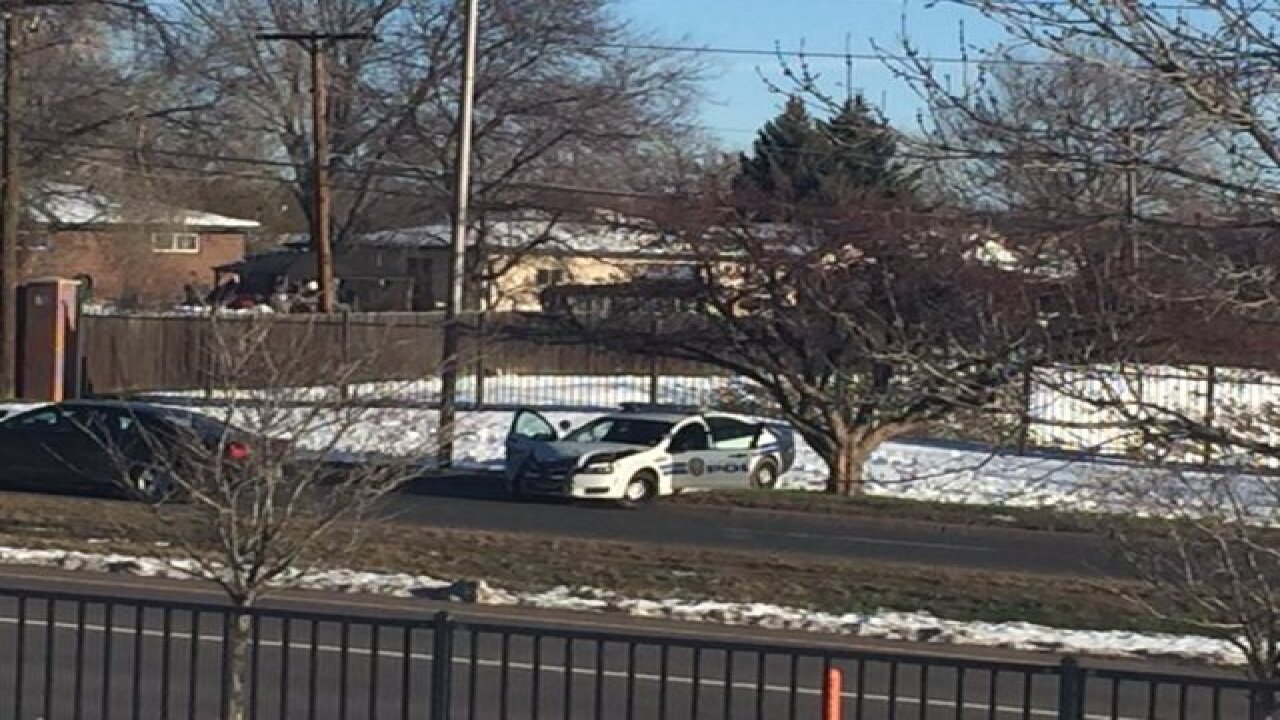 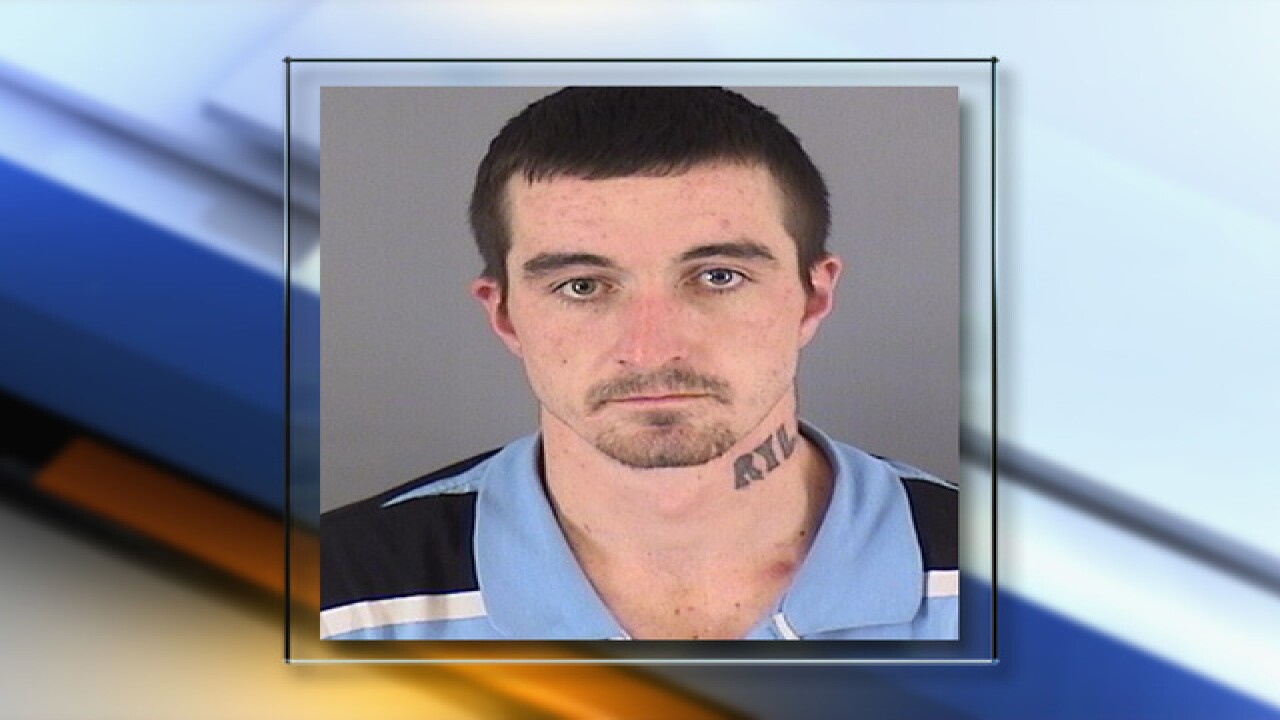 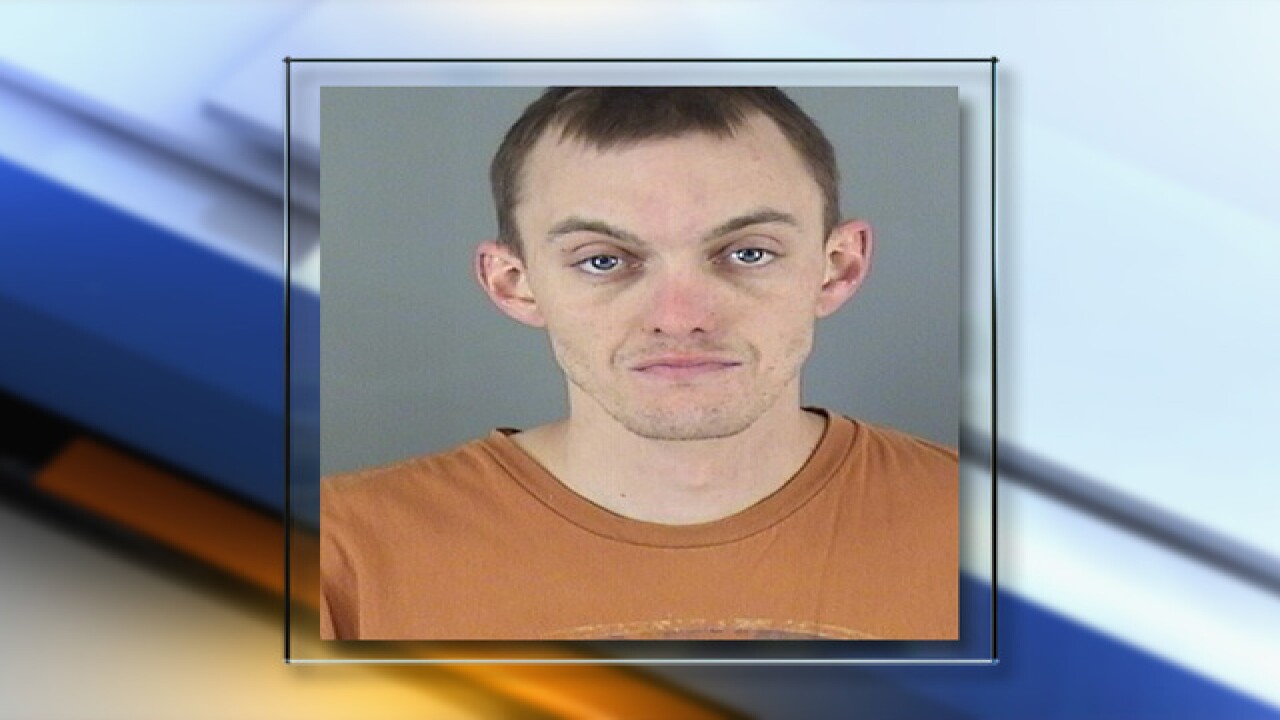 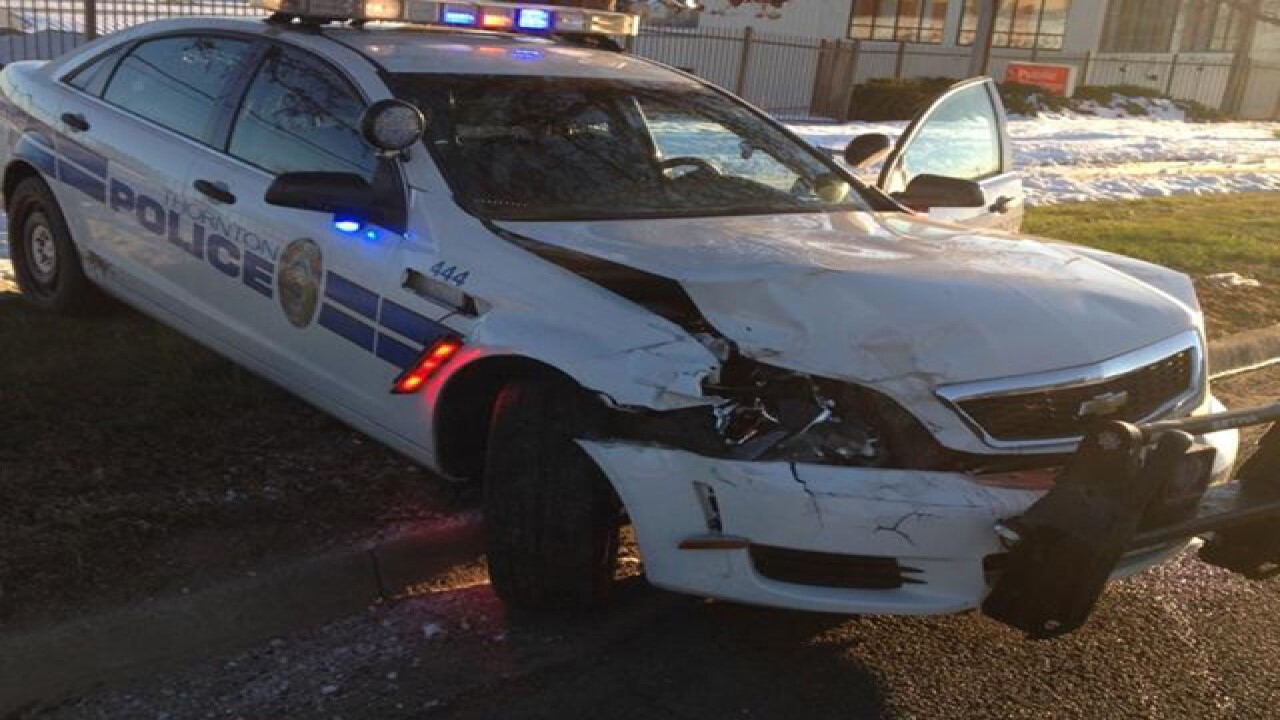 A police chase through Thornton ended with a stolen truck crashing into two squad cars Saturday morning injuring the officers inside.

Police said this started just before 7 a.m. when an off-duty security guard noticed a pickup truck backed up to a liquor store on 120th Avenue near York. It appeared the suspect used the truck to pry open the metal door and break in.

The guard called police and followed the suspect, who he noticed had a gun, as he picked up another man. By then police were tracking the pickup.

Officers tried to stop the vehicle at Quebec Street and East 128th Avenue. The vehicle did not stop and officers began a pursuit which went down Quebec to 120th. The vehicle then went west to Irma Drive and drove south to East 104th Avenue.

When the vehicle turned onto 104th officers decided to use a PIT maneuver to stop the fleeing truck. In a PIT maneuver, an officer drives up behind a car on one side and hits its tail end, causing it to spin out.

Two officers were taken to the hospital with minor injuries, but were released short time later, according to Cabot.

The two men in the pickup were taken into custody. Nathan Wallace, 32, is facing felony charges of first-degree assault on a police officer, possession of a weapon by a prior offender, burglary and eluding. Richard Arnold, 27, was arrested on outstanding warrants.

Police said both the truck and the gun in this case were stolen.