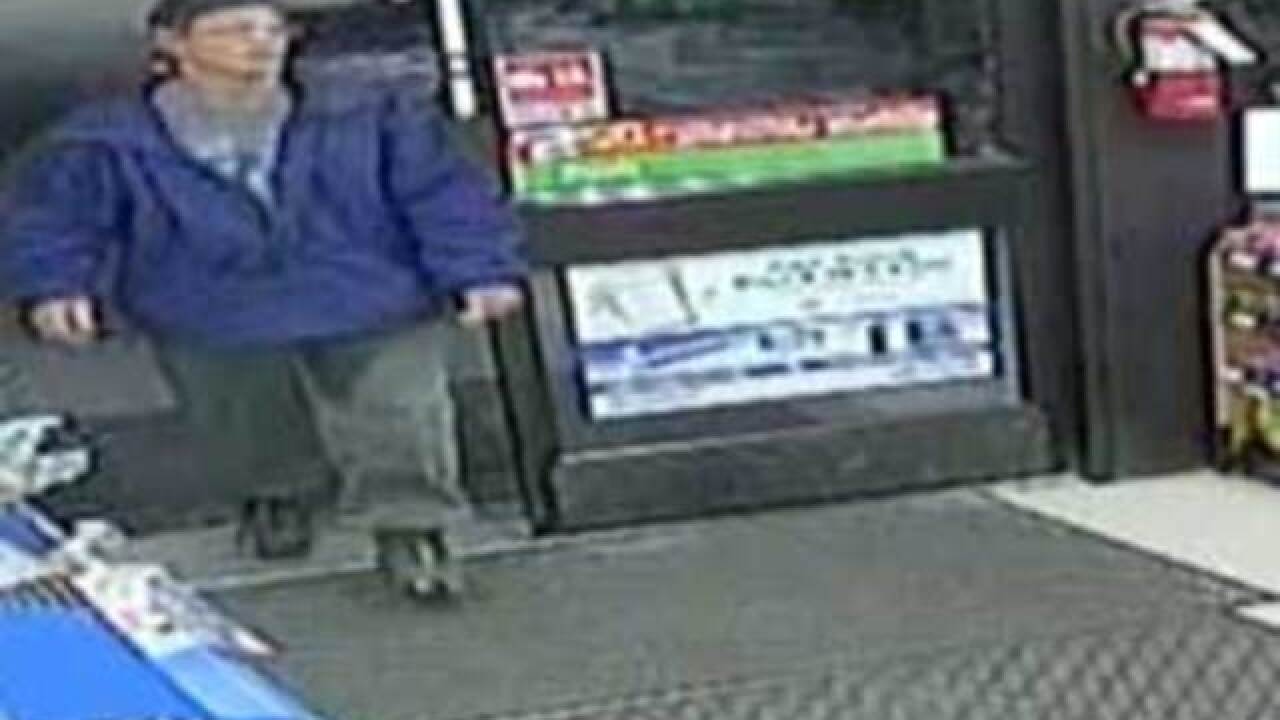 Authorities are asking for your help to find the man who is stealing donation jars.

The Police Department released video of the suspect from one of the thefts. It shows the man walking in, walking off camera, then grabbing the jar and running out. The video also shows the suspect's getaway car.

If you recognize the man, call Parker police.

The donations in the jars were meant for the charity, Feeding America.