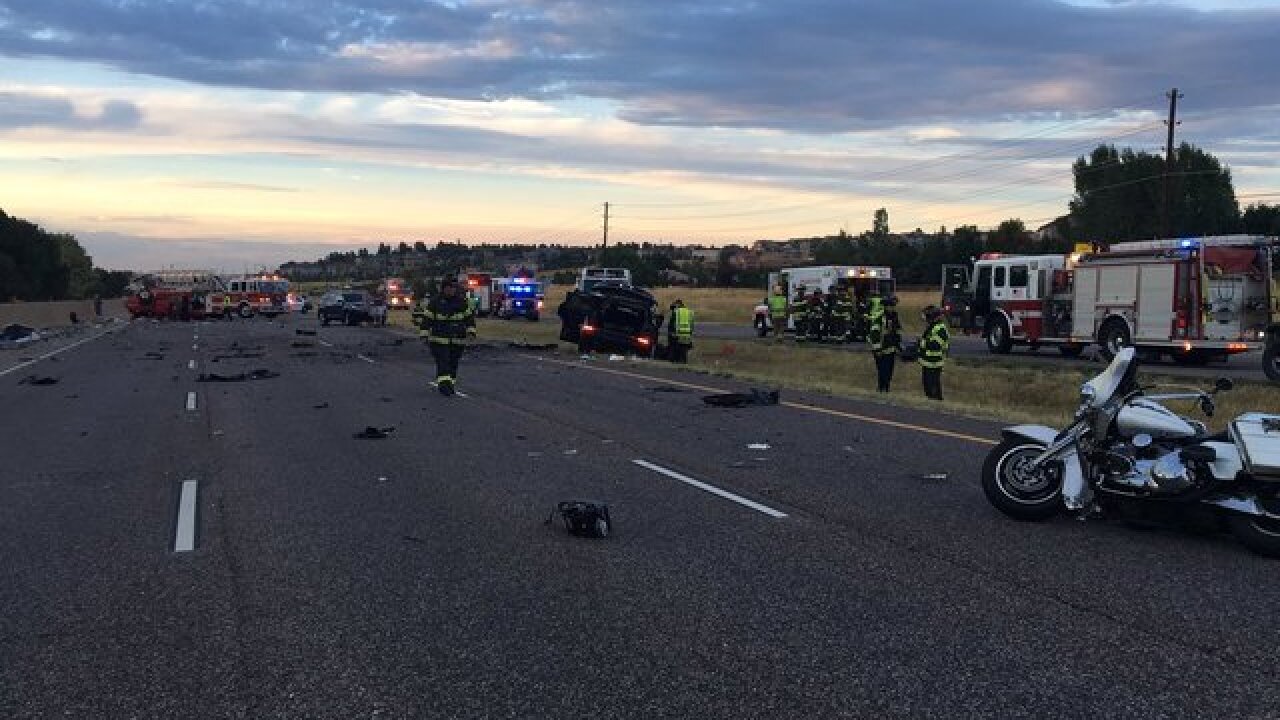 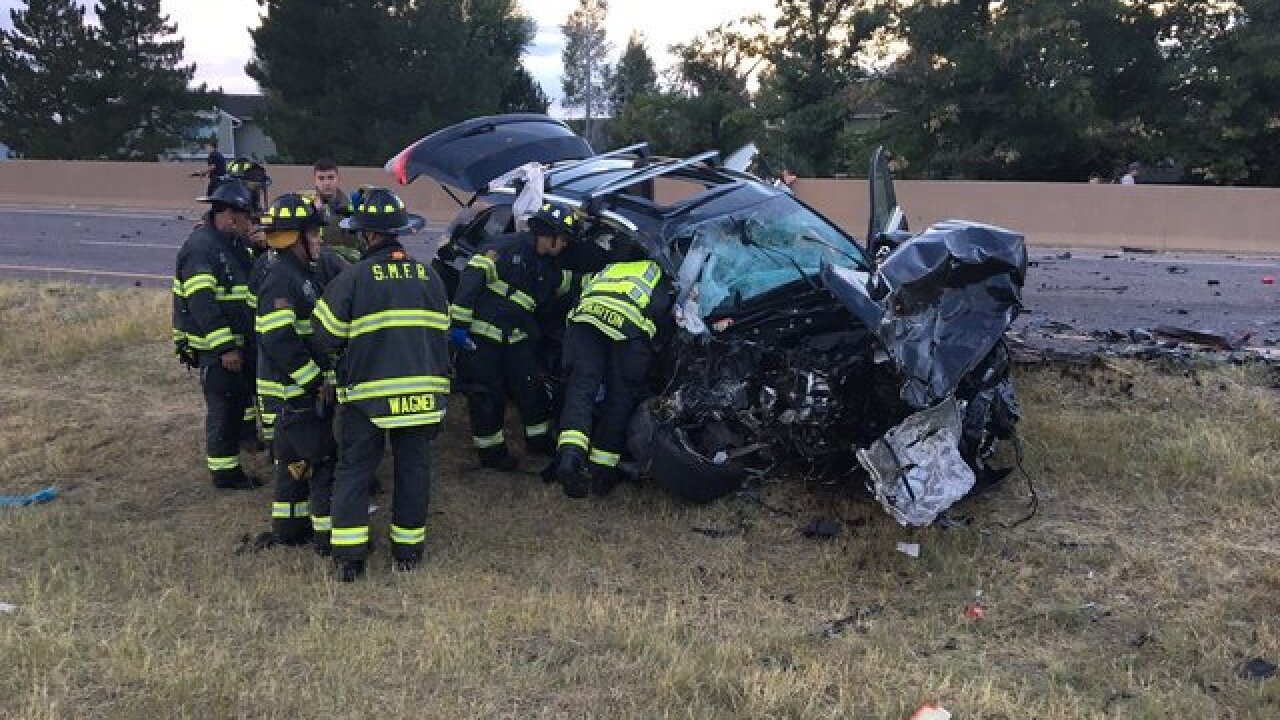 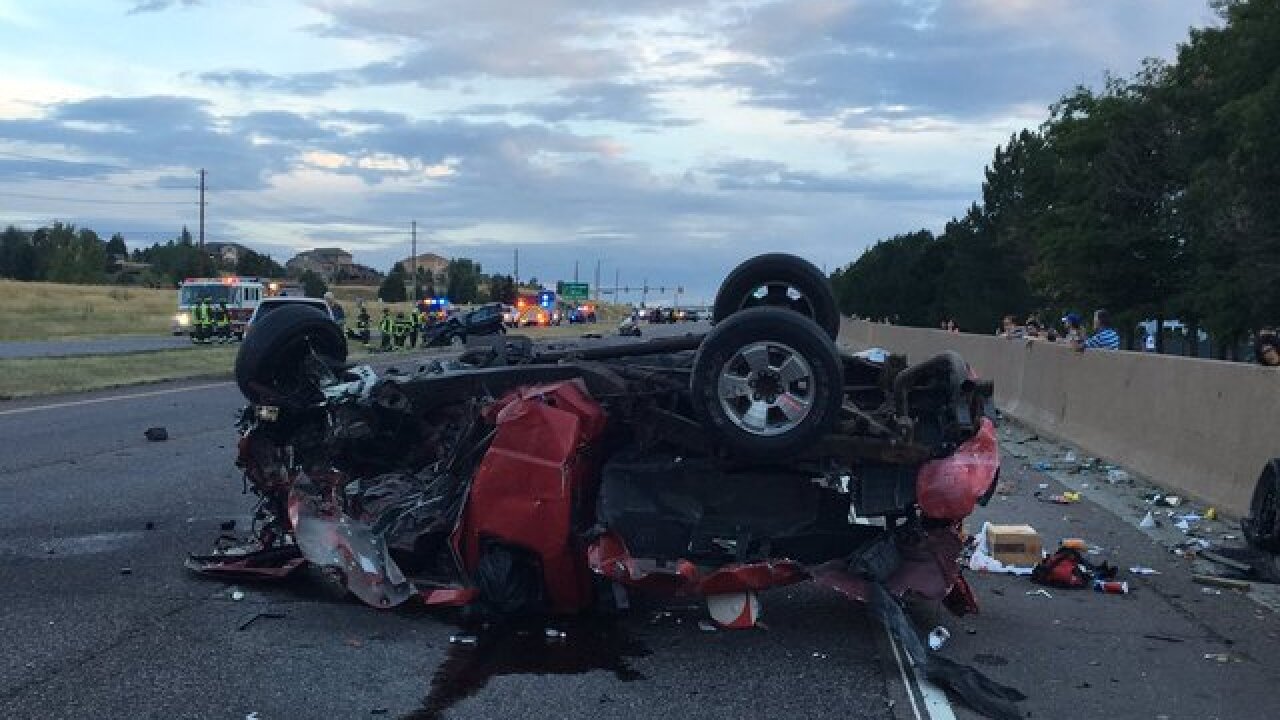 PARKER, Colo. -- A driver going the wrong way was killed in a multi-vehicle crash Saturday night that left seven people injured, including a child.

A spokesperson for South Metro Fire Rescue told Denver7 the deadly crash happened along Parker Road at around 6:30 p.m.

"A fatal crash occurred yesterday when a vehicle traveled northbound in the southbound lanes of traffic on Parker Road between J. Morgan (Boulevard) and Hess (Road)," a Parker Police Department official said on a Facebook post.

Southbound Parker Road near J. Morgan Boulevard was closed overnight as an accident reenactment team worked to find a cause for the accident. All roads were back open by 6 a.m. Sunday.

Crews had to extricate several people from cars, proving a challenge for first responders. Seven people were transported to a hospital, including one child, who had to be airlifted.

Denver7 was not immediately able to confirm their conditions.

Hurst said several people stopped to help and called 911 immediately after the crash.

Investigators are working with witnesses to understand exactly what happened, including accounts of the truck involved going airborne.

“Most of what I have heard is that this was a very high speed accident,” said Hurst, “and the vehicle that did roll over was seen, what people describe to me, as airborne, again, until the police department completes the investigation we don't know for sure, but people did report that it was a high speed accident.”

Investigators believe that alcohol was involved in this deadly crash.